Today’s update is for you, our Kickstarter backers!  You’ve been asking and we’ve been listening.  We’ve had many requests for a simple summary of what Shroud of the Avatar IS, so here goes!

What IS Shroud of the Avatar?

Shroud of the Avatar is the “spiritual successor” to Richard’s previous work in the FRP genre. Our primary objectives are to tell a story even more compelling than Ultimas IV-VII, create a virtual world more interactive than Ultima VII, develop deep rich multi-player capabilities beyond combat akin to Ultima Online, and offer a bold new approach to integrate them with “Selective Multi-Player”.

Just as Richard Garriott conceived the original Ultimas as a Trilogy of Trilogies (Ultimas 1 thru 9), he has conceived Shroud of the Avatar as encompassing five, full-length games. Shroud of the Avatar: Forsaken Virtues is the first of this epic story, referred to as an Episode, with an estimated release date of October 2014. Forsaken Virtues will stand on its own as a full-length game, with at least 40+ hours of content (and probably much more).

Shroud of the Avatar: Episode 2, will be a second, full-length standalone sequel to Forsaken Virtues, released approximately one year after Forsaken Virtues. The remaining 3 episodes are planned to be released one per year, all as standalone games. They will utilize the same game engine, allowing players to migrate back and forth, traveling a continuum across all Episodes! Once released to the public, each Episode is expected to be priced as a full retail product!

To show our appreciation for early backers, we have added the new $80 Royal Artisan tier that not only includes the DRM-free, digital download version of Shroud of the Avatar: Forsaken Virtues (Episode 1), but ALSO includes the DRM-free, digital download versions of the next TWO, full-length, standalone games! Shroud of the Avatar Episode 2 and Episode 3 (including Beta access to Episodes 2 & 3)! In addition to getting all three games, this exciting new tier is chocked-full of exciting goodies. Check it out in more detail in Update #16!

Now we know that there is really no NEW information in there, so we wanted to give you something else!  For those of you who have asked, “Will I be able to play as a female Avatar?”  Yes you can, as seen in this new Character Concept art! (The full sized version can be downloaded from the Shroud of the Avatar Media Gallery. 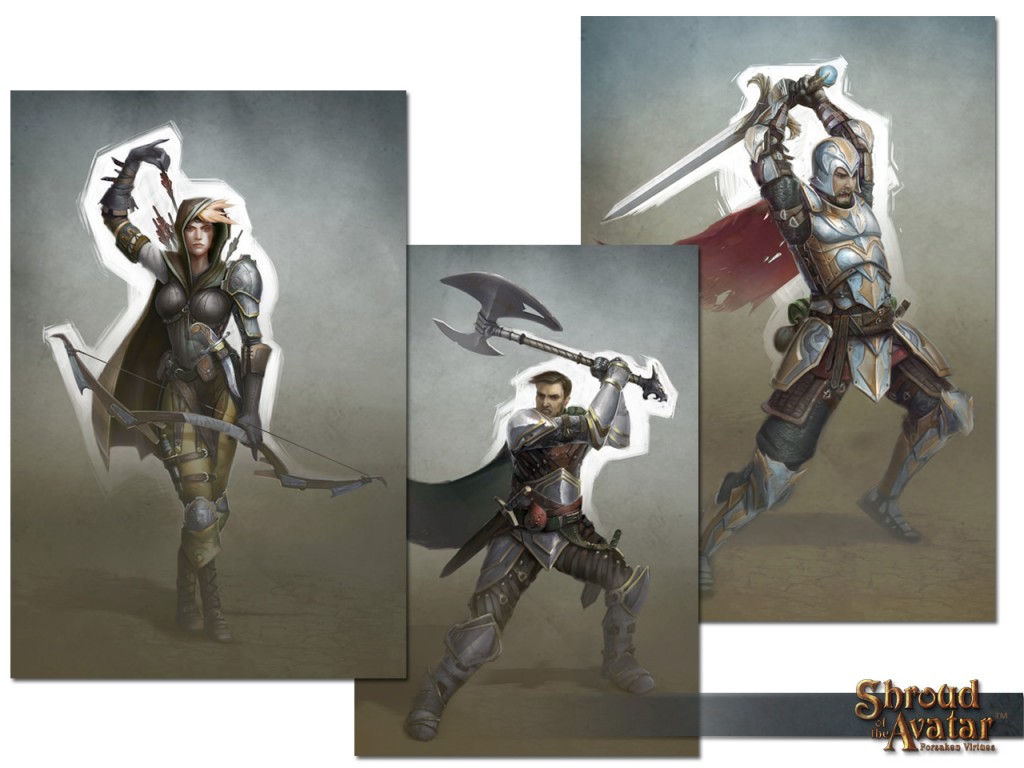