Release 66 is the second release in which we focused on the current iteration of our Top 10 Priorities (from Q2 2019 Schedule Update). While we made some progress on these priorities we are also working on a major overhaul to the New User Experience as part of a capture and recapture email campaign that has caused us to pause and/or delay some of the originally planned for R66 deliverables. 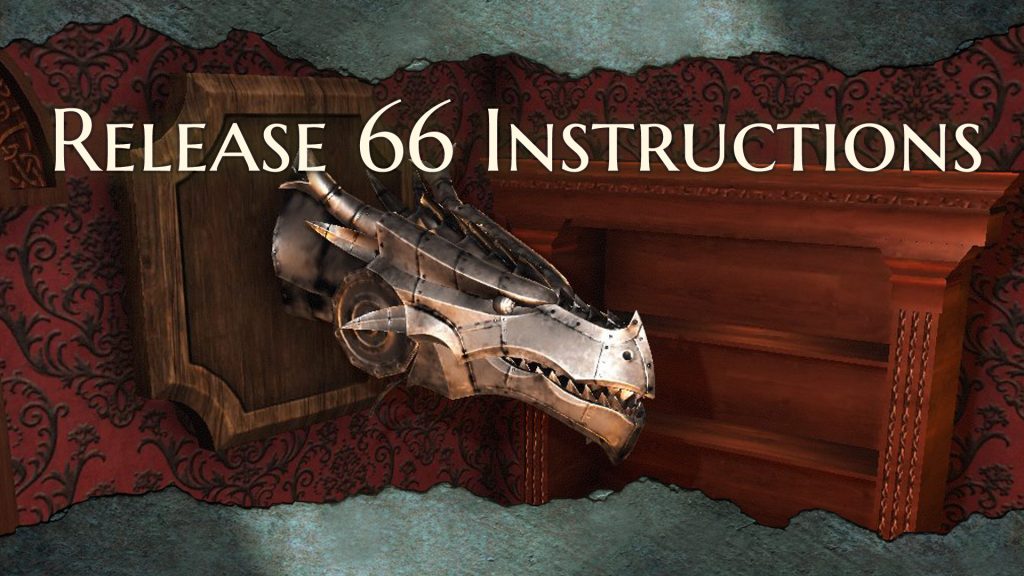 Without further ado, here is a list of what you can expect to see in Release 66.

The rest of 2019 will continue to be an amazing year for Shroud of the Avatar players! Crafting specializations (choose your effects!), Row Lots with Open Space, Grandmaster Craftsman only effects, Mannequins, more loot improvements, more expansions to the fishing system, better boss fights and more.