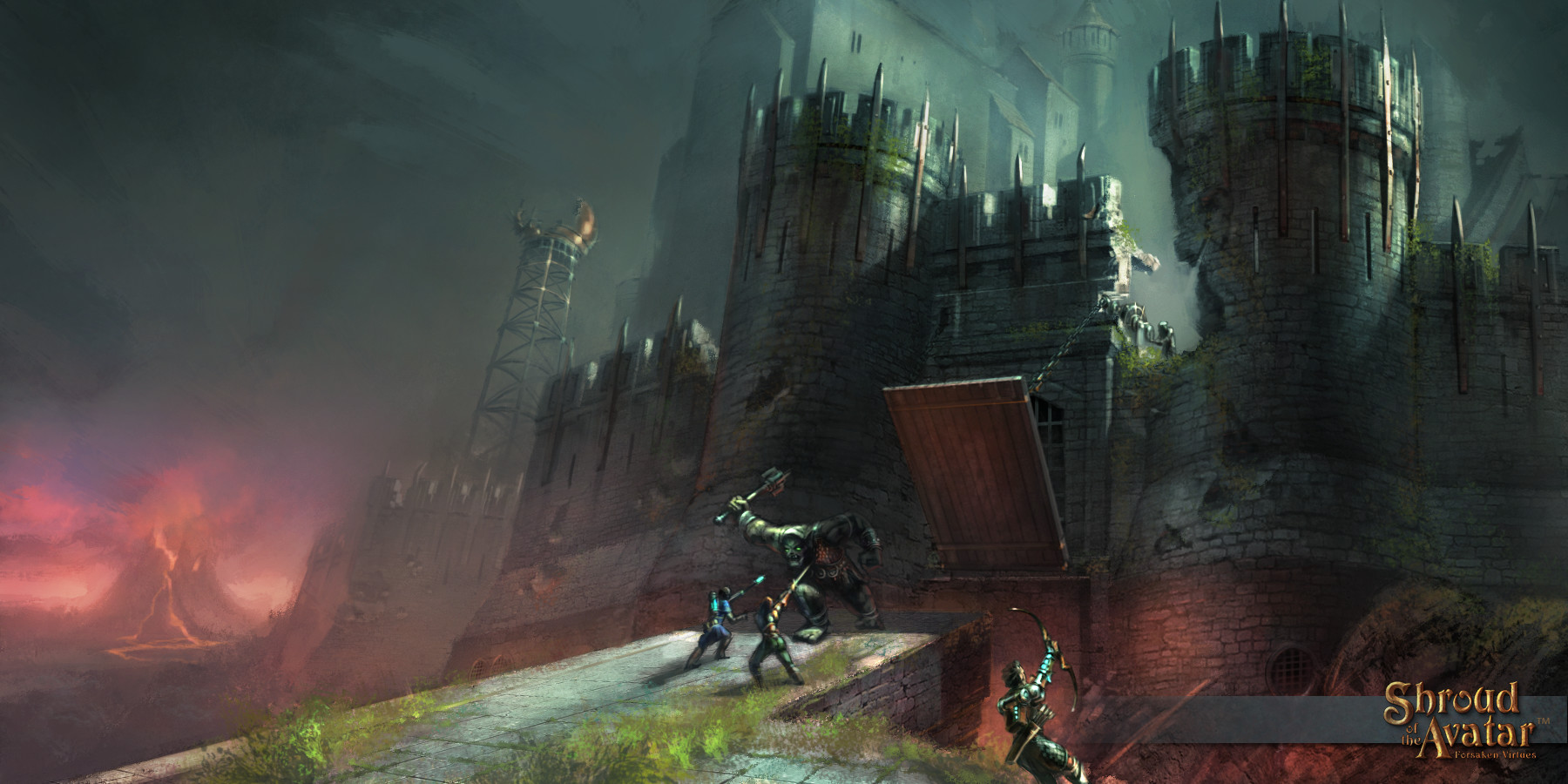 One of the scenarios we are building starts with the player outside of a once-abandoned keep. The dark forces that had lain siege to this keep, eventually overtaking it, now defend their spoils against your attempts to retake it.

Below is the latest concept art from Stephen Daniele depicting the Fallen Keep. If you look closely, you will see that while it was under siege, one of the towers was badly damaged. This will allow the clever player (with ranged attacks) to attempt to drop the drawbridge by destroying the crank seen through the gap at some angles. There are other, less obvious ways, into this keep, to be discovered by the more exploratory player. Those other ways may leave the keep more defensible when the tides are turned yet again!