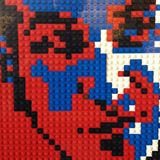 Thank you for being a loyal backer and follower of Shroud of the Avatar. Release 30 access for all backers at First Responder level and above begins this Thursday, May 26, at 10:30 AM US Central Daylight Time (15:30 UTC).

The pace of change as we approach Final Wipe and Lot Selection continues to accelerate as we make our final few, but quite impactful changes and additions to Shroud of the Avatar. Release 30 is full of these important changes, and includes large additions to the story, reworkings of the crafting system, and refinements of the new targeting mechanics we introduced in R29. 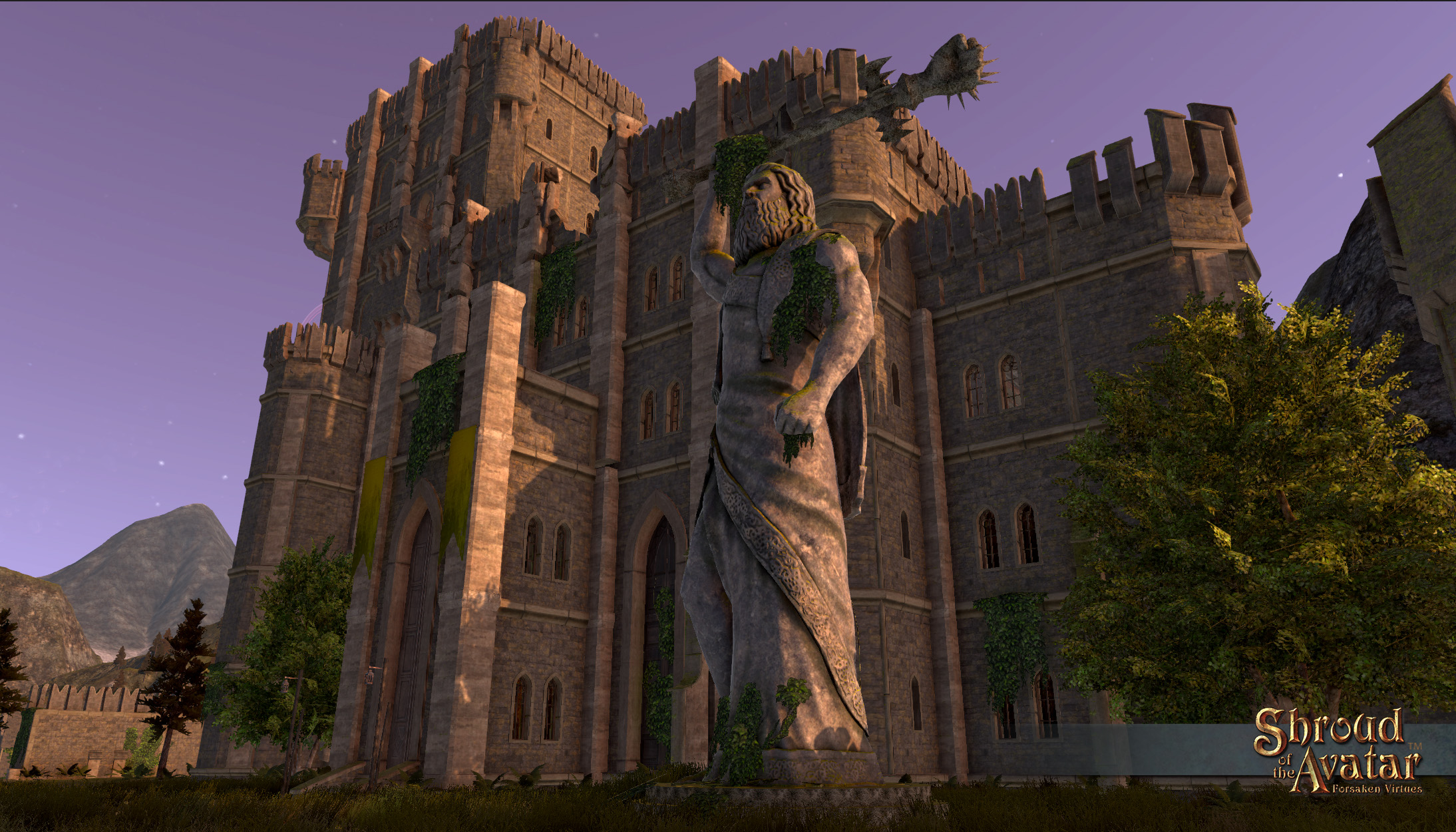 The statue of Grannus in front of the crumbling Valhold Castle

The biggest change of course is the change to maximum durability, which can no longer be repaired at crafting stations unless you use a Crown of the Obsidian (see below for details). I understand that this change to durability so that items eventually break permanently feels challenging to process right now. On top of that, the amount of time to gather materials and the sheer amount of materials it takes to make items seems daunting to say the least.  Our goal has always been that it takes specialization and time to become a crafter and the goods you sell should have real value. If we tune gathering to be fast and items to use only a few materials, then everyone could make their own goods and there would be no economy and no demand for crafters. If items continued to be in good repair indefinitely, then crafters would have no demand to fill once players got a favorite set of gear.

We believe that all of these designs are necessary to have a truly player-driven economy where effort is rewarded and the amount of time to make items is relatively commensurate to the time it takes to fight and advance through enemies. With all of that said, the entire experience needs to balance entertainment with effort and we will be carefully tuning the experience over the next few releases (and forever for that matter).

Crafting is finally also expanding with new skills including Masterworks;  which allow Smiths, Carpenters, and Tailors to add new abilities to items they create. This works exactly like the Enchanting we introduced for Alchemists in R29, although both of these systems now balance the power of the abilities added with reductions in durability. Our goal for the system is to create interesting choices between power and convenience. We also envision scenarios where Avatars might have specialized sets of powerful gear that they use for boss fights and PVP tournaments versus their everyday adventuring gear.

The Path of Courage:

In Release 29 Avatars were able to follow the Path of Love from beginning to end for the first time. In Release 30 the story again greatly expands with the Path of Courage now being playable. To support that, Valhold can be visited for the first time and various other scenes have been filled out with supporting story including Skrekk, Demig’s Battlecamp, Ferig’s Battlecamp, and Estgard. This makes two of the three Paths of Virtue playable, with only the Path of Truth left to implement in the game (which we will start in Release 31). We also have added the first of our three Companions who will adventure with you in Offline Mode.

Finally we spent time iterating and polishing the new targeting system we introduced in Release 29. Our goal was to provide the same level of functionality we had before we added the new system while still enjoying the advantages of the new system. To that end, we have added back in target selection and target cycling amongst a host of other changes (see below for details).

Yet again, I want to express a huge amount of gratitude to our Dev+ backers who tested all of the items below on the QA server and uncovered lots of bugs. They also provided editorial feedback on this post. So they are a big reason that this post actually matches what is in the game, and that it is easy to read.

While we are getting closer to launch, we are still in a constant state of change, and we do not yet have in-game systems to inform players of these changes, or to share ways to help them to explore new content and systems. This means we rely entirely on this message, and the linked instructions and known issues to convey the current game state. We regularly have to answer questions or filter bug reports because some players elect not to read this valuable information.

Also, remember that while we are providing new content with each release, our community is working overtime to make new events for you to enjoy. So, be sure to check out a couple of the Community Events Calendars run by our community members (via in-game book or the player run websites Avatars Circle Community Events and Events of the Avatars calendar).

Without further ado, here is a list of what you can expect to see in Release 30.

Dying to learn how to Survive