Thank you for being a loyal backer and follower of Shroud of the Avatar. Release 38 access for all Early Access backers begins this Thursday, January 26, at 10:30 AM US Central Standard Time (15:30 UTC).

Release 38 is one of our larger releases because some of the work was started before the holiday break and some of the content has been worked on for several releases (Xenos, Blood Bay, Scaled Crafting). 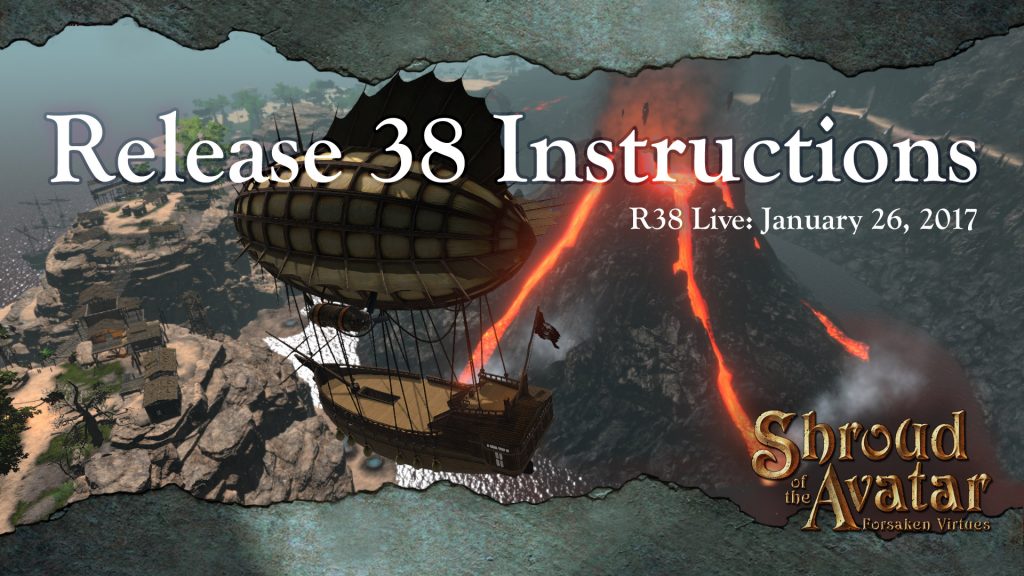 Scenes and Story: We made huge strides forward on multiple scenes throughout the game, including rebuilds of Brookside, Xenos, Vauban Pass, Solania, and multiple Perennial Coast scenes. We also added the new Canyon Siege scene to the Town Siege rotation and added the new PVP scene of Blood Bay to Spindrift Bay. Additionally, we began polishing the Path of Courage with special attention to Highvale. On top of all that, we did a massive cleanup pass in almost every scene in the game to fix bugs. Finally, to better help tell the story in all these scenes, we rebuilt the NPC conversation interface. 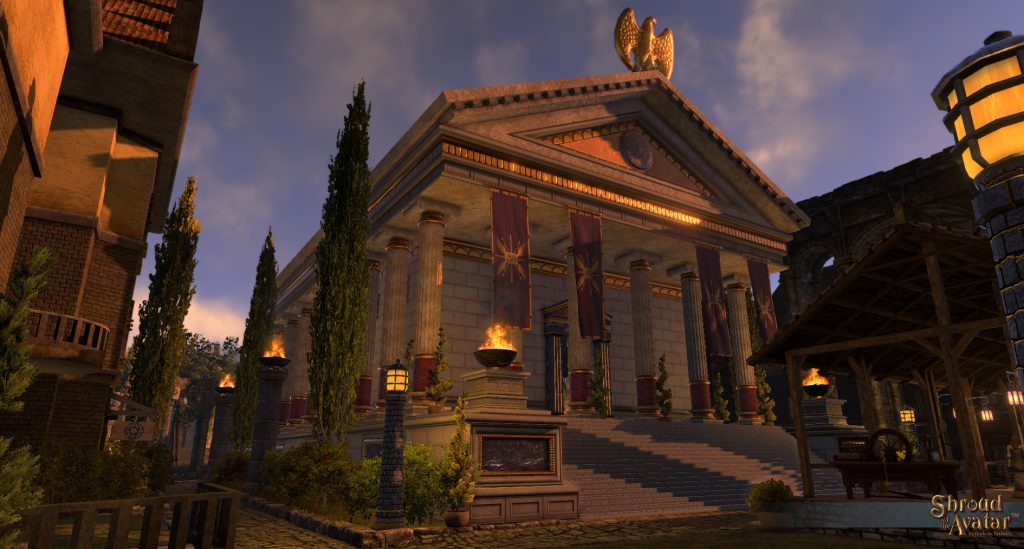 More Interactions: We changed the way that keys and locks worked in order to introduce the concept of breaking keys. We also began adding traps to existing scenes. Two types appear in Brittany Sewers and a third in Ardoris Sewers in R38. Finally, we created moving platforms and you can jump on the Blood Bay airship patrol to experience the first example of this new feature.

Scaling Crafting and New Recipes: Equipment improvements gained from Enchanting and Masterworking now scale with your skill level as well as the number of previous improvements. This greatly improves the rewards gained in exchange for the risk taken, and provides better incentives for specialization in crafting. We also added over 20 new recipes; mostly new combat potions. Additionally, we greatly improved the power of Bone Armor and Obsidian Gear.

Rare Loot: High level enemies now have a chance to drop a variety of new rare items, including 17 new combat potions and magical artifacts! The potions include stronger health and focus potions, potions that speed regeneration rates, and potions that grant increased stats. The magical artifacts are unique non-craftable items that, when worn, give the wearer unique benefits but also have some interesting downsides…

Yet again, I want to express a huge amount of gratitude to our Dev+ backers who tested all of the items below on the QA server and uncovered lots of bugs. More importantly, they caught some major balance issues before they got to the live servers. They also provided editorial feedback on this post. They are a big reason that this post actually matches what is in the game, and that it is easy to read.

While we are getting closer to launch, we are still in a constant state of change. We do not yet have all of the in-game systems needed to inform players about these changes, and to help them to explore new content and systems. This means we rely mostly on this message, and the linked instructions and known issues, to convey the current game state. We regularly have to answer questions or filter bug reports because some players elect not to read this valuable information.

Also, remember that while we are providing new content with each release, our community is working overtime to make new events for you to enjoy. Be sure to check out a couple of the event calendars run by our community members (via in-game book or these player-run websites: Avatars Radio and Events of the Avatars). You can get the latest official events on the Main Website.

Without further ado, here is a list of what you can expect to see in Release 38.