Please read this entire message, as well as the linked Player Instructions and Known Issues.

Welcome to the launch of Shroud of the Avatar: Forsaken Virtues (Episode 1)! After a successful Kickstarter and several years of amazing open development with our community we are finally ready to leave Early Access! The launch build (aka Release 52) goes live this Tuesday, March 27, at 10:30 AM US Central Daylight Time (15:30 UTC). 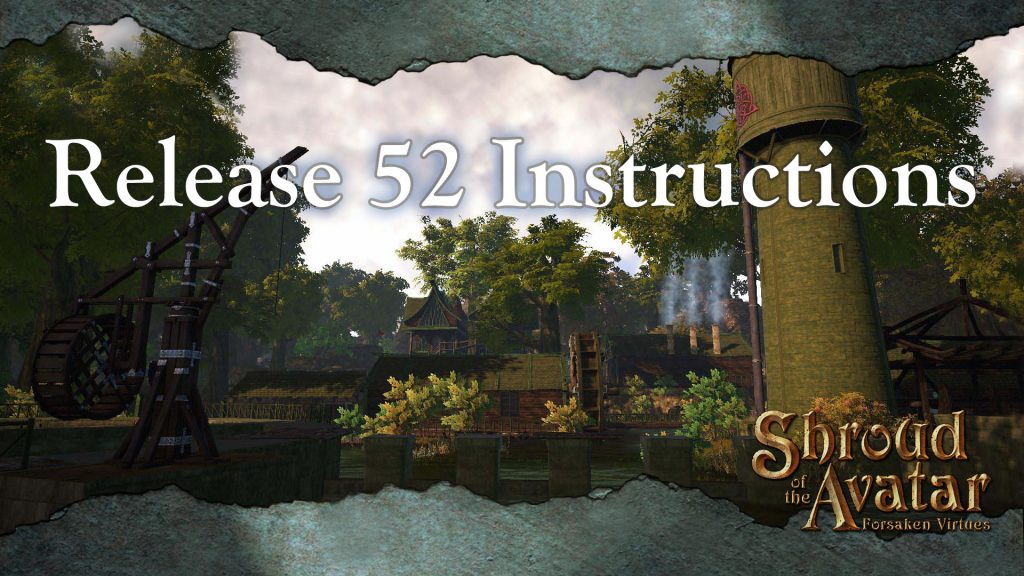 Release 52 is the third, and final, release in which we focused on the current iteration of our Top 10 Priorities for Launch (from Q1 2018 post). Once again, we were able to address almost every single item on that list in some fashion. We made incredibly strong progress on performance, player direction, story polish, enemy behaviors, and UI polish. We also finished more physical goods, including the certificates and runic card. Simultaneous to all of this, we had our launch event and participated in SXSW with a booth and numerous talks.

Performance: Changes to code and assets continued our steady forward progress on performance improvements. The biggest change for Release 52 was moving to a new terrain shader and migrating several scenes to that shader. These changes should show an increase of at least several frames per second in each of the migrated scenes. Significant progress was made on addressing memory leaks and unneeded allocations this release. This should help slow the memory growth of the client, reduce hitching, and also boost performance in high stress situations like party combat versus multiple enemies.

Companions: The three companions of Truth, Love, and Courage are now in the game with unique art and conversations. In Offline Mode, they will accompany you on your adventures and comment on those adventures along the way. 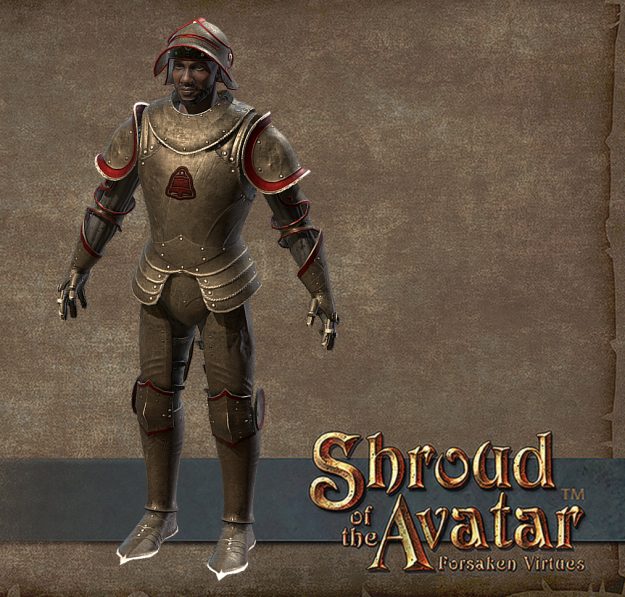 New Scenes: We continue to forge ahead on rebuilding scenes that were previously cloned from other scenes. In Release 52, we uncloned two more adventure scenes— South Boundless Forest and Blood River Forest—and we uncloned the town of Northwood. We also replaced North Quel Woods with a new shardfall, named Quel Shardfall, which was a result of the month-long meteor shower. 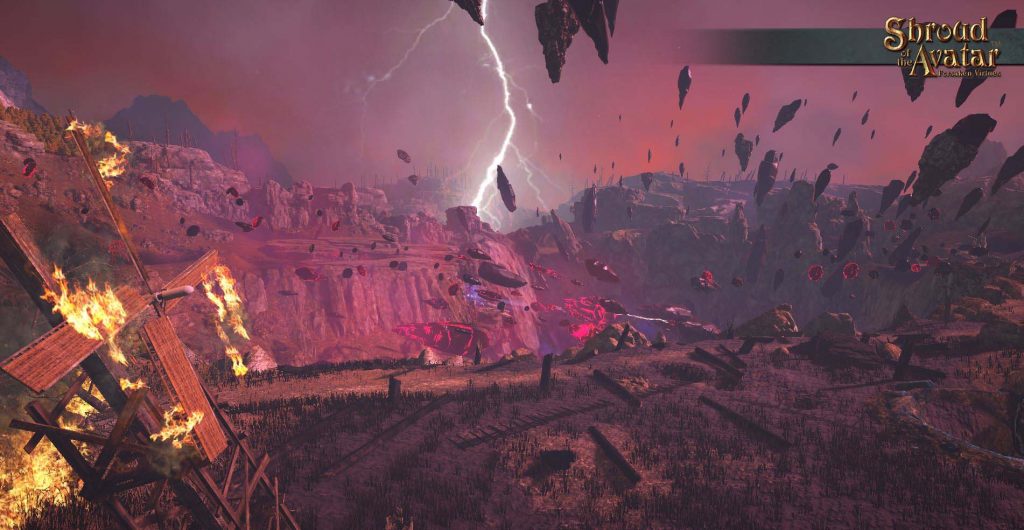 Story Polish and Side Quests: We continue to polish the story with additional side quests, balance, and conversation additions. The biggest change this release was new rules for spawning in Offline Mode, allowing players to clear out scenes of enemies. We also added several new side quests, including quests for the final virtue banners.

Multiple Characters: Eligible players will now be able to have multiple characters on a single account. Note that these characters will share virtue and will have a common bank account. Characters will also share guild membership and land ownership ( including lot access permissions and rentals).

Heraldry: Players will be able to create heraldry through a blazon generator (or direct image upload) that can be displayed on shields, tabard chest pieces, and banners in game. 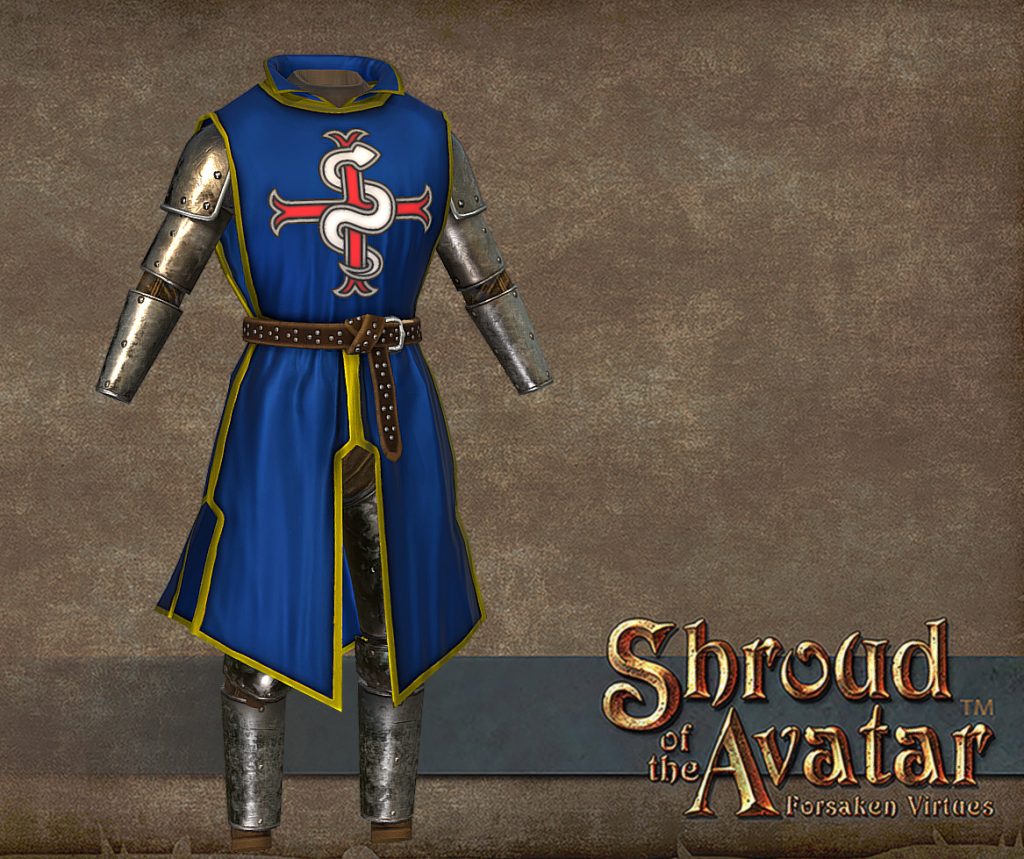 Before offering feedback and/or reporting a bug, we kindly ask that you read this whole message and the linked Player Instructions and Known Issues to get up to date on the current game state. To keep up to date, please check out the Patch Notes.

Without further ado, here is a list of what you can expect to see in Release 52.

We are so excited that Episode 1 is moving out of Early Access and is now going to be in full Live mode! Each month we will continue to provide you updates that will contain new content, new features, polish, bug fixes, balance changes, and more! Later this week, we will be providing the Q2 2018 Schedule Update which will outline what each monthly release will contain for the second quarter, including Looking for Group, Castle Defense Scenarios, more loot, more recipes, Brewing, more scene rebuilds, performance work, and much more!

A Peculiar Pastor Plays Shroud of the Avatar!