Release 55 is our third release since launching out of Early Access. As promised, we are continuing our cadence of monthly releases, just as before. Release 55 of Shroud of the Avatar goes live this Thursday, June 28, at 10:30 AM US Central Daylight Time (15:30 UTC). 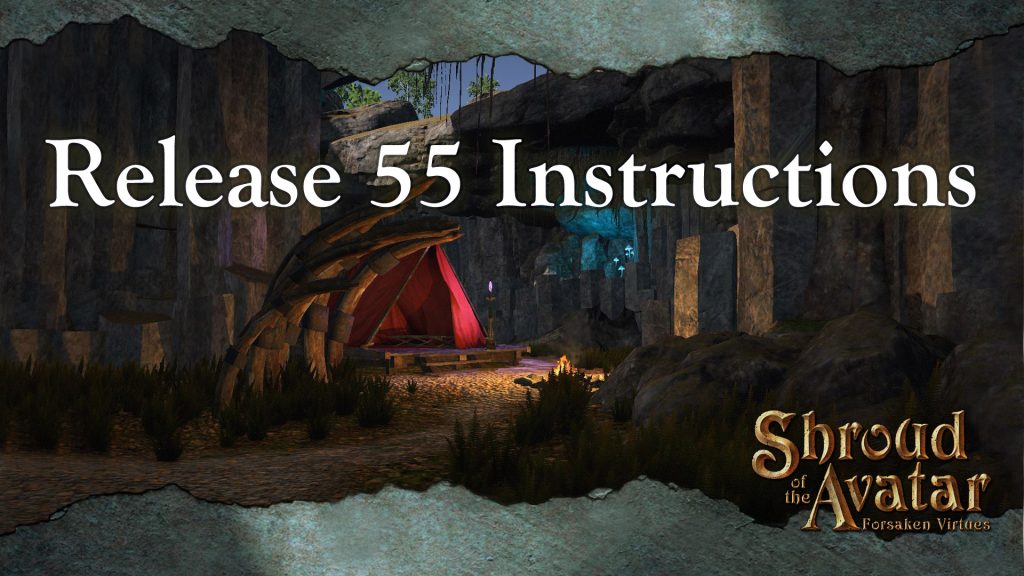 Release 55 is the third, and final, release in which we focused on the current iteration of our Top 10 Priorities (from Q2 2018 post). We were able to address most of the items on that list in some fashion. We made strong progress on performance, physical goods, improved reward cycle, user interface polish, player direction and story polish. We will be spending more time on enemy behaviors and repeatable content in the next release and in Q3.

New Reward for Story Completion (SPOILER): All Avatars who complete the entire story will receive a Player-Owned Town Row Lot Deed (Taxed) from the Oracle! This means completing the Paths of Truth, Love, Courage, and the Path of the Oracle. This will be retroactive, so anyone who has already completed the story will merely need to revisit the Oracle to receive their lot deed. 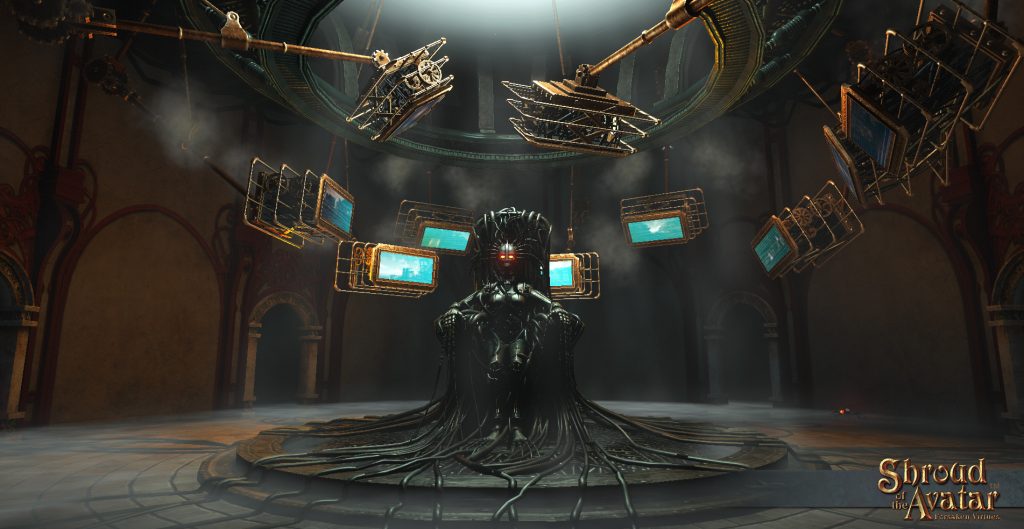 Brewing: Avatars can now harness the process of fermentation to create alcoholic beverages. Using existing ingredients (wheat, sugar, water, red grapes, etc.), as well as some new additions (hops, barley, and white grapes), avatars can use cooking stations to create casks that then need time to ferment. Once they have aged the appropriate amount of time, the casks can be opened and you can retrieve goblets of wine, mugs of beer, or cups of whiskey. 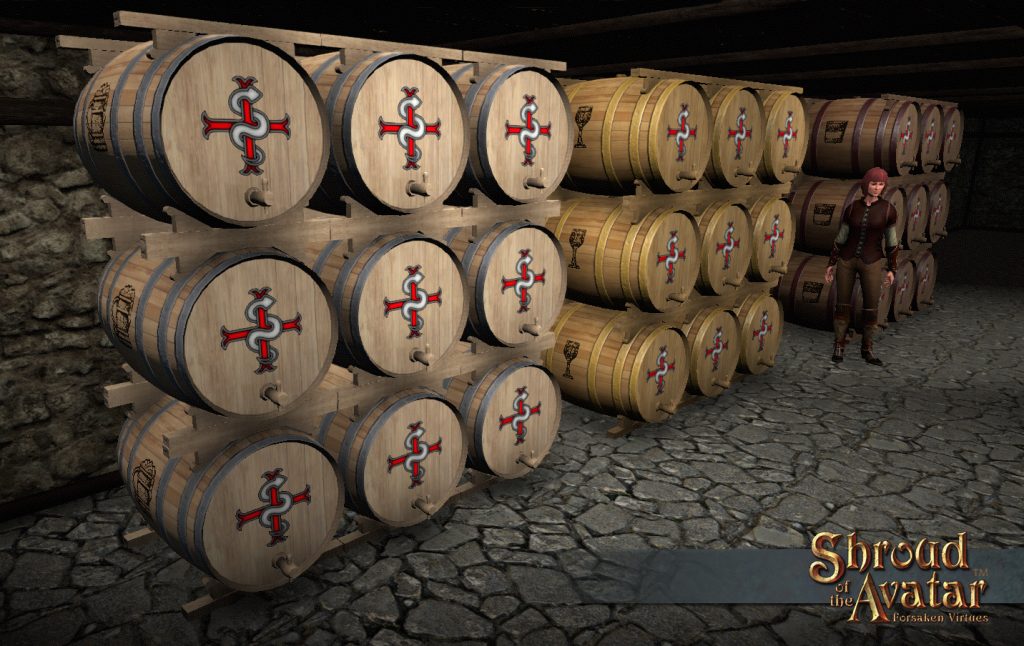 User Interface Polish: We have done a complete art overhaul of the user interface background and border art. We have replaced the gold borders with a more neutral stone and are in the process of removing as many borders as possible. The chat and inventory windows are in the most final state with no outer border at all, and all other interface windows will eventually look that way as well.

New and Polished Scenes: In Release 55, we rebuilt two more adventure scenes: East Vauban Foothills and Norgard Fens. We also created a new PvP scene called the Obsidian Trial that is helping us test systems and content for Castle Defense Scenarios. Additionally, we continued increasing the Tier difficulty of scenes across Novia and the Hidden Vale. 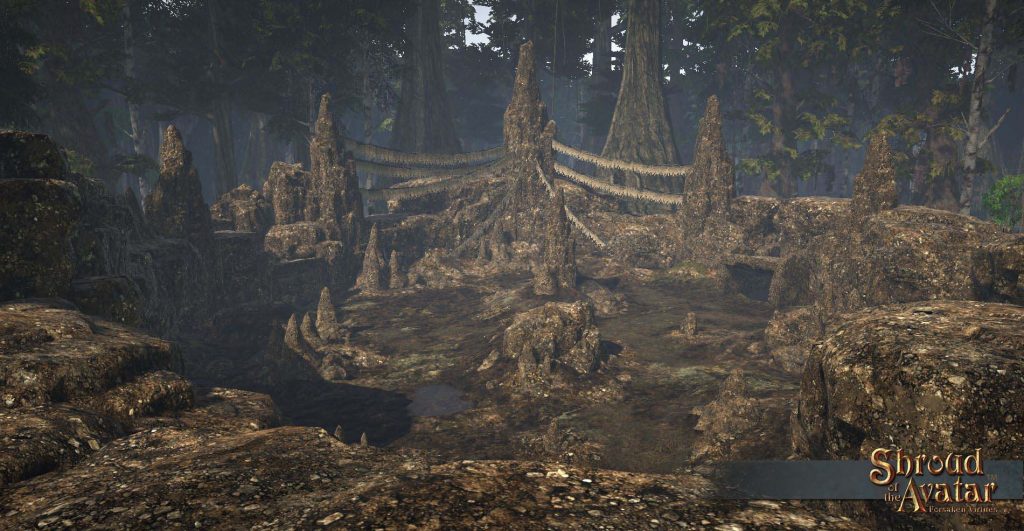 New Enemies: We added a whole menagerie of new enemies to Novia in Release 55, including Light & Dark Unicorns, Child Zombies, Ebon Dawn Cultists, Swamp Reapers and the Atavists of Purity! 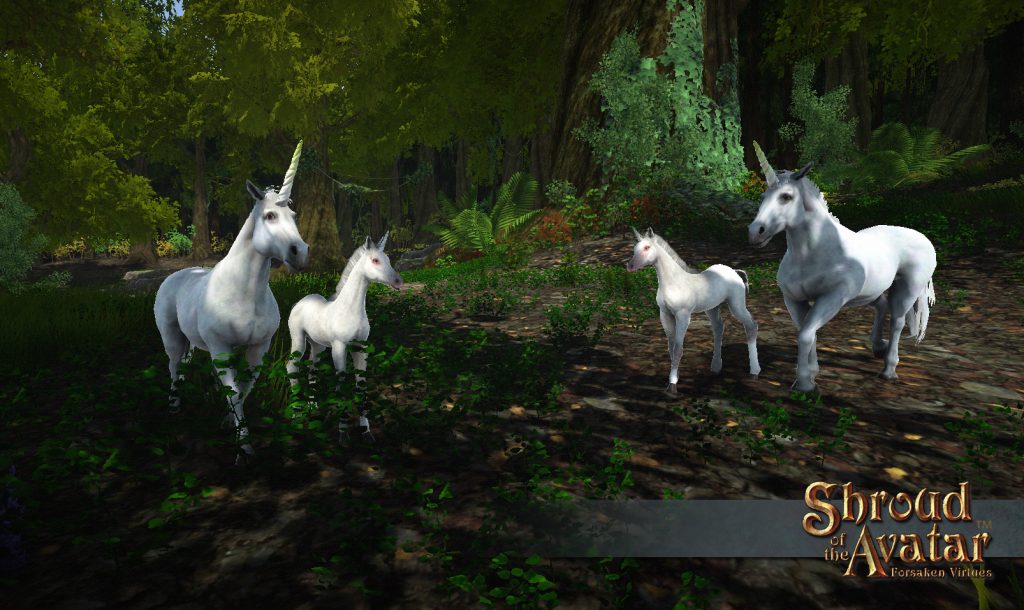 Also, remember that while we are providing new content with each release, our community is also working overtime to make new events for you to enjoy. Be sure to check the schedule for player-run events (via the player-run website: NBNN Community Calendar). You can also get the latest official events on the Main Website.

Without further ado, here is a list of what you can expect to see in Release 55.

Thank you so much for reading all the way here to the end! Release 55 should be a lot of fun, and will bring more players into the exciting realm of land ownership in Shroud of the Avatar. Q3 also has tons in store, including the Obsidian Trial, Castle Defense Scenarios, lots of bug fixes and system polish, user interface polish, more artifacts, and more! Stay tuned for more details about Q3 this week.