For our first challenge, we dug deep into our concept bag to pull out some old images Stephen did back during Kickstarter for what a “Lunar Rift” might look like. Before describing your challenge for this week we should give you some backstory on Lunar Rifts!

You can view Starr and Chris talking about the challenge and Rifts here or you can read all those words you see below!  http://www.youtube.com/watch?v=hE5i1t4YO10

Long ago the Lunar Rifts were used to effortlessly travel through the world. As their names might imply, the Lunar Rifts were controlled by the two moons. They were considered to be almost holy ground and small villages and ornate temples frequently sprung up around them. Due to the powerful magic nature of these ancient rifts, the earth and stone around them for a hundred feet or more was more stable and protected through the eons. The result was that many of these Rifts are actually on plateaus left behind as the earth around them was eroded away.

At some point on the very edge of recorded history, something terrible happened and the Lunar Rifts changed. Instead of being an efficient and reliable travel method, many of them became erratic. Sometimes they worked fine, other times they were inert, and worse yet, other times they became portals that allowed the darkest of creatures to enter into the world. These creatures quickly destroyed the villages and temples that had sprung up around the rifts.

Your challenge for this week is to create a scene for one of these lunar rifts and the ruins around it. We would like for this one to be one up on a plateau or at least on top of a very steep hill, since sheer cliffs that look good are nearly impossible using a terrain system. The top should be between around 50m and 150m across.

See the concepts below for ideas on what the rift itself could look like. For the ruined village around it, we weren’t thinking too large since there isn’t going to be a ton of room up there. How ruined we’ll leave to you guys to decide. Could be just empty buildings or could be just the low wall stones remaining once massive temples.

There should be a path to get up to the top that could be walked up. There should also be enough open area on top to allow for combats to occur. Who knows, this might even be a point popular for PVP to occur so that might be worth something considering as well!

For inspiration I would say you could look to “Weathertop” from the Lord of the Rings movies/books. Another good option would be to search for Sigiriya on google image search.

You can find the rules and how to upload your finished product here:
https://www.shroudoftheavatar.com/?page_id=28725

You can watch Chris’ one hour scene jam results here but don’t think he knows what he’s doing.  You guys are way more creative than him:
http://www.youtube.com/watch?v=tzyBOFUHi7g

Post any questions you have to the Developer Depot instead of private messaging so others can benefit from your question!

Good luck brave jammers! Burn that midnight oil but don’t burn it all because we’ll have another challenge in 2 weeks, on October 4th! 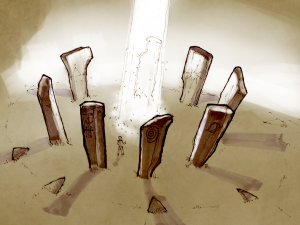 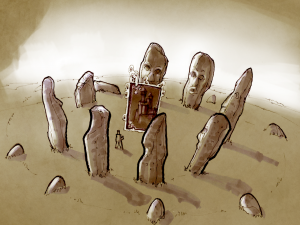 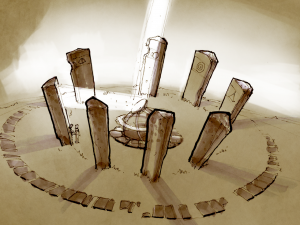 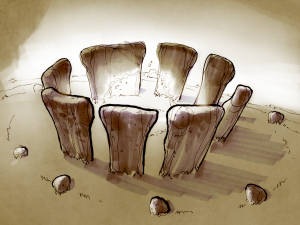 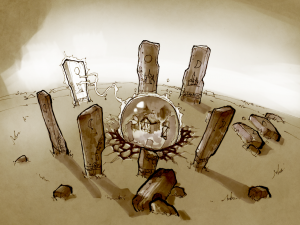 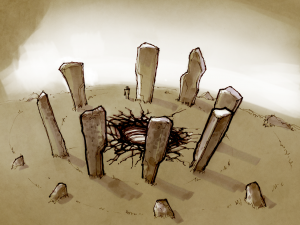 Shroud is still good to play 2