Release 61 of Shroud of the Avatar goes live this Thursday, December 13, at 10:30 AM US Central Time (15:30 UTC). “What? Already?” you might ask. As noted in our Q4 2018 post “The last two releases of the year (Nov/R60 and Dec/R61) will be very early in their respective months so that they are released well ahead of the US winter holidays (Thanksgiving and Christmas).”

Release 61 is the final release in which we focused on the current iteration of our Top 10 Priorities (from Q4 2018 post). We made progress on several of these priorities including various quality of life fixes (automatic redemption of rewards & teleport to zone), bug fixes, seasonal content (Krampus!), more Fishing Phase 2 (lava fishing, lava fish, fishing skills), and more rooms for Player-Made Dungeons. 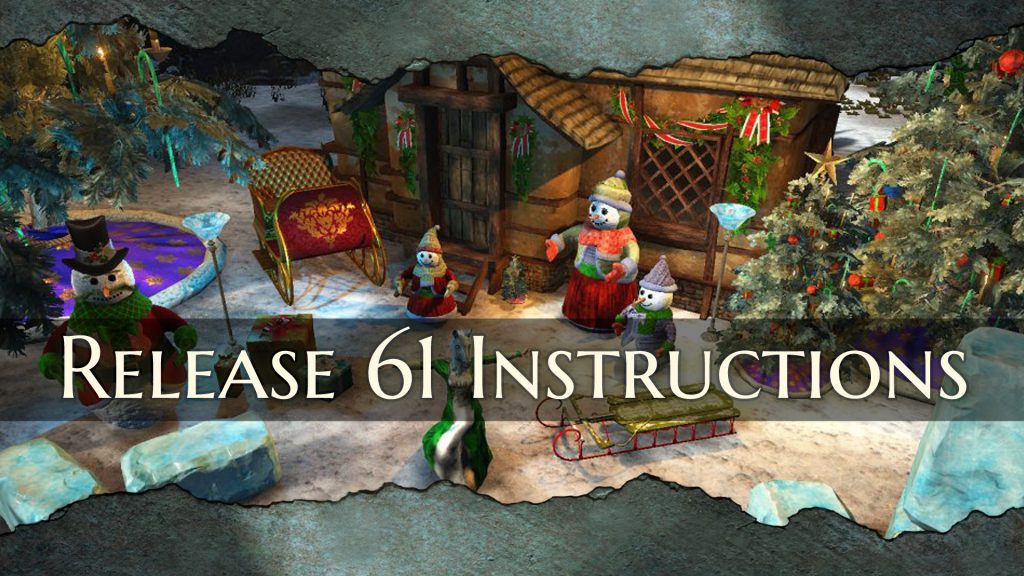 Fishing Phase 2: Fishing Phase 2 launched in Release 59 and was expanded in Release 60. In Release 61 we continued that expansion with the final “water” type: Lava! Yes that is correct, you can now fish in molten rock using a Lava Fishing Rod and lures crafted from gems as bait. We have also expanded the fishing skill tree to add skills related to all of the water types (including lava) and we added new recipes for the rare fish.

Quality of Life Improvements: As part of our ongoing mission to improve the moment to moment life of every player we made a couple of improvements in Release 61. Instead of being limited to teleporting to your lot or a single town crier you now automatically collect the entrance locations of most scenes you visit and can use a new teleport scroll to revisit those scenes whenever you wish. We also streamlined the types of Obsidian Crowns into a single type: Gold Crowns to make purchasing of crown items easier. Additionally we have introduced a way to completely respec your character with a Book of Tabula Rasa which we are giving as a free gift to all players who login for Release 61!

Krampus: The Krampus is the latest in our seasonal recurring bosses and takes advantage of the new “nearby power” boss behavior, so be sure to pay attention to his gang of “naughty brat” zombie children before trying to take him down! We recommend not confronting this vile monster before first going to the castle in Central Brittany and getting more information about him from Kinga or Ronin. Mention “Krampus” to either and get a quest that will send you to his home in East Sanctus Forest. But don’t forget North Paladis can be a dangerous region: watch out for a roving encounter full of his naughty brats who’ll ambush you before you reach the home of the Krampus! 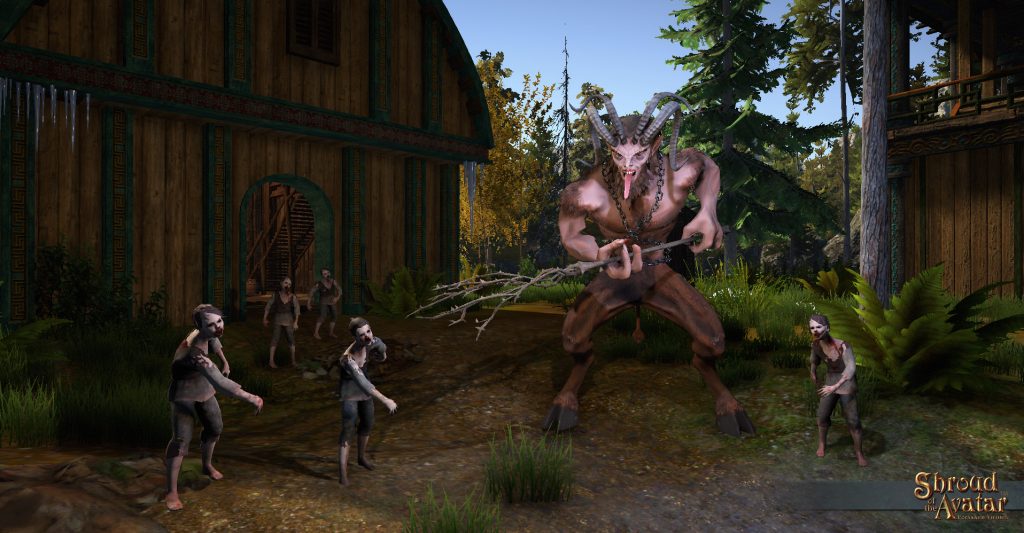 Bug Fixing: We dedicated a significant portion of the release to working solely on fixing bugs and reducing our overall bug count. We addressed over 150 issues with over 100 of them highlighted in the google spreadsheet, including fixes to various scenes (typos, stuck spots, etc.), crafting fixes, combat fixes, and various user interface fixes. NOTE: We have purposely not shown issues related to exploits, security, and customer service issues.

I want to express a huge amount of gratitude to the players who tested the items listed below on our QA server. They found many bugs and also provided editorial feedback on this post so that it is easy to read and actually matches what is in the game. Before offering feedback and/or reporting a bug, we kindly ask that you read this whole message and the linked Player Guide and Known Issues to get up to date on the current game state. To keep up to date, please check out the Patch Notes. By taking a few moments to read through this information, a great deal of our time and effort can be focused on new “unanswered” questions and addressing critical issues that impact each release. We greatly appreciate you taking the time to review this post and for all the truly valuable feedback you continue to provide.

Without further ado, here is a list of what you can expect to see in Release 61.

Q4 was just a warmup for 2019 which will be an amazing year for Shroud of the Avatar players! Crafting specializations (choose your effects!), Back Slot item enchanting, Grandmaster Craftsman only effects, Fertilizer for Agriculture, Pronged Weapons (tridents, pitchforks, etc.) more loot improvements, more expansions to the fishing system, better boss fights and more! 2019 will of course culminate with Episode 2 which will have a new story, new lands, a revamp of the Quest and Journal system, a Theater System, Treasure Hunting with treasure maps that show up as loot, Item Affinity, Taming system expansions, Customizable NPCs, and expanded permissions for containers and doors!