We have some great stuff for you in this week’s edition of Update of the Avatar:

It’s been a little over three months since we released our 3 Month progress video, and we’re excited to share the progress we’ve made since then. We encourage you to set your playback quality to HD, switch to full-screen, and enjoy our six month progress video, narrated by Richard “Lord British” Garriott!

Here is a time index for the main segments of the video:

[NOTE: Our combat system is in very, very, very early stages of development, so please understand that it will continue to evolve as it is developed, tested, redesigned, etc. We will welcome backer feedback once we’ve released the combat prototype for play-testing and are prepared to keep enhancing the design until it is fun!]

Welcome again traveler, to the choices you face in your future…

When last we spoke, I talked to you of the seekers of Truth and your journey among them. Now let us turn east, to the lands of the Perennial Coast.

The Perennial Coast is a land split by ties of history, family, love, and malice. Ardoris lie split by a bay and by far more. In their twin citadels to the east and west of the bay, the King of the Loving Earth and the Queen of the Compassionate Winds remain cleaved in twain, literally and figuratively. The void between the two was once bridged by the spirit of Love, which has been missing from the land. In its absence, the people grow fearful and distant; many have tried to bridge that gap but without empathy and compassion, how can those who grow apart come to any agreement?

Yet the land faces more challenges than these. The dead, never truly at peace since the Cataclysm, have risen in numbers far larger than ever before. From the Grunvald clear to the Drachvald, entire legions of the walking dead march, implacable and unforgiving. They are led by a dread lord who, furious over a defeat centuries old, is bent on restoring a long dead empire on the bones of those who dare to live. From the dead halls of Necropolis they march, unfeeling, uncaring, and unstoppable. The Perennial Coast is wounded in so many ways and perhaps this is the final expression of a land whose heart has been turned to ashen dust. For the land to be saved, you must stop the army of the dead; yet you cannot kill all that are dead, traveler. The prophecy demands a hero and the land demands wisdom. You must bridge the void of compassion and restore the ability to feel, even if only sorrow, to hearts burnt ashen cold. To do that, you will have to walk among the dead themselves, into the very heart of the pits of Malice, and into the long forgotten empires of the dead. You must become a light among the cold and desolate, where the only warmth is the fires of centuries of vengeance. 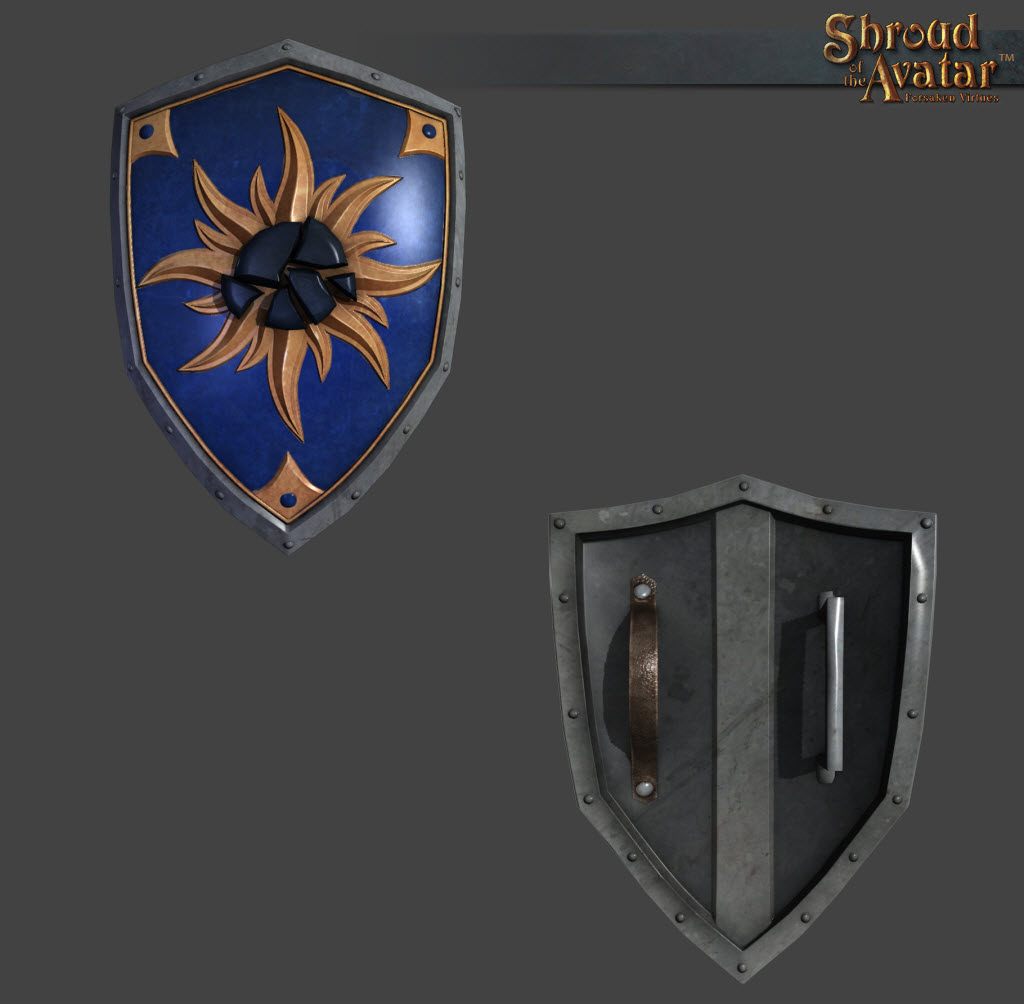 The Fishing Pole of Prosperity 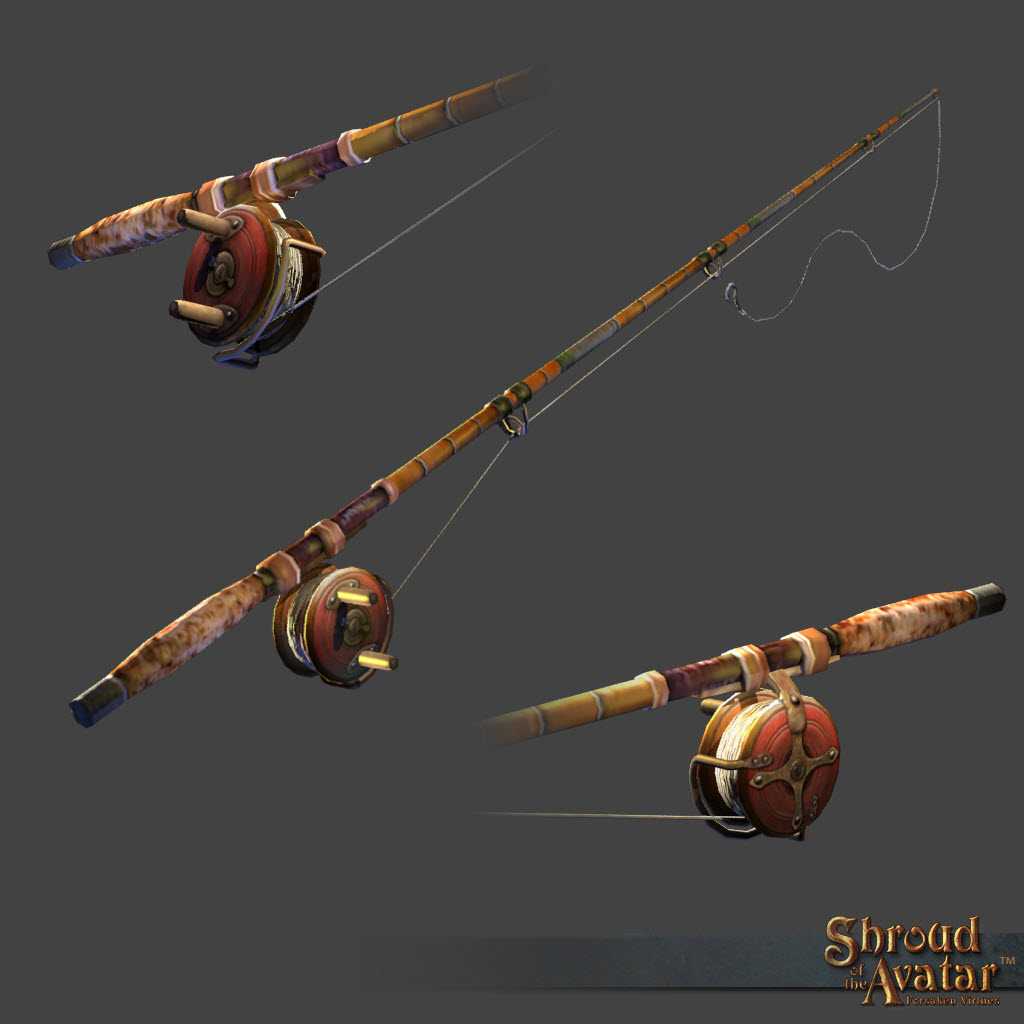 We’ve added something new to the Add-On Store that is completely different from our usual housing items: The Fishing Pole of Prosperity!

This unique, indestructible fishing pole increases your chance to catch fish, the quality of the fish caught and the speed they are caught. While fishing poles with similar effects can be crafted and purchased in the game, this particular fishing pole never needs repair.

Get Your Fishing Pole of Prosperity Now and save 33%!

For a limited time we’re offering a 33% discount on the Fishing Pole of Prosperity! Reserve yours at the Add-On Store!

The friend referral special promotion ended October 31st and we’d like to thank all of you that worked so hard to recruit new backers for SotA! Stay tuned for next week’s project update where we announce the winners! Top recruiters will earn the following:

But Keep Recruiting Your Friends To Earn More Rewards!

Even though the special promotion ended October 31, 2013, you can still earn some great rewards for recruiting your friends. For every single new backer you recruit that pledges at the $45 Adventure Level (or higher), you will receive a $25 recruitment bonus added to your pledge amount (* these recruitment bonuses only apply toward increasing your pledge level and do not apply toward items in the Add-On Store)! In addition to the $25 recruitment bonus you receive for every single new backer you recruit, you will also receive:

Shroud of the Avatar - Still a Super N00b