Shroud of the Avatar has crossed the $3M milestone thanks to your generous support! The team and I would like to express our deepest gratitude to all of our Backers for your belief in both our team and our vision for New Britannia!

To celebrate our $3 Million milestone, and the launch of Release 2, I’m hosting a late night Video Hangout next Thursday, January 23. We’ll post more details about the video hangout next week.

We’re only 6 days away from the launch of Release 2 and the team is working feverishly to get it ready! We’re all looking forward to another great turnout from our backers, so please come check out the new features and content, and help us find bugs and provide design feedback! Stay tuned for a special update next Wednesday, January 22, providing all the details about Release 2.

Release 2 is only available to backers starting at the $45 Adventurer Pledge Tier (and $25 Early Founder First Responders), so if you want to play and haven’t backed the game yet, then please make sure you have registered on our website and made your pledge.

Blade of the Avatar Novel: Chapter 5

The latest installment of the serialized SotA novel, Blade of the Avatar (BotA), written by Tracy Hickman & Richard Garriott, is now available for download! If you are an Early Founder, or you purchased BotA in the Add-On Store, then you will find a download link for the current installment of the novel on your personal SotA account page (log into SotA website and click on “Account” in the top-right corner).  If you are a Kickstarter backer you’ll need to have your Kickstarter account linked to the SotA website (click here for instructions to link your Kickstarter account). 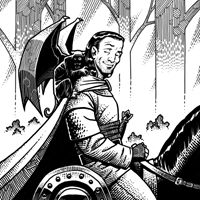 The last to leave Midras were the caravans and their escort warriors under Aren’s command. The column of heavy wagons laden with food, equipment, tents and all else needed to support the army wound northwest across the plains, the road running close beside the meandering course of the Shimano River. Before them always was the dust cloud raised by the bulk of general Karpasik’s army with which they struggled to keep up. The dust would have been unbearably choking during the dry season, but the recent rains had dampened the ground before them and granted something of a reprieve to the teamsters at the end of the column. Behind them, the towering column of smoke from the still burning Midras continued to remind them of where they had been and what they had done.

Aren, astride his horse, found himself looking back often.

Of course, not everyone under Karpasik’s command was leaving Midras. Nearly one out of five of their warriors had been left behind to garrison the city. The Guardians of the Priestess had proven to be both resourceful and tenacious. While General Karpasik had declared Midras pacified, no one among the Army’s command staff, including the general, was so foolish as to believe it to be true. The city itself had been built upon the ruins of the previous city, and its roots were honeycombed with passages, chambers and tunnels in which rebellion could fester and flourish. While they had been unable to capture any of the Guardians alive, there was no way of knowing for certain whether all of them were dead. 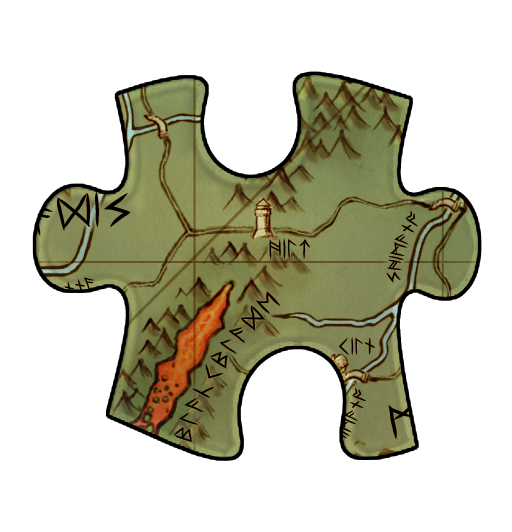 The Spoony Interviews: O British, Where Art Thou?

The Avatar loses a lot more than an eighth. 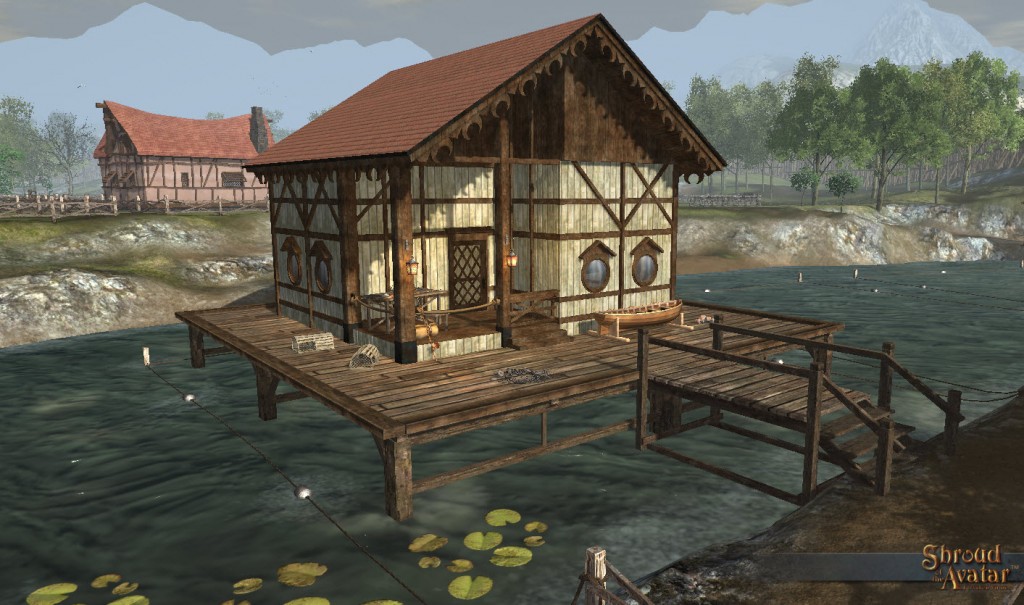 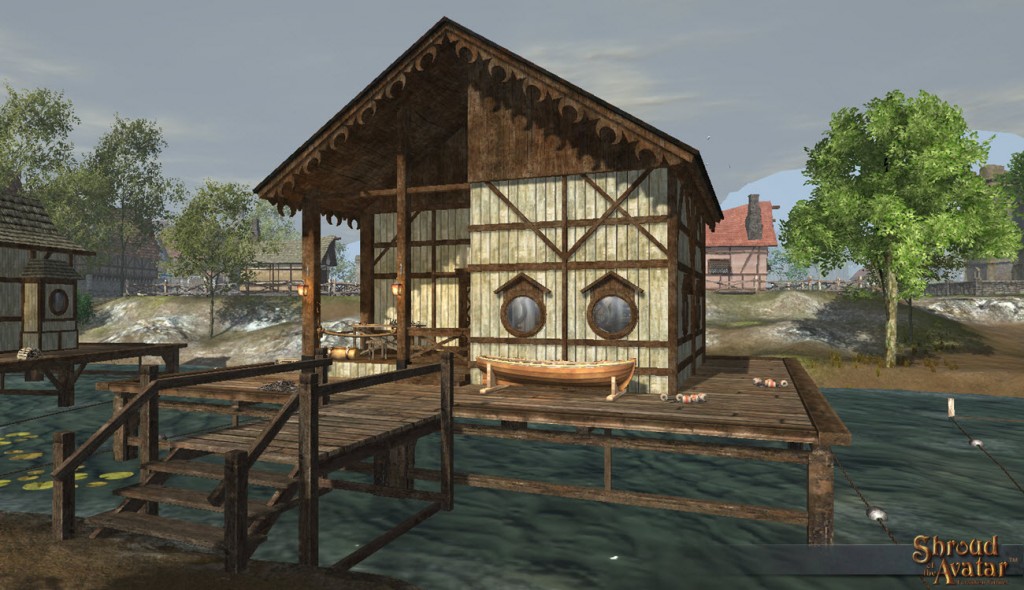 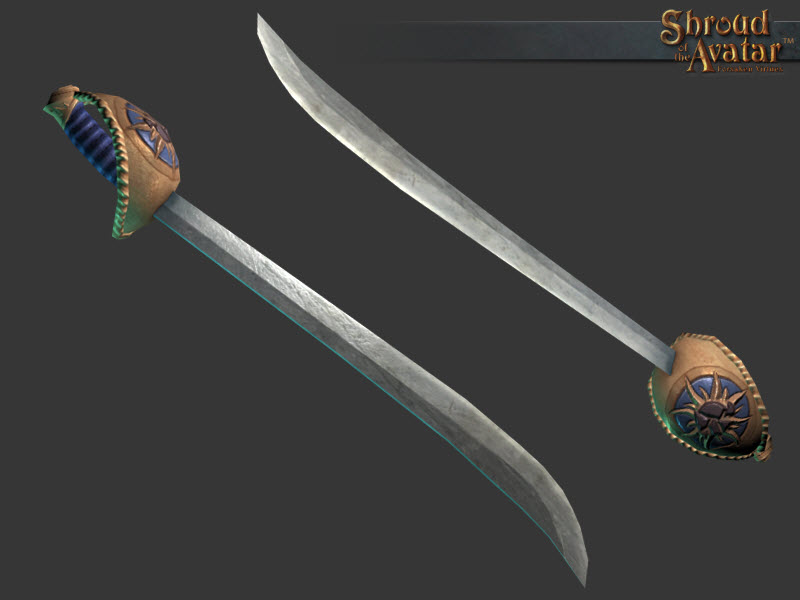 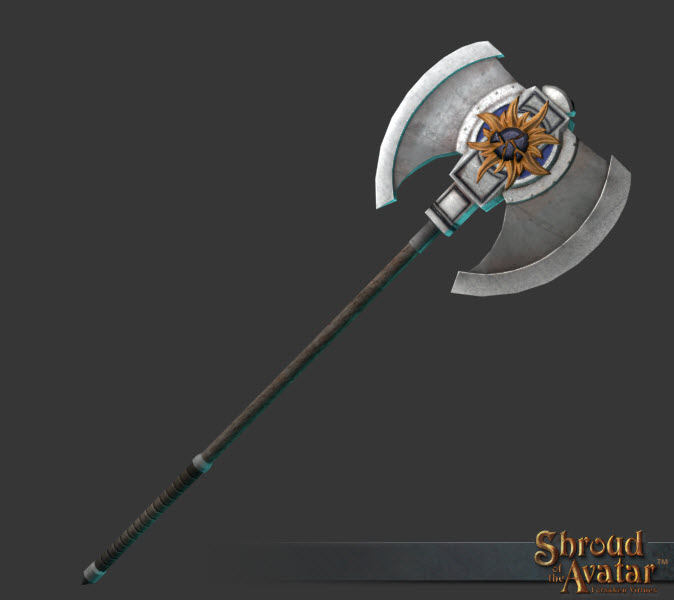 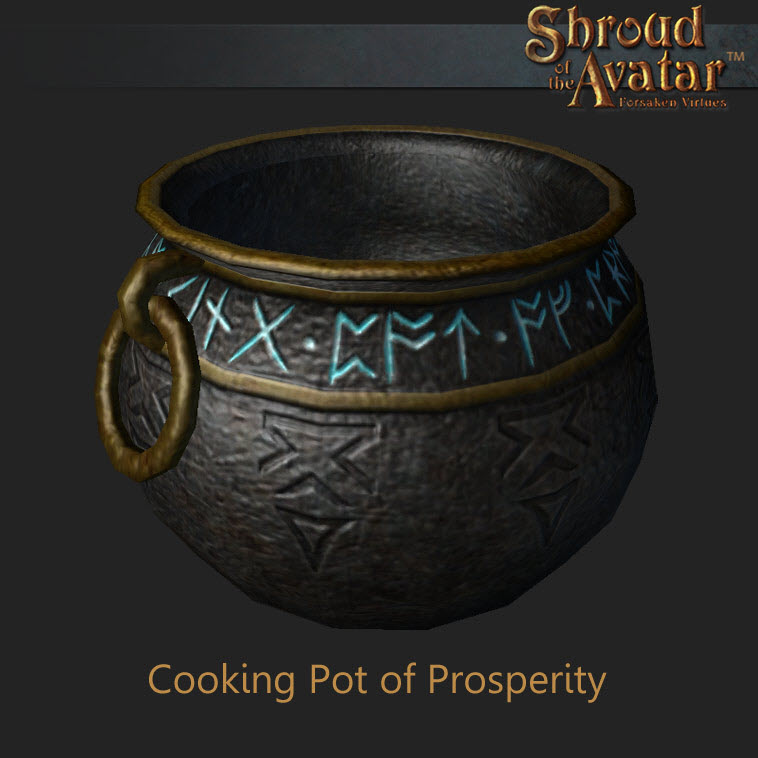 Next in our “Prosperity” line of unique items is The Cooking Pot of Prosperity!

This unique, indestructible, cooking pot increases the ability to make higher quality foods. While cooking pots with similar effects can be crafted and purchased in the game this particular pot never needs repair.

Get Your Cooking Pot of Prosperity Now and save 33%!

For a limited time we’re offering 33% off the Cooking Pot of Prosperity! Reserve yours (or send as a gift) at the Add-On Store!

Village Property Deeds are Back in the Add-On Store

Our ongoing fund raising efforts are allowing us to expand the number of villages available when the game launches, so we have added 250 more Village Property Deeds to the Add-On Store!

Village lots are located in almost every village, town, and city across New Britannia. The Village Property Deed in the Add-On Store includes the Shingle-Roof Village Home, shown here next to an empty village lot:

At 20 x 30 meters, there is ample room for a variety of homes, including the spacious Knight Village Home and Viking Village Home!

There are many benefits to being a property owner in SotA, including:

If you purchase your Village Lot Property Deed through the Add-On Store, you will have lot placement priority over everyone else that waits until SotA launches before they purchase a property deed.

[NOTE: Village Lot Property Deeds purchased through the Add-On Store will have an in-game currency tax that must be paid monthly or the lot reverts to being for sale and the Lot Deed is returned to the owner. Backers at Citizen pledge level and above already have one tax exempt Lot Deed as a pledge reward. All lot deeds are transferable between players. See the FAQ for Lot Selection Priority.]

It is hard to believe we are only 80 days away from the 1-year anniversary of our successful Kickstarter campaign! What a fun and tumultuous ride that campaign was, with all of our Early Founders helping drive us to almost double our funding goal! If it weren’t for all of you, none of us would be here today!

At the end of that campaign, and as an expression of our appreciation, we announced that our Early Founders could purchase additional pledges, or upgrade existing ones, at the same price they were available during the Kickstarter campaign, for up to one year! Well, that year draws to a close on April 7, 2014, only 80 days from now. This is a reminder that if you plan on upgrading your pledge, or purchasing additional pledges, you might want to consider doing it soon while the lower prices are still in effect.

(NOTE: Any pledge payment plans started prior to April 8, 2014 will remain in effect at the original Early Founder price until that plan is completed or cancelled)

Atos doing an all-day stream of Qu0026A, building live on...