It is hard to believe that just 24 days from now will be the 1-Year Anniversary of our successful Shroud of the Avatar Kickstarter Campaign! It has been one of the most amazing years that any of us have ever experienced in this business of making games, and that is entirely because of all of you, our community of SotA backers! We’re brainstorming some events for the final week leading up to our April 7th anniversary, including:

All New Britannians are eligible for the drawings, no pledge or purchase required, just make sure you are registered on the Shroud of the Avatar website. More details for the One-Year Anniversary events and drawings will be revealed in upcoming updates.

Lord of the Manor Castle Lot 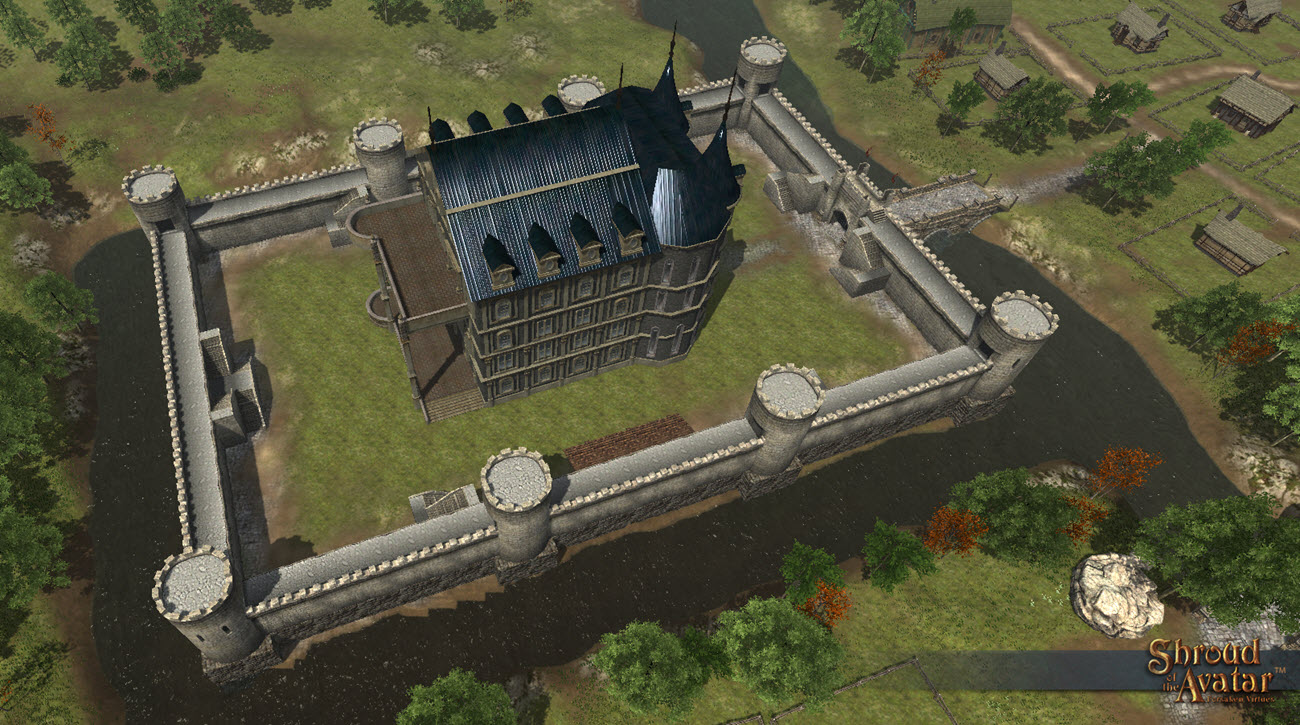 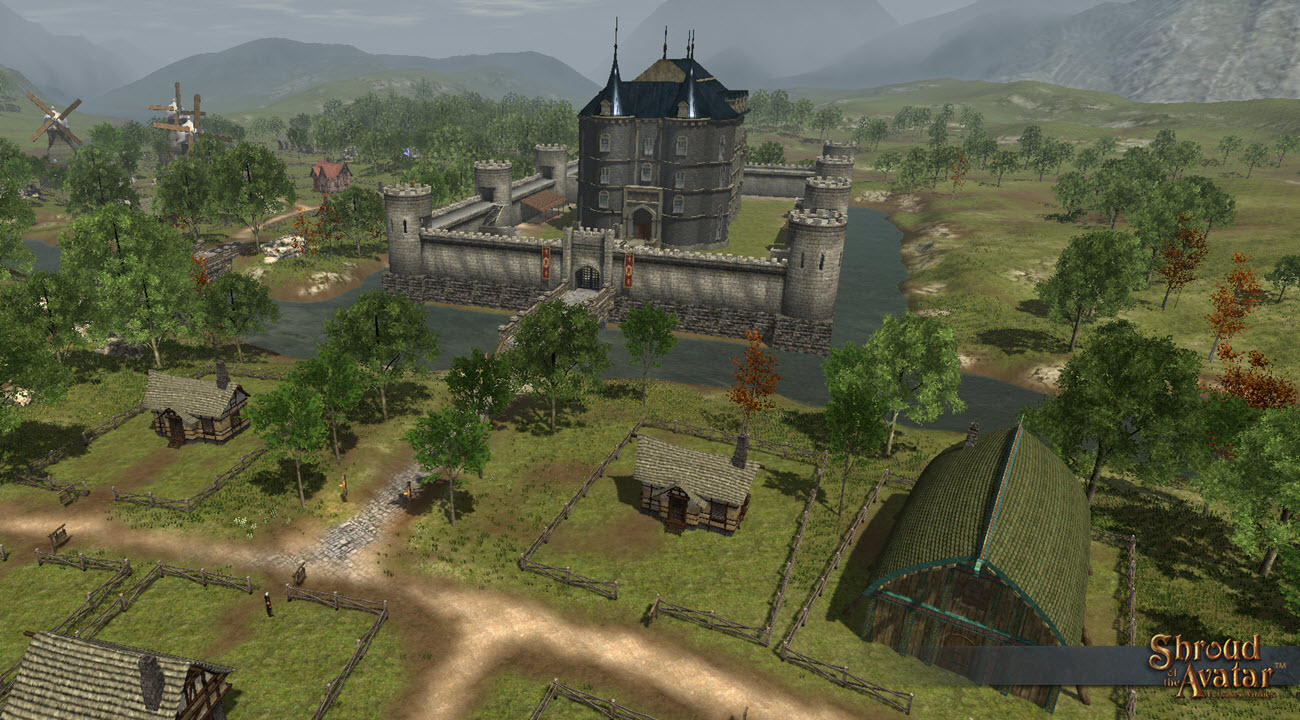 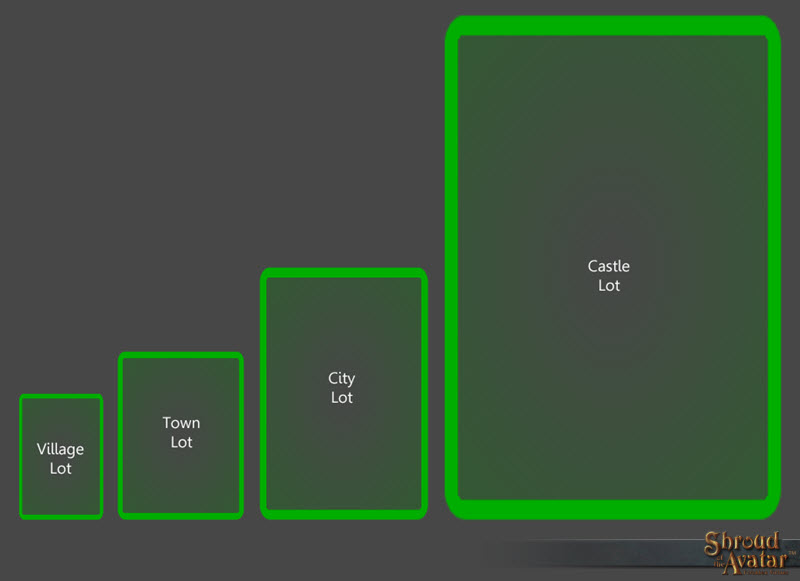 This week’s Parade of Homes features the Founder Baron 2 and Baron 3 Waterfront Galleon, available as an Early Founder reward in the Baron 2 & 3 level pledges. This wondrous ship, designed by Bob Cooksey and Michael Hutchison, features four rooms on two floors below deck, a spacious Captain’s Quarters above deck, and two accessible crow’s nests. 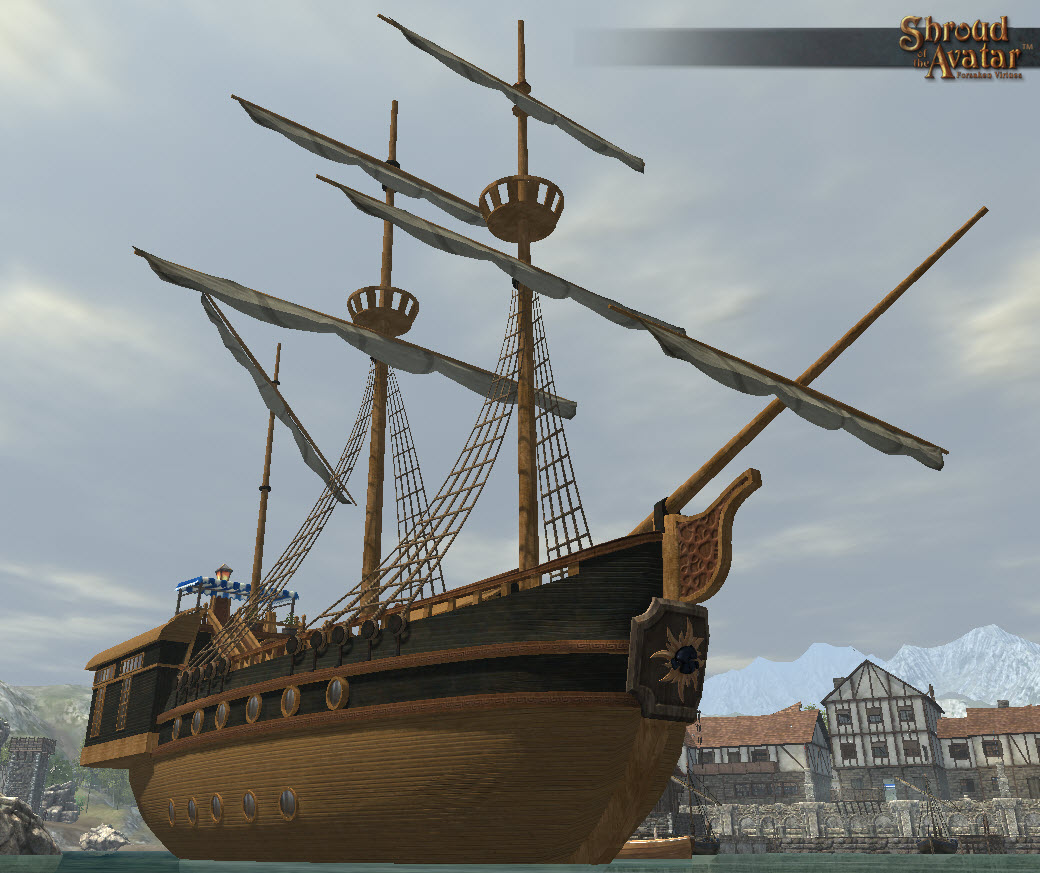 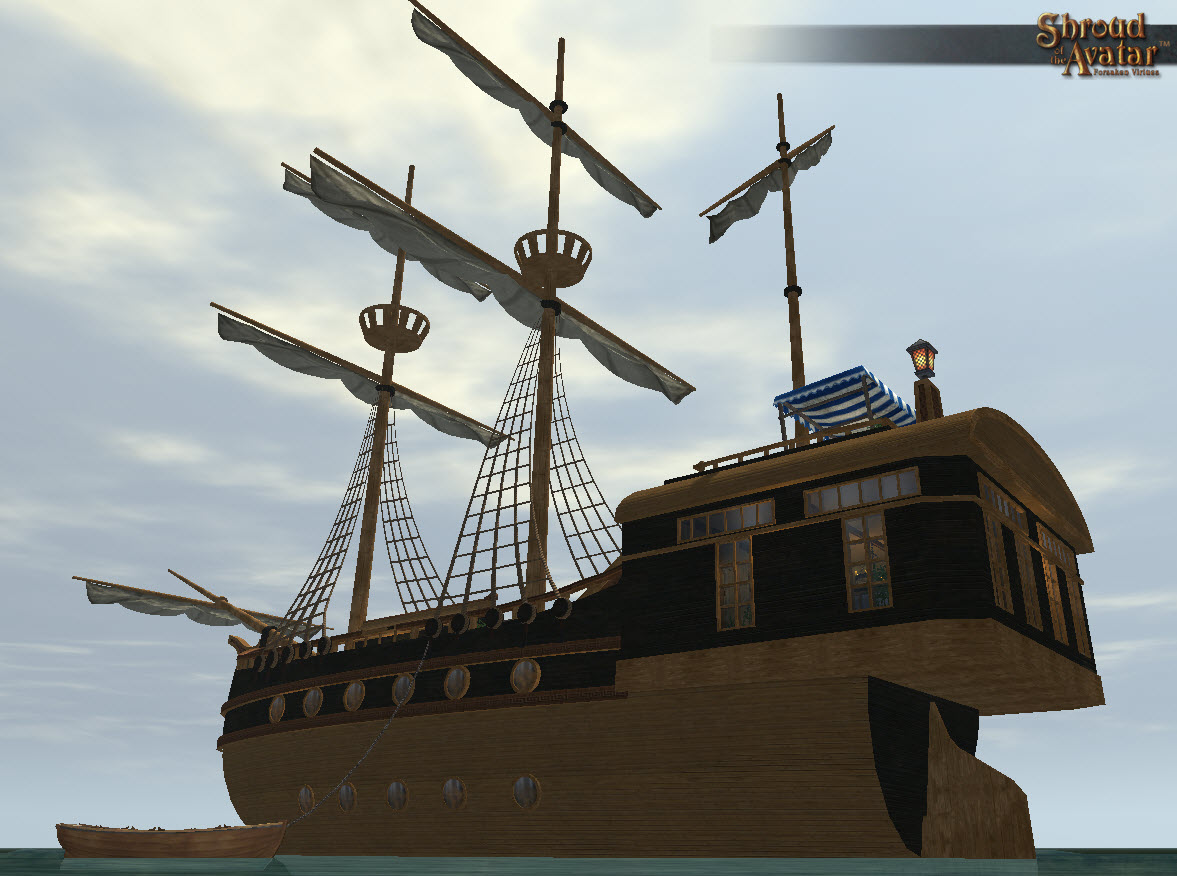 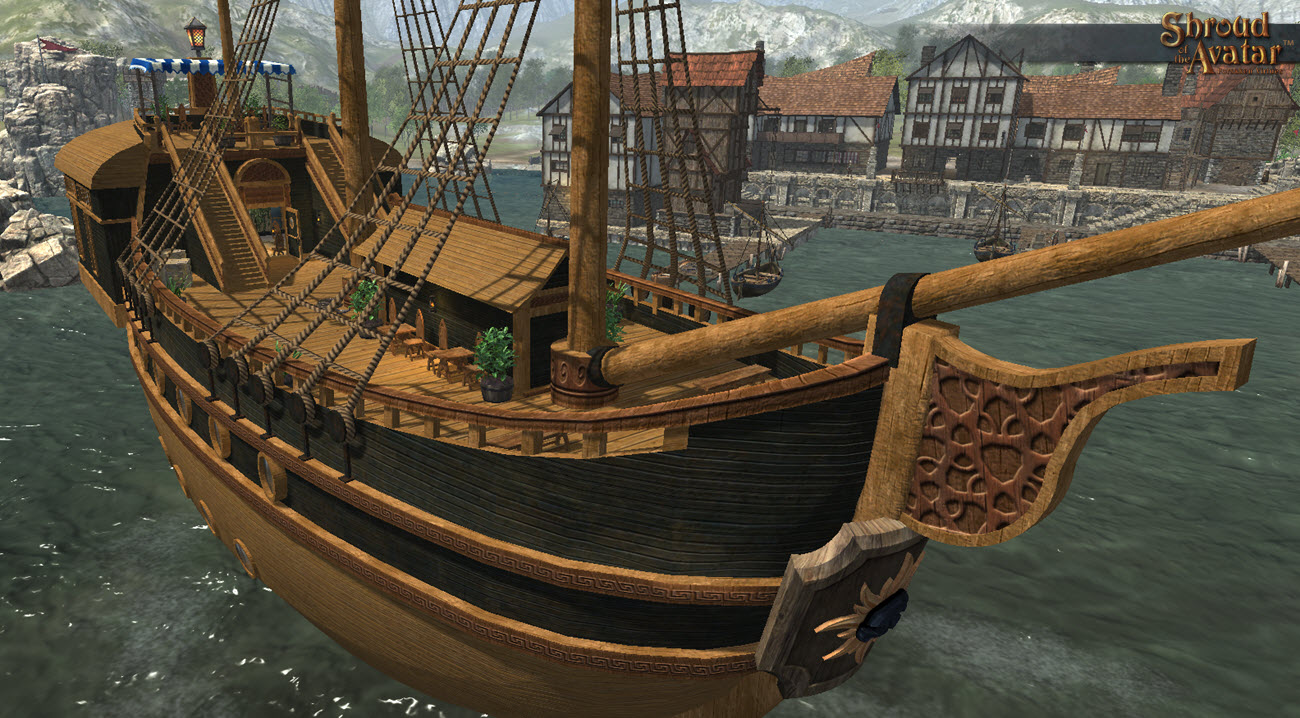 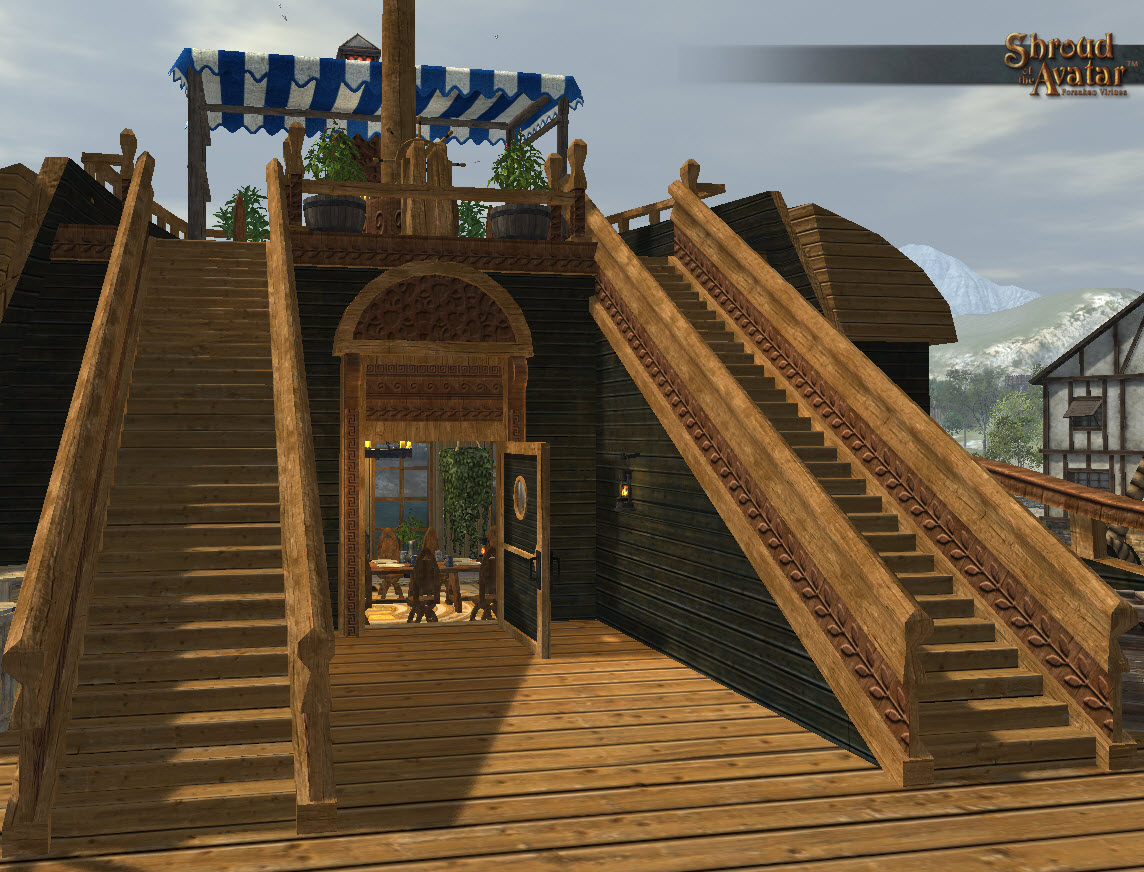 Included in the rewards of the Lord pledge tier is this regal throne, an in-game decoration for your home, uniquely identifiable as Benefactor or Founder: 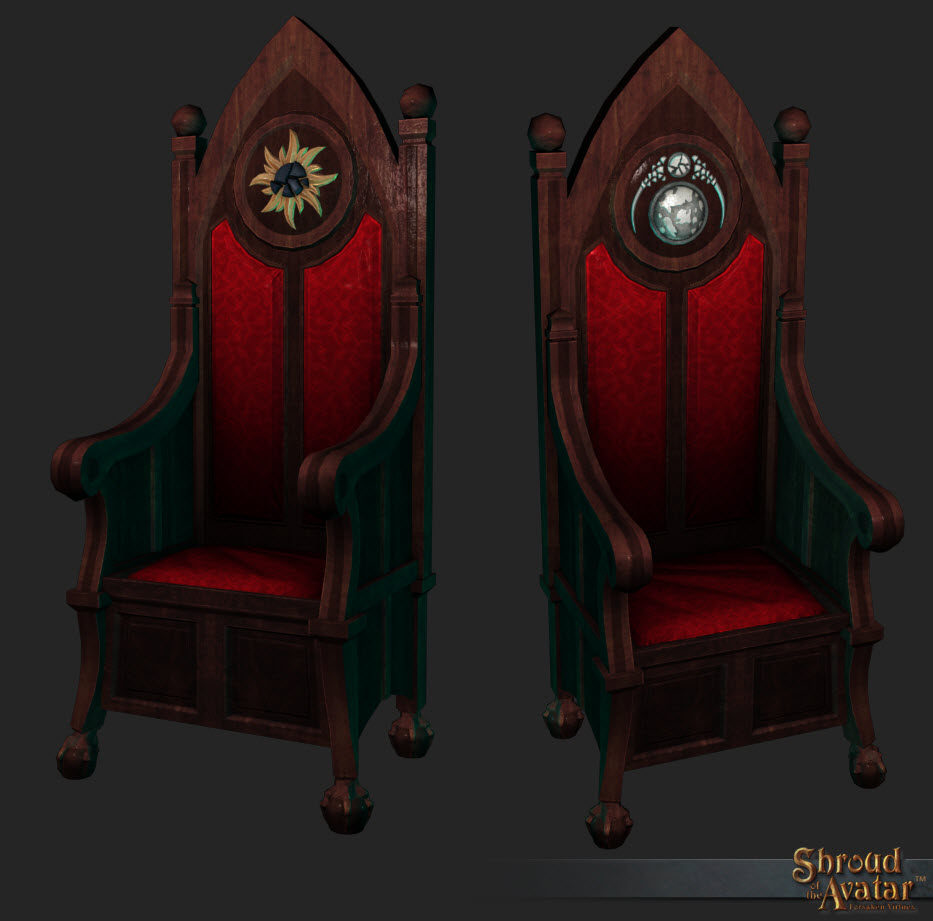 This unique Lynx pet is included in the Founder rewards for the Lord pledge tier: 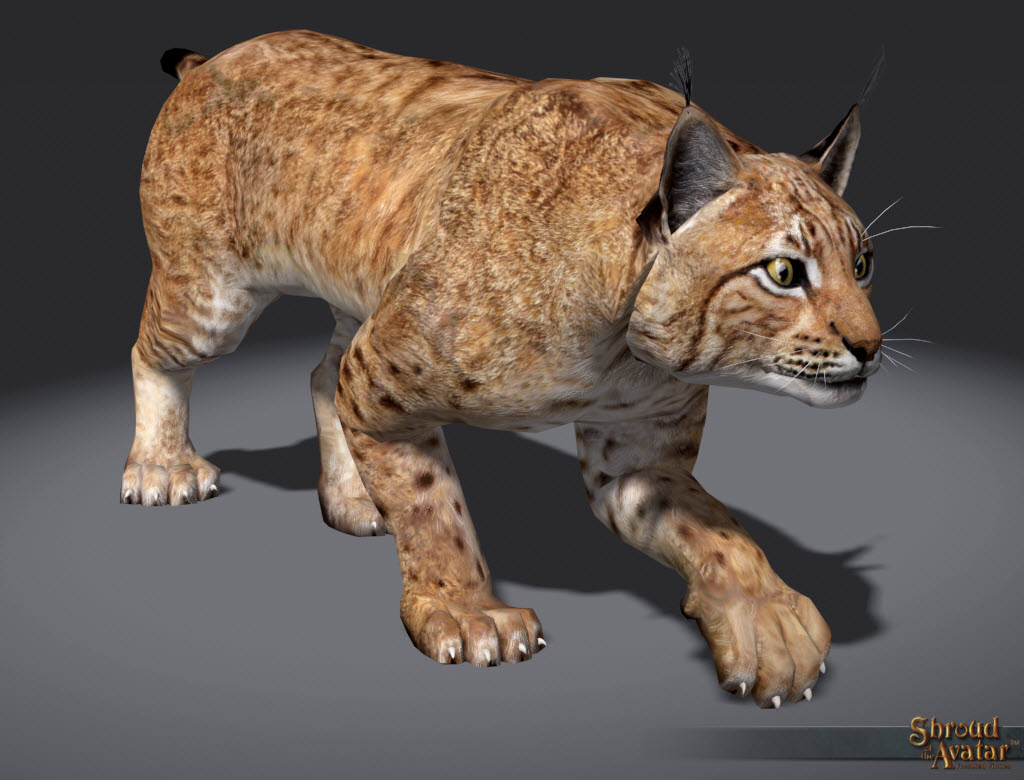 It has been a while since we introduced a new basement, and next up is the Town Stone Arena Basement, an elegantly crafted, single story structure. The enormous central room can be utilized to host combat tournaments or as a Grand Hall for Lordly feasts!

The Town Stone Arena Basement is available at an introductory 25% off in the Add-On Store!

(NOTE: You will need a Town Level Property to place the Town Stone Arena Basement in-game) 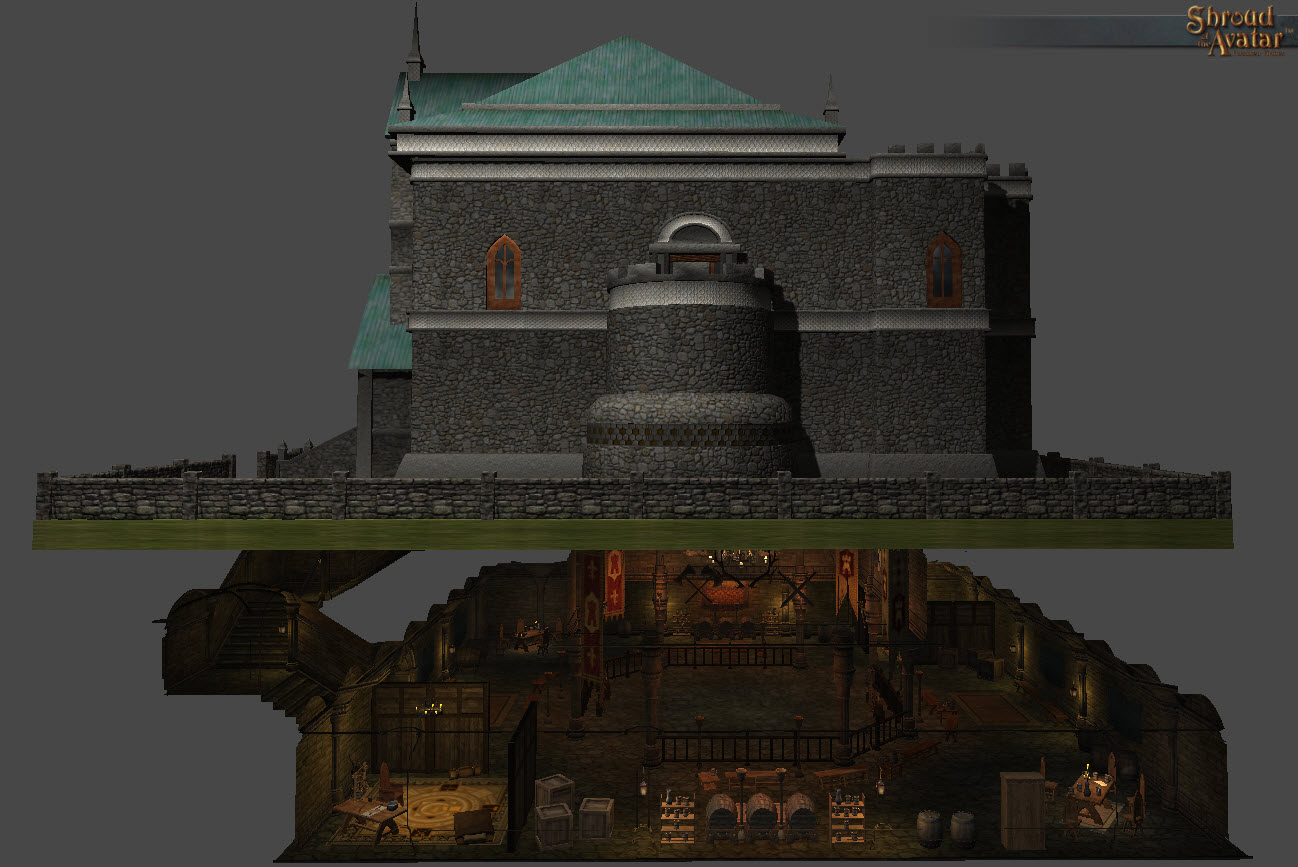 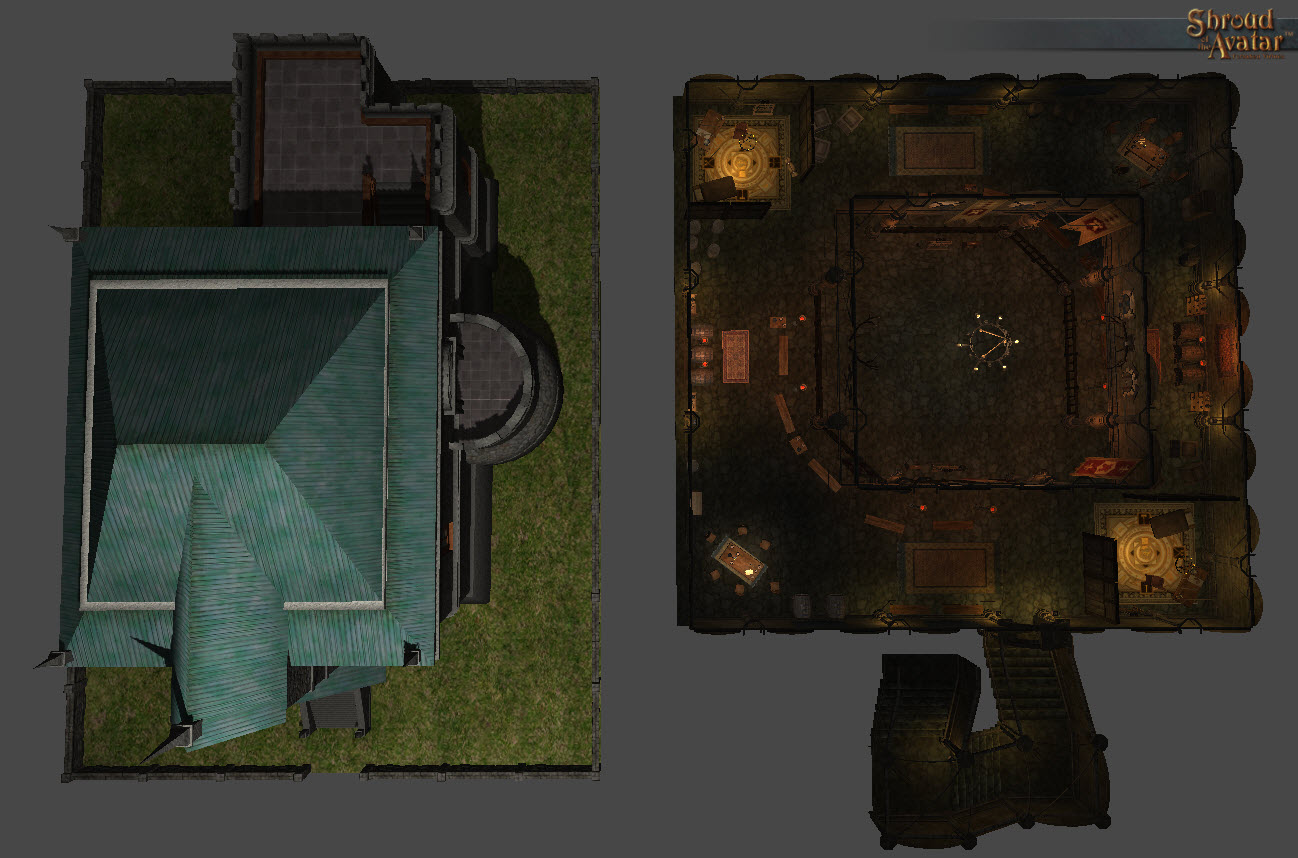 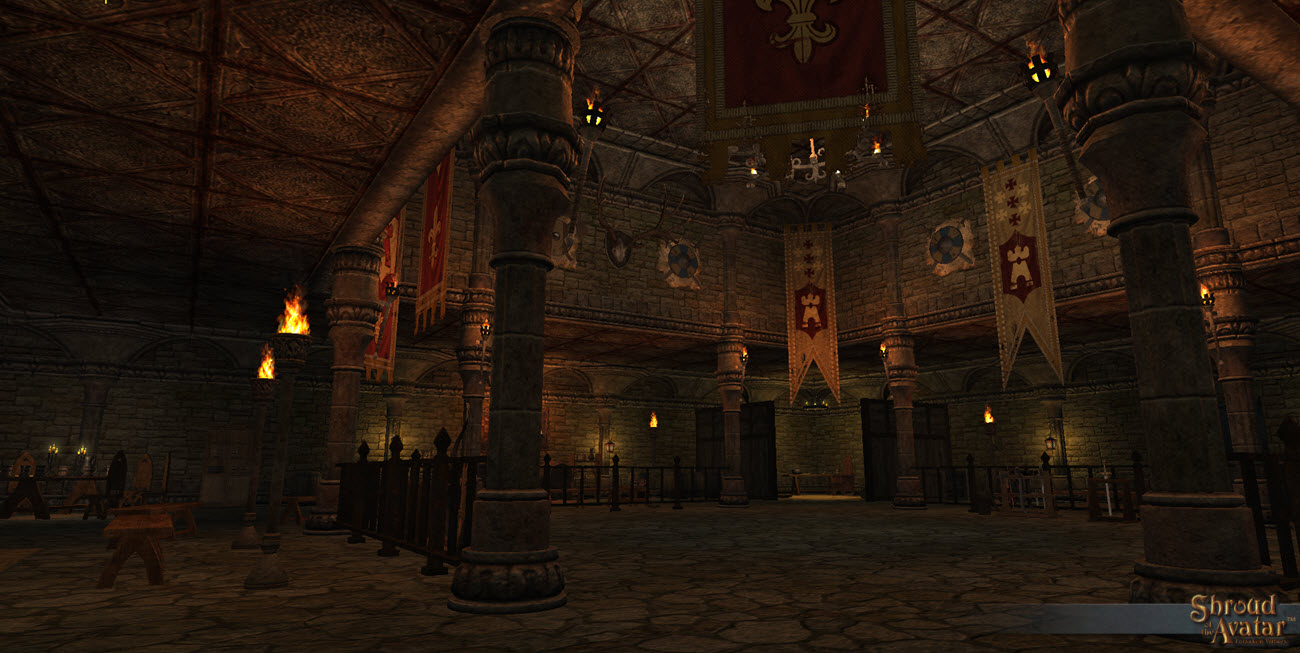 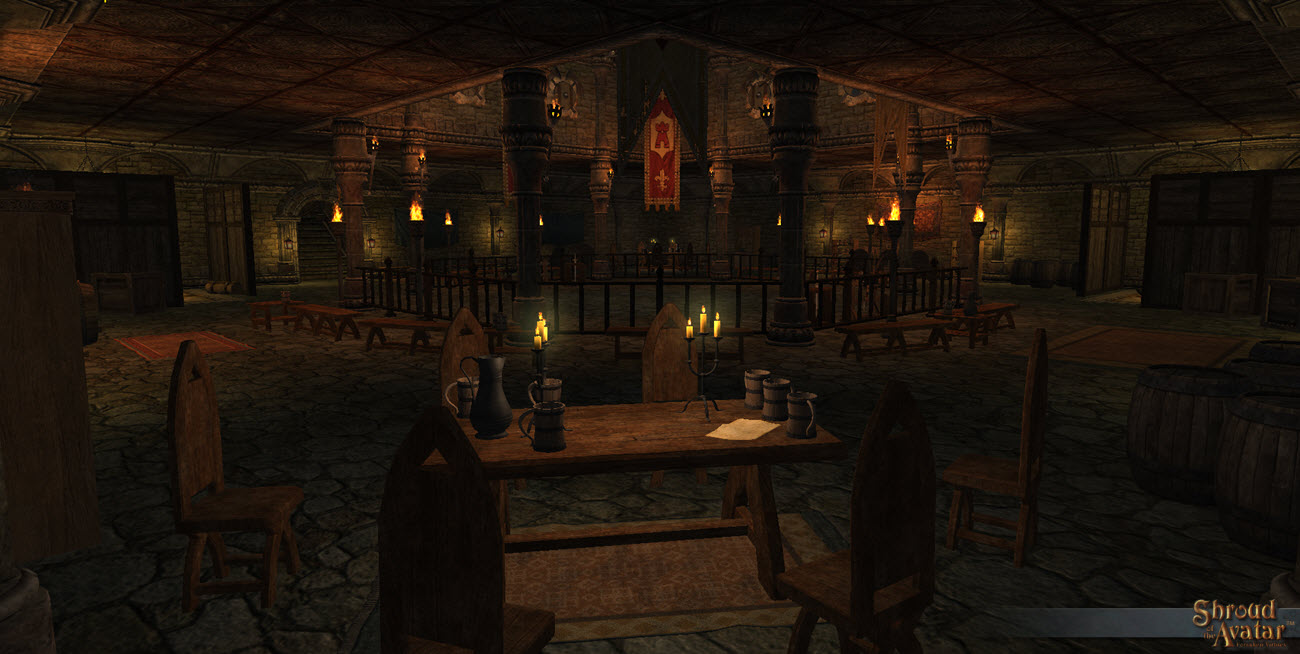 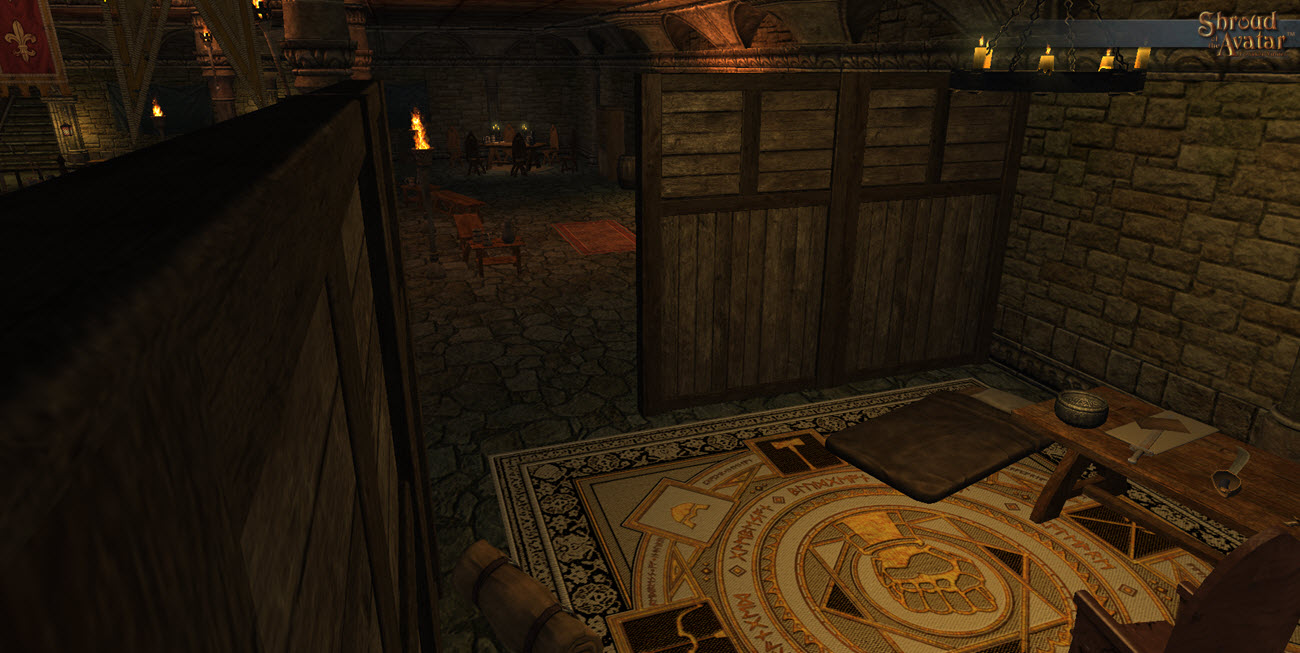 Blade of the Avatar Novel: Chapter 13 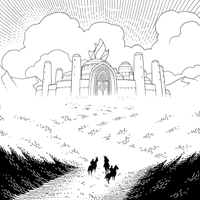 The city of Opalis lay at the horizon like a beckoning mirage.

Syenna, Aren, and Zhal, along with six of the Baroness’ guards, stopped their horses in wonder on the road that crossed the plain. They had followed the Jaana River from the Ash Coast up to the crossroads village of Jaanaford, then continued up the road that paralleled the West Jaana for several days. Now, in an instant, the weariness of their journey was momentarily forgotten.

“It’s incredible,” Aren said, shaking his head. Sitting on the back of the chestnut horse they had placed him on, the vision that had caught his eyes across the plane had made him forget that his hands were tied and bound to the horn of the saddle beneath him. “Why didn’t you tell me?”

“You haven’t been here before?” Aren asked.

“If I had only known,” she replied.

“It is a most common reaction among those whose eyes first gaze upon the beauty of Opalis,” chuckled Gerad Zhal as he urged his horse forward just enough to come alongside the captain. “I would have thought, Captain Bennis, that a warrior in the service of the Obsidian Cause would have seen many such places in the course of his conquests.”

“No, Loremaster,” Aren said through a lopsided grin. “Never anything like this.” 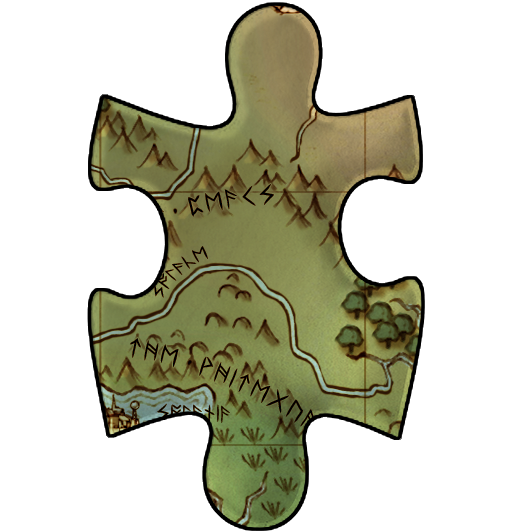 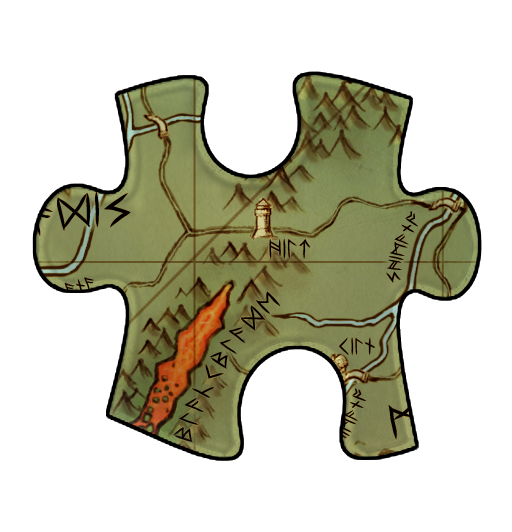 Hurry and take advantage of this tremendous offer as there are only 24 days remaining until the Early Founder Pledge Promotion ends on April 7, 2014.

Another day in Novia.

Another Saturday night with ....Strider Green!