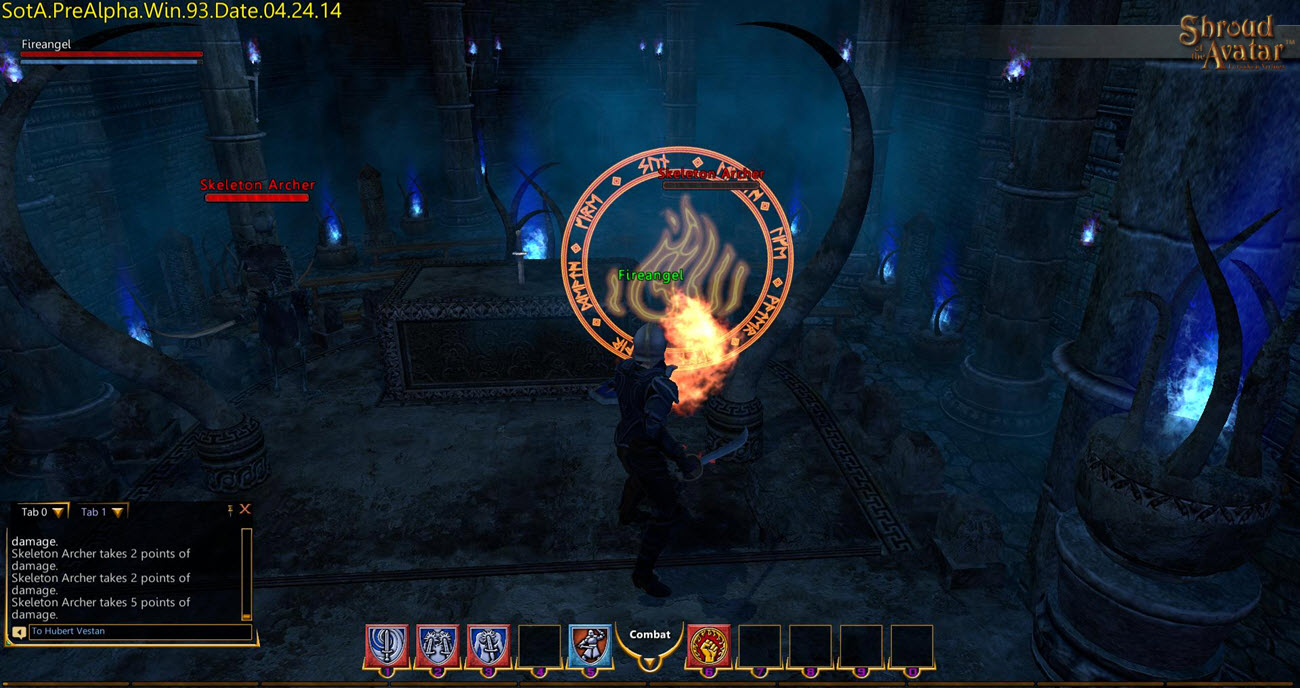 Players are having a great time with the new combat skills, and are posting some awesome combat screen shots on the forums (such as the one shown above). Here are a few more samples: 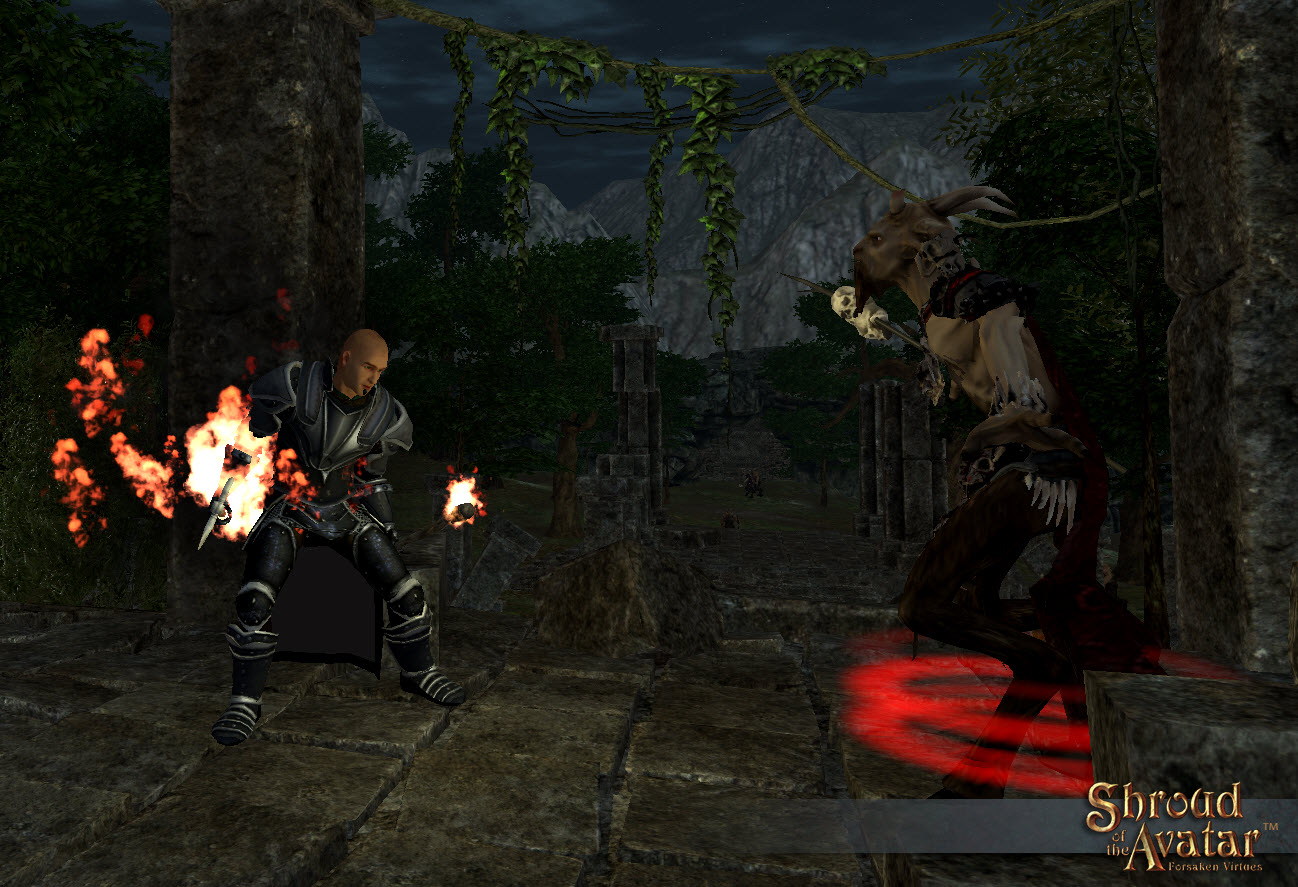 Early players are helping us uncover bugs and we’ve already published three patches that include the following fixes: 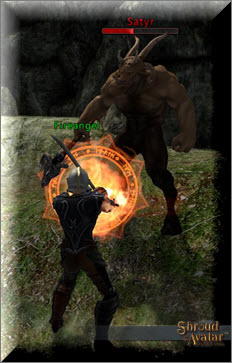 We need all your help with testing the new patches, putting more stress on our multiplayer servers, and testing the new game content, so please join us in playing Release 5.

Hurry and join us in playing Shroud of the Avatar while Release 5 access is open! If you have not backed the game yet, you will need to register and login at www.shroudoftheavatar.com, select the “Pledge or Send Gift!” button in the right side-bar, and purchase a pledge at the $45 Adventurer level or above. For a limited time, you can get the Adventurer pledge for only $25 with the Alienware Pledge Upgrade Coupon (see details below).

SotA community member, The Mad Hermit, created another great how-to video for Release 5, “The Mad Hermit’s Guide to Pre Alpha R5” highlighting the new combat skill enhancements, additional levels, persistant housing, and other features. It’s another “must see”, so take a few minutes, crank the video quality up to HD, and let The Mad Hermit give you a tour through Release 5:

Get ready to show off (and teach) your unique emote, included in the Founder rewards of every pledge tier! Here are four of those emotes: 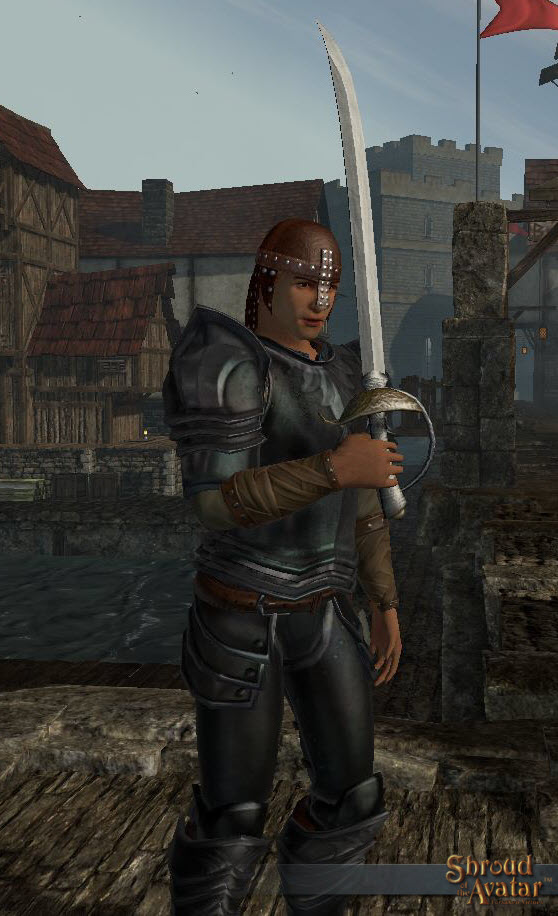 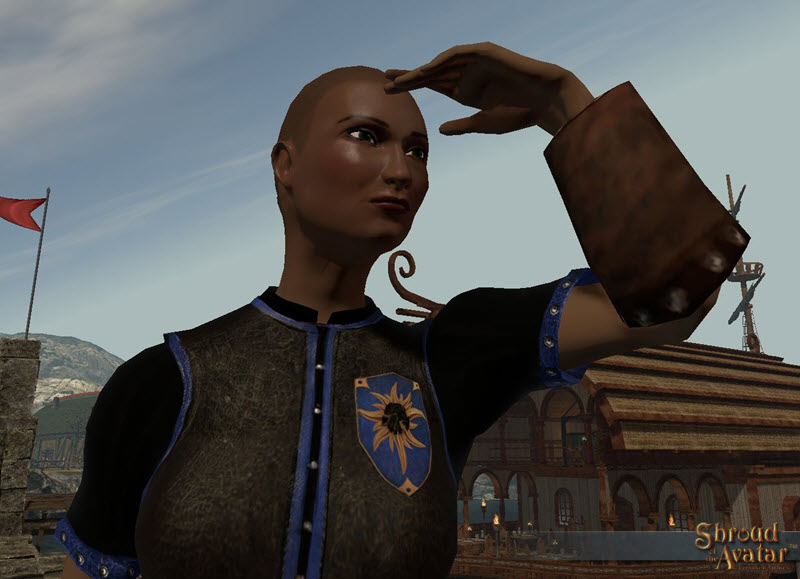 Collector: Slap in the Face 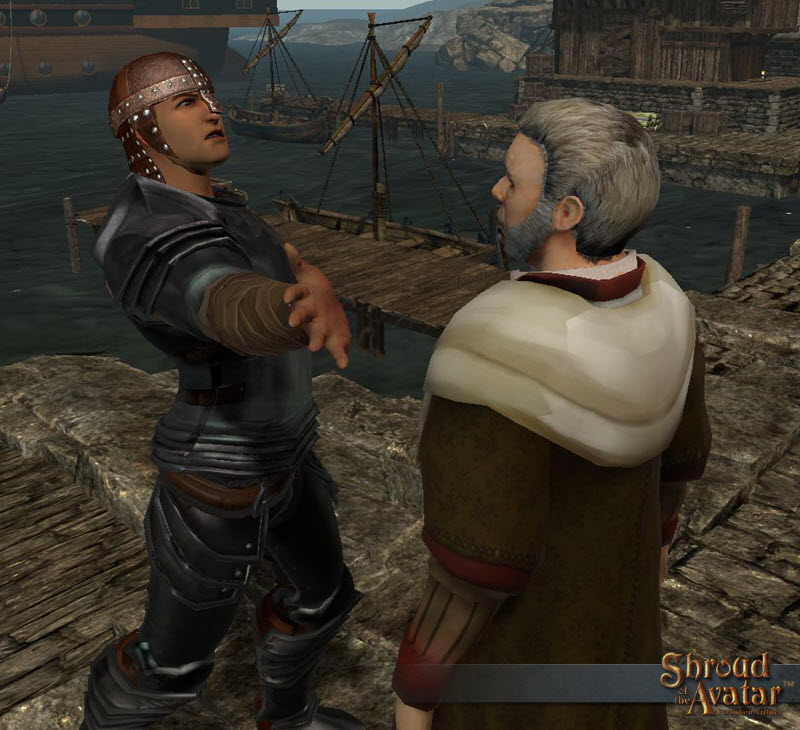 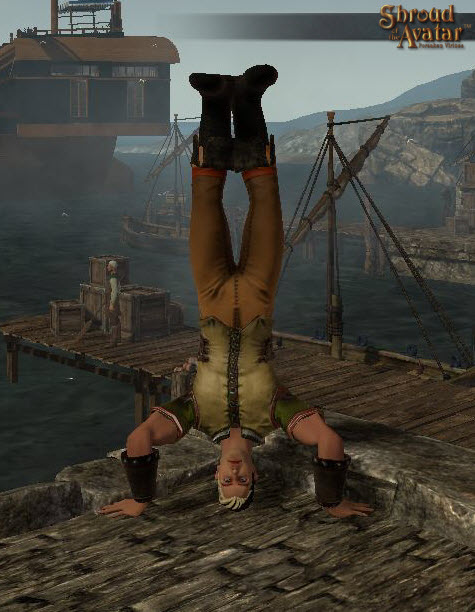 As part of the Recruit-a-Friend rewards (see Update #36), every backer that has recruited at least 5 other backers will receive this Rottweiler hunting dog, a non-combat pet that can follow you wherever you go: 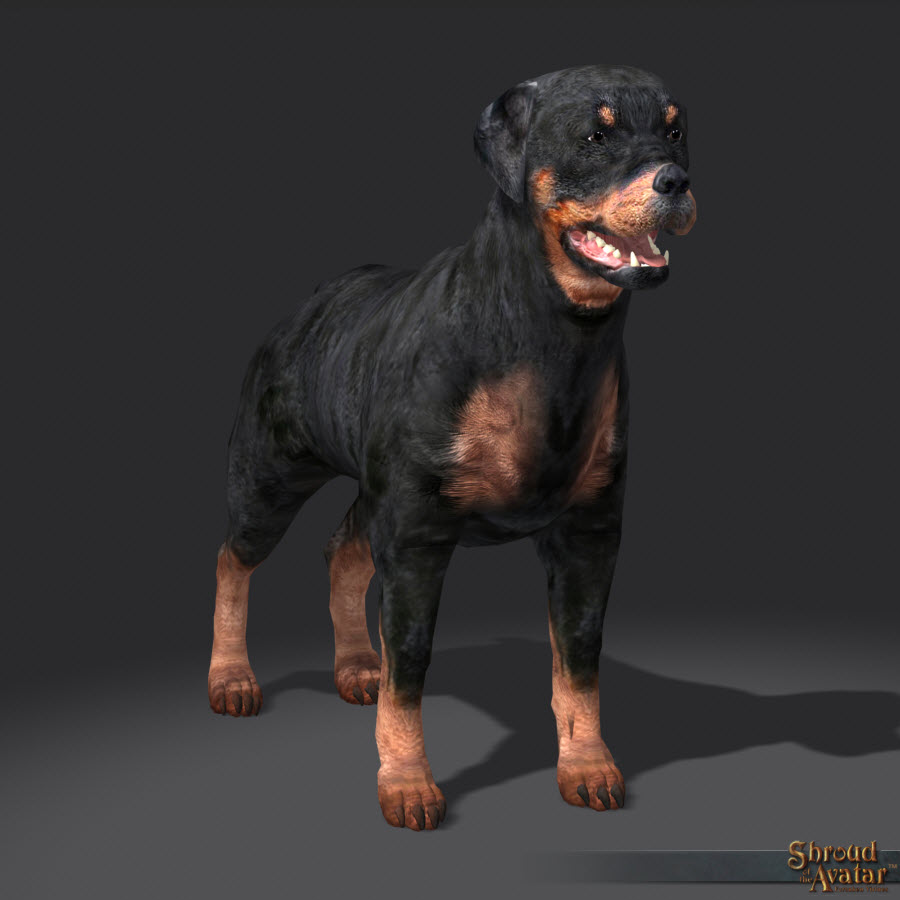 Today, we’ll be talking to Executive Producer Starr Long about crowd funding, crowd sourcing, designing for mobile and his latest game, Shroud of the Avatar. Are crowd funding and crowd sourcing really that effective and what’s the catch? In this article, Starr elaborates on the different criteria and the processes that he frequently uses, in order to make crowd sourcing successful.

I see that you’re working on a new MMO – The Shroud of the Avatar. You have built several major MMOs now and I’m curious to know where you’re taking this one.

Shroud of the Avatar: Forsaken Virtues is a computer role playing game being created by Lord British (aka Richard Garriott), creator of the genre defining Ultima series of computer games, me (Starr Long), director of Ultima Online, and Tracy Hickman, author of the Dragonlance series. It combines rich story, like those of the single player Ultimas, with deep and varied multiplayer experiences, like Ultima Online.

[Click here to read the rest of the interview]

5 Days Left to Get Your Easter Bunny & Confetti Eggs Basket

There are only 5 days remaining to get your Easter Bunny Pet or Replenishing Confetti Eggs Basket, so hurry and reserve yours (or send as a gift) in the Add-On Store now! 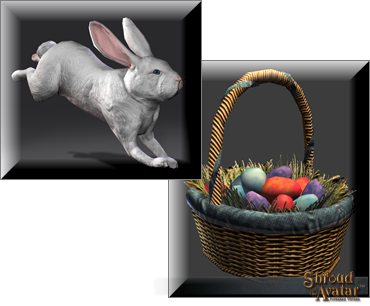 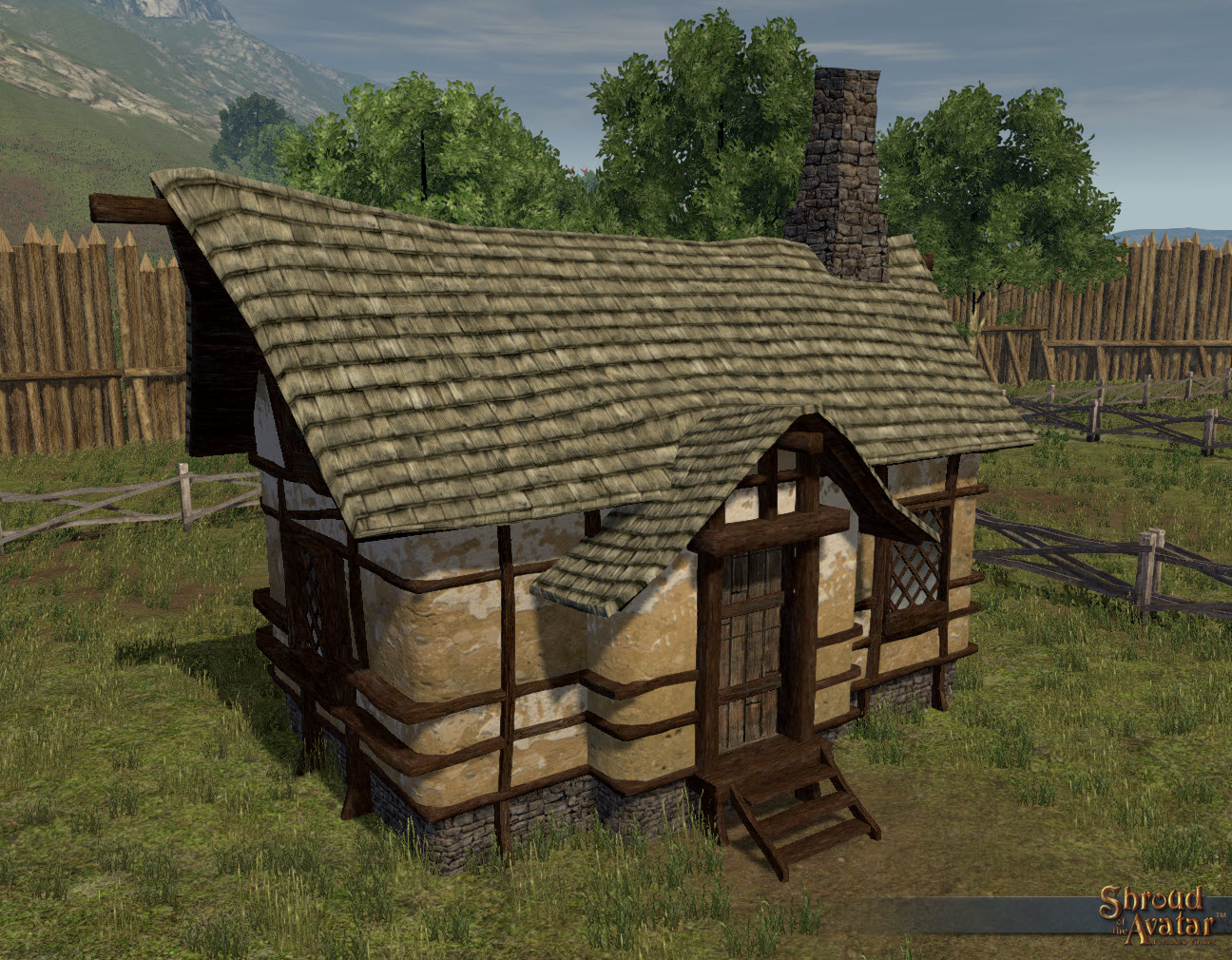 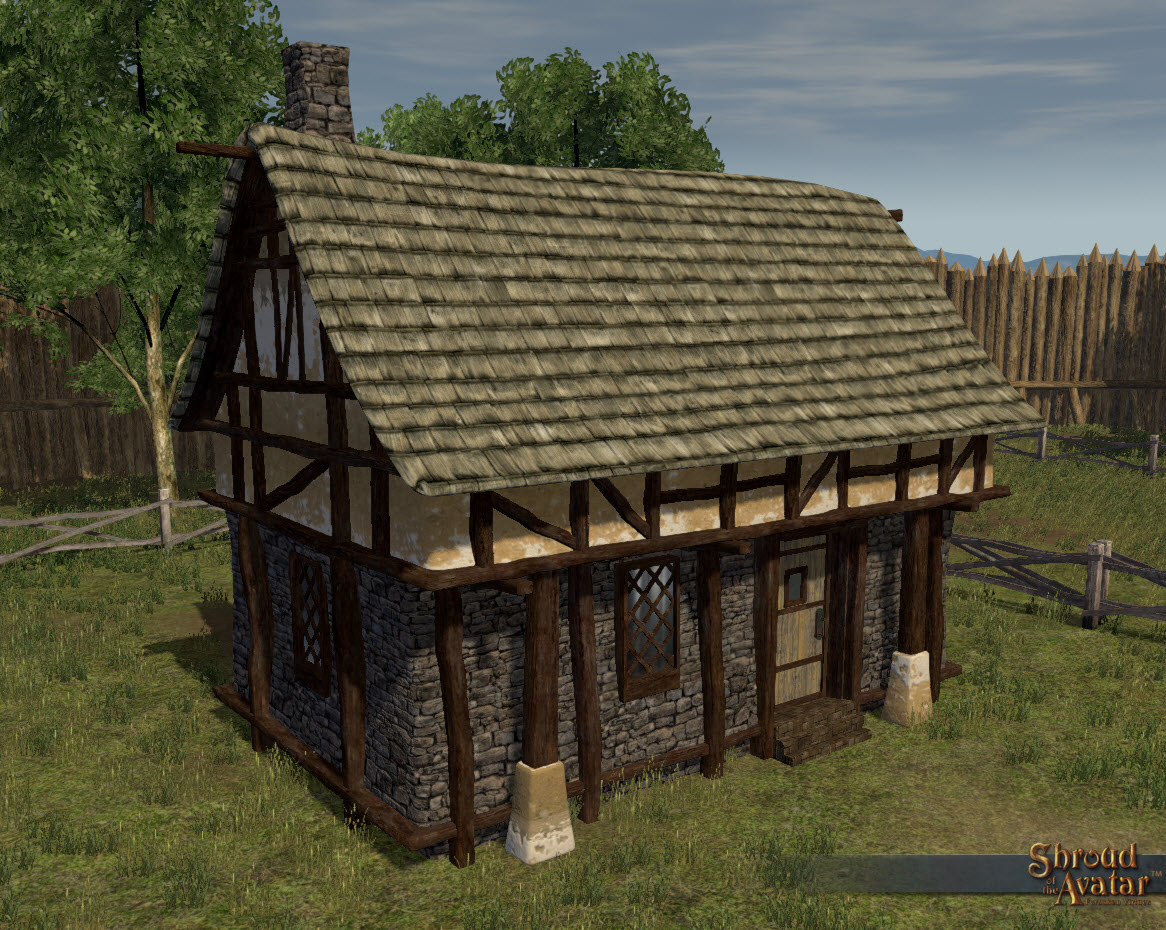 Next up in our line of Wood & Plaster homes is this 2-story, village home, now available in the Add-On Store. This home was designed with an open floor plan, with both floors comprised of single, spacious, great rooms (this home was also used as an NPC home in Owl’s Head and is included in the Town Lot Property Deed in the Add-On Store): 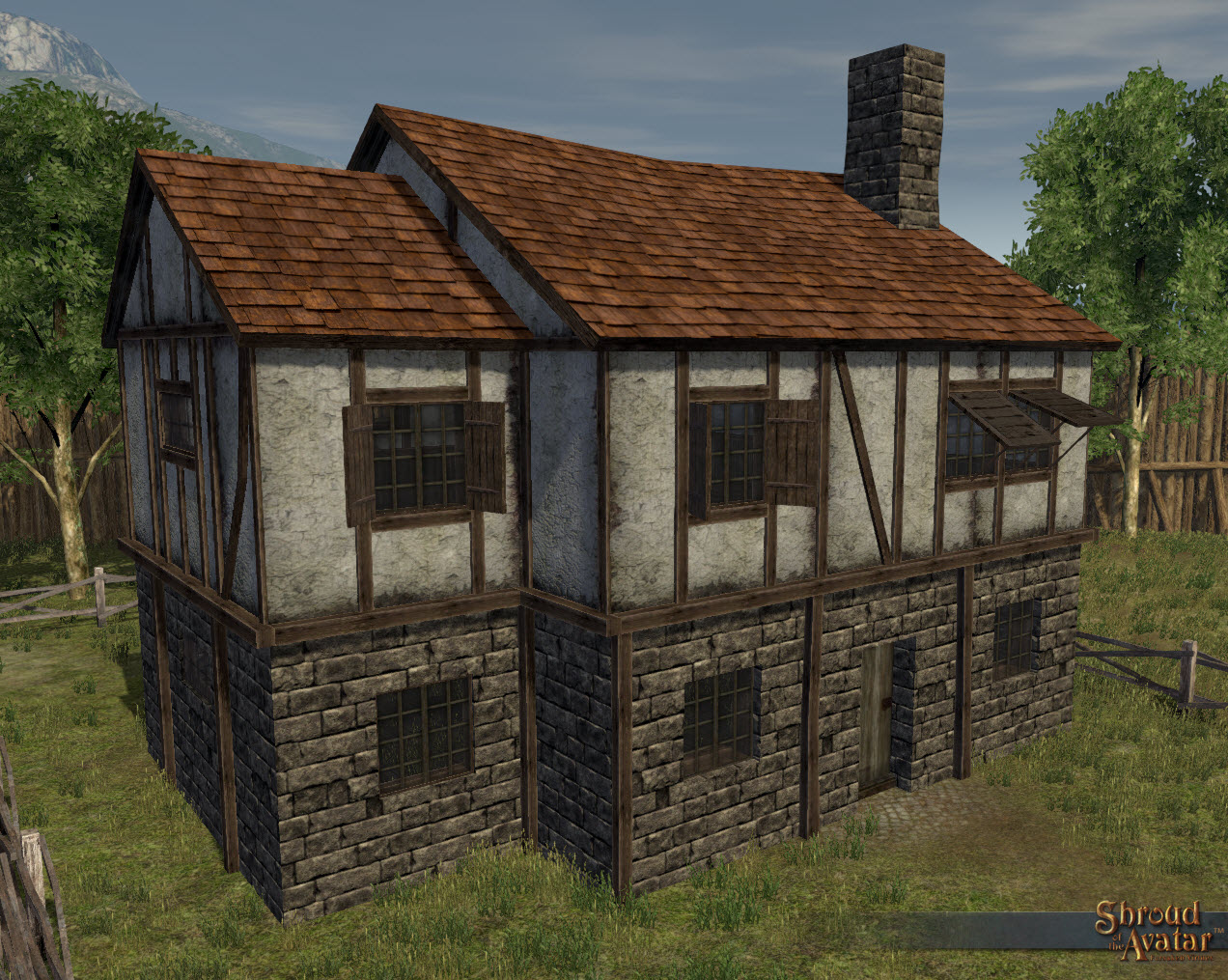 Get Your Wood & Plaster 2-Story Village Home Now for 50% off! 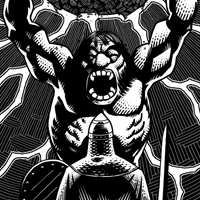 Aren rushed toward the fallen commander. He dropped to his hands and knees and pulled fiercely at the debris, shoving the shattered stones aside. He turned his face back down the wall, shouting desperately. “Llewellyn! Help me!”

The knight stood unmoving on what remained standing of the wall, blinking back at him.

The knight shook as he broke the bonds of the stupor that held him. He dropped beside Aren, pulling furiously at the stones that had nearly entombed the commander. In moments, the battered, dust-laden form of Trevan had been uncovered.

A pool of blood was spreading out from beneath Trevan’s head.

“Help me get him free,” Aren ordered as he squatted down, pressing his boots against the rubble as he positioned himself at the head of the still figure of the commander. He could feel himself slip over the blood beneath where he sat. Aren put both arms beneath the commander’s shoulders and pulled, trying to slide the fallen warrior out of the wreckage. Trevan’s body remained where it had fallen. “Keep digging!” 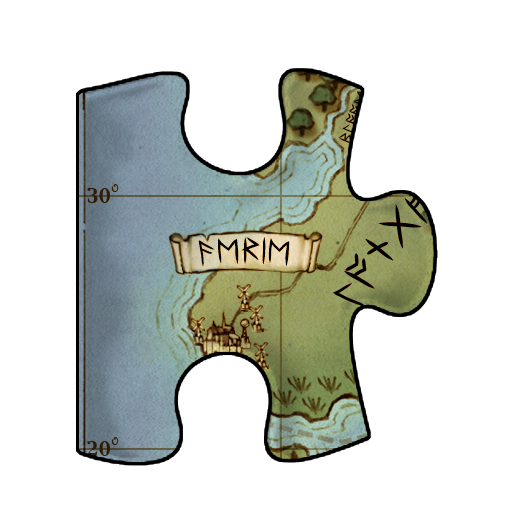 shroud of the avatar R89 skeggy media returns to novia