Shroud of the Avatar Opening Cinematic

The opening moments of Shroud of the Avatar where first you learn of the mysterious lands of Novia, and you feel the alluring pull of your destiny…

Only 6 Days Until Release 9!

Release 9 is less than a week away and we’re pretty excited about some of the new stuff we’ve added. Here’s a preview:

To accompany the Fire Elemental we introduced in Release 8, the Ice Elemental is a new combat pet, summoned with a Water magic skill: 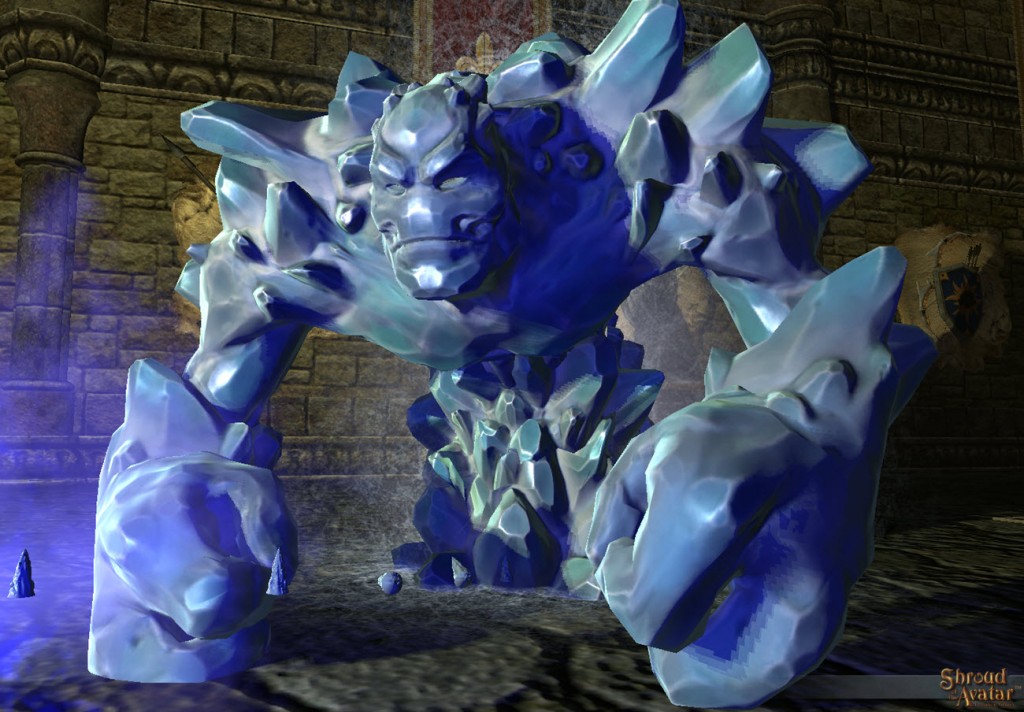 We’re sure many of you have fond recollections of the vicious Chest Mimic we introduced in an earlier release: 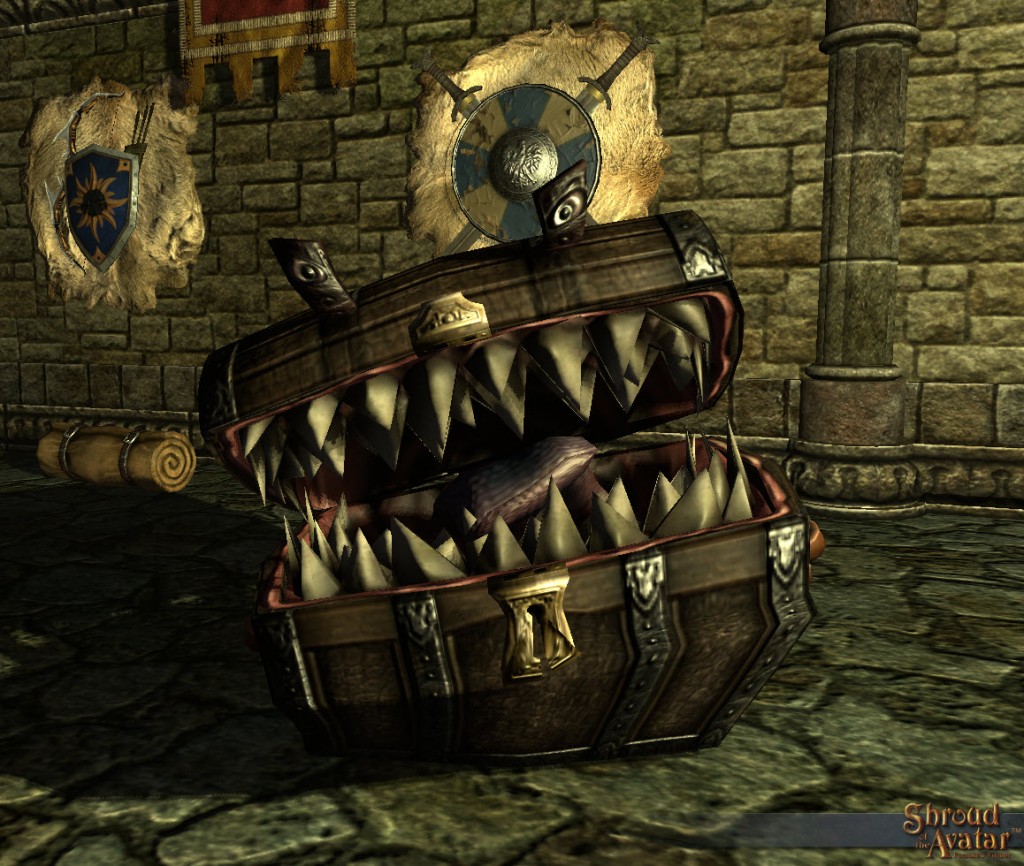 Well, get ready for the Chest Mimic’s equally vicious cousin, the Barrel Mimic: 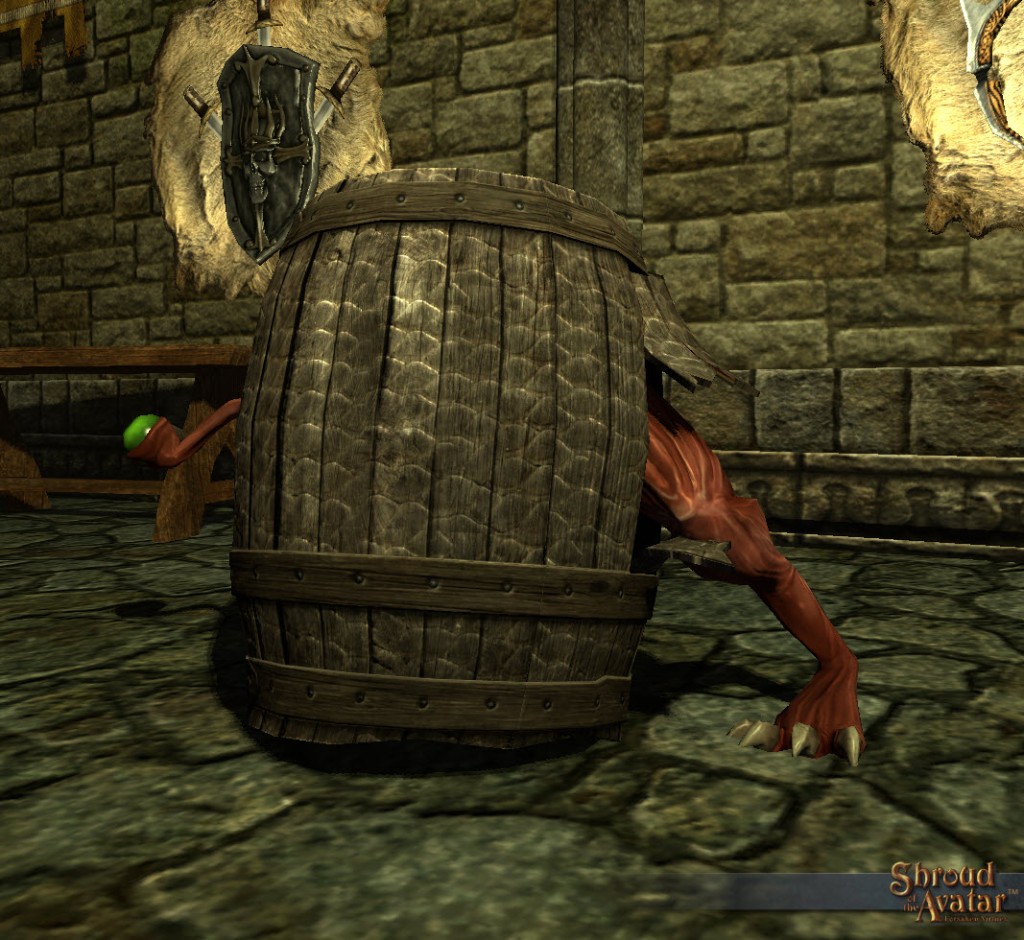 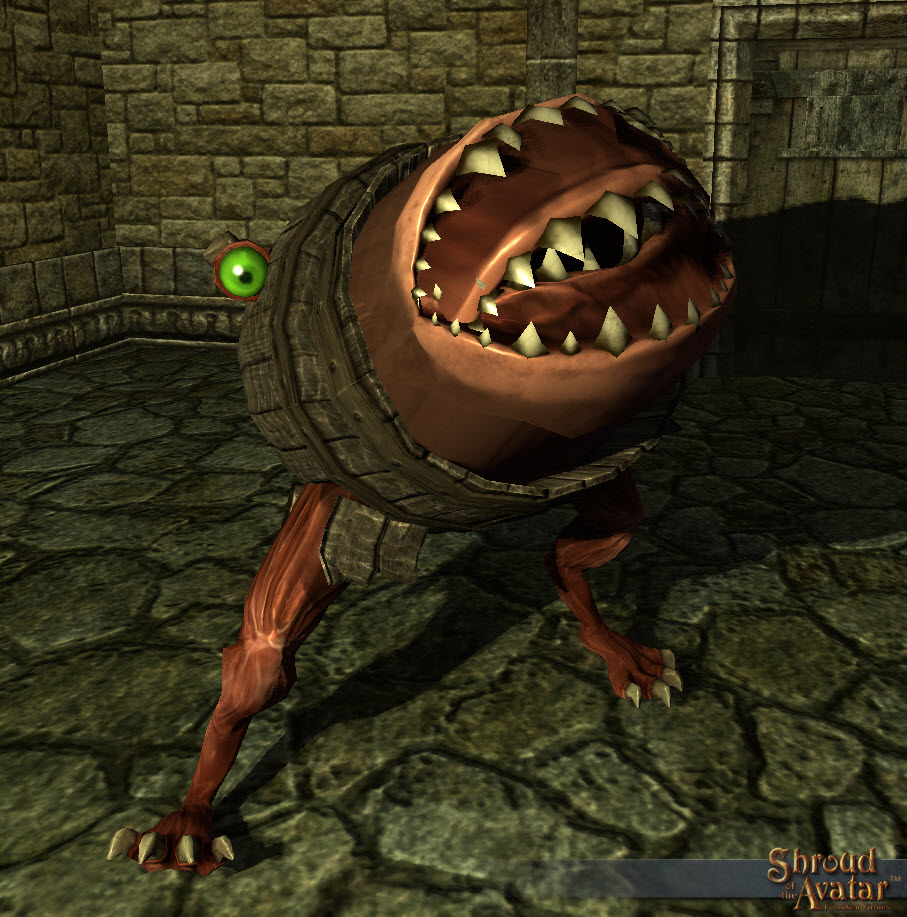 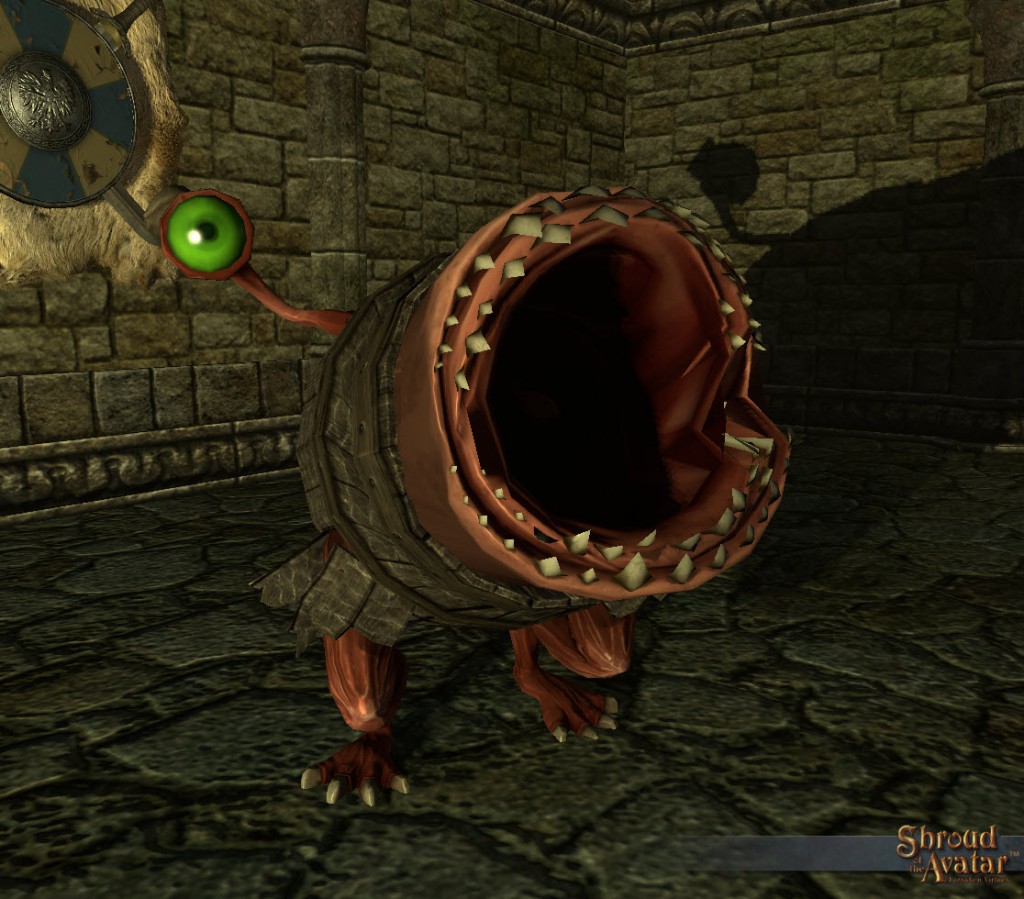 You’ll finally get to explore the city of Ardoris in Release 9:

And to help you with your explorations, Release 9 includes the first iteration of “mini-maps.” Here are all the maps included in R9: 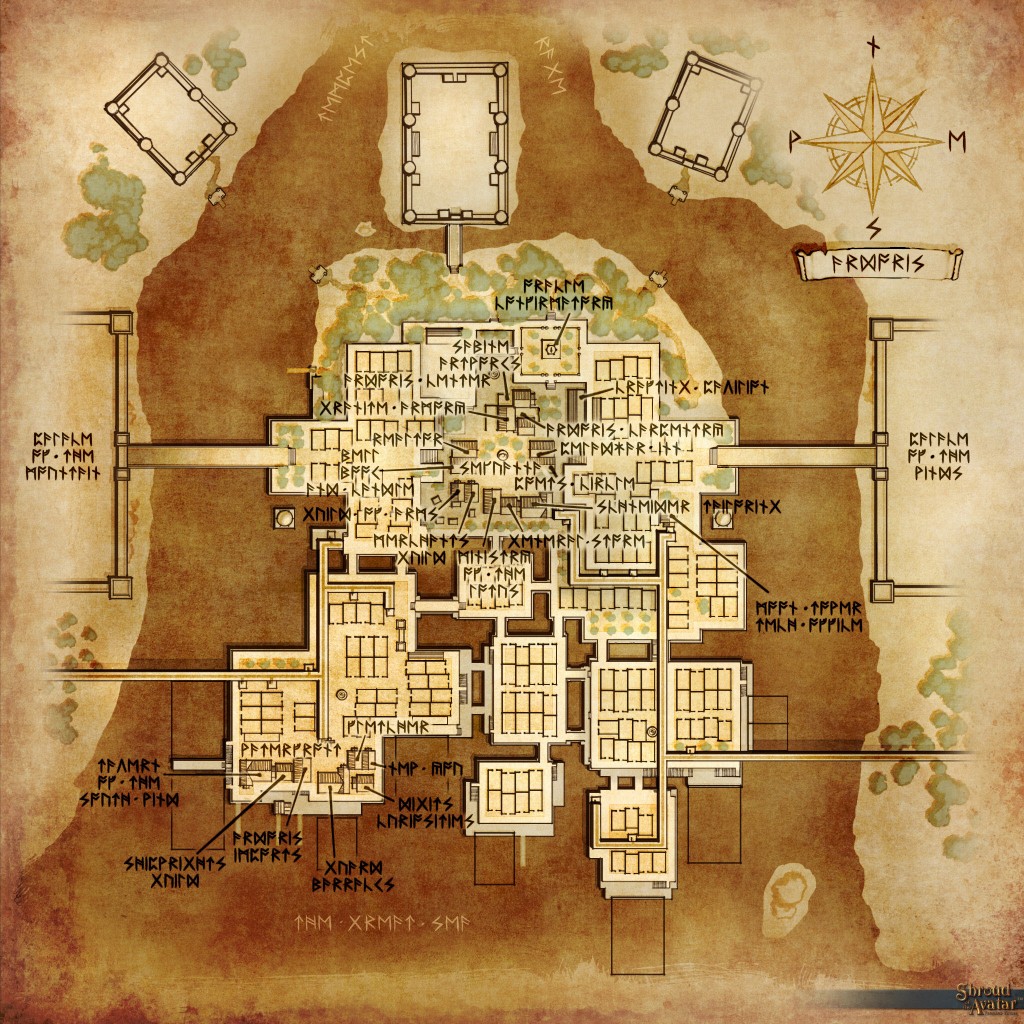 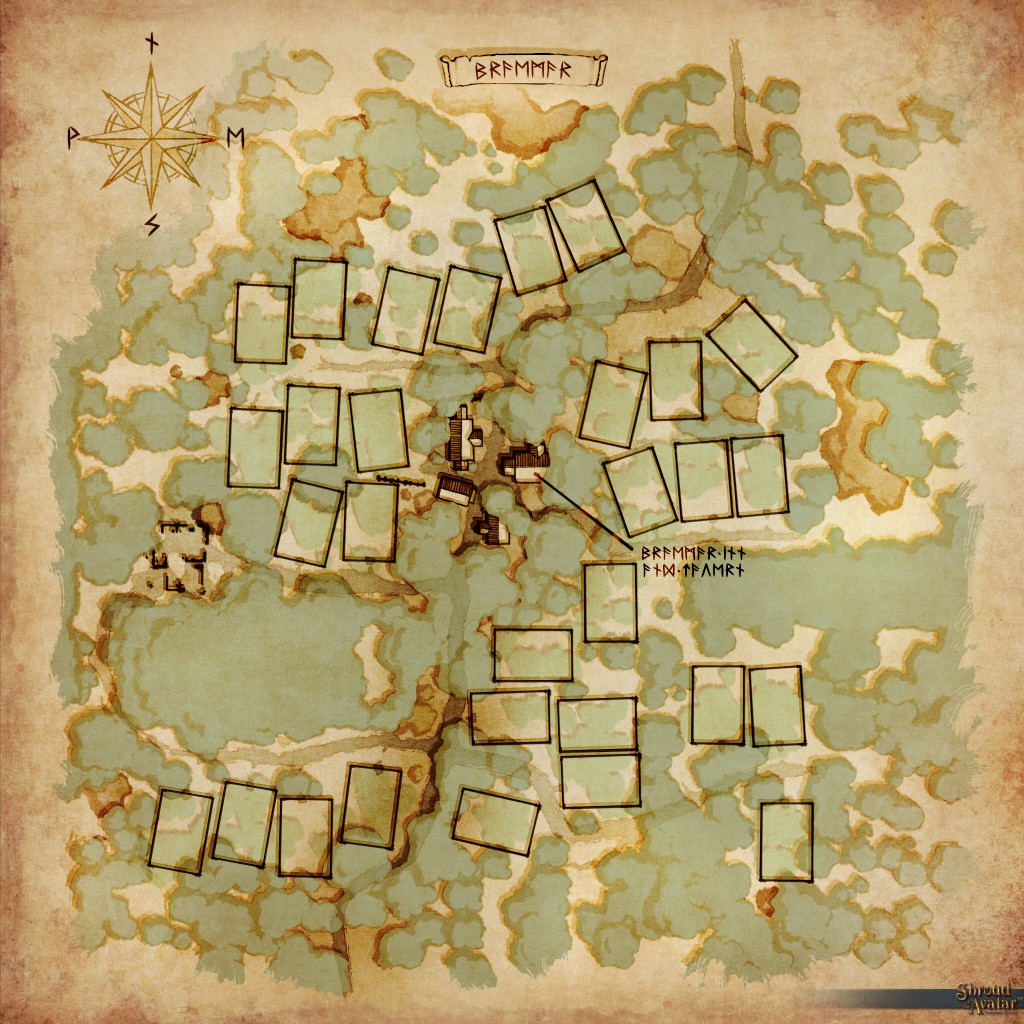 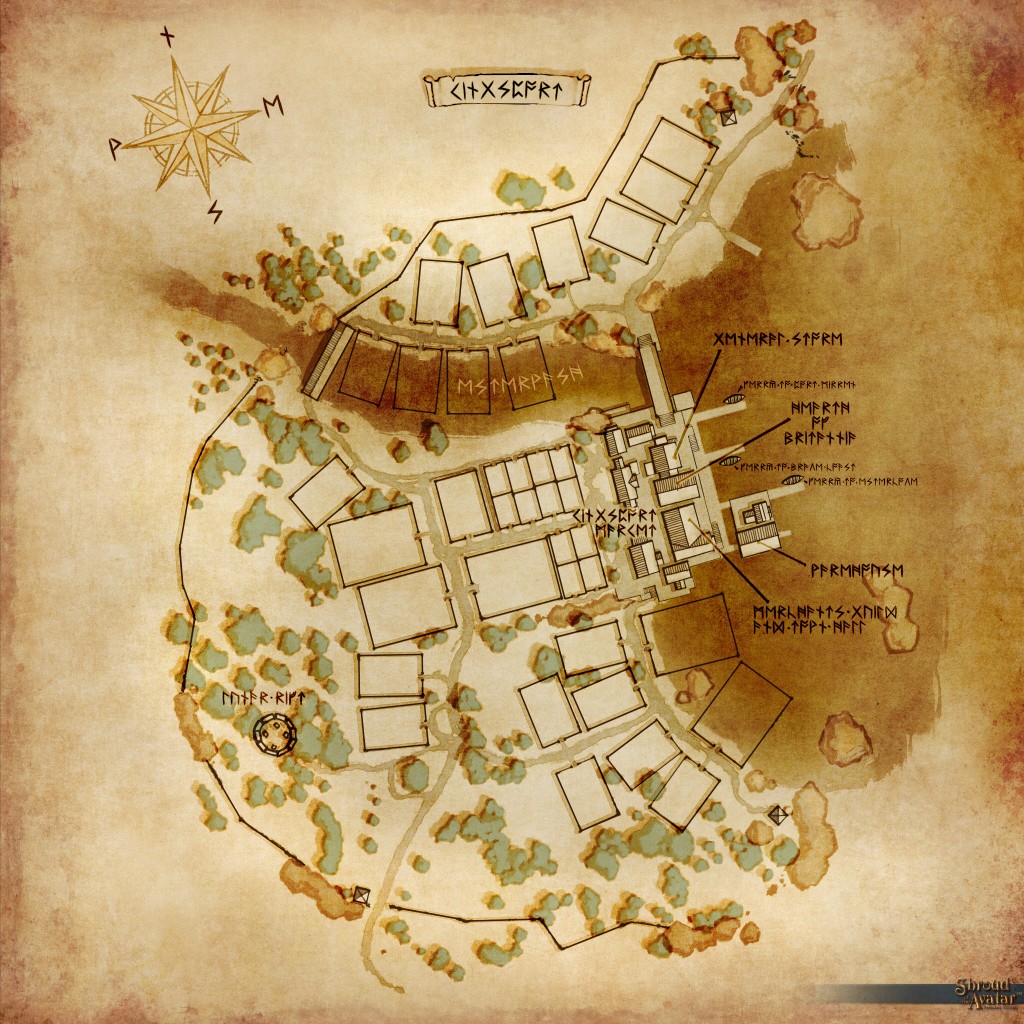 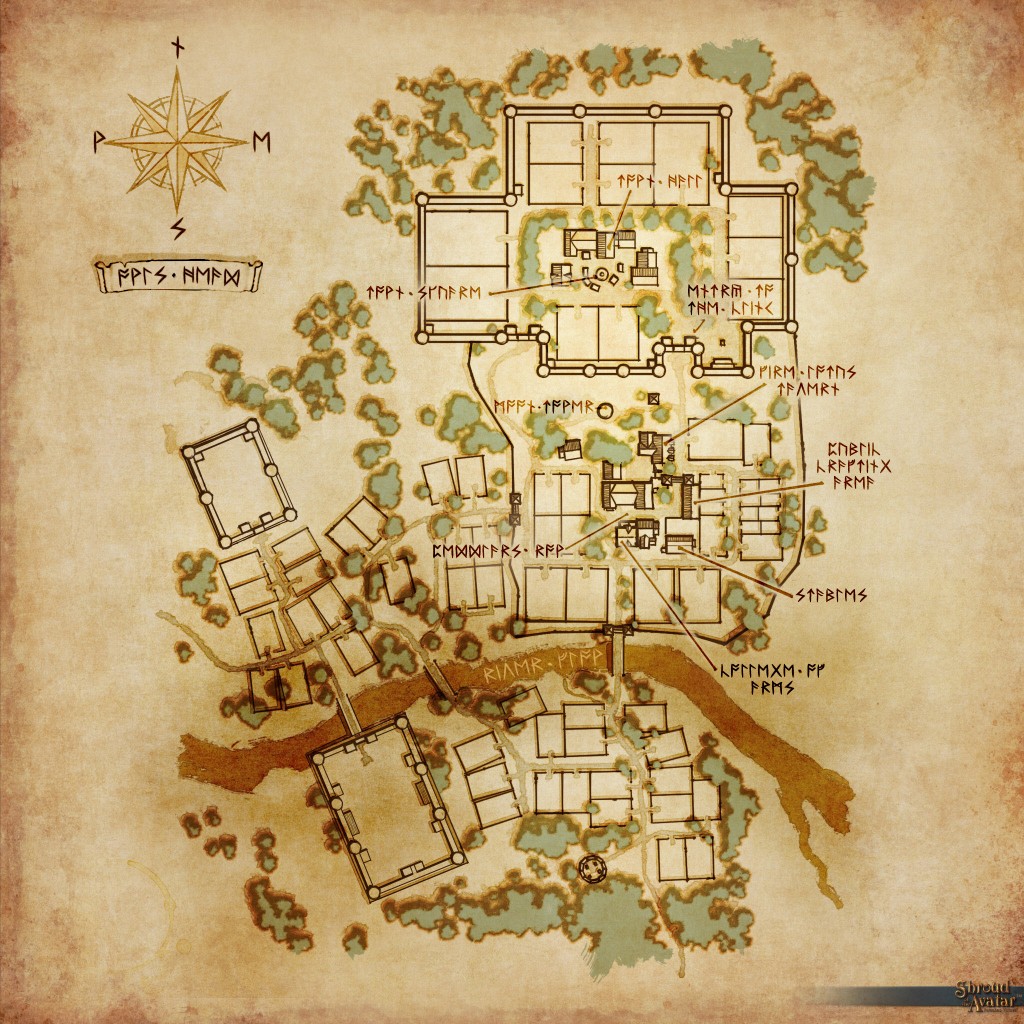 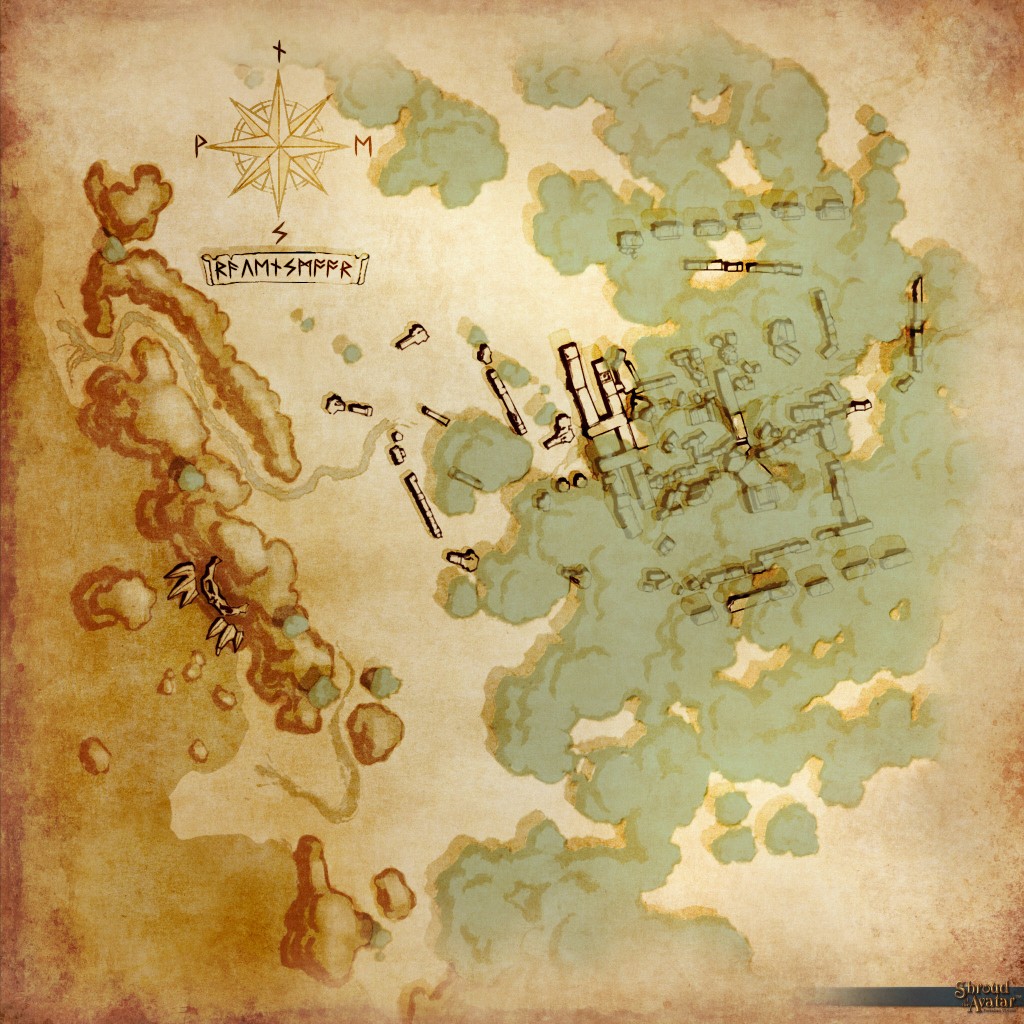 Ravensmoor Dungeon (some maps you acquire, such as this one, may be damaged and incomplete) 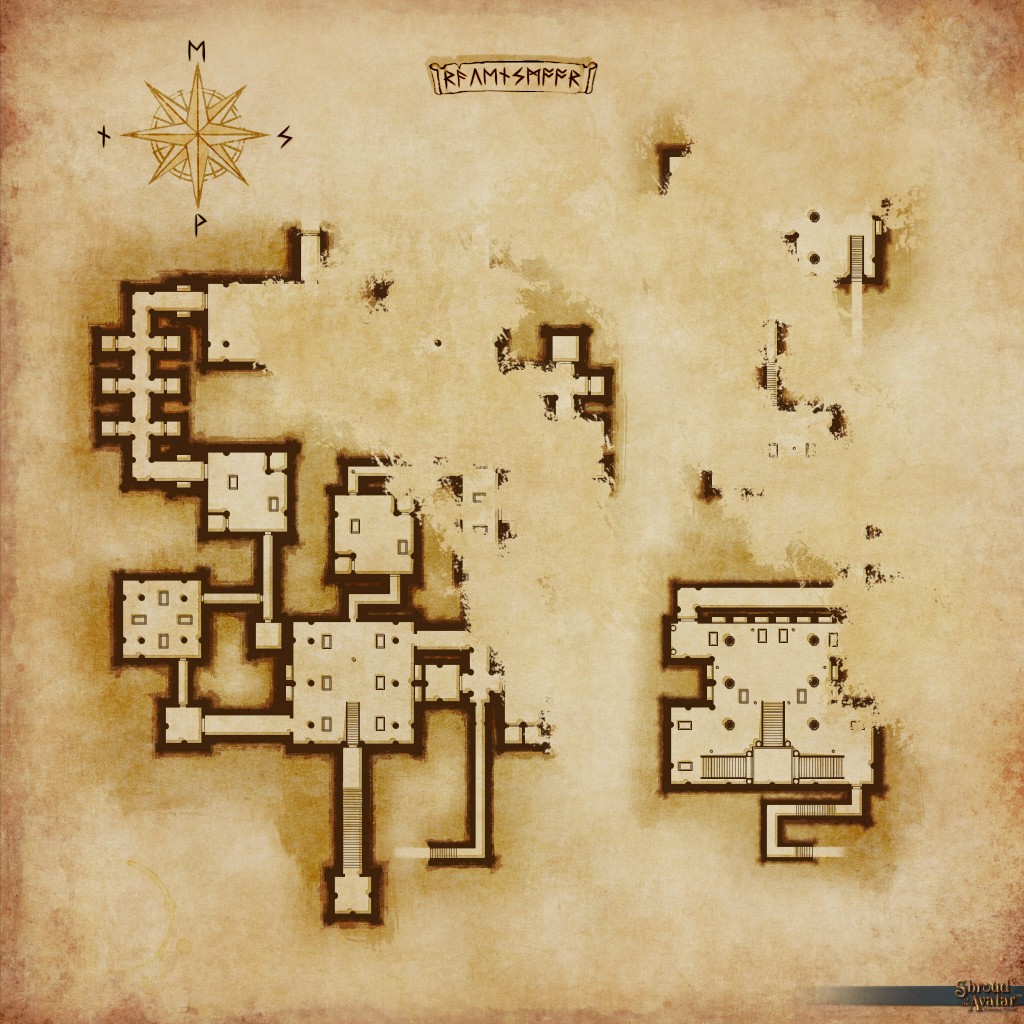 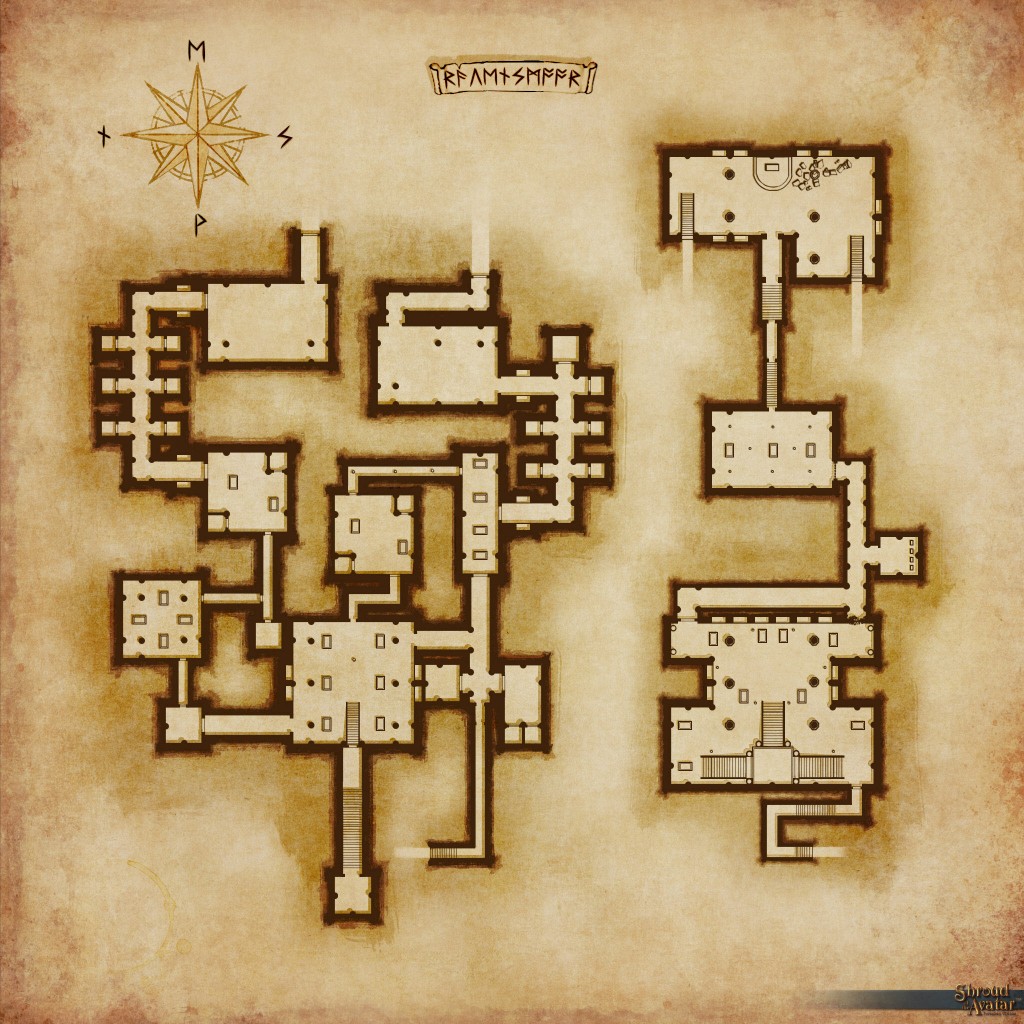 MMORPG.com is sponsoring an exclusive sweepstakes where they are giving away 1000 Release 9 Weekend Access keys to MMORPG.com members. The cut-off date for eligibility is tomorrow, August 16th, so hurry over to MMORPG.com and get signed up for the sweepstakes!

Included in the basic rewards for the Lord pledge level is this unique cloak sporting the Lord’s symbol, sewn with silver and gold thread suitable for carrying an enchantment. It is permanently enchanted to function as a light source. 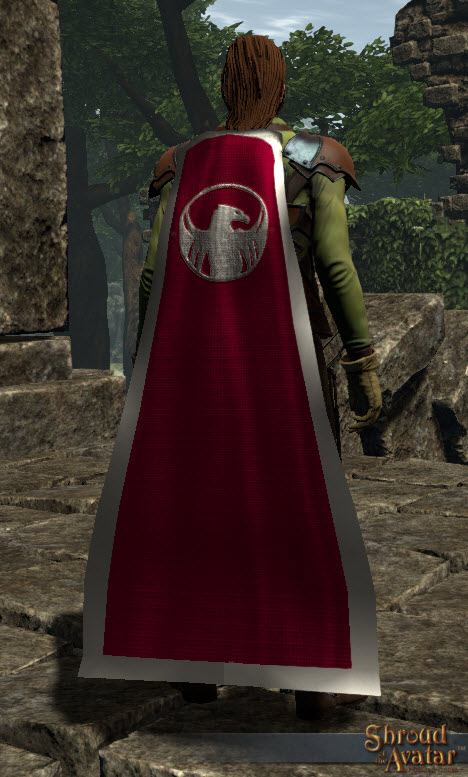 Rustic Dragon recently dug out the raw footage for the Darkstarr Training Montage that was part of the $3.25M stretch goal, and is working on the final edit of the video. He should have that wrapped up in a few weeks, so keep an eye out for it in a future update. In the meantime, here are a few snapshots from the training:

Darstarr (aka Starr Long) dressed for training (looks like Starr’s left-over jogging outfit from the 80’s)! 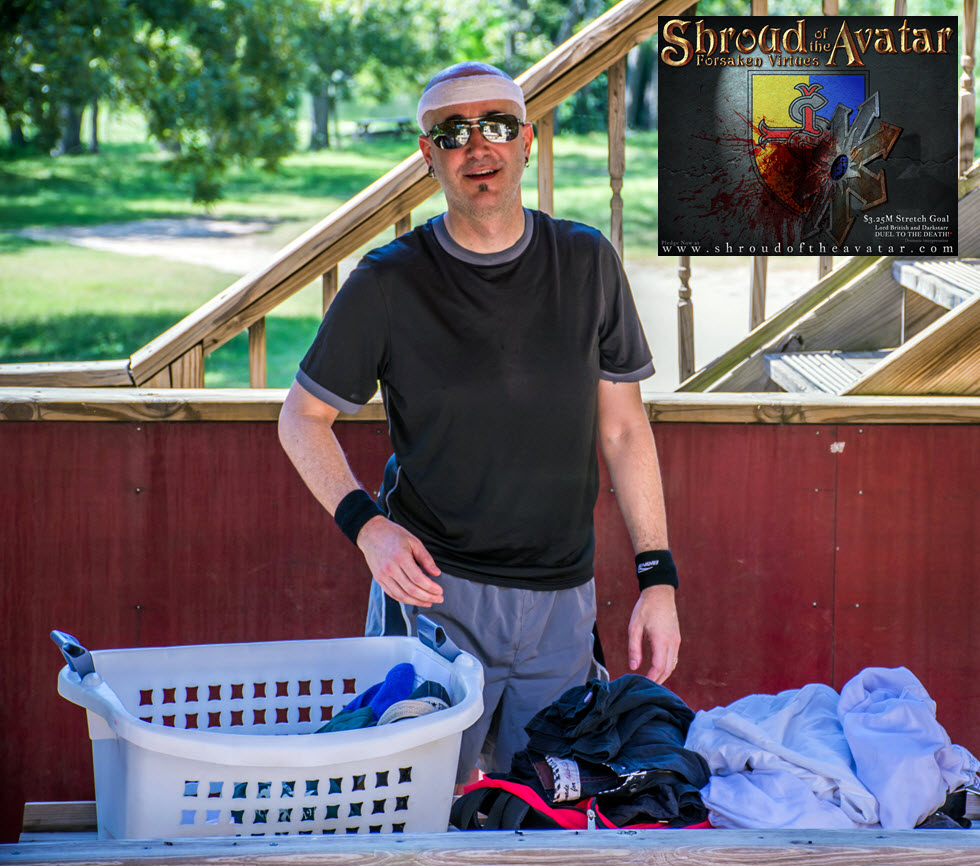 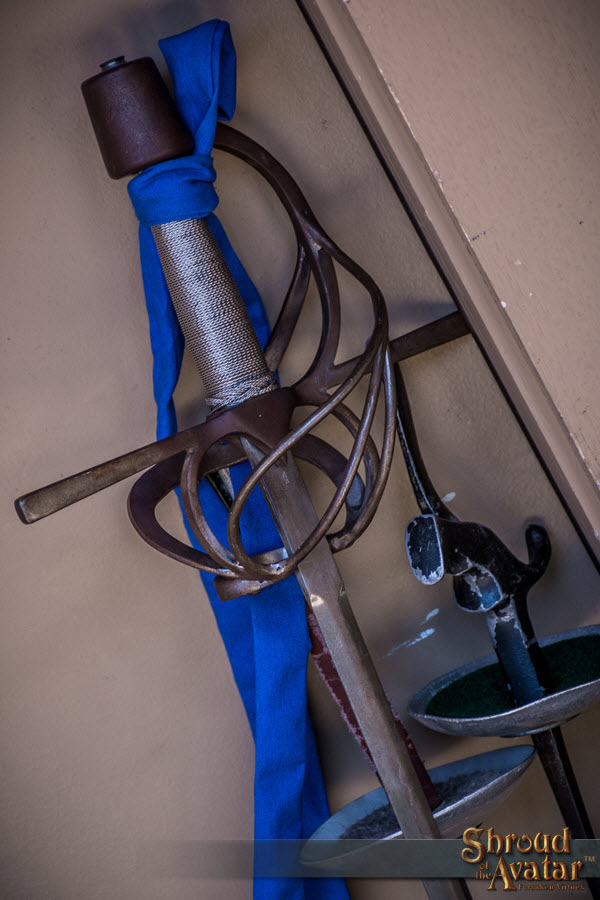 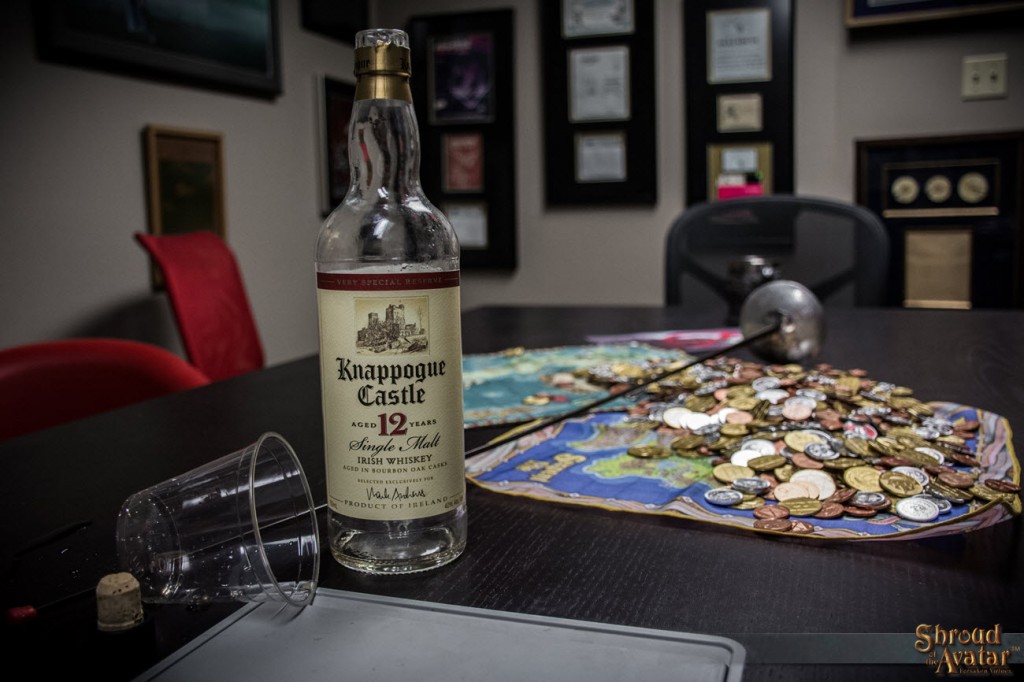 …and entering the training camp! 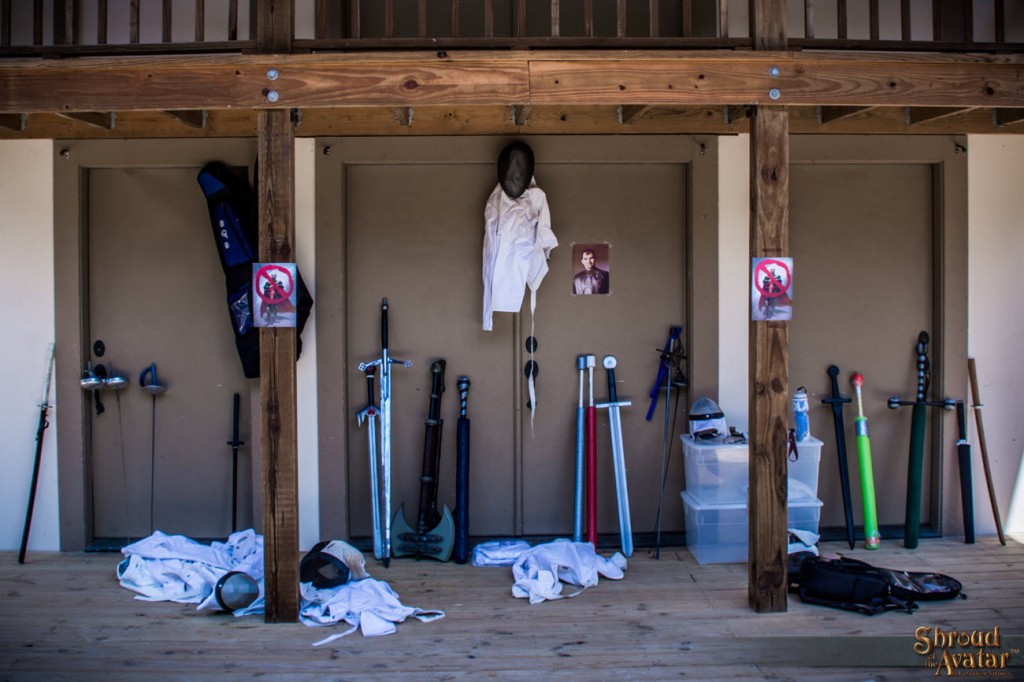 We are looking for our first pieces of “fan fiction” to begin creating books and shelving the Libraries of Novia. In this first round, we are specifically looking for tales about your adventures in The Vale. Submitted works will be reviewed by the Council of Scribes, sent to Lord British for approval, and if accepted, will be published in game over the course of several upcoming releases.

Looking to intimidate your enemies with legends of the past? Well, there is nothing like the greatly feared Obsidian Order (as seen in Blade of the Avatar) to strike fear into your foe. For centuries, this symbol has been synonymous with power, destruction, and dark magic. The Obsidian Cloak, available now at 33% off in the Add-On Store, can be yours to wear proudly, if you dare the consequences… 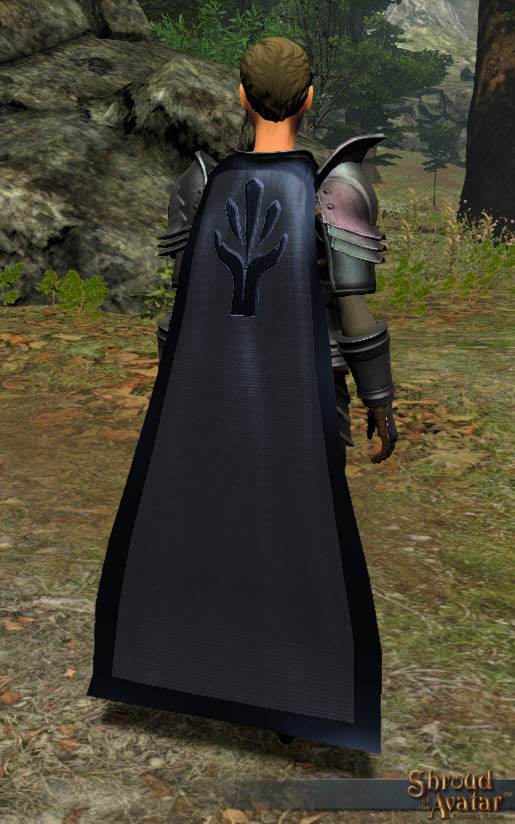 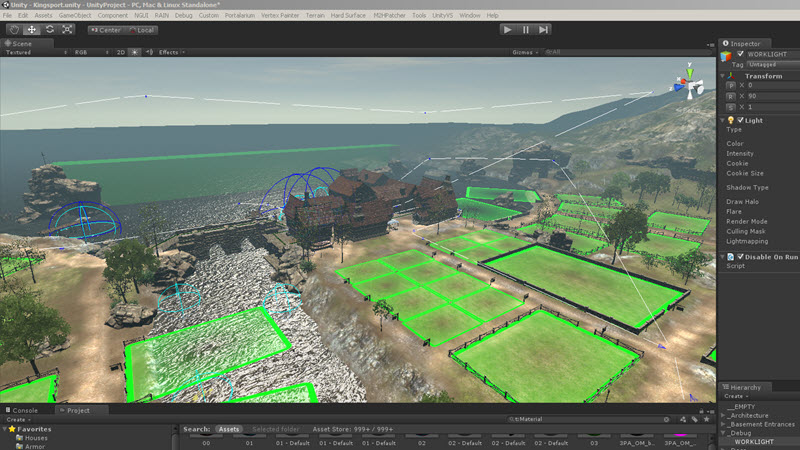 We currently have an opening for a mid-level to senior-level World Builder/Level Designer for Shroud of the Avatar. Qualifications for the “ideal candidate” are:

If you’d like to join the Portalarium Tribe working on the ground-breaking Shroud of the Avatar, please submit your resume to jobs@portalarium.com. Provide links to your work (if possible), either as actual game play or in document form including images, maps, and event descriptions.

We have a very full schedule at Dragoncon in just two short weeks, including:

Other upcoming events include:

ONLY 1 WEEK LEFT until the next SotA release drops! Come ...