Thank you to our loyal backers of Shroud of the Avatar. Release 15 access for all backers at First Responder level and above begins this Thursday, February 26 at 10:30 AM Central Time (16:30 UTC).

This far from launch, we are in a constant state of change and we do not yet have in-game systems to inform players of these changes, or to share ways to help them to explore new content and systems. This means we rely entirely on this message, and the linked instructions and known issues to convey the current game state. We regularly have to answer questions or filter bug reports because players elect not to read this valuable information. By taking a few moments to read through this information, a great deal of our time and efforts can be redirected to focus on new “unanswered” questions, and addressing critical issues impacting each release. We greatly appreciate you taking the time to review this post, and for all the truly valuable feedback you continue to provide.

We are very excited that Release 15 represents our first release using Unity 5, the latest version of the Unity engine. Unity 5 provides us with both improved performance opportunities and graphical upgrades that will allow us to iteratively and dramatically improve the visual presentation of Shroud of the Avatar. As we have said before, our goal is to make sure Shroud is as visually compelling as we have time to make it. However, whenever we have to make a choice between simulation (turning lights on/off, picking up items from the world, NPC schedules, etc.) and visuals, we will ALWAYS choose the simulation.

Moving to Unity 5 requires us to redo and retouch just about every graphical asset in the game; including textures, camera rigs, and lighting setups. Since this is such a large endeavor, our goal this release was basically, “Please make it at least look as good as it did in Unity 4.” We believe we accomplished this goal, however there might be a few errors still in the build, including missing textures (will show up as bright pink) or incorrect shaders (which can just make things look “wrong”). There may also be some scenes that still need lighting adjustments as well. In some cases, though, we believe the game is already looking much better. For instance, with Unity 5 we are now doing some post process edge shadows that really make the geometry pop.

The scale of the Unity 5 migration has required us to move out a few more deliverables than normal (see below), but we feel confident that it will be well worth any temporary delay we are experiencing. Despite that, we feel the work we did get into this release has moved the gameplay forward yet again, with major new items like Stealth and Crafting Advancement.

Please note that the patch for this release will be particularly large.

Also, remember that while we are providing new content with each release, our community is working overtime to make new events for you to enjoy, so be sure to check out a couple of the Community Events Calendars run by our community members (via in game book or the player run websites Avatars Circle Community Events and Events of the Avatars calendar).

Without further ado, here are the R15 deliverables.

We need all your help with testing the new patches, putting more stress on our multiplayer servers, and testing the new game content, so please join us in playing Release 15!

Our long-time friend and former Origin protégé, Paul Neurath, is rebooting the legendary Ultima Underworld games with the Underworld Ascendant Kickstarter campaign! It has been more than a decade long wait, but the stars have aligned and Paul has at long last freed the rights to move forward with the franchise. We’re especially excited that, just as the original Ultima and Underworld shared a connection on backstory and fictional elements, so too will Shroud of the Avatar and Underworld Ascendant.

They’ve enlisted the aid of SotA Lead Story Designer and co-author of SotA’s Blade of the Avatar novel, Tracy Hickman, to pen an Underworld Ascendant novel as part of their $750k Stretch Goal: 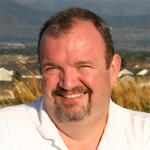 Tracy’s talents as a fantasy author, together with his deep experience with gaming and close collaboration on Shroud of the Avatar, a world connected to ours, make him ideally suited to write the Underworld Ascendant novel. The novel is going to be set several generations before the game takes place, and tell the story of how a band of Dark Elves from the land of the Shroud of the Avatar passed through a magic portal to make an exodus into the Stygian Abyss. It will tell of their trials in this harsh and dangerous underworld, and of how they carved out a place for themselves.  – Underworld Ascendant Update #15

The gamers over on Steam were so excited about Underworld that it only took a week for it to be Greenlit!

As some of you already know, Underworld Ascendant has been Greenlit on Steam! Only took a week. Not sure if that’s a record, but mighty fast. Huge thanks to all the fans who gave the game a big YES and helped bring us to the attention of the tens of millions of players on Steam. We are still in early prototype development, so many months to go before we’d have a build for Steam. But sweet that we’ve got a slot warmed up and waiting, for when we do.  – Underworld Ascendant Update #16 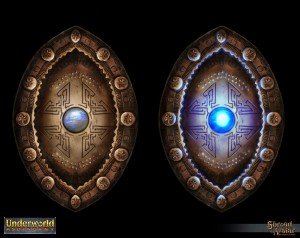 We’re teaming up with Underworld Ascendant so that backers of both games will get a special in-game Dark Elven “Kinsman” Buckler!

Otherside Entertainment is currently at $550k of their $600k funding goal, but needs your help to reach their goal and start working toward their stretch goals! Be sure and check out the Underworld Kickstarter site, and if you are as excited about it as we are, then show your support and make a pledge to Raise the Underworld!

Another of our former Origin protégés, Gordon Walton (Ultima Online, Star Wars Galaxies), has teamed up with J. Todd Coleman (Shadowbane, Wizard 101), to create an awesome sounding game called Crowfall. They describe it as a seamless blend of an MMO with a large-scale Strategy game! Think “…Game of Thrones meets Eve Online”. They’ve enlisted the aid of yet another former Origin protégé, Raph Koster (Ultima Online, Star Wars Galaxies), as a design consultant!

Game characters are persistent, but the Campaign Worlds are not. Players are Crows – Champions who travel from one world to the next, fighting an endless War of the Gods. There are two types of Worlds in the Crowfall Universe: the Campaign Worlds, which produce materials such as stone, iron, and wood (and last until some “win condition is met” – typically 1 to 3 months), and the Eternal Kingdoms, which are barren of resources — but last forever. When a campaign ends, a victor is declared, the map is wiped and the World goes offline forever. The players – the Crows – then fly back to their Home Worlds, to either count their spoils or lick their wounds before they choose a new Campaign and fight again.

Another really cool feature is that the worlds are made of voxels (like Minecraft, only much smaller) – which means the entire world is destructible. They are harnessing VoxelFarm technology to generate an endless succession of unique and interesting Campaign Worlds for you to mine, shape, conquer and destroy.

Sounds pretty awesome, right? A lot of gamers think so because they just started their Kickstarter campaign yesterday and reached 50% of their funding goal in just 10 hours! Check out their Kickstarter page and if you like what you see then help them build Crowfall with your pledge!

Our goal is to make Shroud of the Avatar the best game we can for you, our backers, and the best way we can do that is by growing our community of backers through the power of word-of-mouth marketing. That’s where we need your help! With essentially no marketing budget, we rely on things like press coverage and friend-to-friend networking on platforms such as Facebook and Steam. Here’s how you can help us with your word-of-mouth power:

Facebook can be a powerful word-of-mouth marketing tool at very little cost, but only if we can reach a large enough network of Facebook users. You can help us to reach a larger Facebook audience simply by going to the Shroud of the Avatar Facebook page and clicking on the “Like” button. If every one of our 50k backers gave us a “Like” the marketing reach of our Facebook posts would be incredible!

If You Like SotA then Write Us a Positive Steam Review

One of the most important word-of-mouth tools on the massive Steam platform is their user reviews. Many Steam users rely on a game’s Steam reviews to help them decide if they want to play a game or not. If you feel positive about SotA, or feel positive about what SotA may become, even if you have concerns and issues, then please jump over to our Steam Store Page and give us a positive review (and feel free to include your concerns and issues in that review as well)!