The Syndicate Includes Shroud of the Avatar in Guinness World Record

First founded in February 1996, The Syndicate had been active for 19 years 170 days, as of 20 July 2015. The Syndicate prefers to only take part in a limited number of games at any time and is currently focused on Ultima Online, World of Warcraft and Shroud of the Avatar. Additionally, they have been prominent in titles such as Star Wars: The Old Republic and EverQuest. The guild is known for its motto “Long Live The Syndicate”, often abbreviated to “LLTS”.

Their site can be seen here: http://www.llts.org/

Our deepest heartfelt thanks to Sean and the entire Syndicate for including Shroud of the Avatar in their prestigious world record! 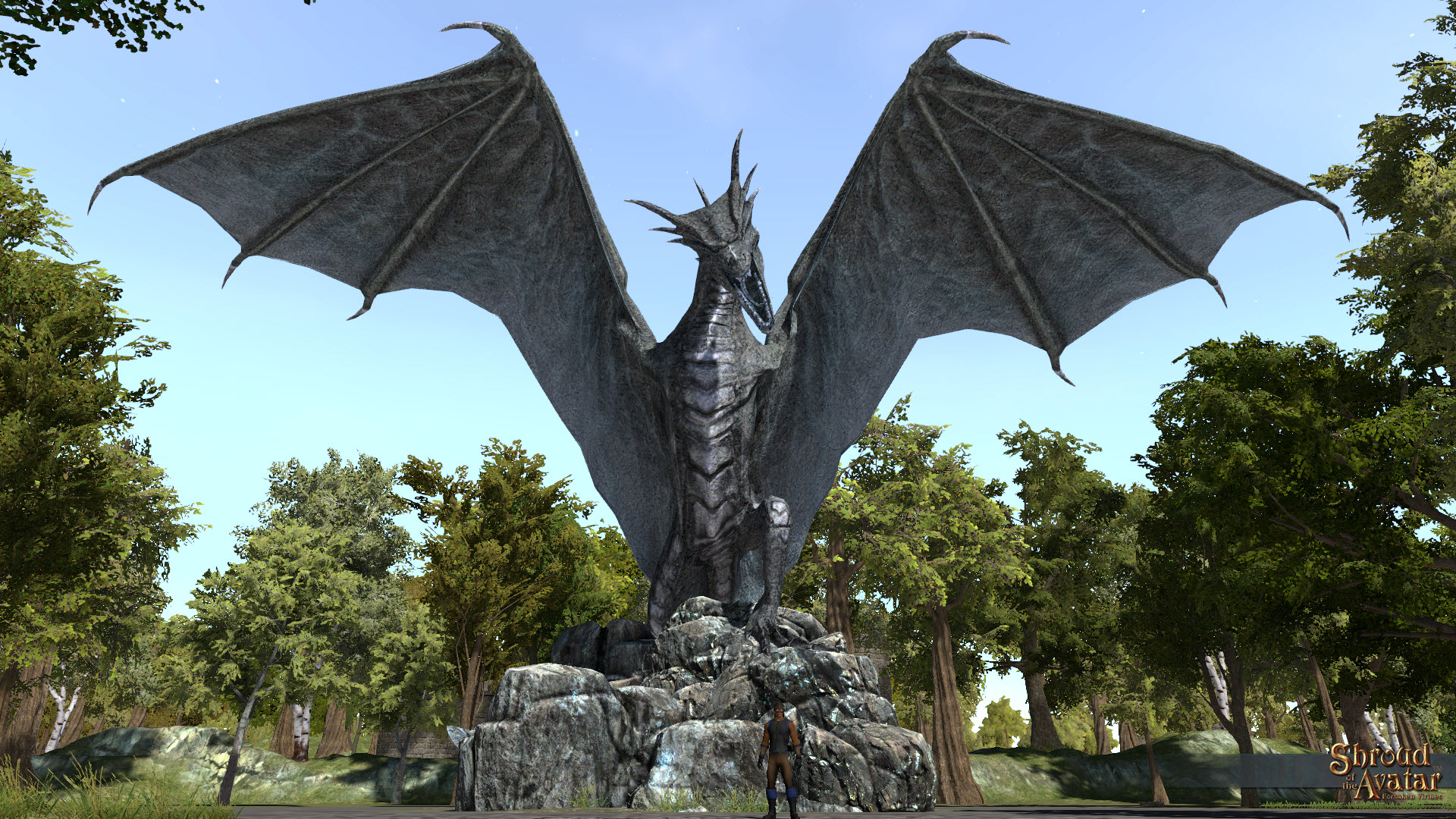 And speaking of The Syndicate, their capital town, Arx Draconis, is our newest static Player Owned Town to come online. A large fortress with a Dragon statue centerpiece, it uses the island template and is located off Spindrift Island on the north side of Bay of Storms. 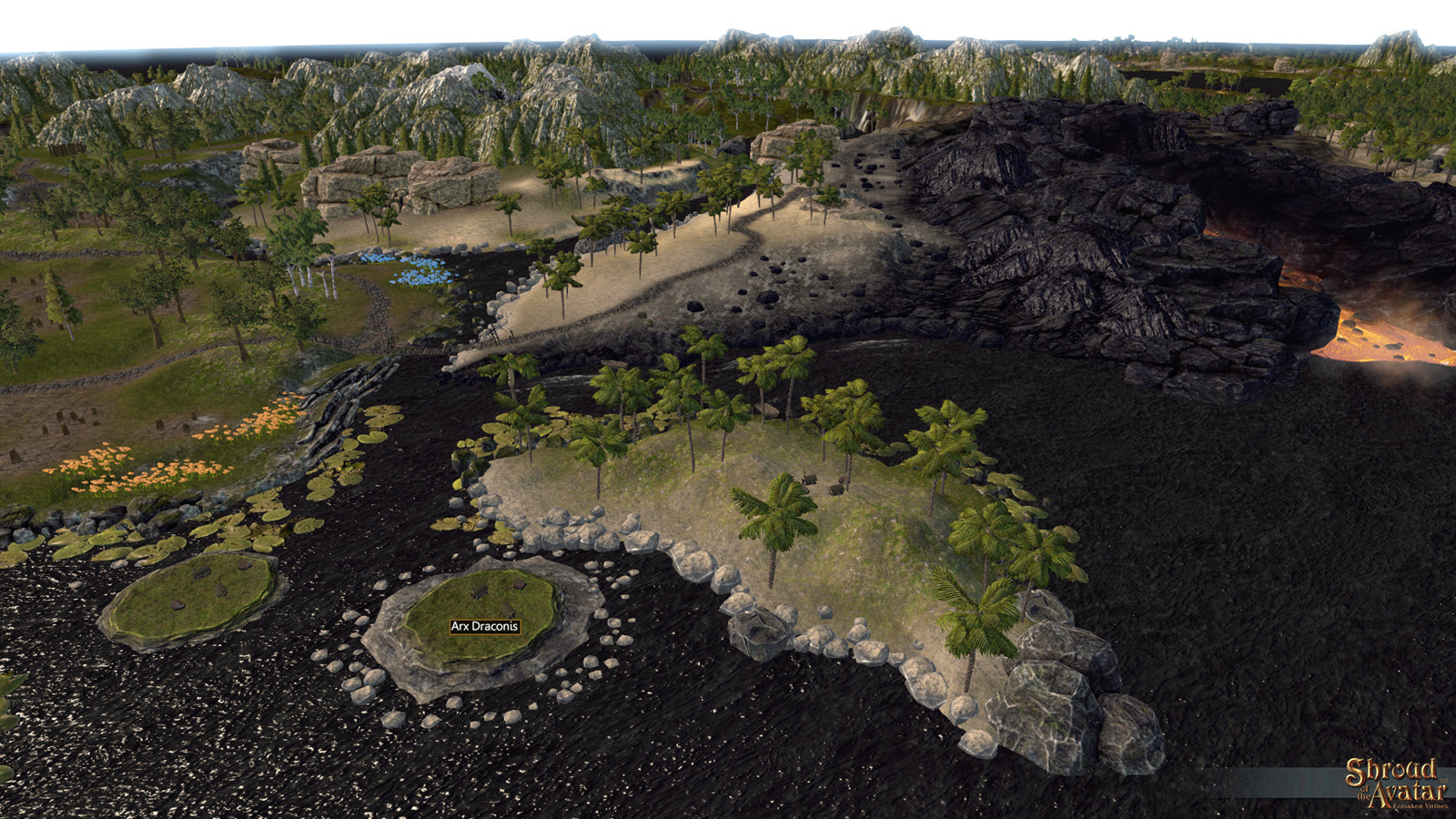 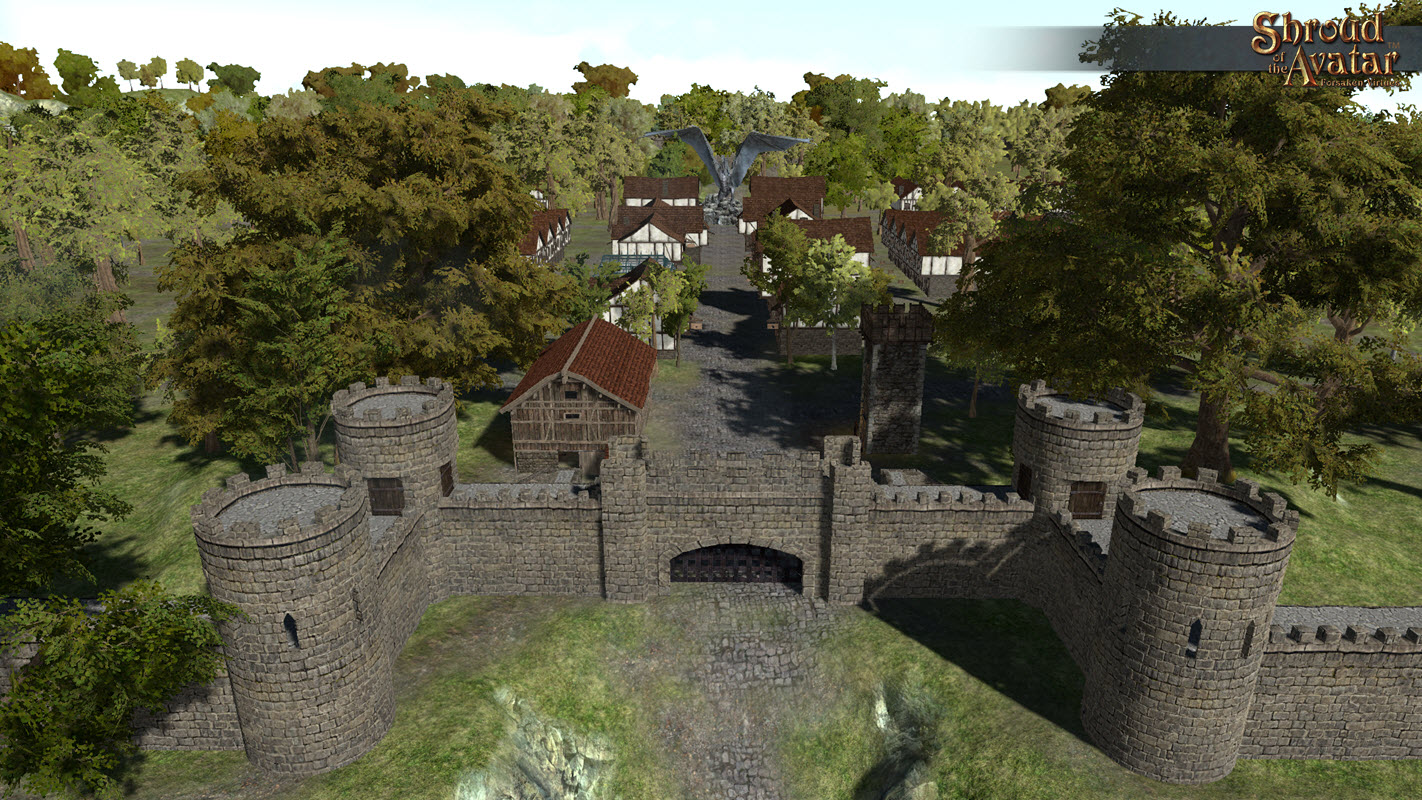 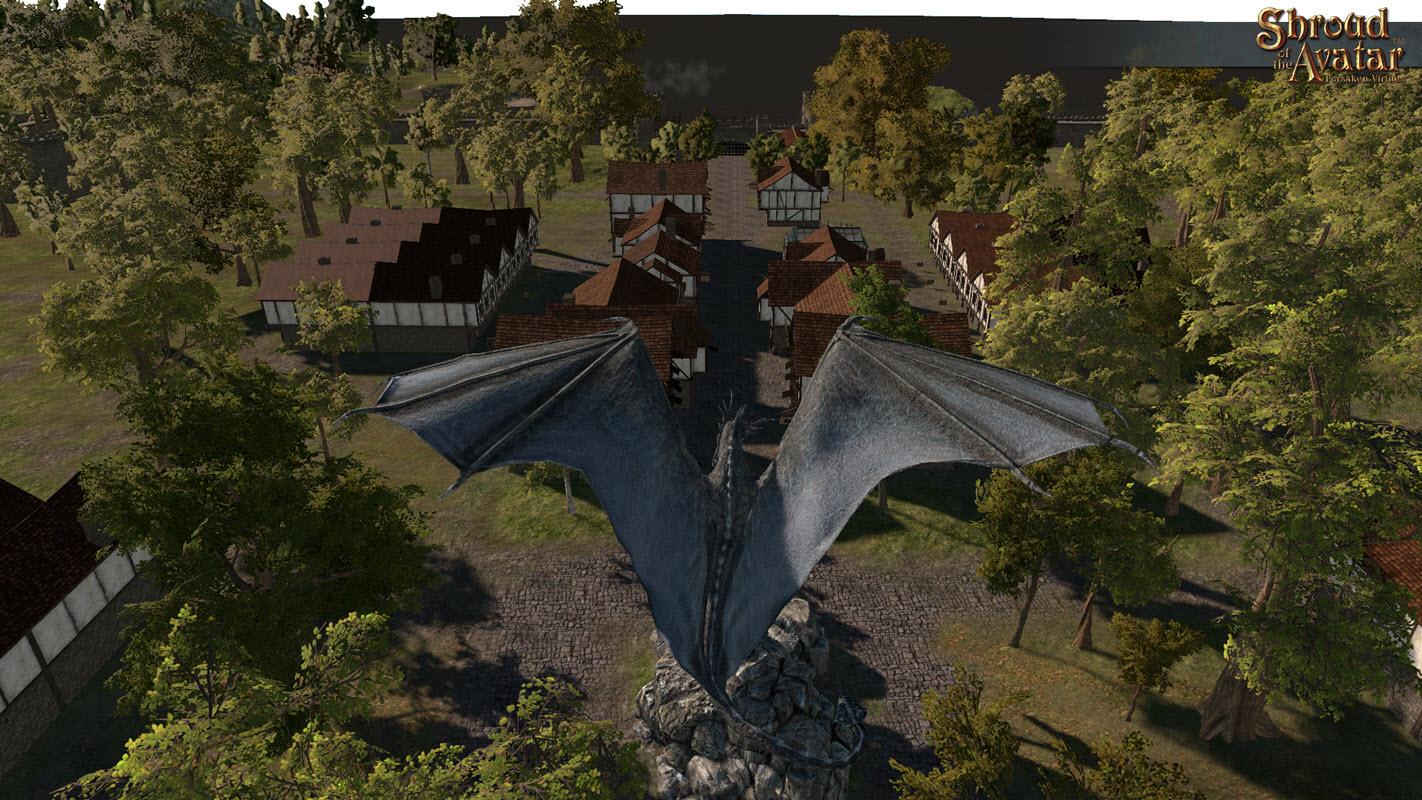 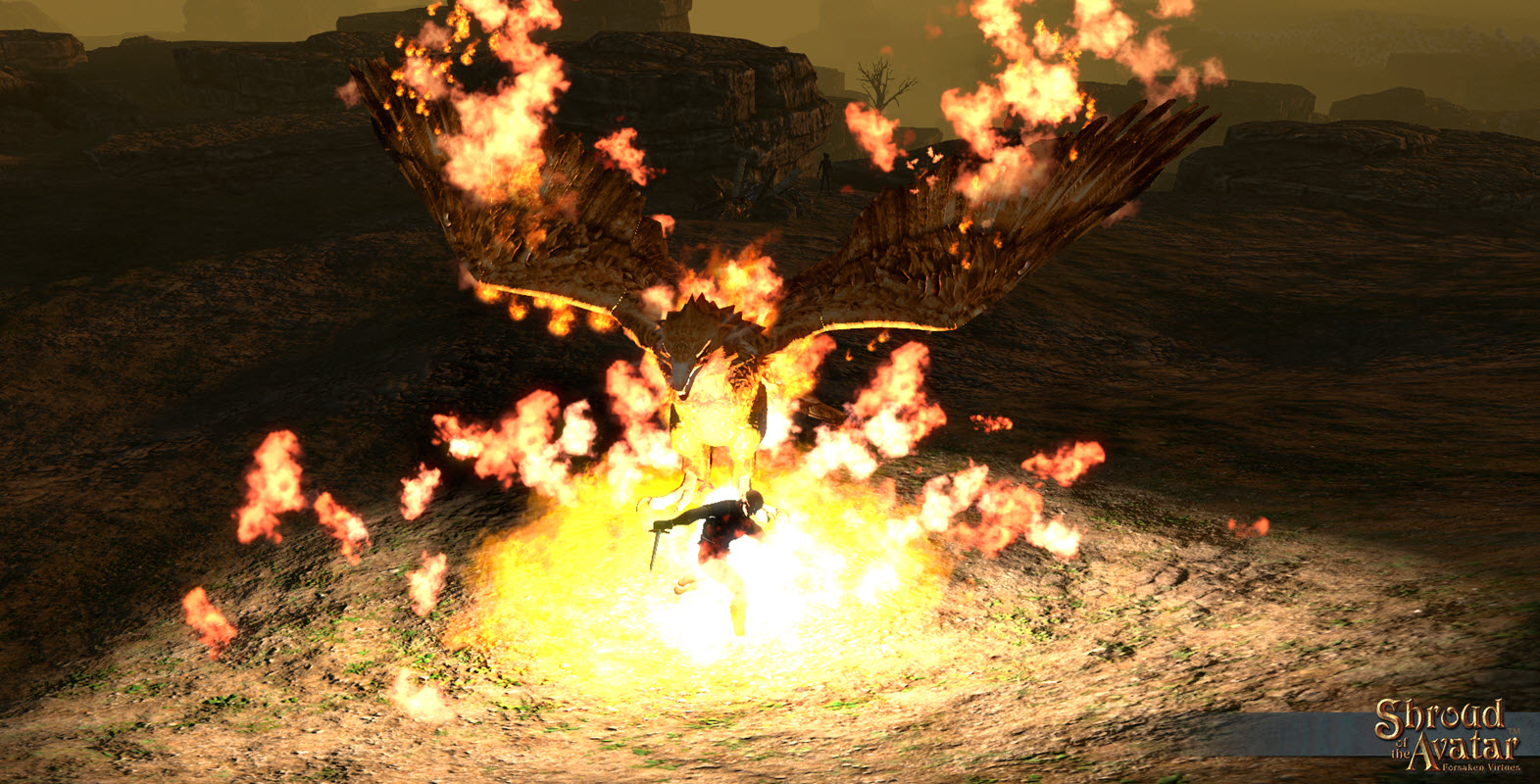 Release 21 successfully launched yesterday, August 27, with thousands of backers downloading, patching, logging in, and checking out the new changes! Lots of new content to explore, including:

Check out the Release 21 Instructions update for detailed information about all the new R21 content.

The Grand Tour Quest
Just as in our last several releases, we’ve included a Grand Tour Quest designed to guide you through all the new content. You will be able to get the Highwayman Hat by completing the Release 21 Grand Tour Quest. This reward can only be unlocked during Release 21 (did someone say rares?), so be sure to log in soon and talk to all the Tour Guides!

We need all your help with testing the new patches, putting more stress on our multiplayer servers, and testing the new game content, so please join us in playing Release 21! 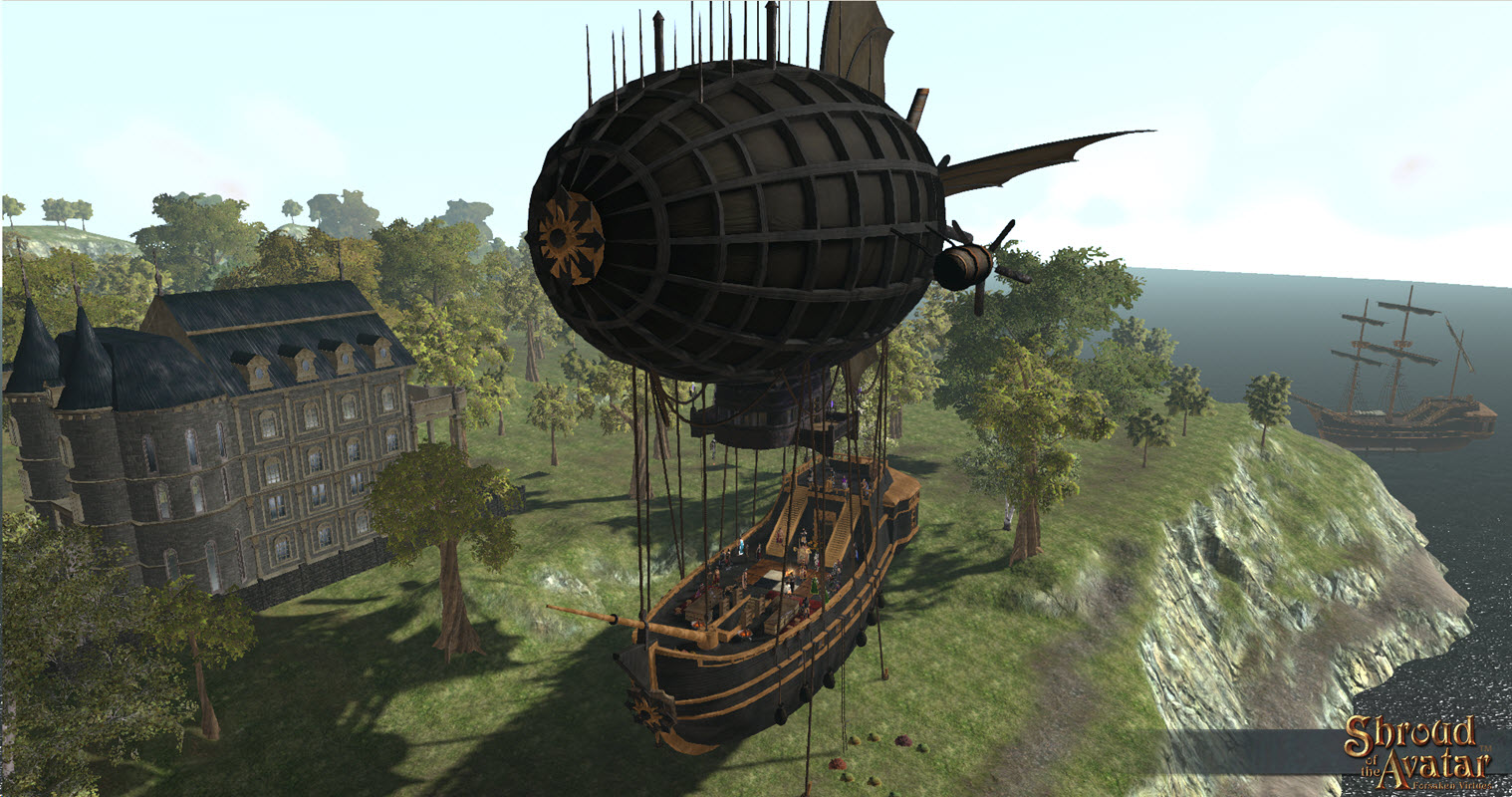 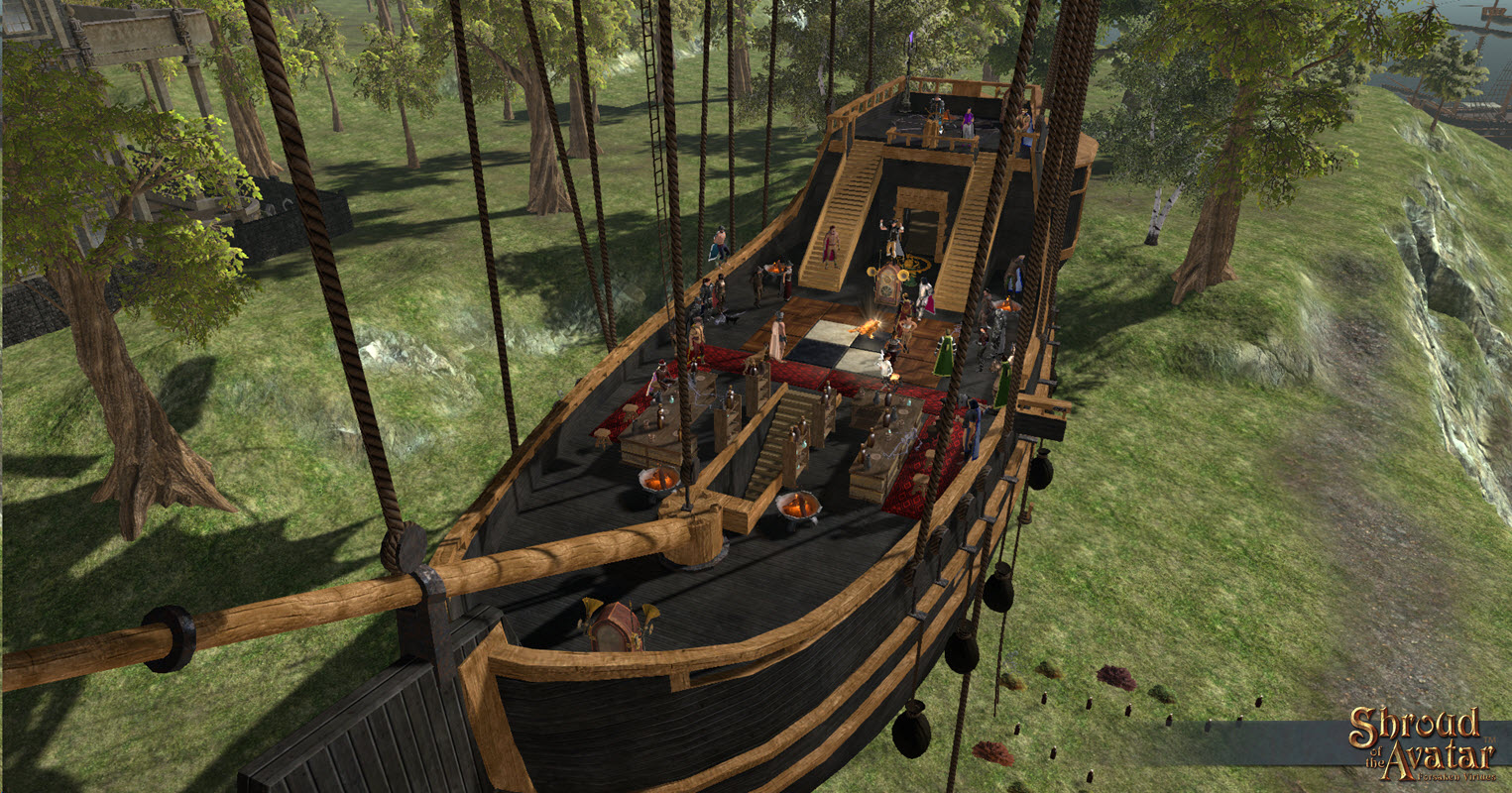 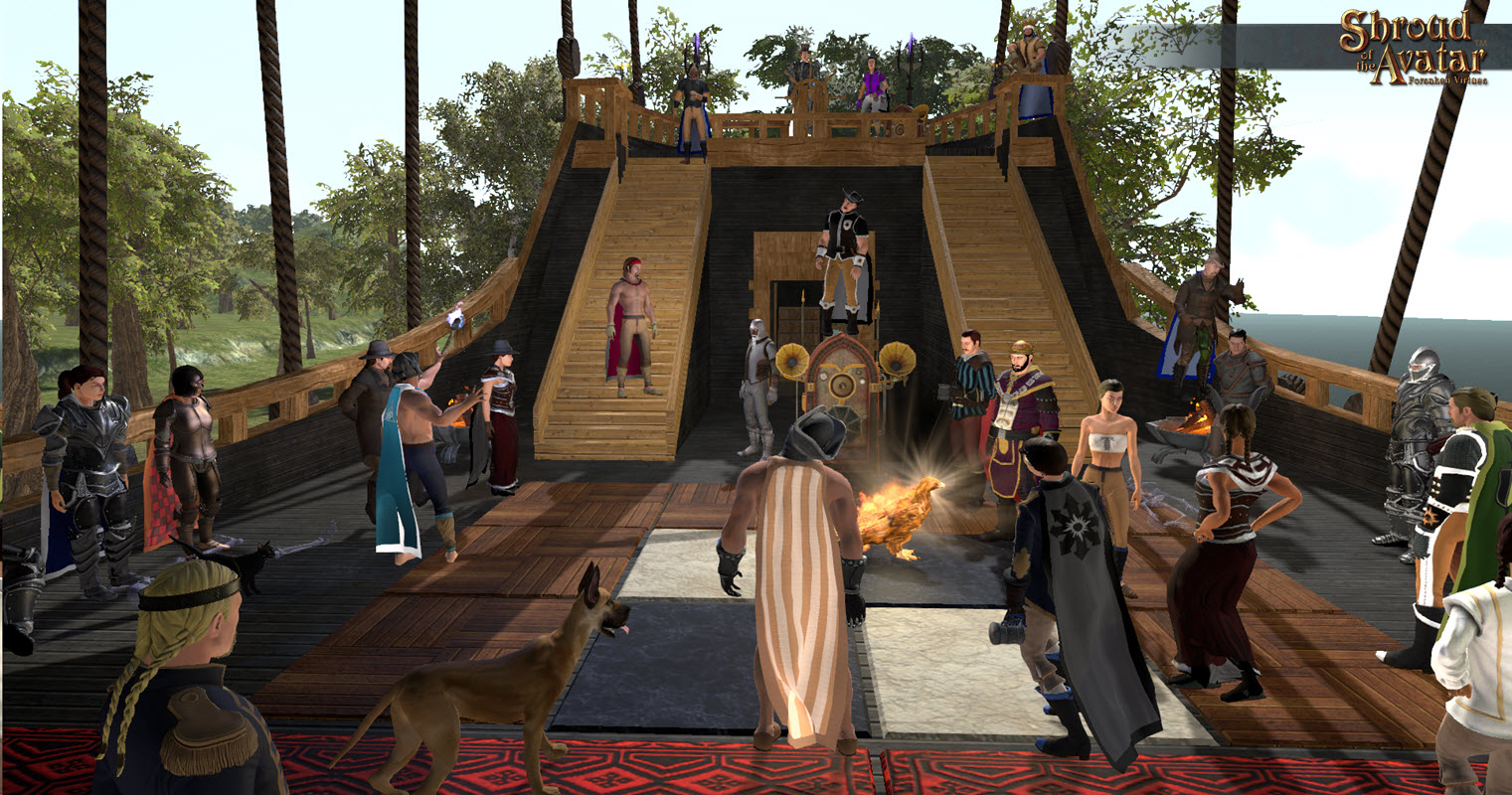 Check out more screenshots in the Release 21 Screenshot Gallery.

Thanks to all our community members that jumped right into this Release and started reporting bugs. We’ve already fixed quite a few of them and pushed out several patches. Click here for the most up-to-date Patch Notes.

Please join us in welcoming Matthew Nowacki and Michael Dameron to the SotA Dev Team! 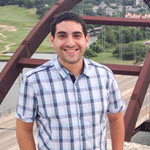 Matthew Nowacki joined Portalarium a few weeks ago as a World Builder/Level Designer. Born and raised in Austin, Texas, Matthew has wanted to make games since he received a Game Boy for his 11th birthday. He attended college at Texas State University in San Marcos, TX, where he studied Computer Science and Japanese. In 2010, he entered the game industry as an Associate Designer at Junction Point Studios, working on Disney Epic Mickey 1 & 2 through 2013. After the studio’s closure, he switched tracks from design to programming and joined Hellfire Games, an independent studio in Austin specializing in games and apps for PlayStation platforms.  Most recently, he completed a 9-month stint at UT Austin’s new post-baccalaureate leadership and management program, the Denius-Sams Gaming Academy. When Matthew isn’t designing game systems and levels, he enjoys going to the symphony, playing  fantasy football, and watching arthouse films.

Michael Dameron joined the Portalarium Tribe a few months ago as a Quality Assurance Tester and Customer Service Account Specialist. He is a recent Game Design graduate from ACC’s Game Development Institute, and Lead Designer on the 1st place team in the 2014 Captivate Conference’s student game competition. While completing his degree he interned at Virtuix as a technical designer aiding electrical engineers in the development of the Omni. Upon completion of his internship, Michael worked as an independent Unity Developer for Chaotic Moon Studios here in Austin programming an interactive motion sensing experience and UI for a mobile app.

When Michael is not working, he spends time with his wife, preparing for their first child. 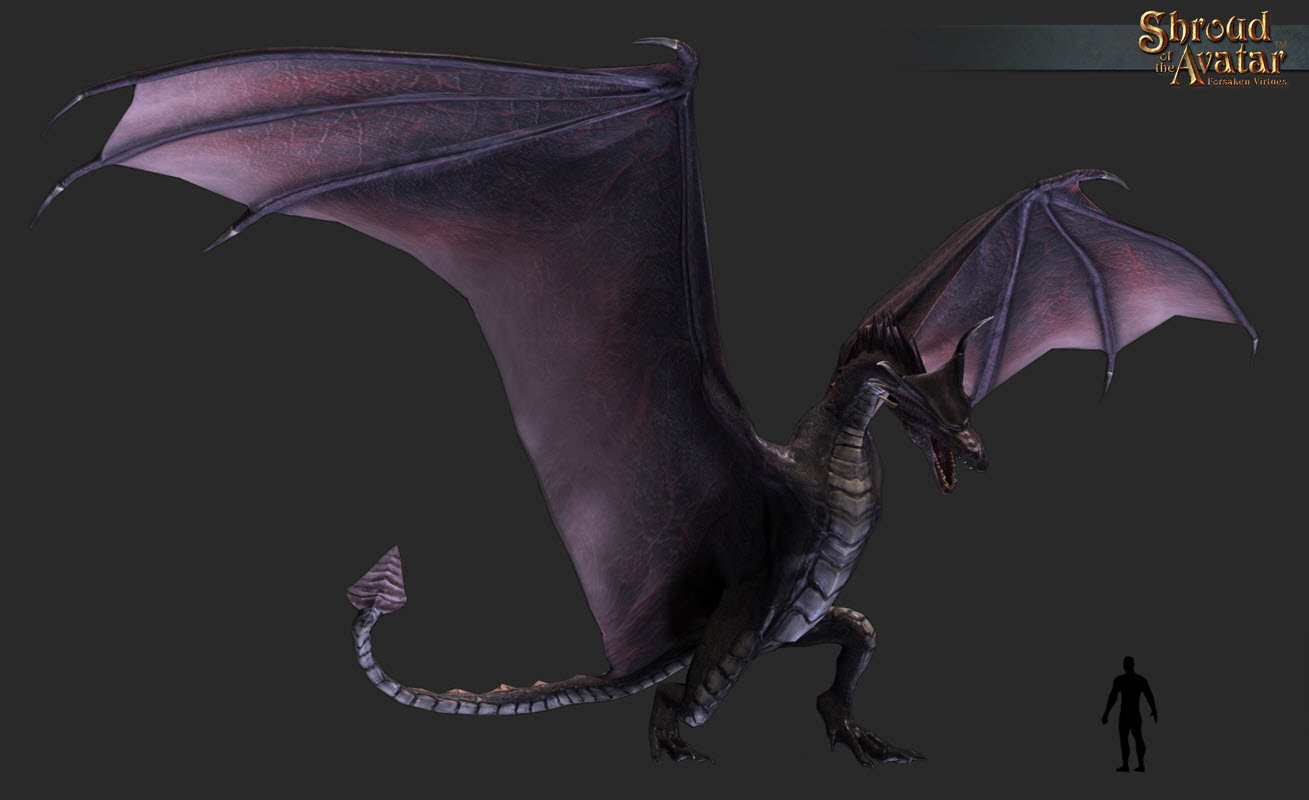 Highlights of New Use Based System

Last week I made a few posts to the Dev plus forums for feedback on the use based systems. As we get closer to release 21 [now launched] I wanted to share these with everyone. First I’ll go with the stuff for people who don’t care about the math and just want to play:

Now for those that aren’t afraid of the details:

This was obviously a HUGE switch for us to make so not everything is quite in place for this release. The following are some future features we plan on adding but are not in R21:

On August 22, our amazing community of backers pushed our total development funding to over $7 million! As far as we can tell from publicly available data, this makes Shroud of the Avatar the second highest crowdfunded video game ever (yeah, Star Citizen, at $88 million, is a very, very distant #1).

We roll every nickle we receive into the development of the game, and this amazing funding support from our community has allowed us to expand the scope and quality of SotA far beyond what we ever imagined! We can never thank you enough for the opportunity you have given us to build this game. As a small token of our appreciation for reaching the $7M milestone, we’ve added the following items to the pledge rewards: 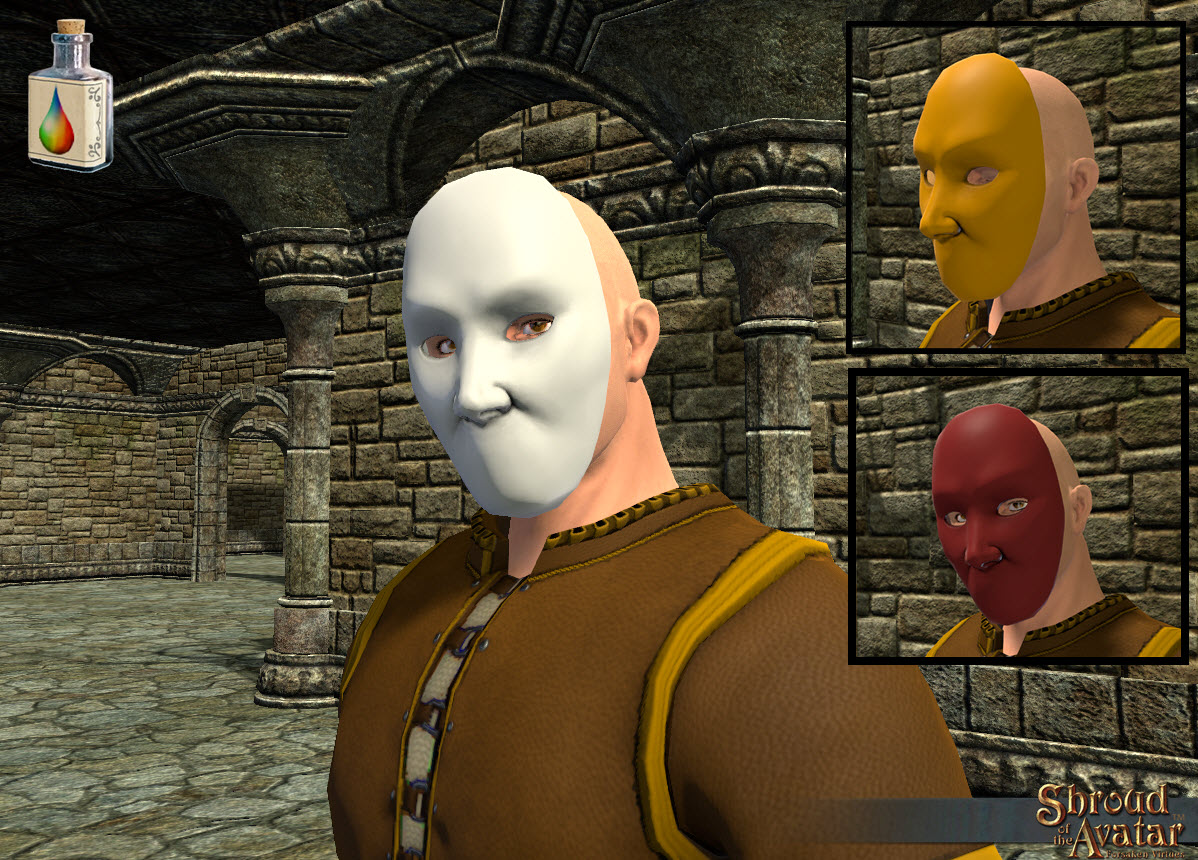 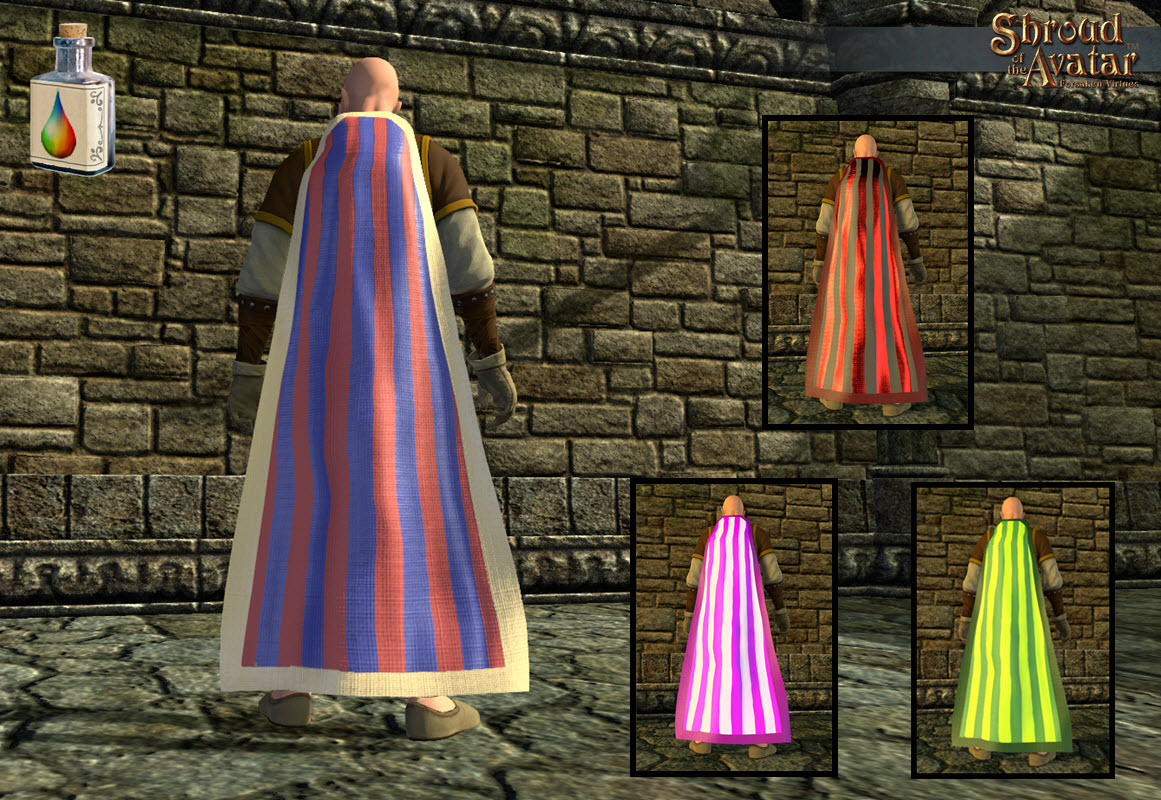 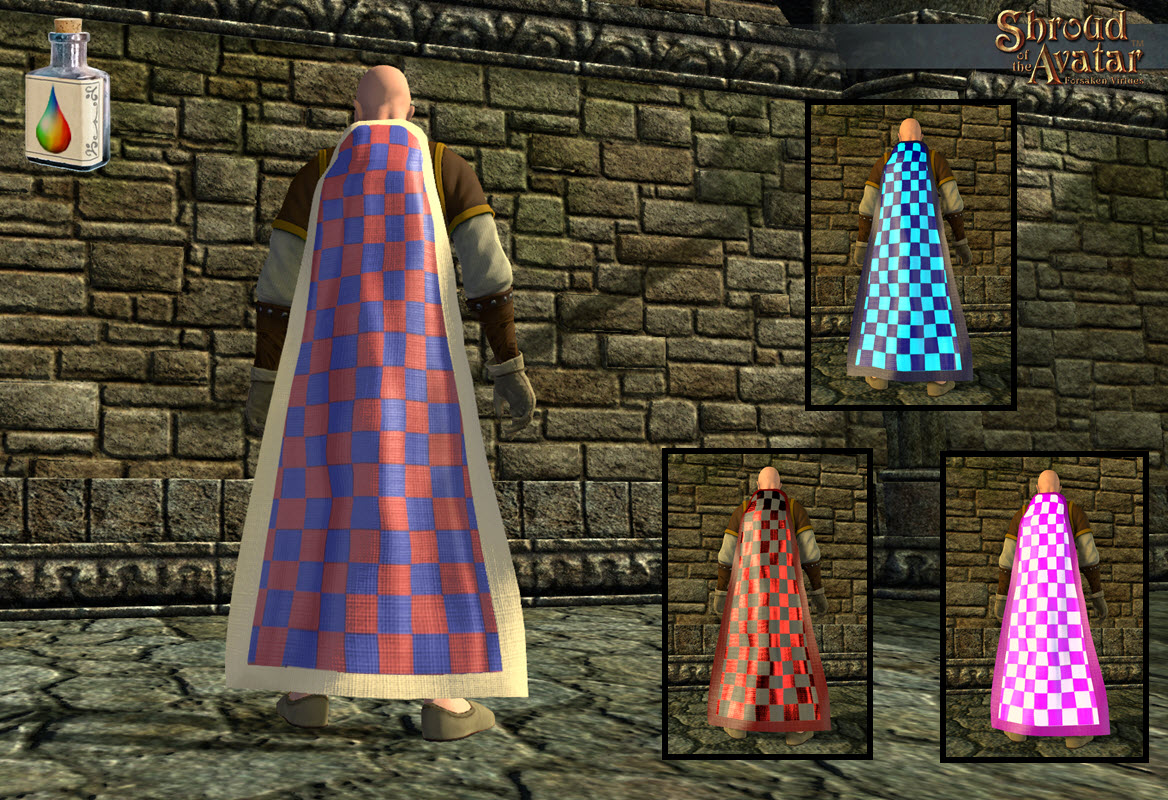 This Monday, August 31, marks the end of our Summer Bonus promotion and to commemorate the event, we are holding a 12-Hour End-of-Summer Telethon, from 10am CST to 10pm CST, August 31, 2015! We are giving away hourly prizes during the telethon, as well as three Big Prizes, including a Patron, Ancestor, and Lord Pledge!

And, yes, there will be shots. However, we learned our lesson in the last Hangout of the Avatar, and in order to delay the possible appearance of Drunk[insert dev name here], we’ve modified the drinking rules such that participating Dev Team members will take 1 Shot/Sip for every $2500 raised during the telethon!

If you were thinking of pledging your support to the development of Shroud of the Avatar, upgrading your existing pledge, or purchasing/upgrading a Player Owned Town, now’s a great time to do it! We are offering a 10% Summer Pledge/Town Bonus! Starting at 10am CST, July 10 and running through Midnight CST, August 31, 2015, you will receive an additional 10% bonus added to your Store Credit for any pledge purchases/upgrades, or Player Owned Town purchases/upgrades (including monthly pledge or town payment plans).

Light up your property or Player Owned Town with these ornate streetlamps, available now in the Add-On Store. 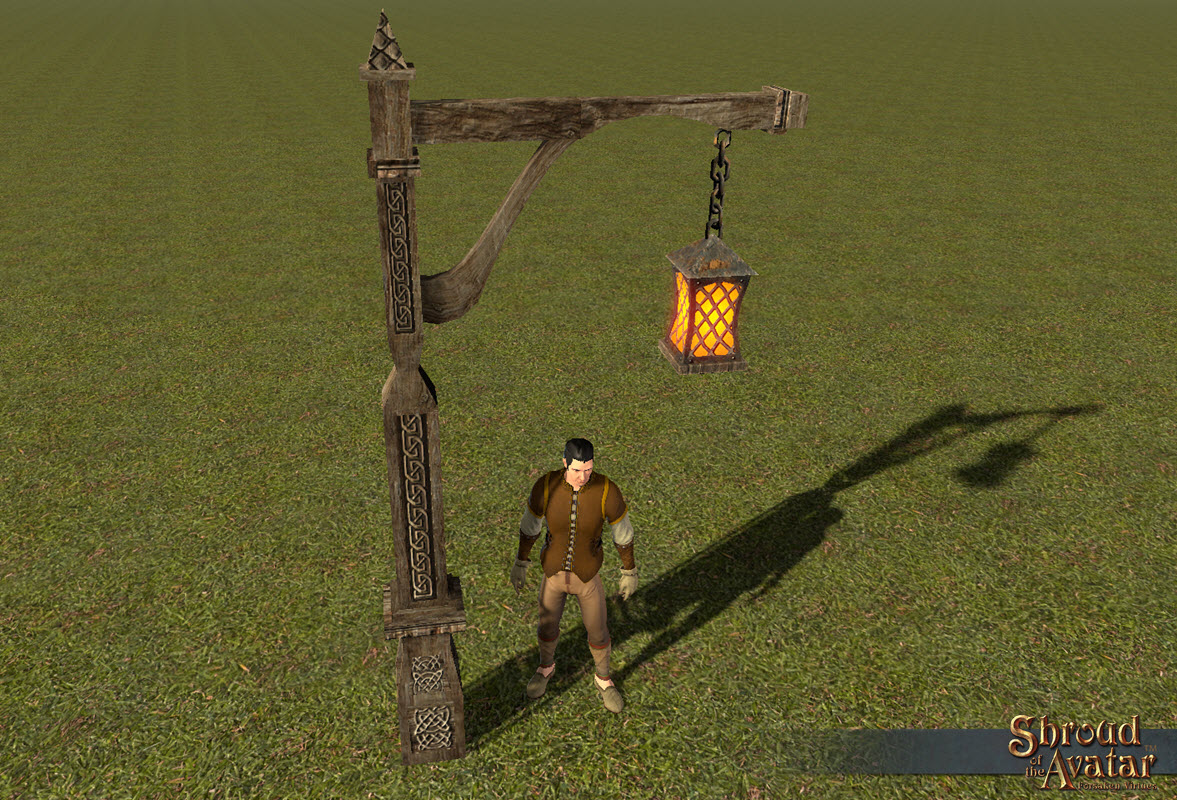 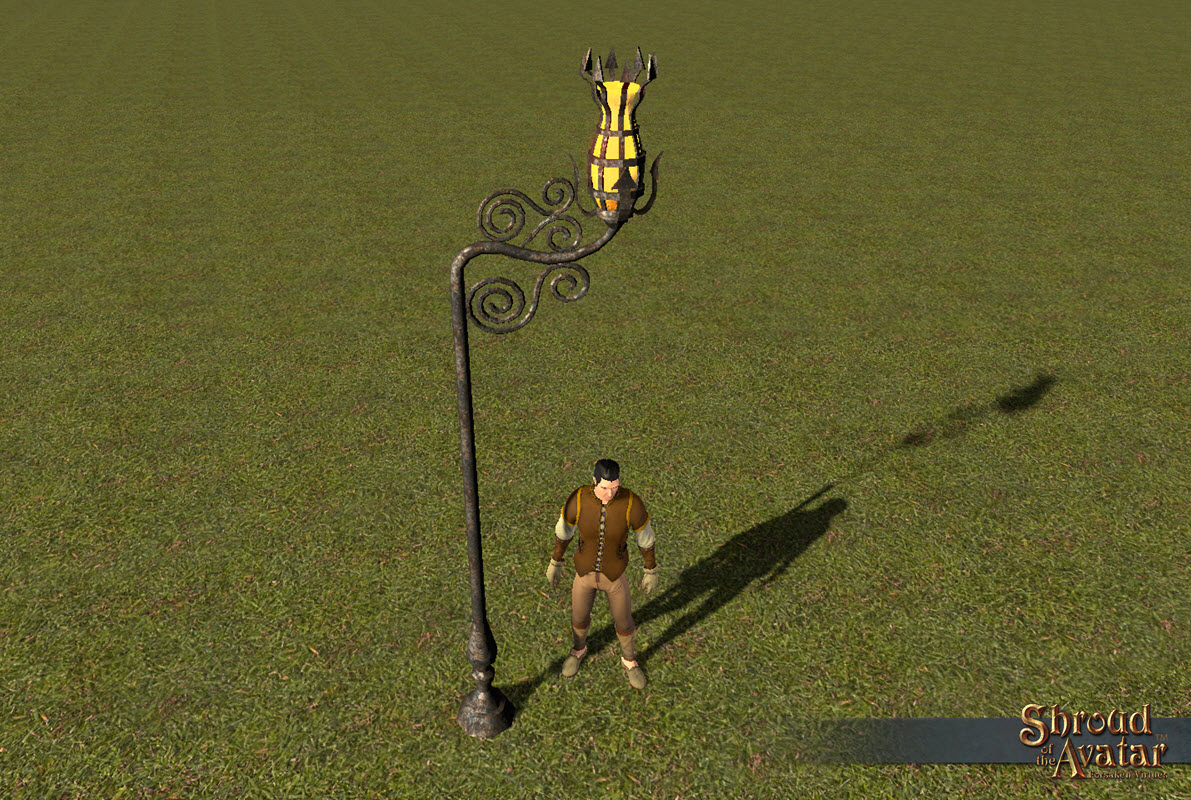 We’ve added a couple of new dyeable hats to the Add-On Store, as well as updating previous Add-On Store hats to make them dyeable as well! 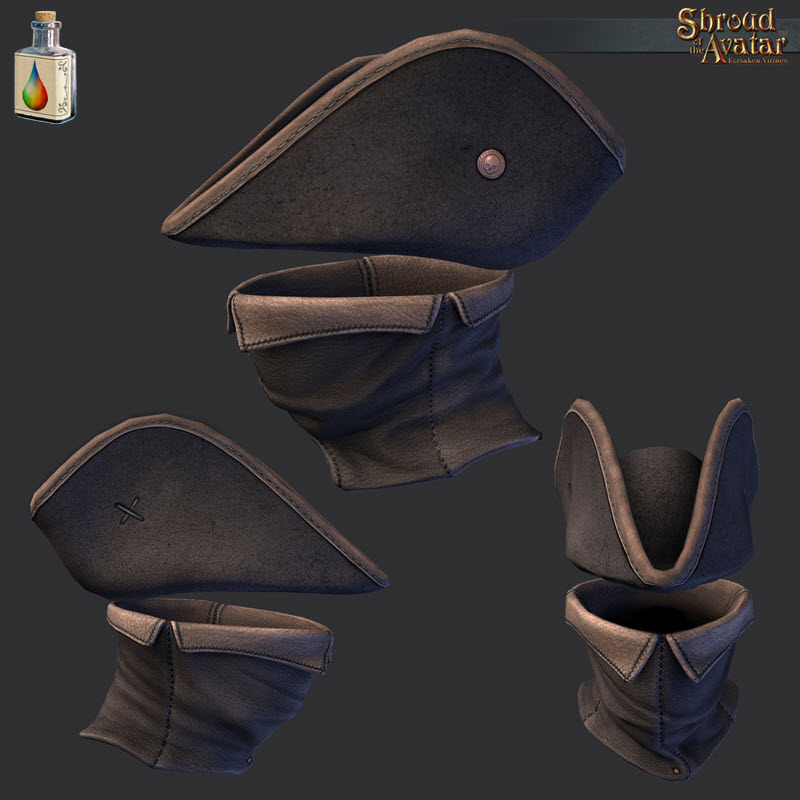 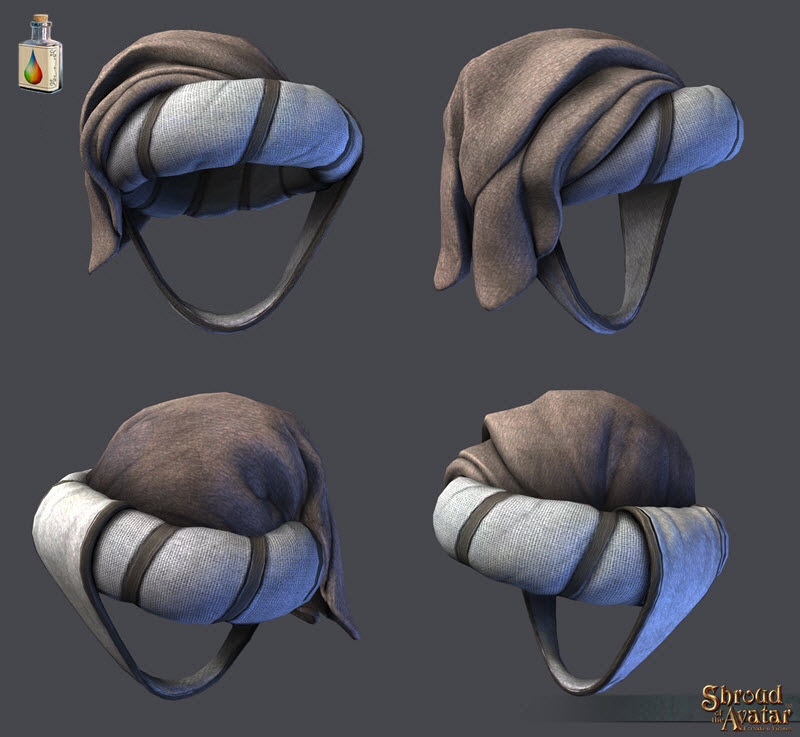 In conjunction with our 10% Summer Bonus promotion (that is drawing to a close in 3 short days), community member, and forum moderator, Koldor, is generously giving away 28 MtG Shield of Avatar trading cards signed by Lord British! Check out his forum post for how to qualify: Giveaway – Celebrate the Summer Bonus! 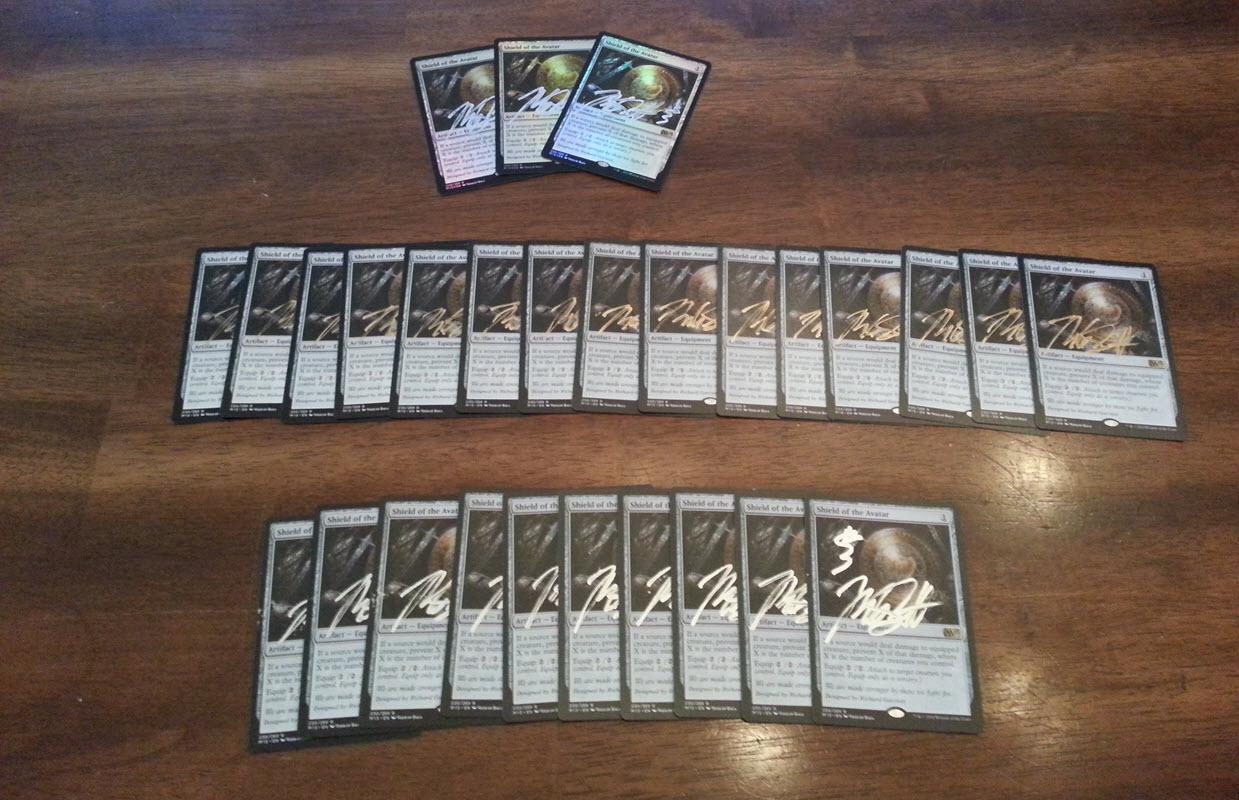 Be sure and check out the Release 21 Events thread in the SotA forums for additional events that may not be included here. 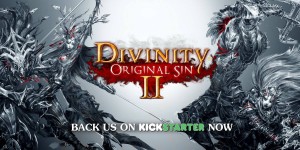 A single- and multiplayer top-down, party-based role-playing game with pen & paper RPG-like levels of freedom. It features turn-based combat, a strong focus on systematic gameplay and a well-grounded narrative. Currently in development for PC in English with subtitles available in German, French, and Russian.