We believe very strongly that community events that extend into the real world are very important and we have always worked hard to support them. We have been considering for a long time now how players who attend these real world events can display their attendance inside the game.

With all that in mind we came up with the Clasped Gauntlets Cloak! Any Shroud of the Avatar community event, of any size, is eligible to receive a cloak for each attendee. The organizer will need to submit a request for approval and then once approved provide a list of backers who attended. Large events can request a customized version of the cloak with a unique color scheme and a custom name.

The first approved use of these customized versions are SotA Con East 2016 and Ultima Dragons 25th Anniversary Party (see below on how to get these rare exclusive versions of the cloak). 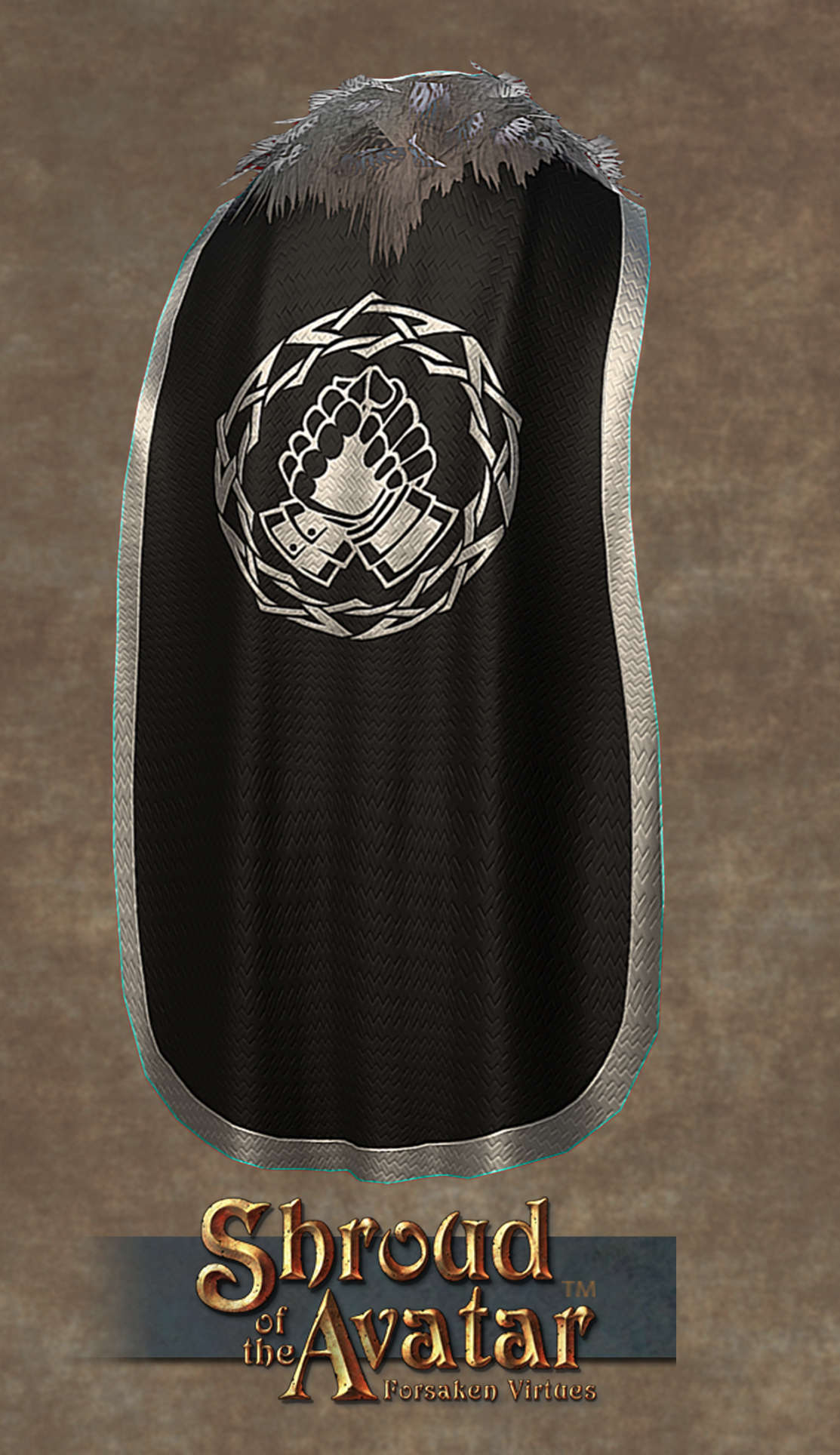 Special Cross Promotion: Anyone who backs both Shroud of the Avatar (at a level with Game Access) and SotA Con East 2016 ($25+) will get a special custom Clasped Gauntlets Cloak in Blue and Yellow that says “SotA Con East 2016”.

Portalarium is excited to participate in the first ever community organized convention for Shroud of the Avatar – SotA Con East 2016! SotA developers and players alike will be gathering together for a casual for a casual weekend filled with exciting activities, engaging panel discussions, and of course plenty of gameplay sessions.

SotA Con East runs from November 4-6, 2016 in Baltimore Inner Harbor, Maryland. Registration is still open, so get your tickets by visiting the official event site links below! 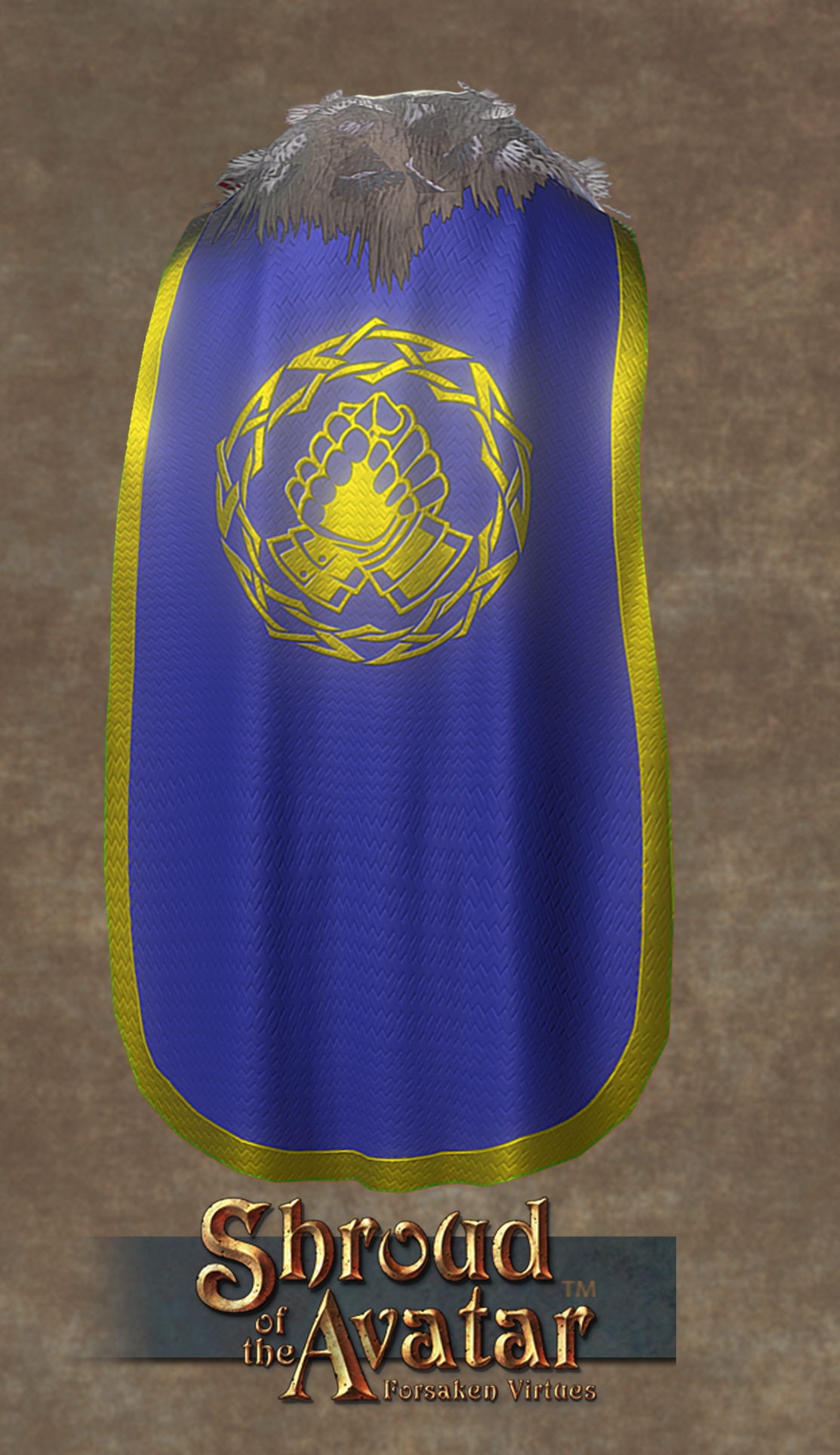 SotA Con is entirely planned and funded by the players, for the players and developers. This once again shows how our passionate and dedicated players are creating exciting opportunities for the rest of the community, and succeeding magnificently. 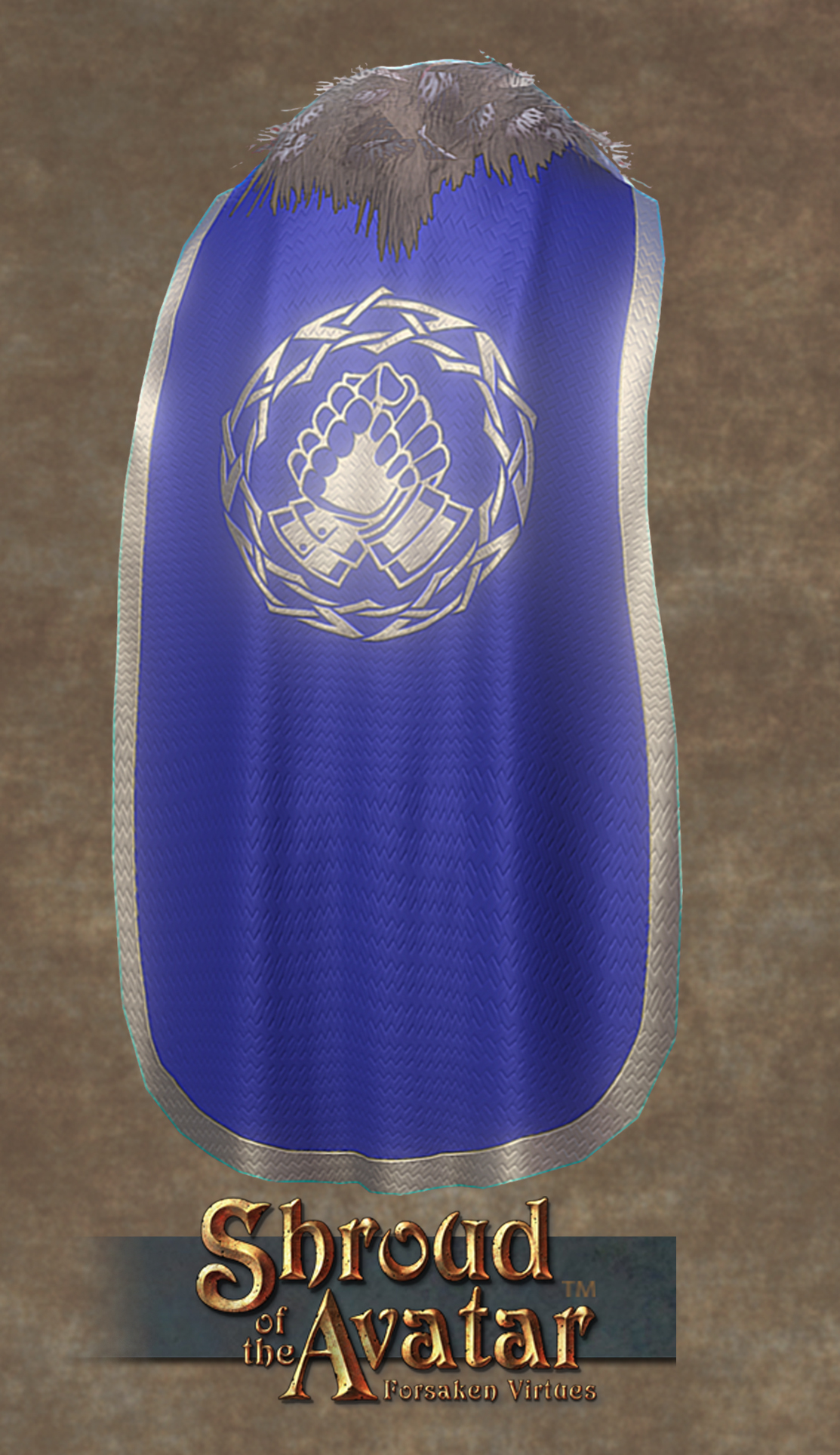 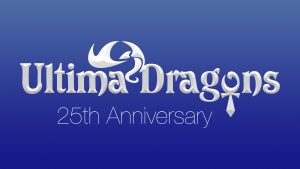 Join the Ultima Dragons as they celebrate twenty-five years of one of the oldest online fan-created gaming clubs! More than just a party, the Ultima Dragons 25th Anniversary Bash is a celebration of an entire online culture. We were one of the first communities to emerge from the early Internet, and our roots go even further back! It is this beginning, as a gaming club of Prodigy, that we are celebrating the 25th anniversary of today. Many factions of Ultima fans formed there in 1992, but only the Ultima Dragons survived.

“We’re going to Disneyland!” This decision was as random as the UDIC itself. We’re bringing together Dragons from all over the world, many of whom are friends but have never met in person before, at the Happiest Place on Earth. The party will be kid-friendly, and all Dragons, their friends and family, and fans of the Ultima Dragons are invited. Those who have made the games we’re fans of have also been fans of US for almost as long as we’ve been around, so we’re inviting everyone who worked for Origin Systems or who currently works for Portalarium, the company currently making Shroud of the Avatar, the Ultimas’ spiritual successor.

To that end we’re renting a “Fellowship Hall” in the Disneyland Hotel for the weekend of February 25th and 26th. You’ll get to meet Origin Systems veterans Richard Garriott, Denis Loubet, and Dr. Cat, play games with Dragons and by Dragons, try out various Ultima games, and participate in some Ultima-inspired activities.

Things of Every Sort (and Happy Anniversary PaxLair!)