Thank you for being a loyal backer and follower of Shroud of the Avatar. Release 40 access for all Early Access backers begins this Thursday, March 30, at 10:30 AM US Central Standard Time (15:30 UTC).

Release 40 is full of so many important changes that it is hard to know where to begin! The Obsidian Cabalists are now spreading their vileness throughout New Britannia, weapons can now be placed as decorations, we have shifted more of our focus to improving the new user experience (NUE), there are tons of new patterns (both in-game and out), and we finally upgraded to Unity 5.5 (which should address some major AMD issues). 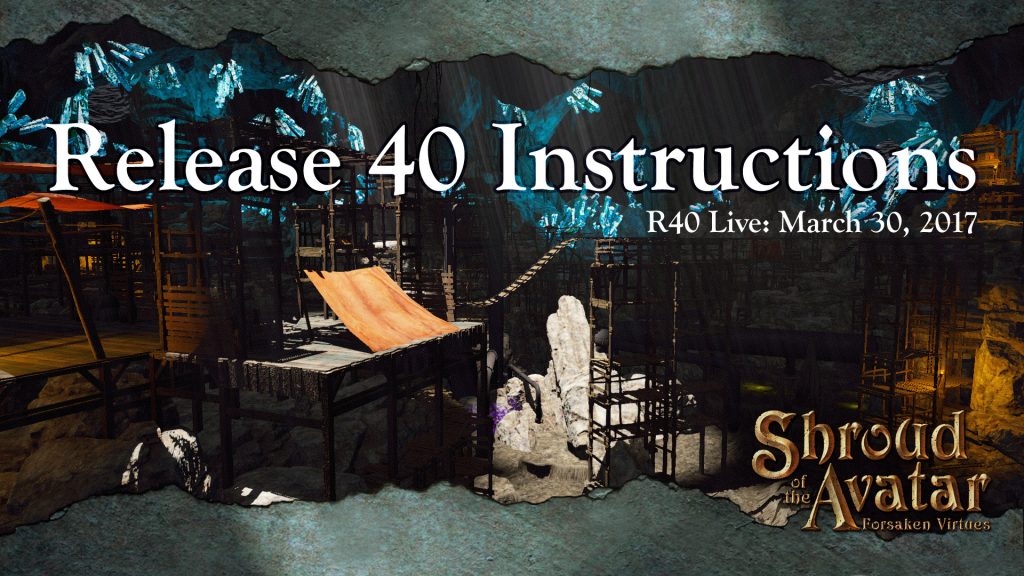 New User Experience (NUE): We are now shifting a large amount of our effort towards improving the New User Experience. For several years, our backers have been providing us with feedback about the NUE. For example, our backers have pointed out that having to open the journal to view their active tasks/quests feels cumbersome, and that we overload the player with too many options at the beginning of the game (too many skills, too many different hotbars, etc.). This feedback has been affirmed by metrics gathered during our recent Free Trial. In R40, we have implemented improvements for both these issues as well as other improvements to the NUE. There is now an on-screen task list, we start players with fewer skills, we now delay introducing the player to some more advanced features until later in the game, and we have begun integrating SotA Map into the game client to aid with navigation.

Unity 5.5: We have finally upgraded to the latest version of Unity. This should result in better overall performance and numerous fixes to longstanding issues including the longstanding AMD incompatibility!

Obsidian Cabalists: These vile beings who follow the Anti-Virtues will now be laying siege to towns throughout Novia, including Player Owned Towns that harbor devotionals to the Virtues! Each Cabalist dons a unique hood artifact bearing the symbol of their anti-virtue, and also wields a unique weapon artifact. These artifacts, along with Cabalist Robes and Cabalist Plate Boots, can be looted from Cabalists if you manage to defeat them. Players can then choose to either wield the Vile artifacts or salvage them for patterns that can be applied to other equipment. 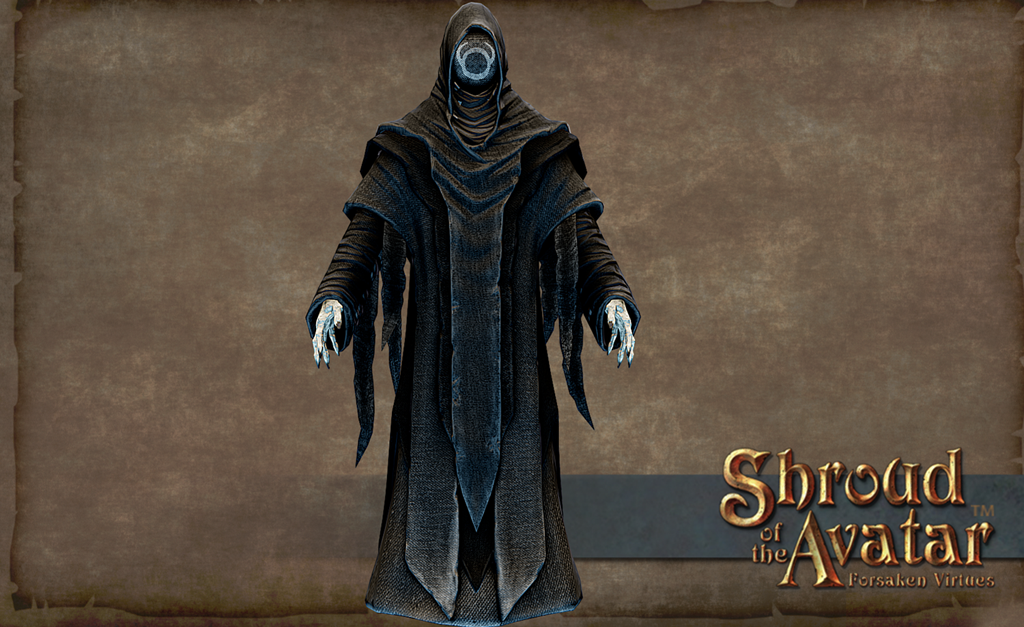 Weapon Decorations and New Patterns: In Release 39, we started making equippable items placeable as decorations, using musical instruments as our first test. In R40, we have expanded upon this, and now almost all weapons are placeable in your home as decorations! Additionally, we have added quite a lot of new patterns to the game, including patterns for looted gear such as the Obsidian Cabalist artifacts (Hoods, Weapons, Boots, and Robes), Khopesh, Norgard Axe, and Imperial Heater Shield. We also added patterns to almost all of the Pledge items (Founder armor, Founder weapons, etc.), and we also added a lot of new items to the Add-On Store.

Yet again, I want to express a huge amount of gratitude to our Dev+ backers who tested all of the items below on the QA server and uncovered lots of bugs. They also provided editorial feedback on this post. They are a big reason that this post actually matches what is in the game, and that it is easy to read.

Without further ado, here is a list of what you can expect to see in Release 40.