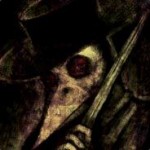 Please read this entire message, as well as the linked Instructions and Known Issues. Join the discussion of this update in the forums.

Thank you for being a loyal backer and follower of Shroud of the Avatar. Release 42 access for all Early Access backers begins this Thursday, May 25, at 10:30 AM US Central Daylight Time (15:30 UTC).

Release 42 (R42) is another significant step forward in progress with a staggering amount of new content as well as a ton of balance and polish. The Path of the Oracle is finally revealed, along with the Oracle herself, starter scenes have seen an amazing amount of polish, more gear can be placed as decorations, Mail is seeing its first iteration, many weapon decorations are now able to be placed on both walls and floors, combat got lots of balancing including additional functionality for Locked Decks and adjustments to Experience Decay, and enemies have been beefed up with new abilities and smarter behaviors! 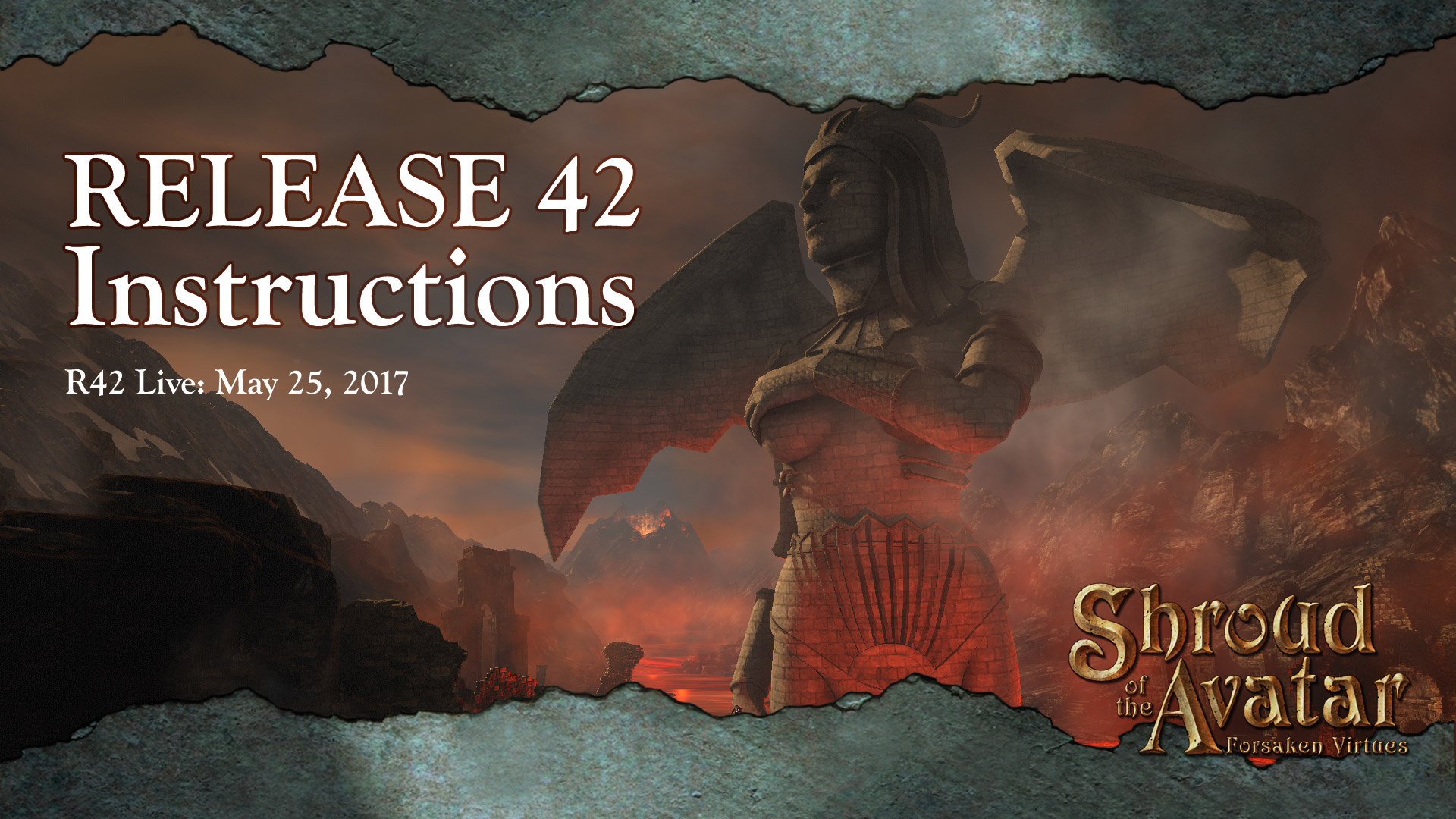 The Path of the Oracle: For intrepid Avatars that have succeeded in the Paths of Love, Truth, and Courage, an audience can be sought with the Oracle herself. What awaits as you approach her throne in the heart of Brittany? R42 will set the Avatar upon the final path to untangle the meaning of the Dire Prophecies and discover the Avatar’s purpose in New Britannia.

Starting Scene Polish: We have continued to focus on steady improvements to the new user experience by polishing the three primary starter scenes: Battle of Solace Bridge, Blood River Massacre, and Battle of Highvale. Players exploring these scenes for the first time will experience significant improvements to quest flow, task management, NPC behaviors, Points of Interest, and enemy encounters. 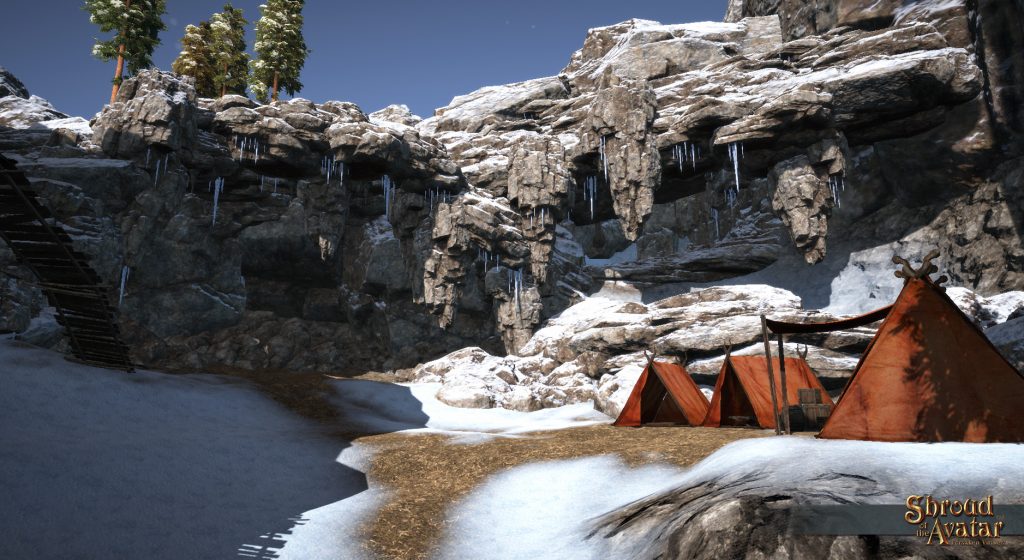 Decoration Additions and Improvements: We have expanded the list of available decorations this release to include nearly 120 pieces of gear that can now be placed as decorations. This includes all Chain, Plate, Bone, Clockwork, and Founder’s Heavy Armor sets as well as many equipable offhand items and miscellaneous cloth gear missed in R41. Additionally, many weapon decorations can now be placed on BOTH walls and floors, rather than just one or the other. We are also introducing Ceiling decorations in the form of chandeliers and hanging light decorations. We are excited to see how players will use this improved flexibility to decorate their homes in a variety of new and interesting ways! 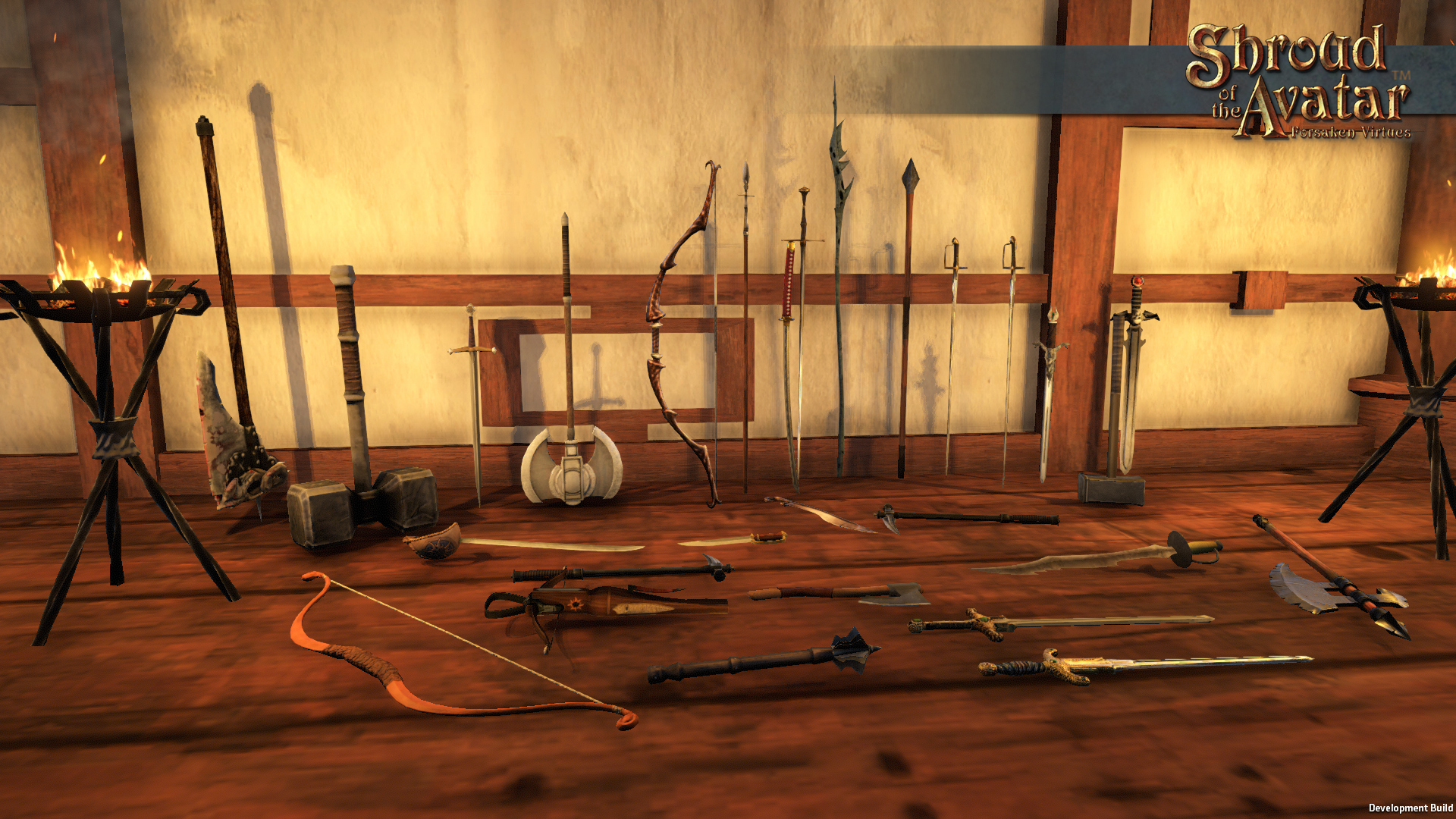 Mail: It’s finally here! After countless feature requests, we’re excited to show off the initial iteration of our Mail system. With Release 42, players will be able to receive mail notifications based on vendor transactions. When a vendor item is sold, expired, or removed, players will receive mail that notifies them of the event. The mail will also include the proceeds or refund from the transaction. Mail can be accessed at mailboxes, which are located at all banks throughout New Britannia. Mailboxes can also be crafted and placed at your house. Work is ongoing to eventually allow players to send mail to each other in future iterations.

Combat Balance: Significant improvements were made to combat systems in R42. Locked Decks now support the successive use of the same skill/spell based on the number of available glyphs determined by skill level. This will be balanced with the addition of a new Locked Deck “Heat” system, which will build up after rapid use of the same skill and cause increased focus consumption. Noteworthy changes have also been made to Experience Decay and Boss Loot tables.

Enemy AI: A lot of work this release has gone into fleshing out enemy AI behaviors, as well as arming enemies with new abilities. Most mages will now have an increased arsenal of spells, including roots, buffs, debuffs, and teleportation. Additionally, enemies will no longer stand idly by as their friends are attacked or killed. Most NPCs will now properly react, panic, and investigate the area of the kill and actively search for the aggressor.

I want to express a huge amount of gratitude to our Dev+ backers who tested all of the items below on the QA server and uncovered lots of bugs. They also provided editorial feedback on this post. They are a big reason that this post actually matches what is in the game and that it is easy to read.

While we are getting closer to launch, we are still in a constant state of change. We do not yet have all of the in-game systems needed to inform players about these changes, and to help them to explore new content and systems. This means we rely mostly on this message, and the linked Instructions and Known Issues to convey the current game state. We regularly have to answer questions or filter bug reports because some players elect not to read this valuable information.

Without further ado, here is a list of what you can expect to see in Release 42.

Now that it is clear what to expect, we should also be as clear about what you should NOT expect:

With assistance by:
Starr Long
aka Darkstarr
Executive Producer

Museums and Monsters with Strider Green!!!