[See the forum post to join in the discussion of this update!]

Thank you for being a loyal backer and follower of Shroud of the Avatar. Release 45 access for all Early Access backers begins this Thursday, August 31, at 10:30 AM US Central Daylight Time (15:30 UTC). 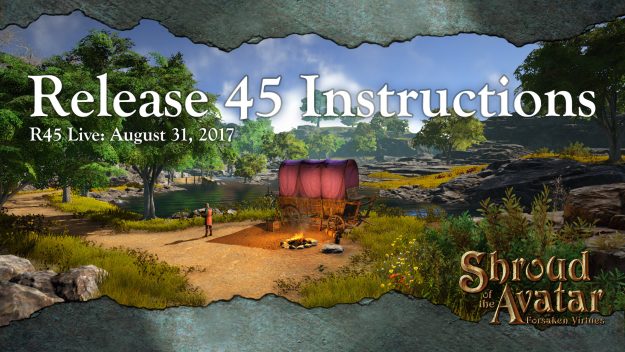 Release 45 is our first release after reaching the Story Complete milestone last release. We are now able to focus on polishing the game experience. This release, we have rebuilt multiple scenes, added more quests, polished the user interface, and continued to balance combat.

Scene Polish: Once again, a huge amount of work went into worldbuilding and scene polish this release. One of the main towns along the Path of Truth is Etceter. We took time in Release 45 to polish this town to better align it with its description in The Sword of Midras, as well as with the Greco/Roman styles of the nearby city of Xenos. Additionally, we rebuilt three scenes: Longfall Woods, Middle Downs, and South Broken Road.  Over the next several releases, we will continue rebuilding scenes along the Paths of Truth and Courage. 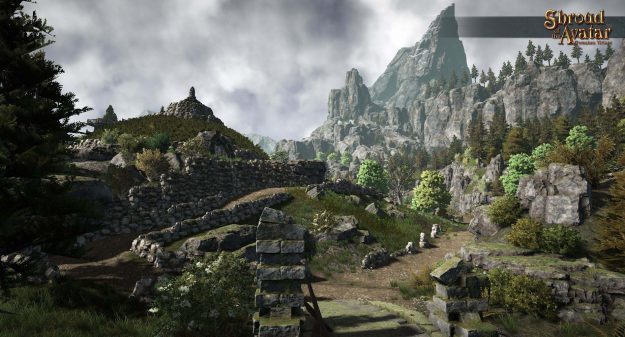 Quest Polish and Side Quests: In addition to scene polish, we also spent significant time polishing quests along the Paths of Truth and Courage, as well as creating more side quests along those paths. Avatars who have obtained the Dread Artifacts can now sacrifice themselves at each Titan Colossus in order to obtain the Dread Reagents that power those artifacts. The new side quests this release include a repeatable Courage activity, but we can’t talk about it because of the first rule of… wait, I’ve already said too much. 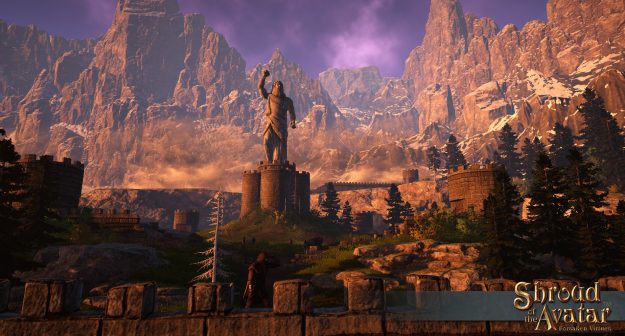 User Interface Polish: We were able to polish various aspects of the user interface, as well as implement major new features such as the ability to separate chat into multiple windows! We also implemented the first iteration of Discord integration which, while still only rudimentary, is already quite powerful! Additionally, we added a “Private Property” tooltip to help prevent accidental thefts, improved tooltips for equipment that indicates the type of pattern that can be applied, autocomplete for the “/w” whisper command (a player suggestion), and a host of other improvements.

Perforce Meltdown: We completed all of these new features, new content, and polish despite losing almost an entire week of work when the server that runs our source control completely failed. Source control is how we maintain versions of all of our data and code. This allows us to share content with each other (we check items out and then check them back in when we are done), and also allows us to revert to previous revisions if something goes wrong. Our instance of Perforce (that is the software that we use for source control) was corrupted due to some defective hardware on the computer that it was running on. It took a week to get it back and running, and we lost a lot of our revision history. In the end, we were able to get back almost everything and make our release on time as always, with only a few items not making the release because of this issue.

Without further ado, here is a list of what you can expect to see in Release 45.

Now that it is clear what to expect, we should also be as clear about what you should NOT expect: