Release 57 is the second release in which we focused on the current iteration of our Top 10 Priorities (from Q3 2018 post). We continued to make great progress on Systems and User Interface Polish with a specific focus on improving Quality of Life. We also continue to fix huge numbers of bugs. 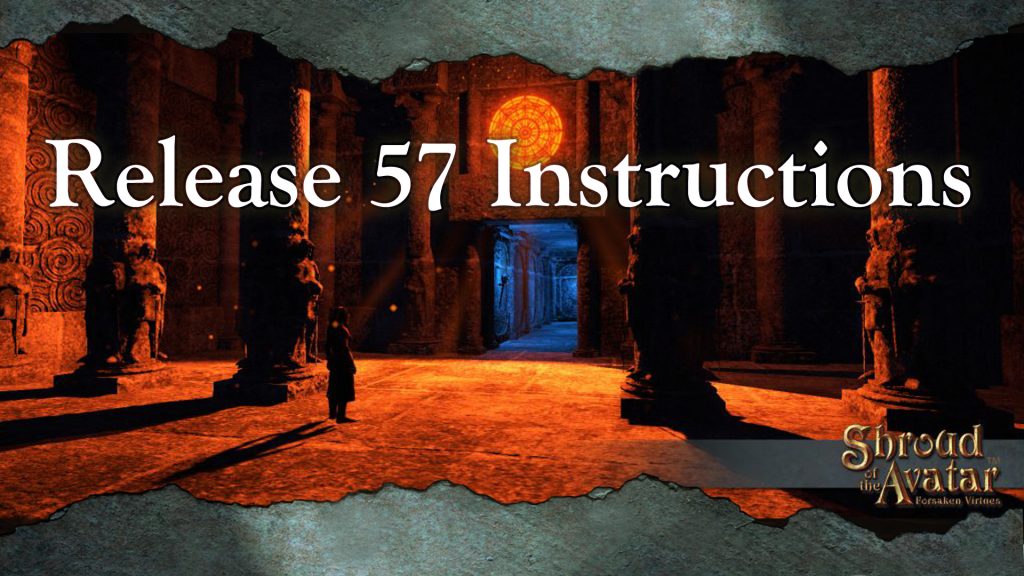 Quality of Life Improvements: This was the main focus of Release 57. Our goal here was to improve moment to moment and daily gameplay. Siege skipping, Control Point skipping, Global banks, removed NPC slowdowns, double XP as the new normal, reduced Roving encounter awareness and other similar changes should all make very noticeable improvements to every Avatars play experience by removing continual inconveniences and slow-downs.

User Interface Polish: To support the above improvements we made several changes to the UI to improve daily use. For example, we added a “Vendor” button to all vendor NPC types (trainers, merchants, bankers) that gives Avatars immediate access to their function. We also added status indicators to the health and focus bars. Additionally, we made a more compact loot window, polished the auto-selection of ingredients at crafting tables, and implemented a host of other UI improvements.

Player Made Dungeon Preview: Player Made Dungeons are previewing in Release 57 with 5 dungeon entrances and 5 static example dungeons! Players can place these examples on their property to get a feel for how the real system will work when it launches in Q4.

Decoration Dyeing: We now have technology and user interface support to allow the use of dyes to change the colors of decorations including banners, beds, couches, sofas, and more! For now, only a few items can be dyed but we will be expanding the numbers of items as quickly as possible.

Bug Fixing: We dedicated a significant portion of the release to working solely on fixing bugs and reducing our overall bug count. We addressed over 100 issues with over 70 of them highlighted in these notes including fixes to various scenes (typos, stuck spots, etc.), crafting fixes, combat fixes, and various user interface fixes.

Without further ado, here is a list of what you can expect to see in Release 57.

Thank you so much for reading all the way here to the end! Release 57 should be an incredibly large step forward in general quality of life for all players. We hope that you can join us in spreading the word to the community at large at how much the game has improved and continues to improve with these kinds of changes.

There is even more to come! Release 58 and Q4 are going to be full of all kinds of exciting improvements and additions including Fishing Phase 2 (more about that in the R57 Livestream), Player Made Dungeons, more Quality of Life improvements (more bind points!), Castle Defense Scenarios, improvements to Grand Master Crafting, Crafting Specializations, Loot Improvements, New User Experience Polish, and a whole new look and flow for the Website!