Release 64 is the final release in which we focused on the current iteration of our Top 10 Priorities (from Q1 2019 Schedule Update). We made progress on many of these priorities including Quality of Life (Player-Owned Town Message of the Day, Guild Message of the Day, Universal Trade Channel), User Interface Polish (In-Game Crown Shop Improvements), Seasonal Content (Arch Lapin, Spring Items), bug fixes, and more work on Player-Made Dungeon Encounters!

Please note that Release 63 was our first release since moving to a distributed working model (no office). This meant a larger than normal number of post release patches and a larger than expected impact on Release 64 deliverables. Additionally, two of our engineers and one designer had vacations during Release 64 which greatly reduced our capacity. 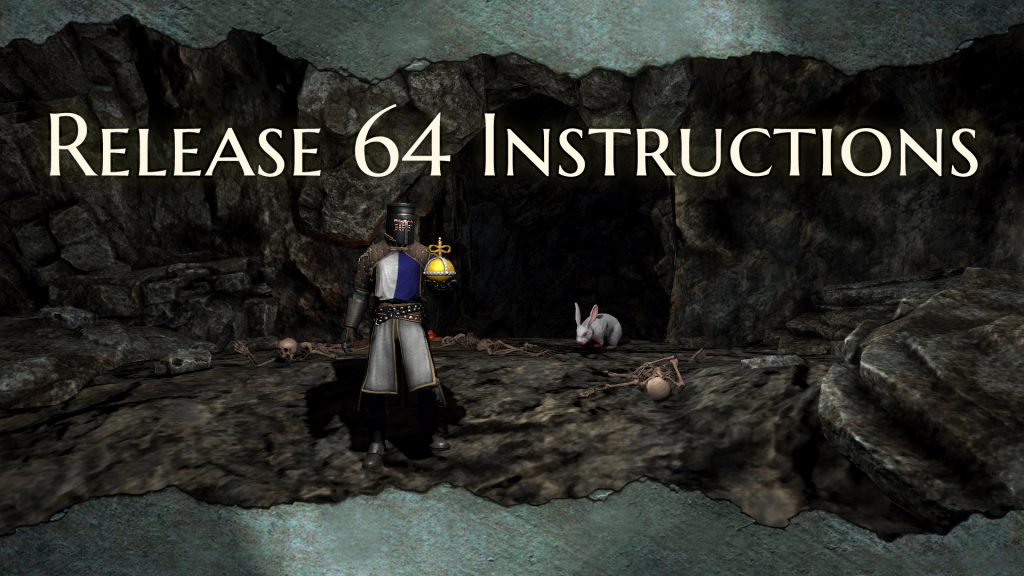 Arch Lapin: Spring is in the air and brings with it the smell of death! The smell of Death Bunny that is! Rumors abound of the return of this nasty foul creature who perhaps can only be slain by the fabled Sacred Orb of Obliteration? The return of our very first seasonal boss is made even more exciting with the addition of two new loot items: Confection Eggs and Confection Bunnies!

Spring Equinox Items: Now that spring has sprung we have surrounded you with delightful confections and eggs to celebrate! You can craft a dyeable egg or purchase one of the many new spring themed items like the Spring Equinox Replenishing Confections Platter. 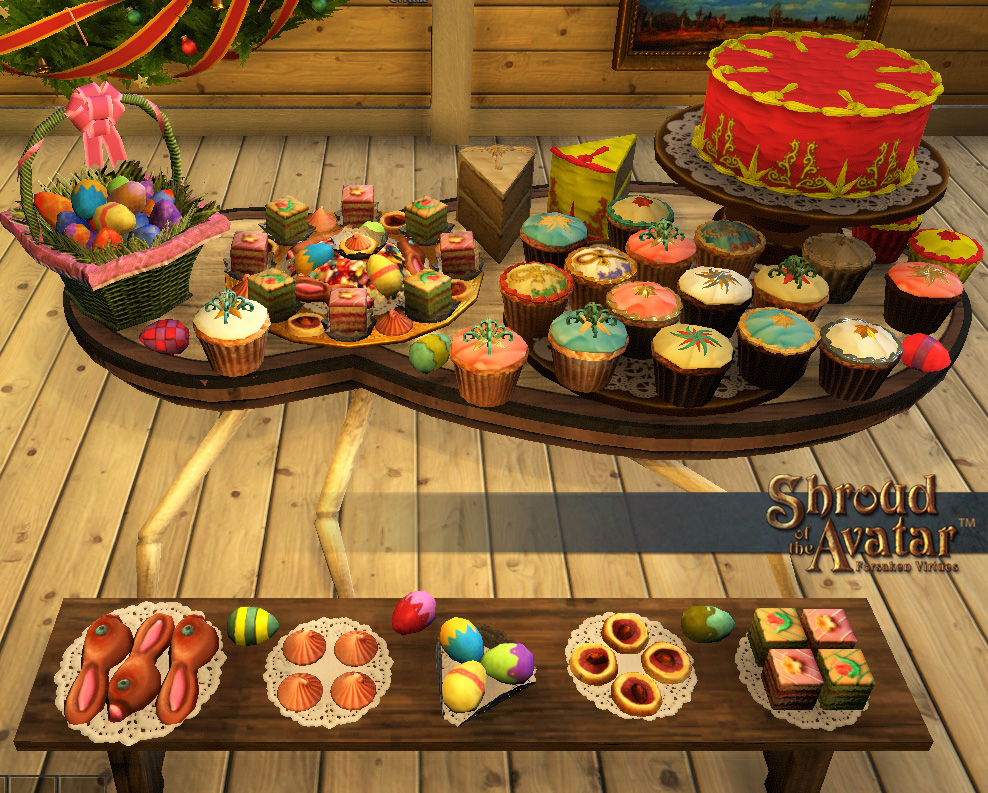 Without further ado, here is a list of what you can expect to see in Release 64.

We are only getting warmed up in this first quarter of 2019, which will be an amazing year for Shroud of the Avatar players! Crafting specializations (choose your effects!), Row Lots with Open Space, More In-game Crown Shop Improvements, Grandmaster Craftsman only effects, Fertilizer for Agriculture, Paintable Homes, The Vault (randomly returning expired items), Mannequins, more loot improvements, more expansions to the fishing system, better boss fights and more. Stay tuned for our Q2 2019 post for more details.