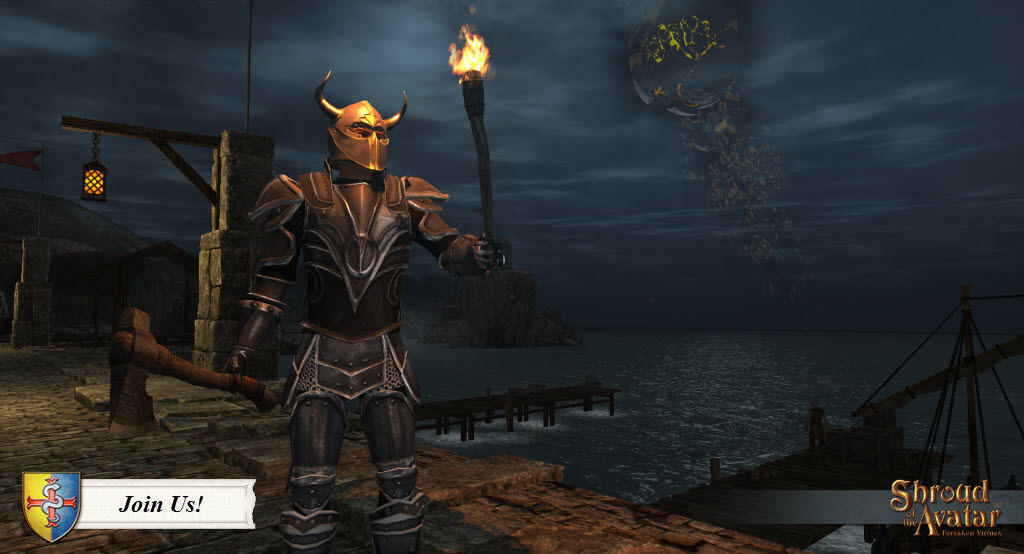 Release 2 successfully launched yesterday, January 23, with thousands of backers downloading, patching, logging in, and exploring the content! We need all your help with stress-testing the servers and testing the game systems, so please join us in playing Release 2.

In this release we’ve added the second town of Kingsport, a list inventory, increased character customization, recipe books, jumping and the very first stages of crafting. Crafting will initially focus on refining and production for smithing, tailoring and carpentry. There are more than 100 recipes with chests full of crafting resources spread throughout the land.

[Note: This early release is single player online only. Release 2 access will end on Saturday, January 25, at 10:00 PM Central Time]

Hurry and join us in playing Shroud of the Avatar while Release 2 access is open! If you have not backed the game yet, you will need to register and login on www.shroudoftheavatar.com, select the “Pledge” button in the right side-bar, and purchase a pledge at the $45 Adventurer level or above.

Blade of the Avatar Novel: Chapter 6

The latest installment of the serialized SotA novel, Blade of the Avatar (BotA), written by Tracy Hickman & Richard Garriott, is now available for download! If you are an Early Founder, or you purchased BotA in the Add-On Store, then you will find a download link for the current installment of the novel on your personal SotA account page (log into SotA website and click on “Account” in the top-right corner).  If you are a Kickstarter backer you’ll need to have your Kickstarter account linked to the SotA website (click here for instructions to link your Kickstarter account). 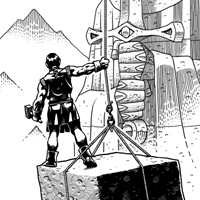 Within a few days march, the Army under General Karpasik’s command had reached Kiln and, with barely a moment’s hesitation, had passed it. The village proved to be a miserable collection of buildings clustered around a central stockade. The self-styled warlord within seemed almost eager to surrender the place to the protection of the Obsidian Army after word had come that Midris had fallen to the South. Kiln, however, was beneath the notice of General Karpasik; the place would have cost him more to secure it than he could gain through plundering it. So the mighty warlord of Kiln was left to watch the great Army pass by his town in sad wonderment.

Syenna returned from a scouting sortie ahead of the advance. She pointed out to Karpasik a less traveled road that led to the Northwest. It departed from the main trade routes that followed the Shimano River to the northeast in the direction of Port Crucible before intersecting with the East-West trade routes. Following the main roads meant that the Army would have to take a circular route to its objective. Syenna assured him that the less traveled road would more closely follow the roots of the Blackblade Mountains with an easy ford across the River Cascade, and thereby saving them nearly a week’s march in getting to Hilt.

The perpetual storm above the Blackblade Range appeared on the horizon a full day before the peaks themselves were evident. Dark and roiling, the black clouds rose so high into the air that the tops seemed to flatten against the dome of the sky. They seemed like an angry, living thing with sporadic pulses of lightning beating somewhere deep within. 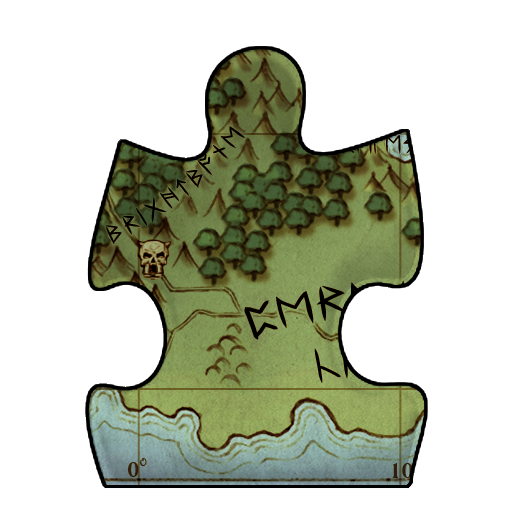 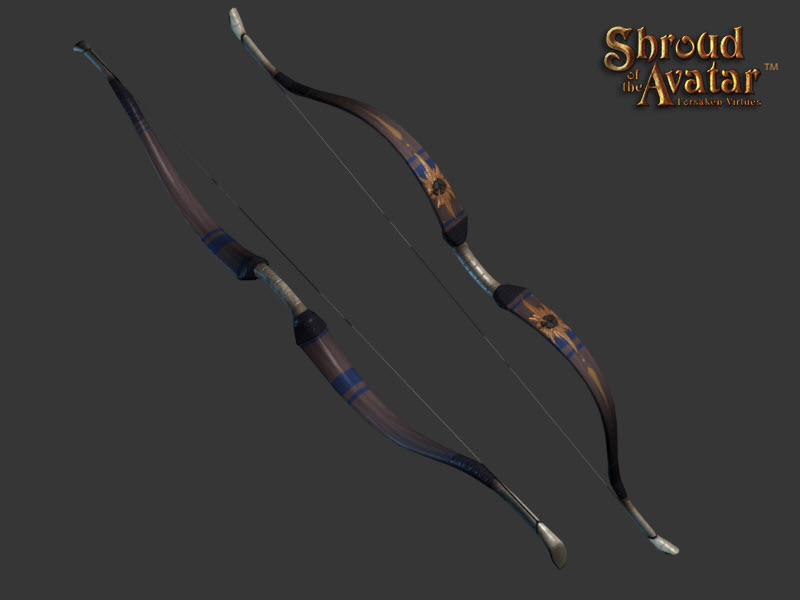 We’ve added the Ankh of Virtue Necklace as a new bonus reward at the Immortal Adventurer pledge level. The mystical Ankh has been the symbol of spiritual rebirth and eternal life in many cultures. Those on the path of virtue may elect to wear this as an outward sign of their choice to live a life of exemplary virtue! 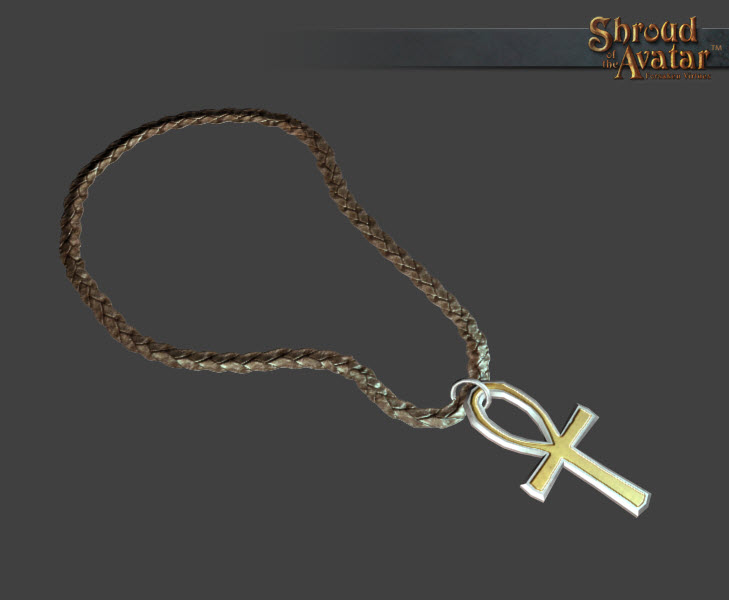 Few remember the great earth snake, from whence Lord British took on this symbol. Now all those who would fight by his side, wear it, so they might know each other and recognize their mutual devotion to the lands of New Britannia! 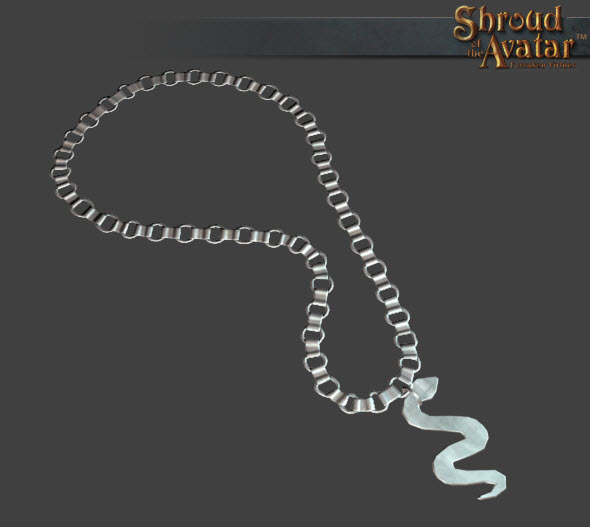 For a limited time we’re offering 33% off!

Reserve yours now (or send as a gift) at the Add-On Store! 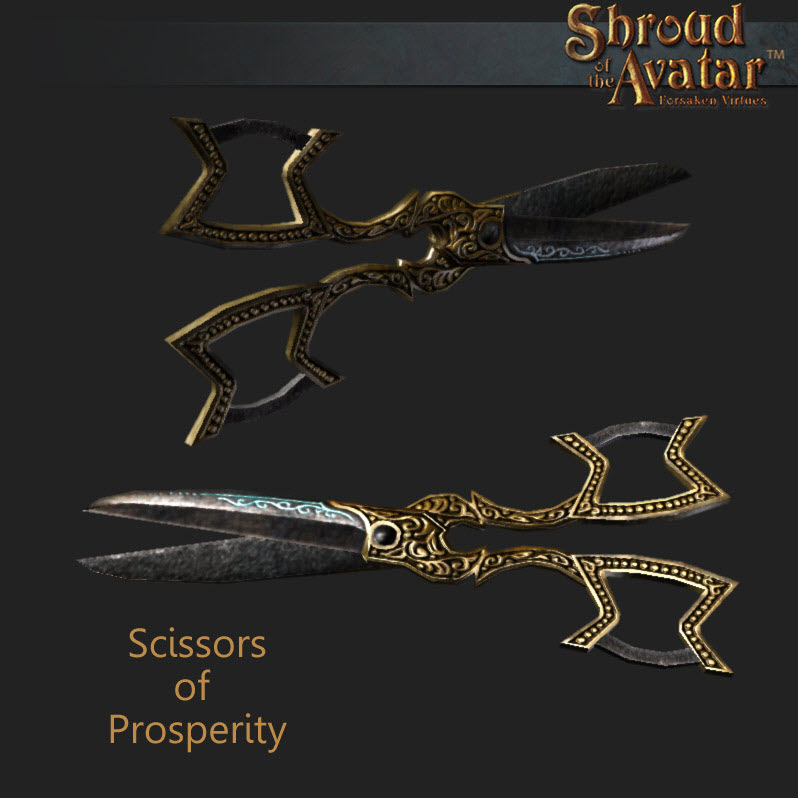 These unique, indestructible scissors increase the ability to make higher quality items, enhance existing items and repair damaged items. While scissors with similar effects can be crafted and purchased in the game, these particular scissors never need repair.

Only 73 days away from the 1-year anniversary of our successful Kickstarter campaign! At the end of that campaign, and as an expression of our appreciation, we announced that our Early Founders could purchase additional pledges, or upgrade existing ones, at the same price they were available during the Kickstarter campaign, for up to one year! This is a reminder that if you plan on upgrading your pledge, or purchasing additional pledges, you might want to consider doing it soon while the lower prices are still in effect.

(NOTE: Any pledge payment plans started prior to April 8, 2014 will remain in effect at the original Early Founder price until that plan is completed or cancelled)