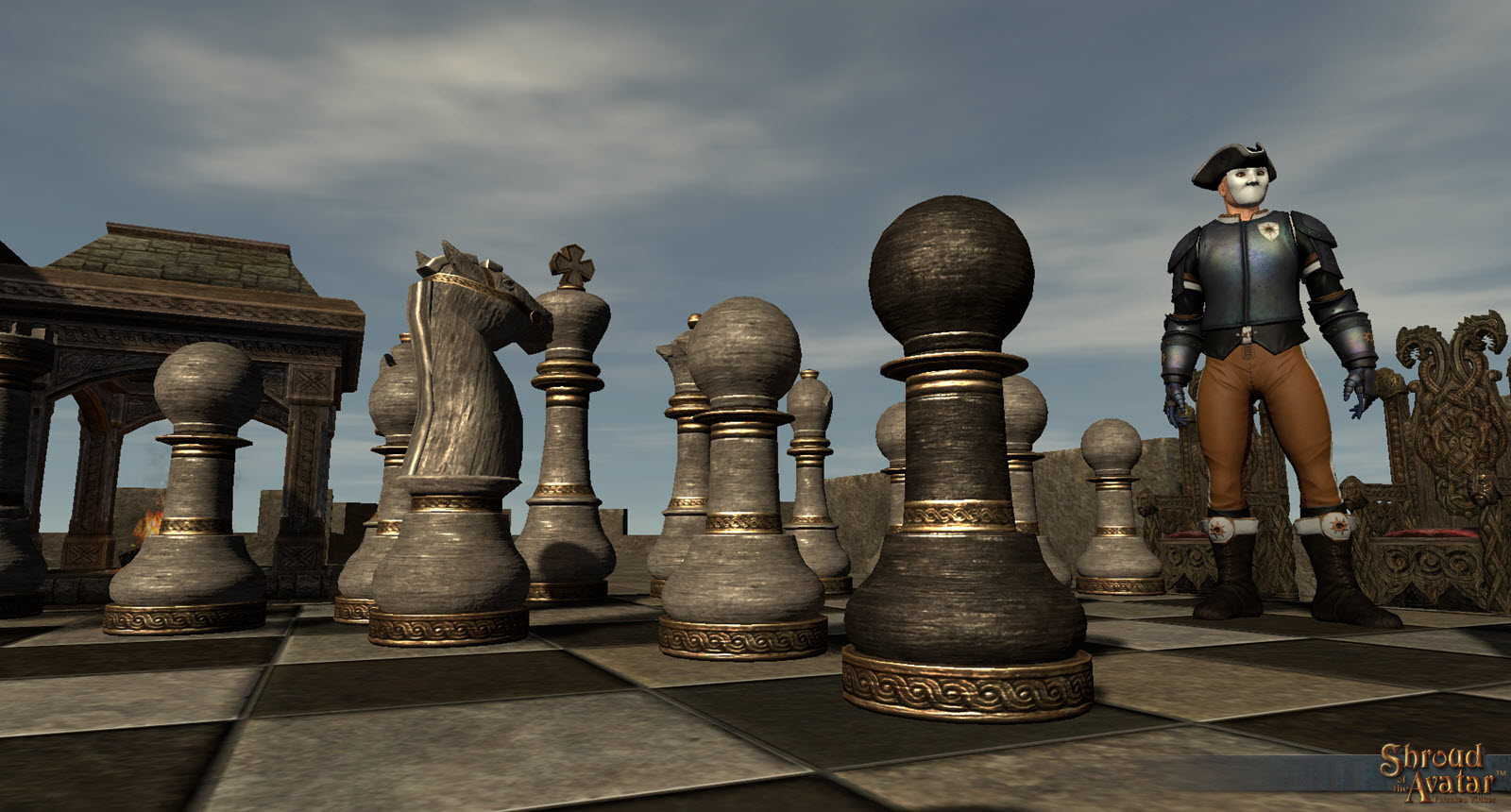 Invite your friends over for a friendly (or not so friendly) game of chess on this life size chess set, gloriously crafted by Scottie Jones. Available now in the Add-On Store, this decoration comes complete with board and individual chess pieces and fits nicely in a yard, game room, or deck. 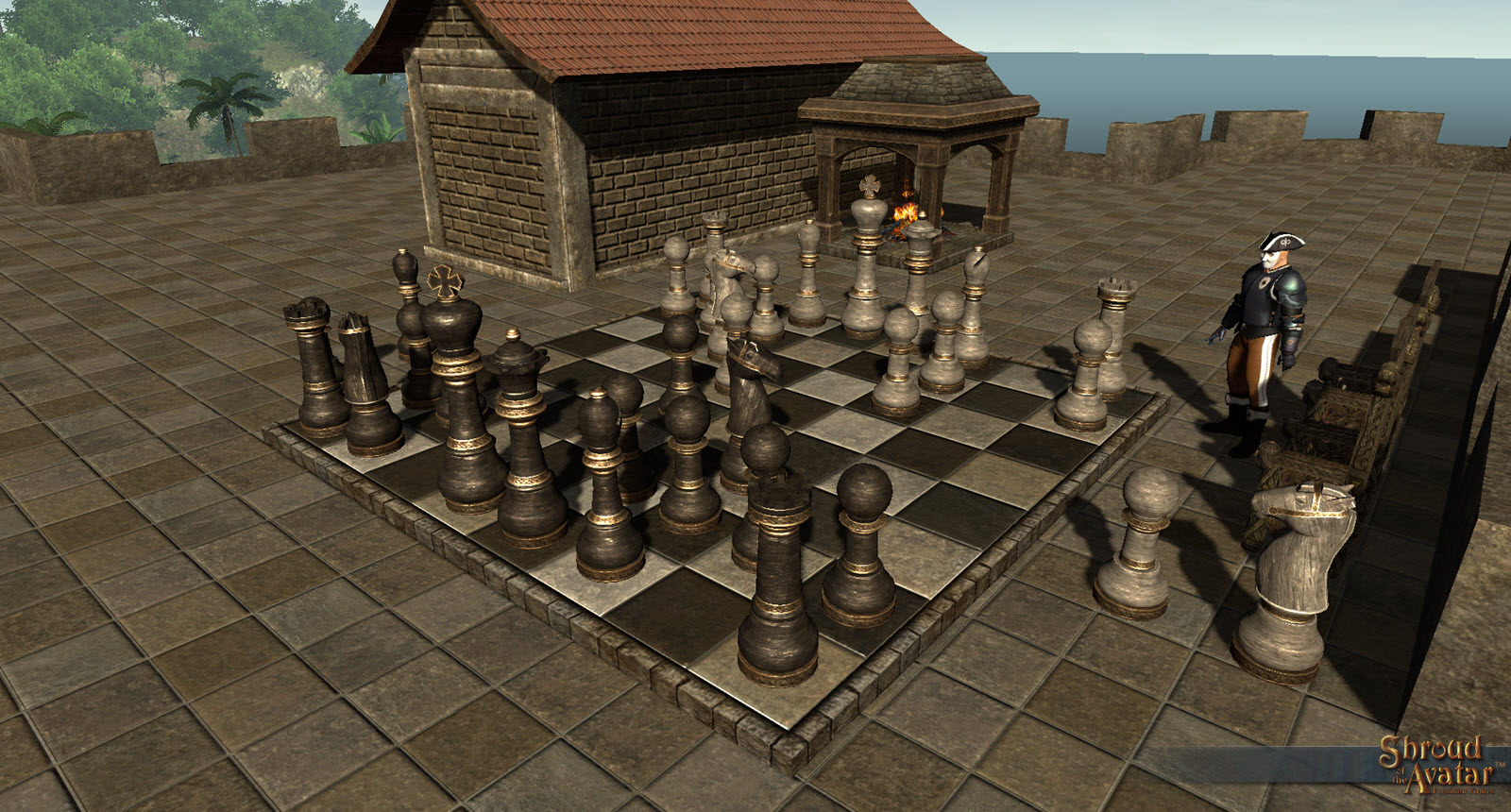 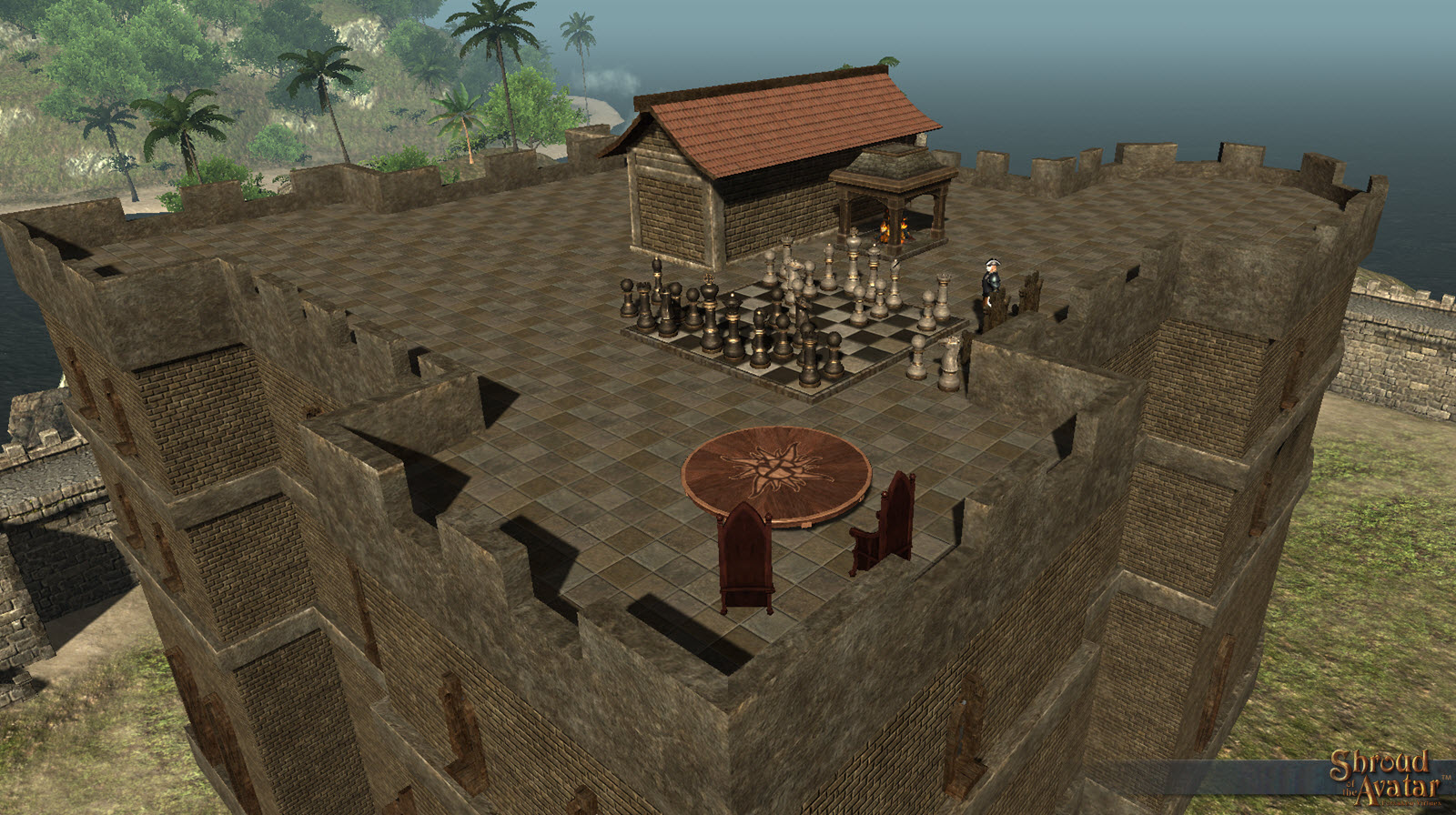 SotA will not be available for purchase on Steam Early Access until November 24, but all our backers can use Steam to play Release 11 by redeeming their Steam Access key, which we made available yesterday. You won’t be able to play until Release 11 is launched next week (Oct 23), but you can install it now to help us make sure the Steam access/installation process is bug-free. Here are the instructions for redeeming your Steam access key and installing the SotA client: 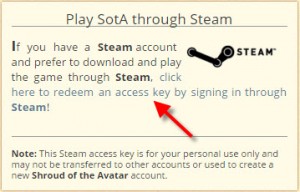 Let us know if you have any problems and thanks for helping us test the Steam Access key redemption and download/installation process! 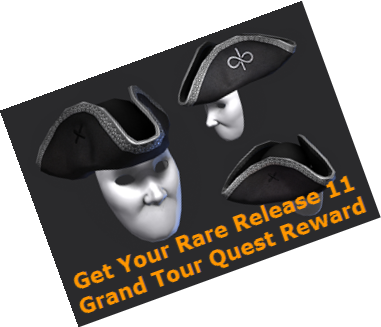 Release 11 is only 6 short days away and we’re pretty excited about all the new content! Just as in our last release, we’ve included a Grand Tour Quest designed to guide you through all the new content. And just in time for Halloween, you will be able to get the Tricorn Hat with Carnival Mask by completing the Release 11 Grand Tour Quest. This reward can only be unlocked during Release 11 (did someone say rares?), so be sure to log in to R11 (Oct 23-26) and talk to all the Tour Guides!

One of the new areas to explore in Release 11 (and included in the R11 Grand Tour Quest) is Solace Bridge. It is one of the very first examples that shows how we plan to dynamically change the state of scenes in the game either through random events, player actions, or updates to the world. There are two versions of this scene that can be visited in R11. The first version, the Battle of Solace Bridge, depicts the aftermath of a village defending itself against an undead army. This post-battle state of the scene will be players first view of Solace Bridge when they start the game. When/if players return to this scene later during gameplay, there may be another pitched battle between villagers and undead already underway (which is another game state). Solace Bridge is the version of this area that players will usually see if/when they return later, and represents the Solace Bridge scene sometime after the battle when things have been rebuilt and the land has recovered a bit. Both versions (Solace Bridge and The Battle of Solace Bridge) can be accessed via the Lunar Rift in Owlshead.  Note that in R11 the war torn version is flagged as an Open PVP area.

Solace Bridge is where one of the three working Lunar Rifts can be found on the mainland, and is thus a key strategic location for the Perennial Coast of Novia, and one of the three common entry points for “outlanders” from Earth. Normally the Perennial Coast is considered a region that celebrates the Principle of Love, however the Perennial Coast leaders in nearby Ardoris are rumored to be discordant. This discord could not have come at a worse time because undead hordes have been pouring South from the Drachvald region. The armies of Ardoris do their best to repel these armies, but perhaps only Outlanders can turn the tide…

Community member Bubonic is back with another great contribution to SotA! You may recall his outstanding Aether Vibration Amplifier (aka SOTA Streaming Radio) that we showcased in Update #87. Well, he’s done it again with this beautifully crafted Phonograph, a unique, in-game item that plays wax cylinders of recorded music (included in the Navigator pledge rewards). 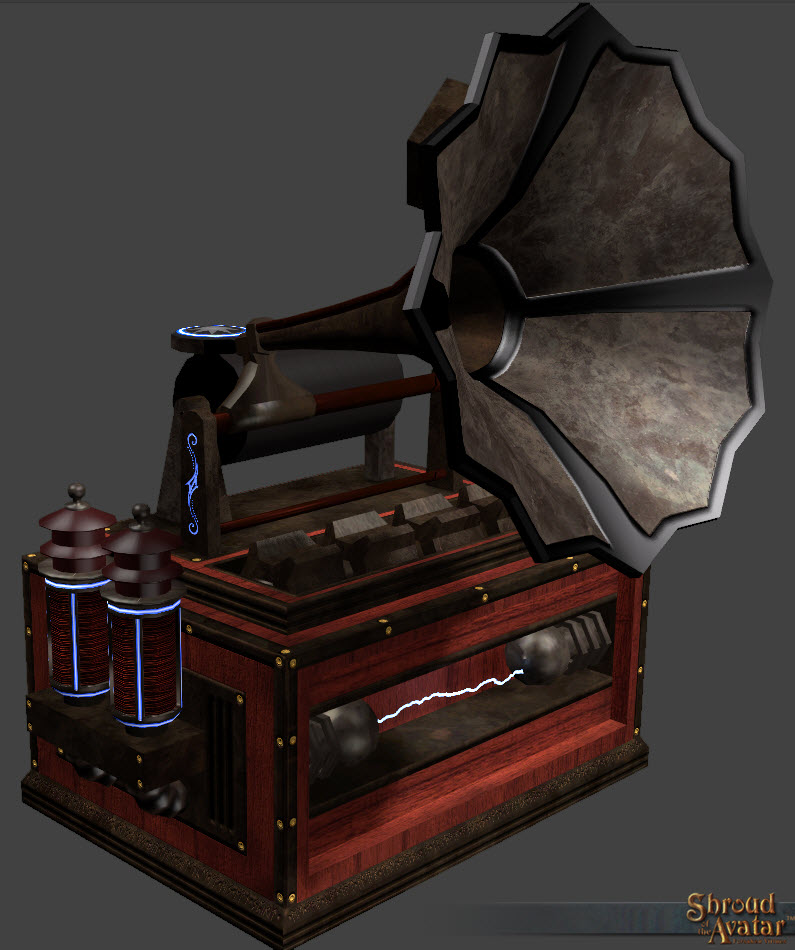 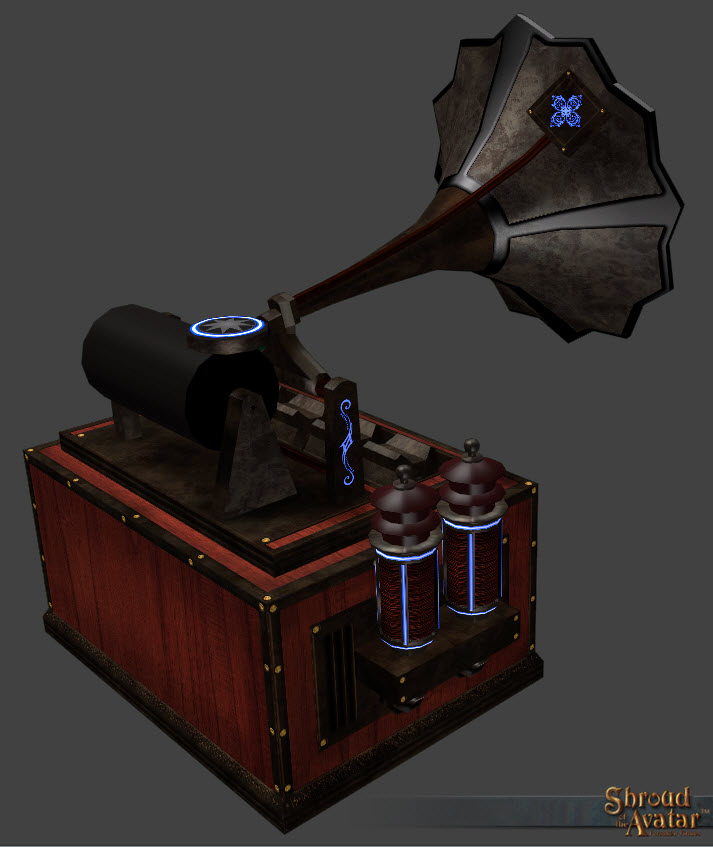 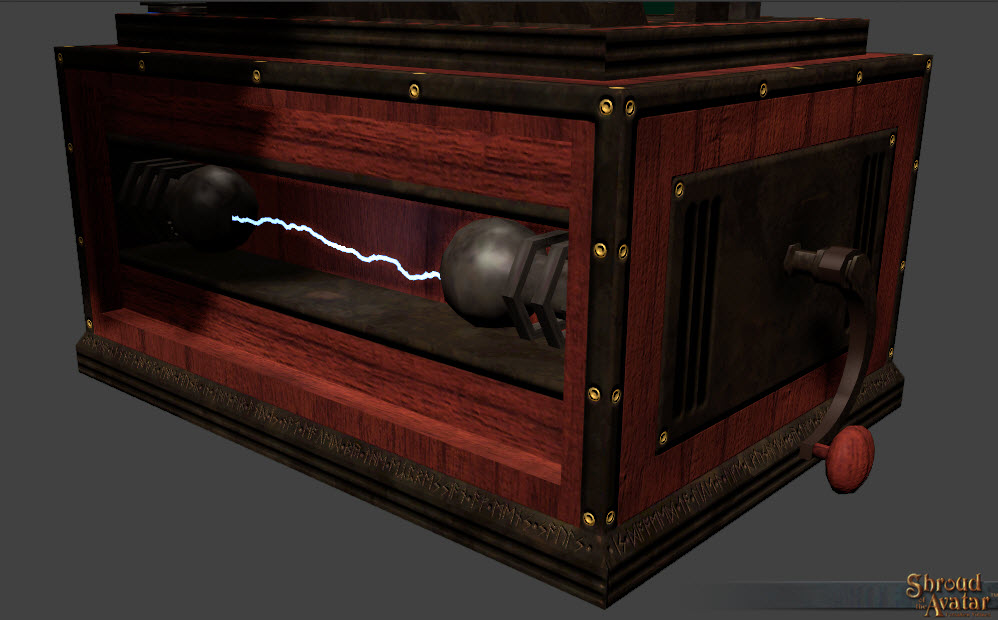 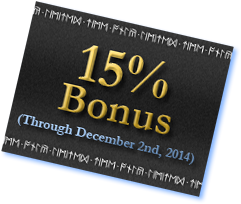 Wil later blogged about it:

In the afternoon, I played my favorite worker placement (or displacement, if you prefer) game of the year, Five Tribes, with my friends Jenna Busch and Satine Phoenix, and Richard Garriott. Yes, that Richard Garriott, as in: the guy who basically invented the MMO, and who has been to freaking space.

We want to give a shoutout for BEDLAM, a really cool game being Kickstarted by our friends and fellow Austinites at Skyshine Games. BEDLAM is a strategic single-player roguelike turn-based RPG set in a post-apocalyptic era, created for the PC and Mac – Inspired by great games like The Banner Saga, FTL and XCOM.

“I loved Heavy Metal growing up. I read the magazine and watched the movie about a zillion times (more than Star Wars actually)”, said Starr Long (SotA Executive Producer). “…[BEDLAM] totally resurrects that Moebius 80s sci-fi look. It is also another great example of the resurrection of turn based RPGs (hallelujah!). So go check out their Kickstarter and let’s make this happen!”

Check out their video and if you like what you see then jump over to the BEDLAM Kickstarter page and pledge your support (only 7 days left)!

Richard “Lord British” Garriott primarily operates out of his New York “Britannia Manor”, and commutes to the Austin Portalarium Studio about a week out of each month. However, through the amazing technology of the Double telepresence robot, Richard actually spends all day, every day, at the Austin studio even when he is in New York (or anywhere else, for that matter). Double Robotics posted the following interview with Richard and Starr on the front page of their website:

Every week going forward we are removing select items from the Add-On Store, so if you want them you better get them before they are gone! Last week we phased out the Shingle-Roof Village Homes. This week, the following items are available for an additional 20% off, and then will no longer be available in the Add-On Store.

The Cubit Measure of Prosperity

This unique, indestructible cubit measure increases the quality and quantity of items produced when milling. While cubit measures with similar effects can be crafted and purchased in the game this cubit measure never needs repair. 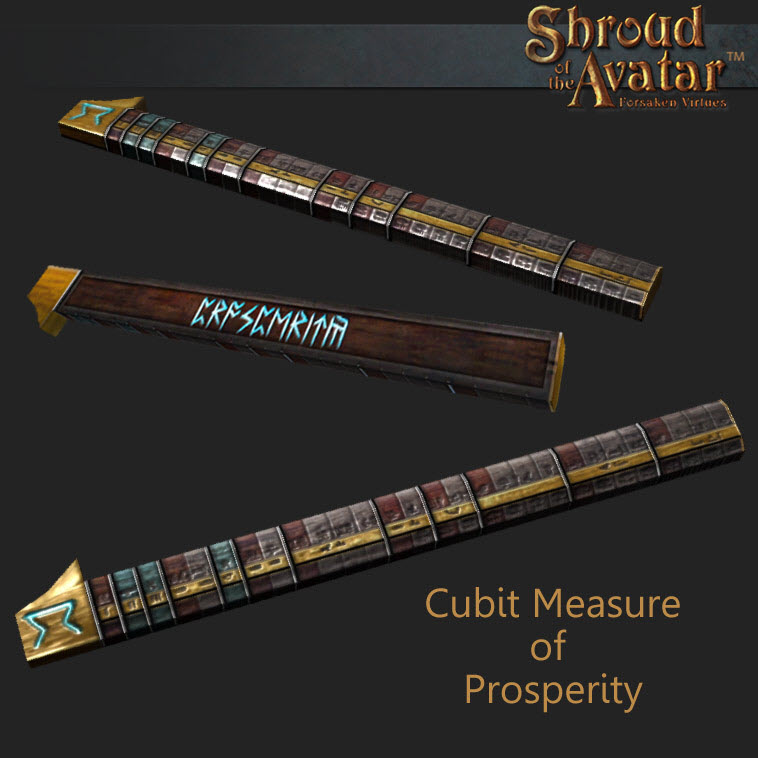 If you loved the Crafting Sigil, then you’re especially going to love it adorning this beautifully crafted cloak! 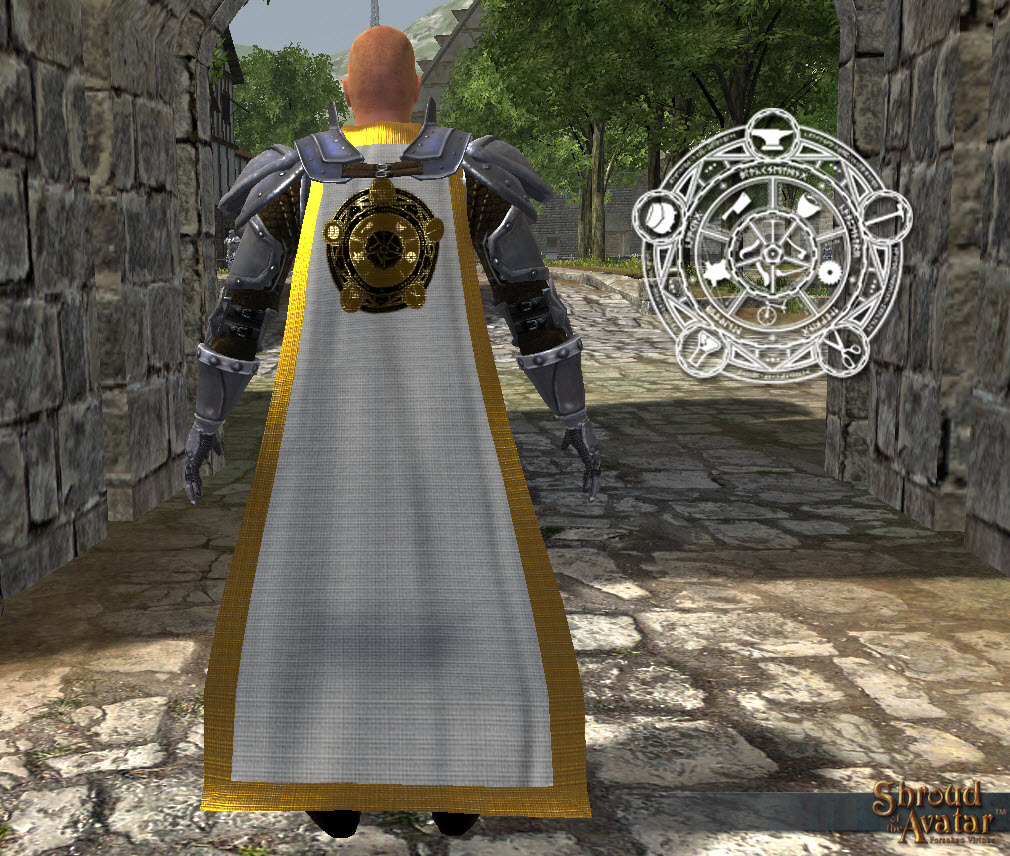 Chill Stream, Drop on in! #sota