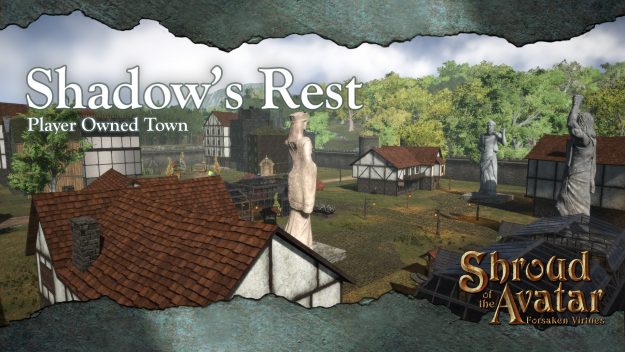 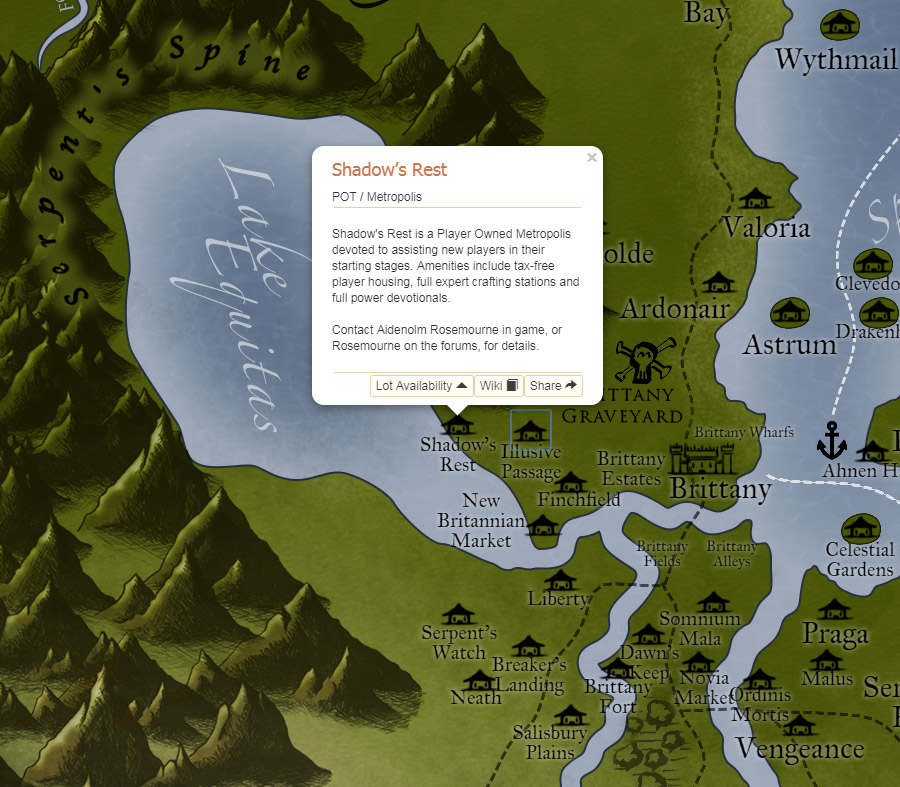 Shadow’s Rest is a Player Owned Metropolis due West of Brittany, along the coast of Lake Equitas. The town is the headquarters for the A Rose From Sequanna services offered to members of the community and welcomes all members regardless of reputation, guild affiliations, or other neutral status.

Founded in Marse 3rd, 482 PC, Shadow’s Rest was a small holdfast residing along the source of the Oso River in Norgard. Aidenolm Rosemourne built his home in that location in hopes of one day bringing peace between the Kobolds and Avatars in the area. With his extra land deed he allowed anyone who needed a home to stay for free.

After a few seasons it became apparent the location in Norgard was a difficult journey and few were willing to make the trip. A decision was made to pack up and move the town outside of Brittany so anyone in need could benefit from the town, without having to commit to a pilgrimage.

As more Avatars came to New Brittannia, Aidenolm began to acquire additional land deeds to ensure homes were always available. He started with a single row home and offered basement space for others. Next a crafting hall was built and filled with expert crafting stations he acquired from around the world and the locks were removed to ensure no one would ever be denied access. 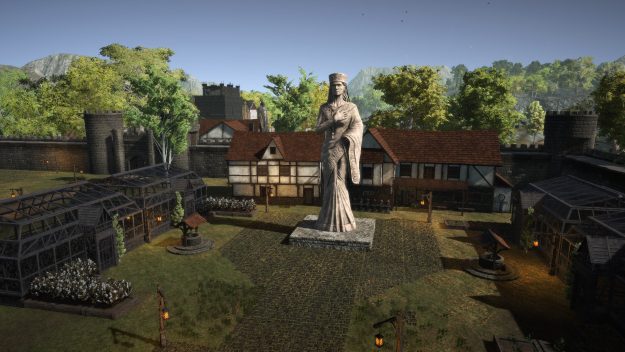 Once that was finished he turned his gaze back to housing. He had built five more row homes before Avatars started asking for garden space. After a season, greenhouses were commissioned and two public gardens became available to anyone who asked. For the next couple of seasons, homes continued to get built and after a while a park was developed to offer a spot for social interaction as the Avatars returned from their journey. 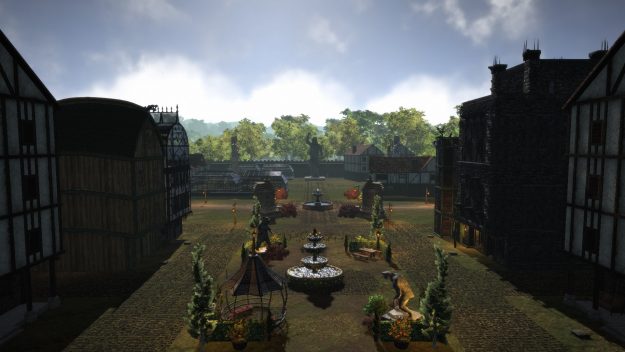 Avatars continued to come and go, occupying the homes as quickly as Aidenolm could build them. It wasn’t long before additional expansion became necessary outside the town’s walls. Aidenolm constructed an oracle observatory so anyone could receive funds from the Oracle directly. Next, a pavilion was built with the purpose of educating Avatars as they come to New Britannia, or look to gain knowledge in other crafts and skills. While the guides are not complete as of yet, they continue to be published and updated regularly. 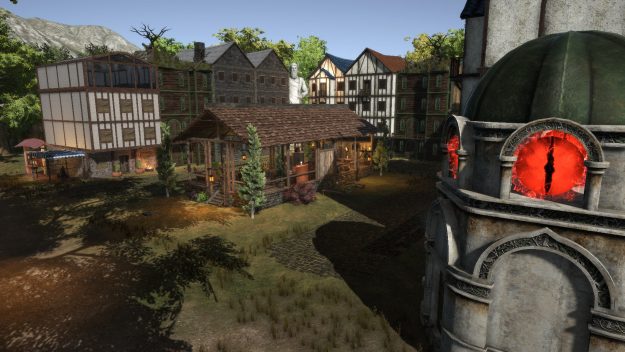 And while knowledge is power, practice makes perfect! Aidenolm removed his home from the island in the middle of the lake to make way for a new training ground for Avatars to utilize. He constructed stairways with sharp falls for avatars to practice their falling without real risk of injury. Training dummies were constructed with a stage and bleachers for classes and vendors were persuaded to offer their services on the grounds to ensure Avatars never ran out of reagents or arrows while training. 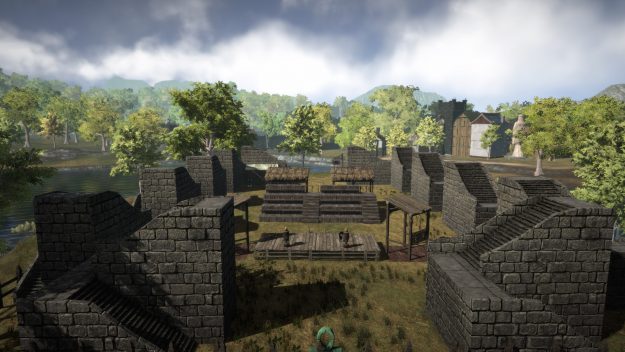 Lastly, with the influx of Avatars only needing a room and not a whole house, Aidenolm built two inns within the town’s walls. Currently, Shadow’s Rest has 30 inn rooms and 20 row homes to offer to avatars who need a home and continues to offer a full array of services to assist the community as a whole.

We hope you enjoyed this latest spotlight of a Player Owned Town!

If you are interested in settling into Shadow’s Rest, contact Aidenolm Rosemourne. And if you have a Player Owned Town, or live in one that we should be spotlighting on this series, please contact community manager Berek.