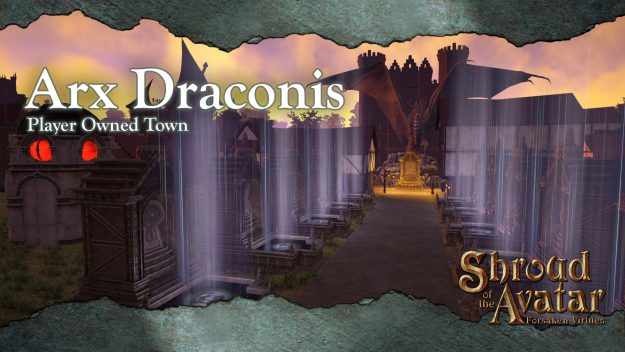 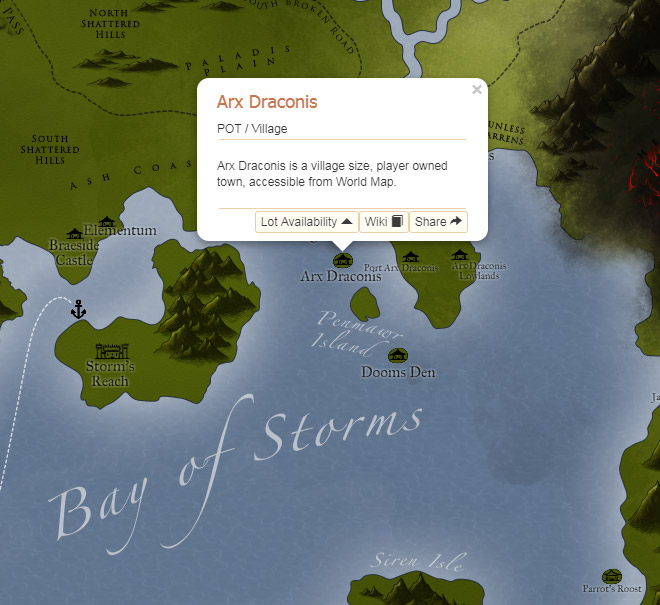 This week’s Player Owned Town spotlight has us traveling to Arx Draconis to visit this beautiful island town, conveniently located in central Novia. Described as a large, walled, fortress city with a castle in the middle that’s perched upon a mountain. Arx Draconis is the home of The Syndicate (www.LLTS.org).

Hundreds of members from The Syndicate visited our studio in Austin earlier this month, giving us a unique chance to talk to them about their in-game adventures! We found out that for over 21 years of its existence, The Syndicate has been featured in two books, listed in the Guinness World Record as the longest lived guild, and mentioned in SotA’s story and lore. 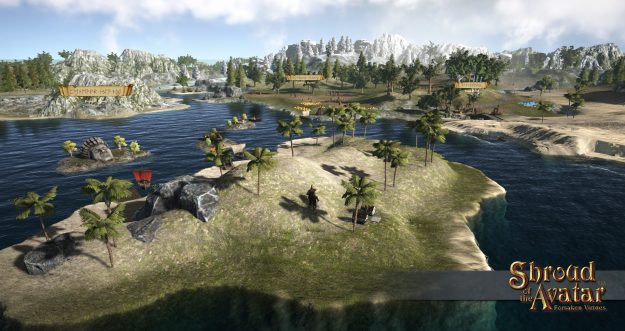 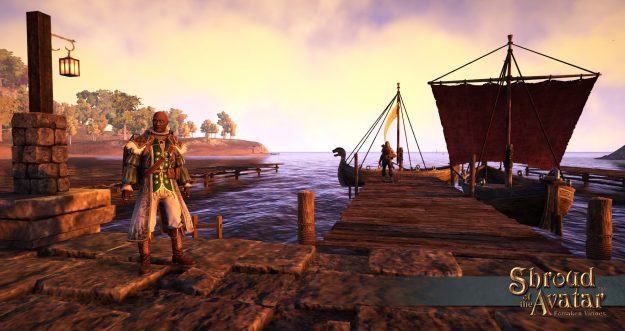 Arx Draconis presented by The Syndicate…

When you arrive at Arx Draconis (AD for short), by taking the boat from the mainland near Jaanaford, you will find yourself on the docks looking up the main gates. Taking the stairs up and passing through the gates, along the road leading to the town square, are all of the available shrines. That does mean the cultists like to siege the town but the benefits of having all of the buffs available outweighs the burden of the frequent sieges. 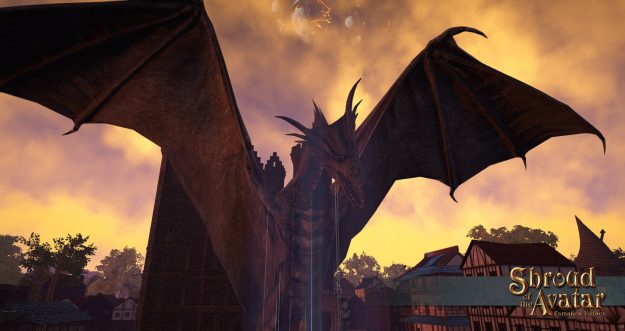 Following along that road you reach the town square. Staring down at you is a large dragon statue, one of the first of its kind in Shroud. Double clicking the statue is perhaps something you’d want to do when you visit. Around the statue NPC vendors are busy tending their shops on both sides of the main road into the heart of the city. 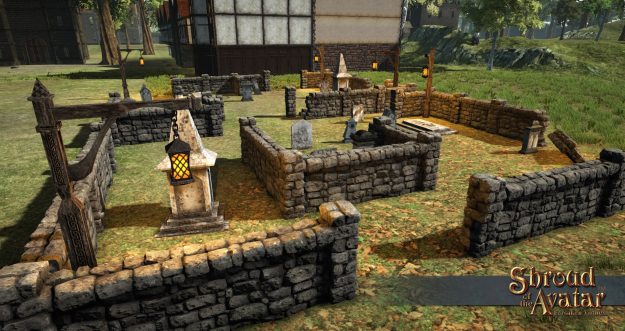 One interesting fact about the NPCs is that they are all named for fallen Syndicate members. Over our 21+ years of existence we have lost members to various health conditions, but their memory lives on in our lore and they are with us in Shroud in the form of town NPCs. 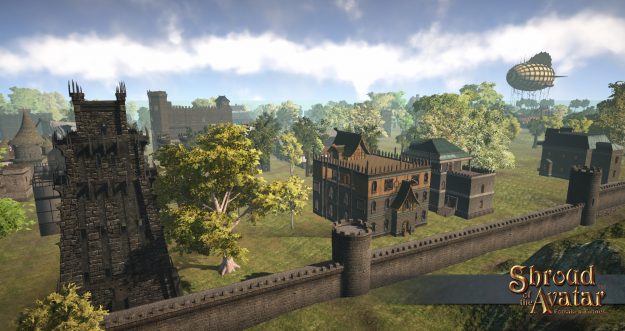 Originally a static town, the template was popular enough that it became a walled city template available to all player towns, and eventually converted to a dynamic town using that template. 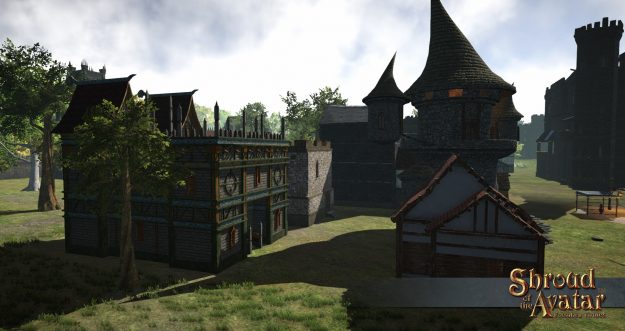 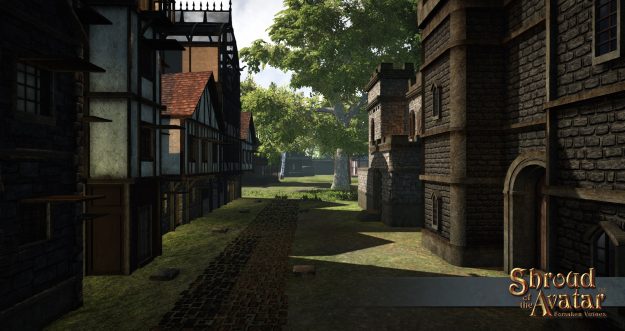 While Arx Draconis is home exclusively to Syndicate members, the vendors, shrines and occasional events that we run are open to all players. Historically, we are known for events like Craftsman Day. Although those can be more challenging to setup (due to instanced content), the core of the event is there 24/7 for all players to enjoy.

Behind the dragon statue and to the left is a crafting pavilion, you will find a banker standing along with access to the top tier of all crafting stations. If there are Syndicate craftsmen online and in AD, they will typically be happy to help with crafting needs! 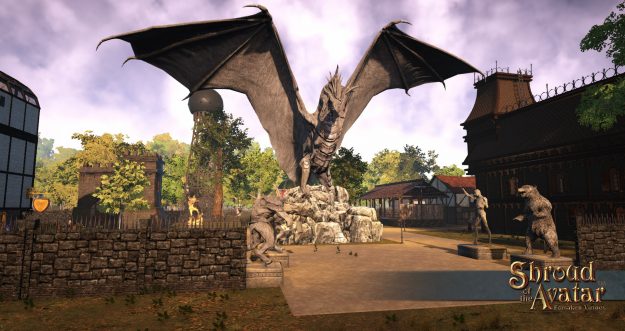 Near Arx Draconis are also Port Arx Draconis and the Arx Draconis Lowlands. Those are additional Syndicate towns providing yet more housing for members. When a community is 1200+ people large with several hundred having active SOTA accounts, lots of housing is a ‘must have’. All towns remain open to the public to use the vendors, banks and other services offered.

There are so many towns to explore throughout New Britannia. If you are interested in becoming a part of the Arx Draconis community, you can contact the guild at www.llts.org/Contact.php.

Do you have a town, guild, or other group we can spotlight? Message community manager Berek with the details!