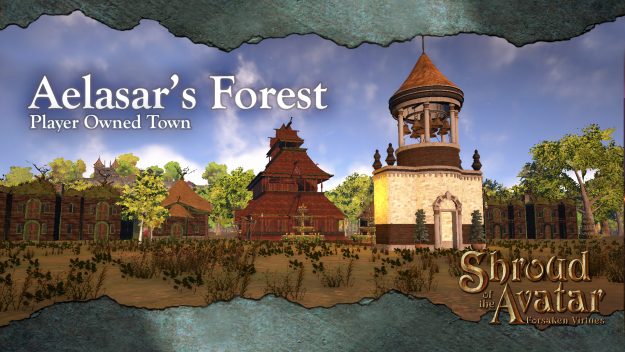 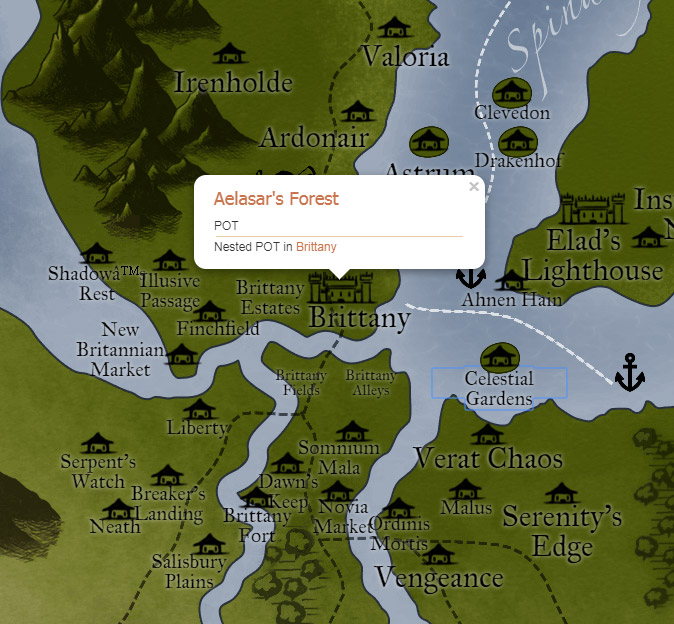 Welcome to another Community Spotlight feature! These spotlights are dedicated entirely to community content, usually about a player town and presented by a single individual or an entire guild. For this week’s spotlight, we toured the beautiful town of Aelasar’s Forest. The town is located conveniently within Brittany as a nested town.

As told by Governor Cianna:

Welcome, travelers! We’re so happy you made it. Did you have trouble finding us? We are nestled deep in the woods surrounding Central Brittany, to be sure, but that makes it easier to keep a low profile. What’s that you ask? Why do we need to keep a low profile? Hmmm, well, that’s not easy to explain.

When my grandmother, the Outlander Aelasar Soryn, was a young bride, she found the transition from her Earthly life to a Novian one to be very difficult. Her loving husband, my grandfather, Alron, purchased what is now Aelasar’s Forest and gifted it to his young bride, hoping it would ease her homesickness. Through the years, it became Aelasar’s secret haven from the insanity of her new world, and provided a measure of the peaceful Druidic life she’d left behind. 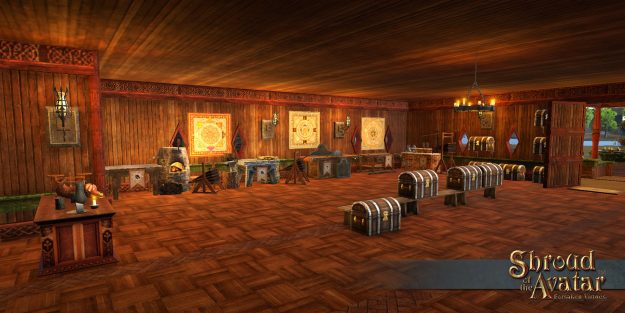 No one, outside of Aelasar and Alron, knew of The Forest’s existence. And years later, as her son, Lindir, my accursed father, fell more and more under the influence of the dark Elves of Novia, Aelasar found it more of a refuge than she ever dreamed. But, really, that’s a story for another day. 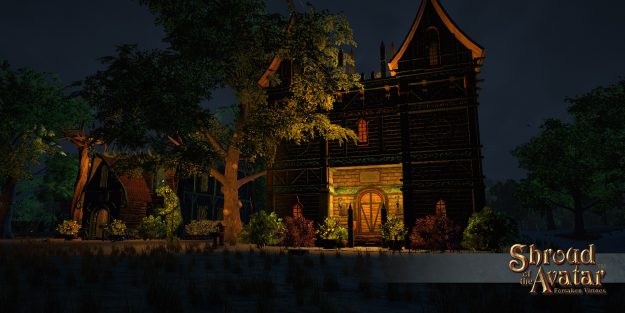 I own Aelasar’s Forest! Well, as much as anyone can own land. I prefer to see myself as its steward and I take that responsibility seriously. I do not believe in the adage “bigger is always better.”

We are a small crossroads village community, committed to each other and to the Forest we live in. Aelasar’s Forest is a refuge of sorts, opening our arms and our hearts to those who need sanctuary and support, particularly Outlanders who find themselves in a new, confusing, and sometimes terrifying new world. We’ve welcomed many adventurers and crafters here. We even have the lovely ladies of The Coven living in a remote part of the Forest. They bless the Forest and its inhabitants with their magic. 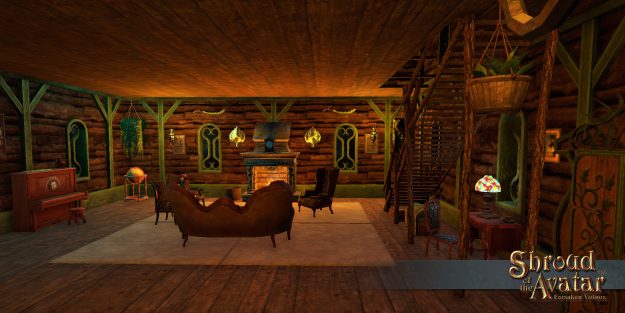 Many come from far and wide to find respite in Aelasar’s Forest because they know it is home to The Order of the Forest Dwellers. The Order, a secretive society based loosely on what is known of ancient Earthen Druidry, is dedicated to helping the less fortunate, the downtrodden, and, most importantly, those who feel homeless and alone in a strange new land. The Order provides temporary housing and sustenance to Outlanders as they attempt to forge new lives in New Britannia. Those who have received hospitality from the Order often return to visit.

Some even choose to stay and call the Forest their permanent home. An informal family of misfits has formed over the years and our ties are often stronger even than those formed by blood. 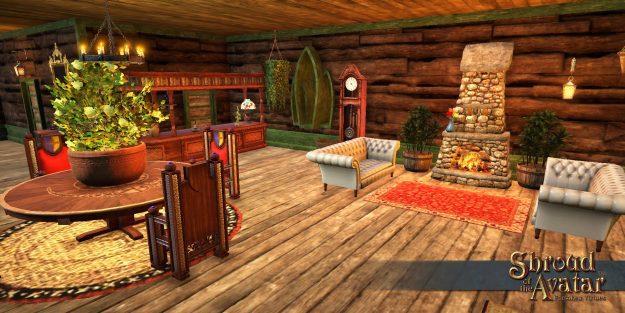 The Inn at Aelasar’s Forest

Nature is sacred to The Order, as evidenced by our reverence of the Four Elements (earth, air, fire, and water), and its respect for the many beings of this plane — and beyond — who dwell there. Of course, we do have our irreverent residents as well (*cough* Have you met Nick Cold, our Lt. Governor? *cough*).

We maintain a huge Crafting Hall that is available to all residents, as well as an Inn that offers free housing, a beautiful new Social Hall, a Community Garden, and a central marketplace. As you can see, our town is beautiful, serene, and welcoming. 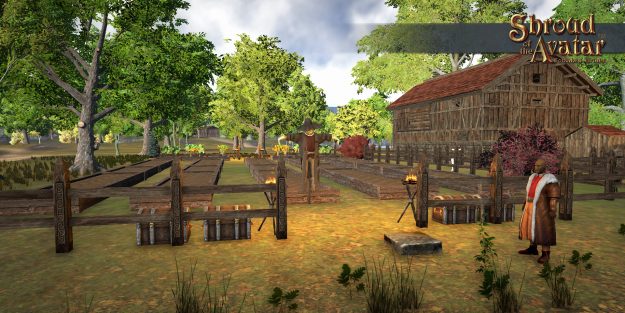 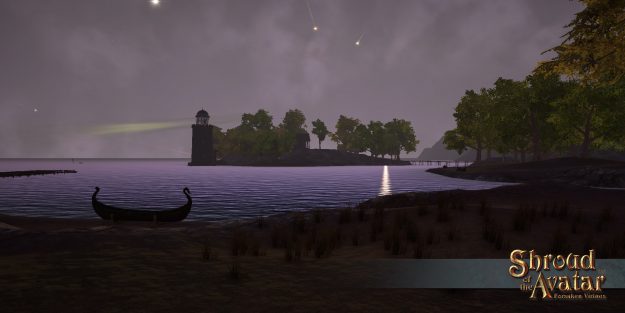 Nature is sacred in Aelasar’s Forest 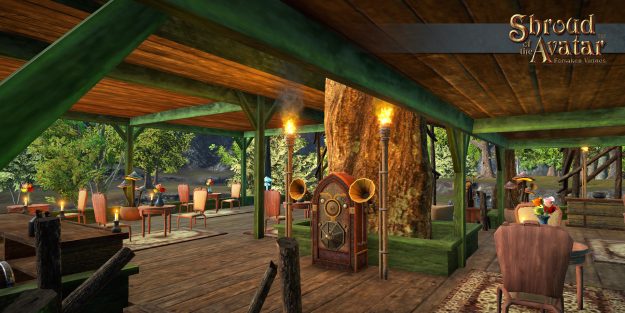 We are enchanted that you’ve come by to visit us in our beloved town. We hope to see your return! 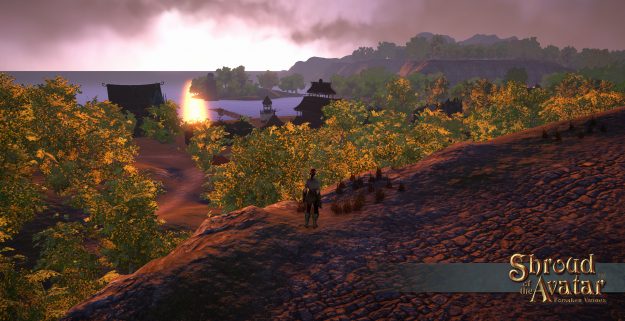 There are so many towns and historical landmarks to explore throughout New Britannia. Visit the Community Spotlight section of the website to read about more of these sprawling towns. If you are interested in sharing your tales of adventure, message community manager Berek!

The Rain We Train Will Sooth Mainly on the Pain