“What? Already?” you might ask. As noted in our Q4 2018 post “The last two releases of the year (Nov/R60 and Dec/R61) will be very early in their respective months so that they are released well ahead of the US winter holidays (Thanksgiving and Christmas).”

Release 60 is the second release in which we focused on the current iteration of our Top 10 Priorities (from Q4 2018 post). We made progress on several of these priorities including various quality of life fixes (easier access to Crown Merchants), loot improvements (increased salvage rates for patterns, more player items in loot), bug fixes, seasonal content (2018 Winter Holiday Items), and Fishing Phase 2 (more fish recipes, POT bonus, fishing while sitting, etc.). 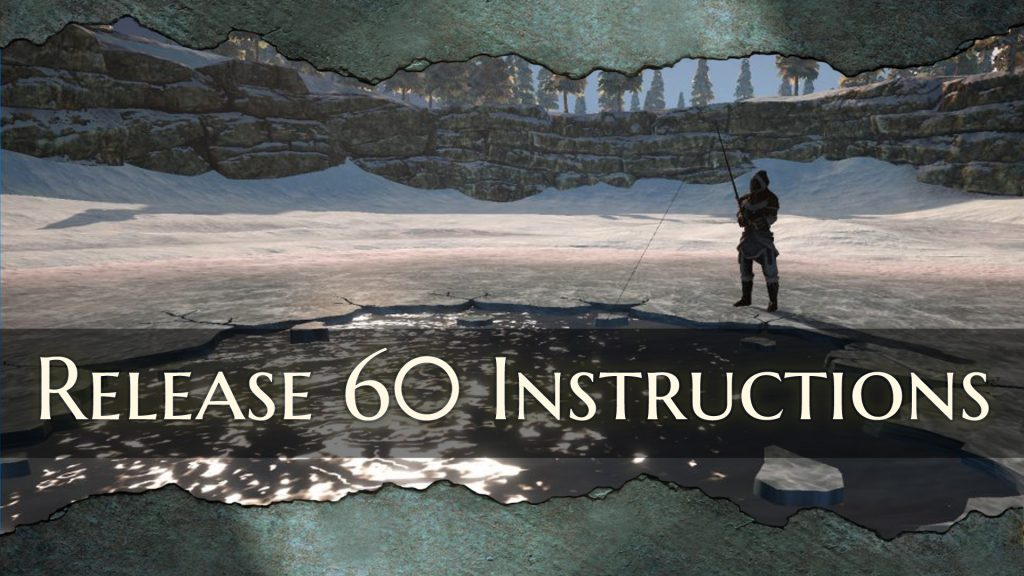 As mentioned last release we have modified how we do our release notes. In the past we have transcribed a lot of the details from our internal tracking tool, JIRA, into this post to make these 10–20 page informational dispersals about what was done for the release. Instead of doing that, we now make this post a “highlights” post with a link to a google spreadsheet that lists all the tasks and bugs that were completed for the release. This both saves time in production that we can devote to other tasks and it also allows you the players to connect issues you reported to the actual JIRA numbers we posted in response in the forums! We hope you continue to enjoy this new format. 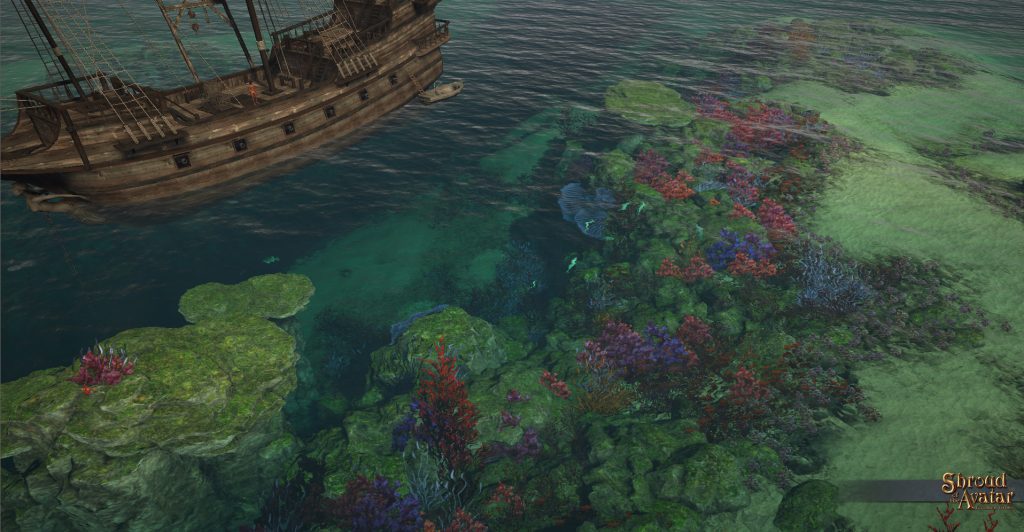 Quality of Life Improvements: We increased salvage rates for patterns and components as well as dramatically increased the drop rate for player made items in loot. There is also now a shopping interface that allows you to purchase a selected set of gold crown items from anywhere in the game. Additionally, we performed a much needed balance pass on Bludgeons.

Bug Fixing: We dedicated a significant portion of the release to working solely on fixing bugs and reducing our overall bug count. We addressed over 85 issues with over 75 of them highlighted in the google spreadsheet, including fixes to various scenes (typos, stuck spots, etc.), crafting fixes, combat fixes, and various user interface fixes. NOTE: We have purposely not shown issues related to exploits, security, and customer service issues.

Without further ado, here is a list of what you can expect to see in Release 60.

There is even more to come! Release 61 is going to be full of all kinds of exciting improvements and additions including more Fishing Phase 2 (lava fishing, lava fish, more fishing skills), continued expansions to the Player-Made Dungeons system, more Quality of Life improvements (more bind points!), and Krampus!

Q4 is just a warm-up for 2019 which will be an amazing year for Shroud of the Avatar players! Crafting specializations (choose your effects!), Back slot item enchanting, Grandmaster Craftsman only effects, more loot improvements, more expansions to the fishing system, better boss fights and more! 2019 will of course culminate with Episode 2 which will have a new story, new lands, a revamp of the Quest and Journal system, a Theater System, Treasure Hunting with treasure maps that show up as loot, Item Affinity, Taming system expansions, Customizable NPCs, and expanded permissions for containers and doors!