This week’s edition of Update of the Avatar is filled with more cool stuff:

The challenges for the first three Scene Jams were:

For Scene Jam IV, the challenge was to pick any piece of Stephen Daniele’s concept art, create it in Unity, and tell the rest of the story. Show us what lies beyond that mouth to the cave, what is behind those ruined castle walls, or what lies deeper into that forest.

Once again, we had many exciting submissions! After long and careful evaluation, we are pleased to announce the winners of Unity Scene Jam IV:

Congratulations to the winners and our deepest thanks to all of you that participated!

Be sure and check out next week’s project update where we will announce the overall Grand Prize Winner of the Unity Scene Jams!

We are ready to start revealing portions of the world map that correspond to the pieces of the story we are sharing. Since we’ve already shared five story snippets, here are the five corresponding map puzzle pieces: 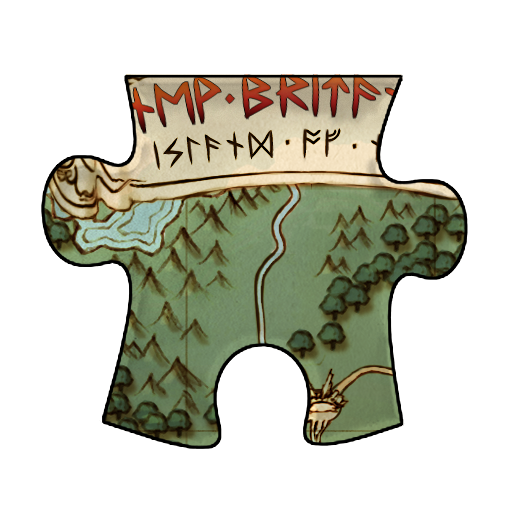 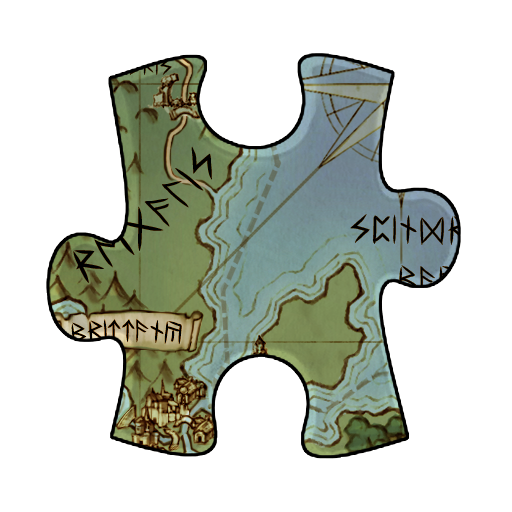 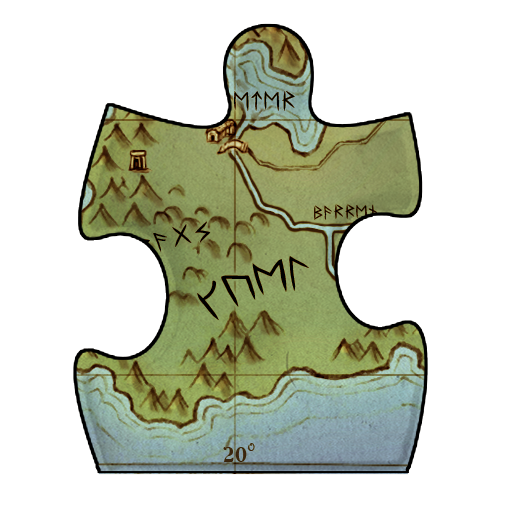 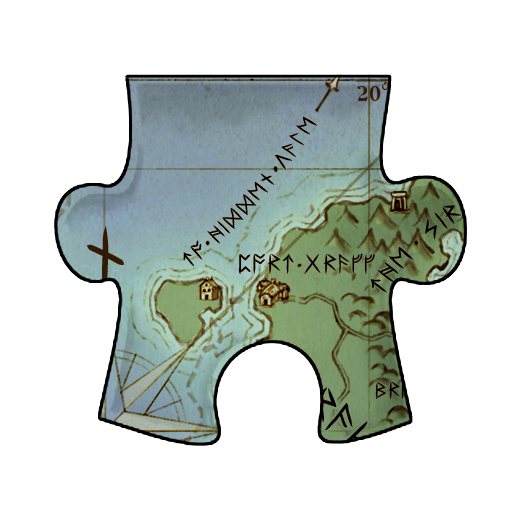 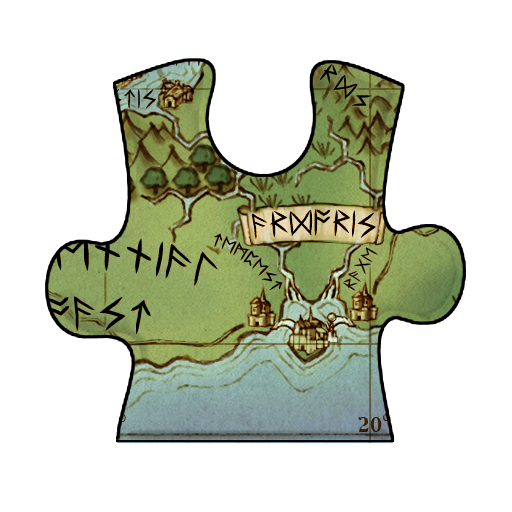 And now for this week’s Story Sneak Peek #5…

Welcome again, traveler, to the choices that will shape your future…

We have spoken of Truth and Love; there is one virtue left that will guide your travels in the lands of Novia. That virtue being the virtue of Courage.

There are many paths of courage. Some courage is quite easy to come by – after all, if you live in a land where daily survival is a struggle, standing against your foes becomes a habit almost reassuring. Such are the defenders of the Norguard, the knights of Valhold who have made a valiant stand for generations now, defending the lands to their south from terrors below the earth. When you are expected to man the battlements no matter what wizard-spawned abomination appears below, knowing that the survival of your family and your people depend on your will, courage becomes quite easy to find. Such were the Formorian wars, and the survival of the North.

Of all the creatures that were discovered in the Formorian era, none are more challenging, more fascinating and more terrible than the Kobold. Named, like the elves to the south, after a legend long forgotten, the Norguard at first thought them oafish and weak. They were not huge of stature, nor were they particularly savage in their first combats. Yet, the kobolds, like the men they fight, are far more than an initial glance would suggest. They are far from stupid; in fact they may be among the cleverest of mankind’s foes. They form armies, fight with tactics learned from hundreds of battles, and use unique weapons forged with their own knowledge of metal and steel. In fact, the few who have survived the kobold warrens report a level of industry in many ways beyond that of man.

The kobolds are not stupid, traveller, oh no. They know that the first, instinctive reaction of men to their appearance is that of scorn and laughter at their dimunitive size. It has, in fact, shaped much of their culture – and yes, the kobolds have their own culture, tales and loves. They have a sense of honor, in many ways more than those men they fight – and this irony, they too are well aware of. They know we men scorn them, and it drives them into an even more furious hatred of us. They call us weak, traveller, and honorless, and craven and corrupt, and worse yet. And from their viewpoint, they are not wrong. You will discover that, too, traveller, if you have the courage to see.

They consider it their duty, their own courage, to cast down the defenders of Valhold from their base in the Thrones of Skrekk. The few prisoners that have been taken have one, only one message, full of scorn and hatred returned for the race of man. That message is simple: they will never stop.

There is so much we could learn from kobolds, traveller, if we had the courage to. But courage can be very difficult to find, especially in the midst of a war of generations, a struggle of peoples. King Granus, from his throne in Valhold, has the courage of armies, and of warriors, and of a guard never lifted, a shield grown heavy from being borne so very long. It remains for you to deliver the courage of wisdom, and to see if that message can still be heard.

For if you cannot, it may be that man is no longer the master of Novia…

And here is the map puzzle piece that corresponds to this week’s Story Sneak Peek #5: 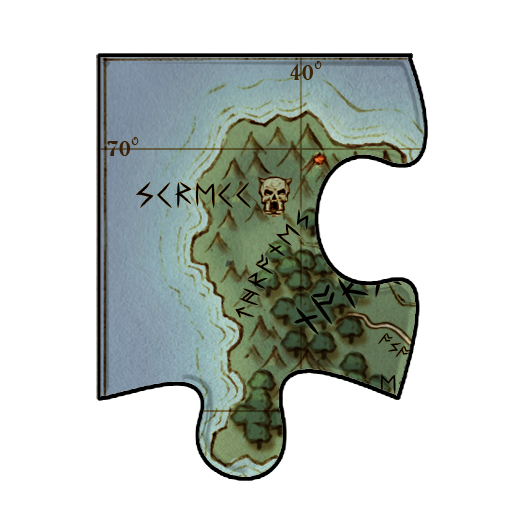 Earlier this week, Starr Long (SotA’s Executive Producer), posted our Early Access Release Schedule on the forums, outlining the estimated dates and content for the first four public releases of Shroud of the Avatar. Here is that posting in it’s entirety:

We are incredibly excited to get Shroud of the Avatar: Forsaken Virtues on your desktops very soon! As you have seen via our updates and progress videos, we have been making steady progress since our successful Kickstarter earlier this year. We have built out sections of the world while also developing housing, combat, crafting, conversations, AI, story and inventory. As our backers, you have a critical role to play in our development by providing feedback on design and soon the game itself.

As a crowd funded and crowd sourced project, we feel it is incredibly important that we provide our backers with information and access well before game studios would normally do so in a traditional development model. Traditionally, the players are given information and access only after the development team has already decided exactly how things will be done and even after it has already been implemented. By the time the public has access to the product, there is usually no time to meaningfully react to the public feedback.

Shroud of the Avatar is different than the traditional model, as we intend to offer our backers extremely early access to information and even the game itself. With that said, we also want to be very careful that we only provide access to portions of the game when they are ready for a wider range of feedback. If we can play it internally and we know it is not ready, then there is nothing to be gained by having a wider audience come to the same conclusion. In fact, it could be quite damaging to do so.

Our strategy over the next few months is to provide you with focused and iterative releases of content. Your feedback during these releases will be critical to making the final product the best it can be and we appreciate that you are all so willing to devote your time to helping us. The first few releases will be very tightly scoped so access will be confined to a few days. With Release 4, we will have a representative game loop and we will likely increase access time. Please note that game data will be wiped periodically during early access.

Below is the currently planned schedule for releases over the next few months. It is important to note that all dates and deliverables are subject to change.

Thank you again for being such an amazing community who has selflessly given us so much. We are humbled that you have faith enough in us to provide us the financial backing we need to make this game. We cannot wait to share more with you when it is ready.

We welcome you to join the conversation about our Early Access Release Schedule on the SotA public forums.

Next in our parade of homes is the Founder Baron City Home, only available as a Founder reward in the Baron level pledges. Bob Cooksey and Michael Hutch have knocked it out of the park again with this gloriously elegant dwelling, custom-crafted to befit a Baron’s regal status. A spacious three-story mansion with two front entrances and a rear exterior stairwell to the second floor, comprised of nine rooms, with open-air decks on the second floor, third floor, and roof-top! 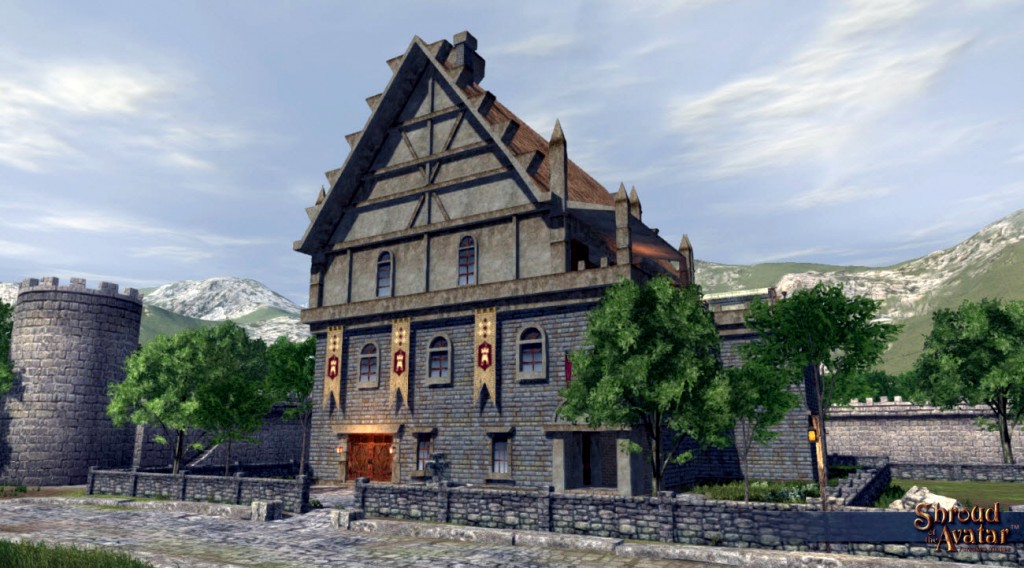 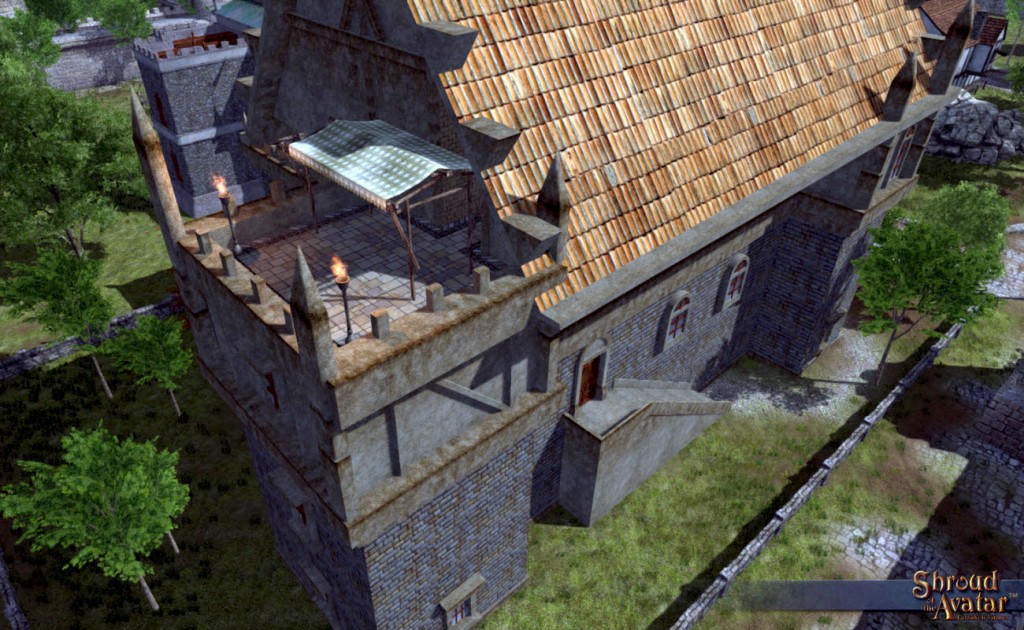 Here is a side-by-side view of the Baron City Home, the Lord Town Home, and the Shingle-Roof Village Home (that comes standard with a Village Lot Property):

Here is an overhead view of the Baron City Home, the Lord Town Home, and the Shingle-Roof Village Home. You can also see the different sizes of the City, Town, and Village Property Lots: 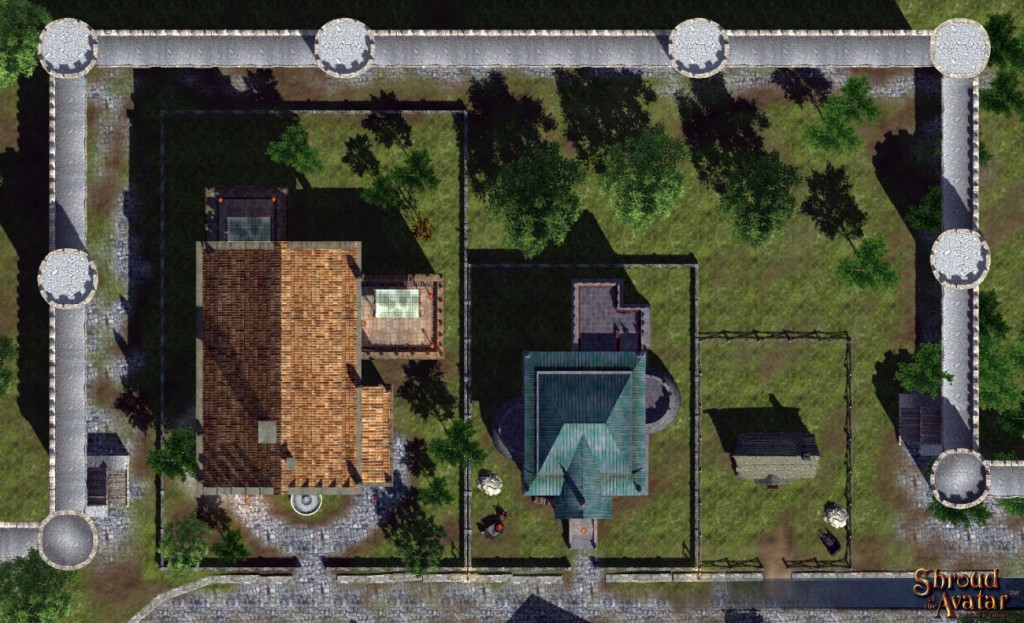 Recruit-A-Friend Winners Announced in Next Update

We had hoped to be able to announce the winners of the Recruit-A-Friend Special Promotion this week, but we are still tallying the results to make absolutely certain that everyone’s recruits are getting counted. If you recruited any friends, please check your account page to make sure all of your recruits are accounted for. If you feel any are missing, please email report to support@portalarium.com.