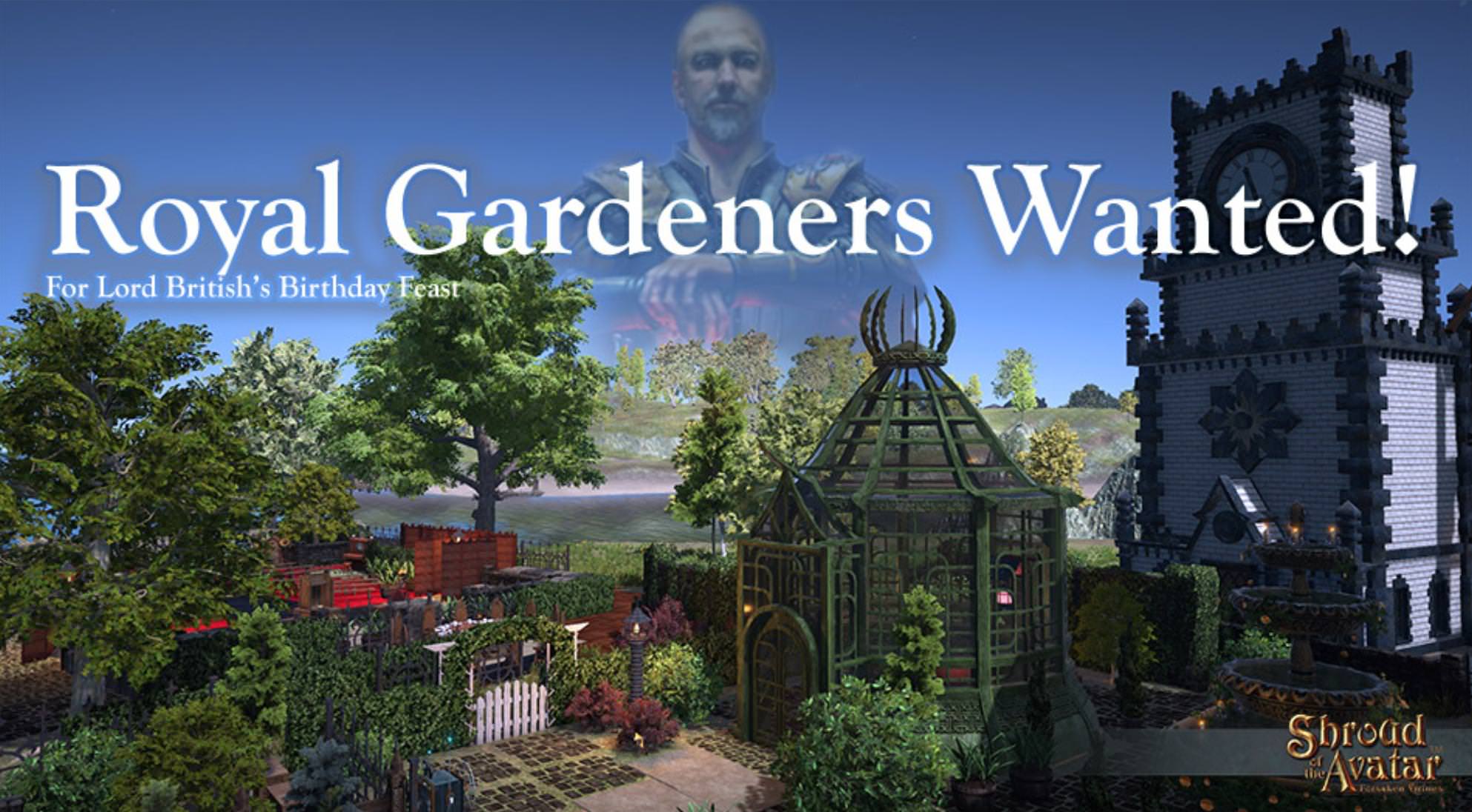 ​Once upon a time, somewhere in New Britannia, a mysterious Outlander arrived.
Nothing was known about his origin, a curious place today known as “The Otherworld”.
Nobody knew of his intentions and the reasons of his arrival.
Nobody, not even the outlander himself could have forboded the fateful consequences of his arrival. Consequences that were to change New Britannia forever.
He, who was the first Outlander of our lands, is today known as Lord British, the keeper of Virtues.

On July 2nd we want to gather with you in our beloved New Britannia and celebrate a very special event: Lord British’s Birthday!

(See the program here). Inspired and amazed by the magnificent beauties, that the Community has built over the years in Novia, we want to ask you, the Community, to design the garden/plaza of Lord British’s Birthday Celebration during this contest.

The contest begins on Tuesday, June 5 and will end on June 26, when Portalarium will decide upon the best garden(s).

The submissions will be judged by their creativity, fanciness and/or originality.

The group of gardeners whose garden will become chosen “Royal Garden” shall receive:

Up to two other beautiful gardens shall receive

Once the prizes are handed over to the group leaders, the event is concluded.

Any discussion related to the distribution of prizes are to be discussed with the members involved privately and not in public.

Portalarium and Travian Games will not intervene in any discussions about the prizes after they have been handed over to the group representatives. 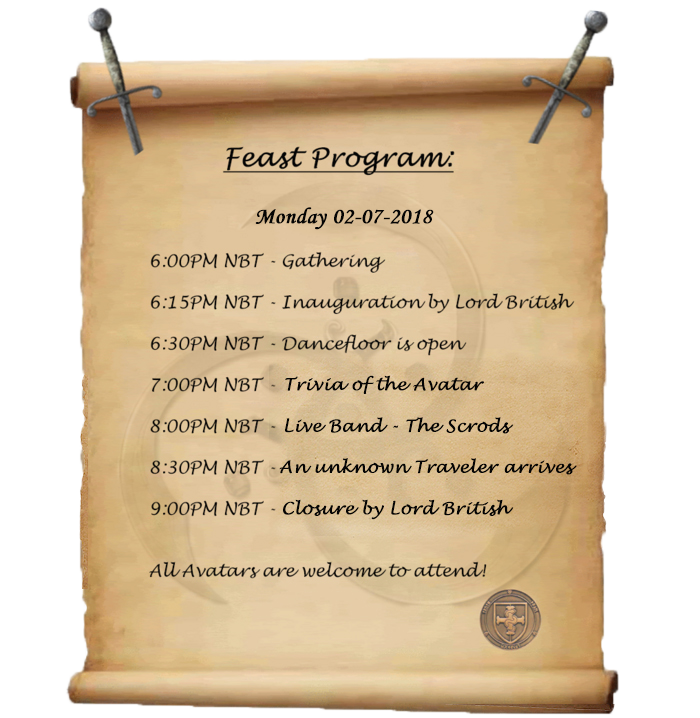