Thank you for being a loyal backer and follower of Shroud of the Avatar. Release 35 access for all backers at First Responder level and above begins this Thursday, October 27, at 10:30 AM US Central Daylight Time (15:30 UTC). 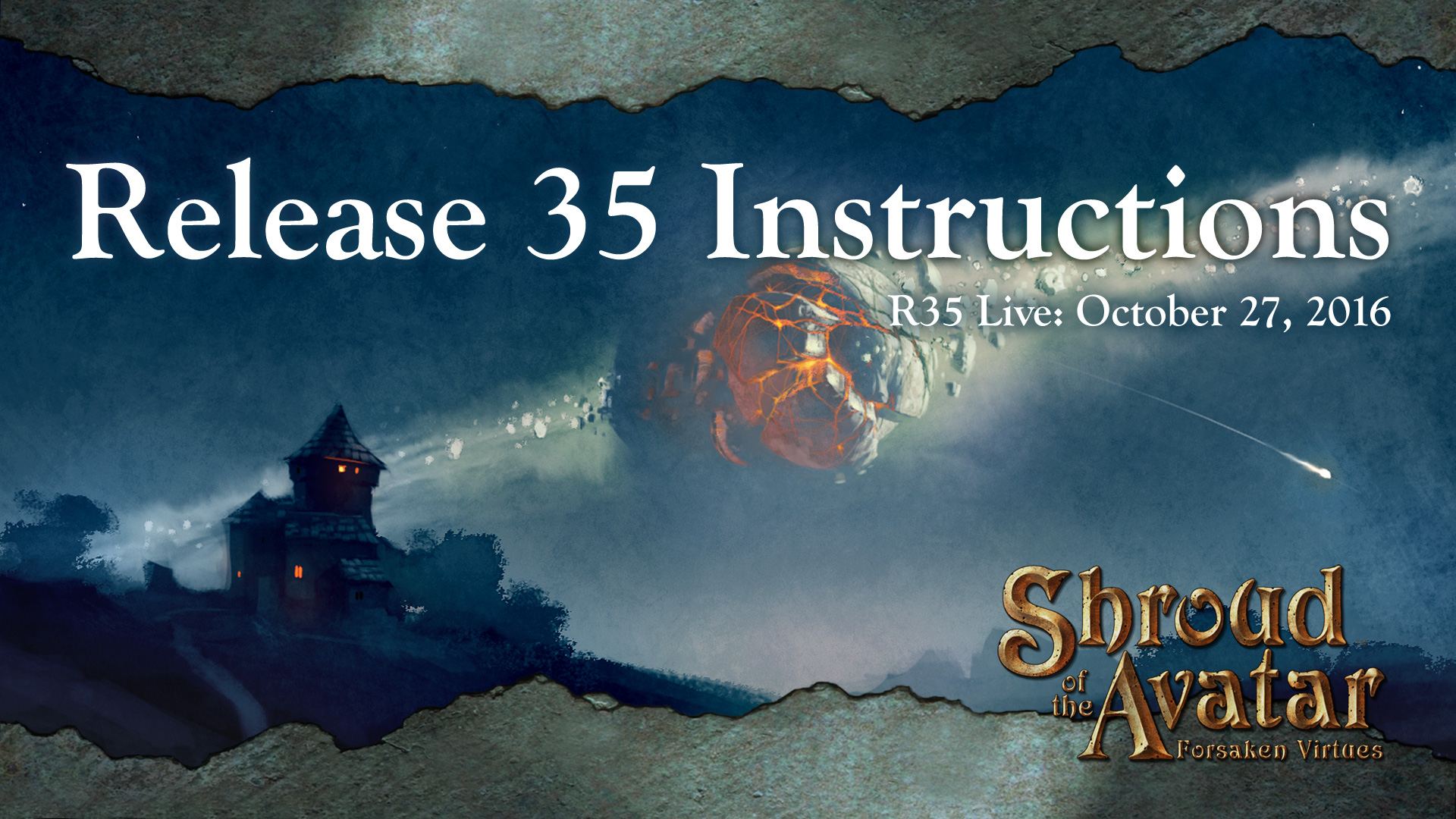 With Release 35, we have continued polishing the Path of Love storyline. Ardoris continues to be our main focus with lots of fixes, polish, and additions to the city and the quests leading from it. In particular, the Tower of Shuttered Eye is no longer a side quest, and has been fully incorporated into the main Path of Love storyline. It has also been better balanced to match the players expected levels at that point in the story. While we did make progress on the region specific clothing for Perennial Coast, even getting new NPC faces for several characters including Min Liang Tan, the region clothing will not appear in game until Release 36.

When we first unveiled Shroud of the Avatar in our Kickstarter, we showed Roving Encounters on the Overworld with flying Dragons and rolling gypsy wagons. We have finally returned to that original vision! No longer are encounters on the Overworld map hidden as random surprises over which you have no control. Now, the encounters are actual creatures that move about, and that you can choose to either engage or avoid.

With Release 34, we did a major overhaul to the cooking system, and we are continuing that with more recipes with higher level effects. We have also added the ability to gather water, and planters now indicate whether the plants have been watered or not. Finally, we have added more plants to agriculture which, when combined with water gathering and more gathered ingredients, makes cooking a much more self-sufficient profession than the previous implementation in which it relied much more on purchased ingredients.

While we are getting closer to launch, we are still in a constant state of change, and we do not yet have all the in-game systems to inform players of these changes, or to share ways to help them to explore new content and systems. This means we rely mostly on this message, and the linked instructions and known issues to convey the current game state. We regularly have to answer questions or filter bug reports because some players elect not to read this valuable information.

Also, remember that while we are providing new content with each release, our community is working overtime to make new events for you to enjoy. Be sure to check out a couple of the event calendars run by our community members (via in-game book or the player run websites: Avatars Circle and Events of the Avatars). You can also get the latest official events on the Main Website.

Without further ado, here is a list of what you can expect to see in Release 35.

Toons with Tunes with Strider Green and Frogs!