The Making of South Longfall Wetland

We are focusing the next few releases on building the mid-level and lower tier scenes near the cities along the paths of Truth and Courage. Most of these scenes have been clones of other scenes and will now be replaced with completely original scenes.

I have a few screenshots of our update to South Longfall Wetland! The new areas includes a maze of poison gas, an abandoned village, a raft flotilla inhabited by pirates, and a secluded witch’s hut. This is still a work in progress, but feel free to leave feedback. 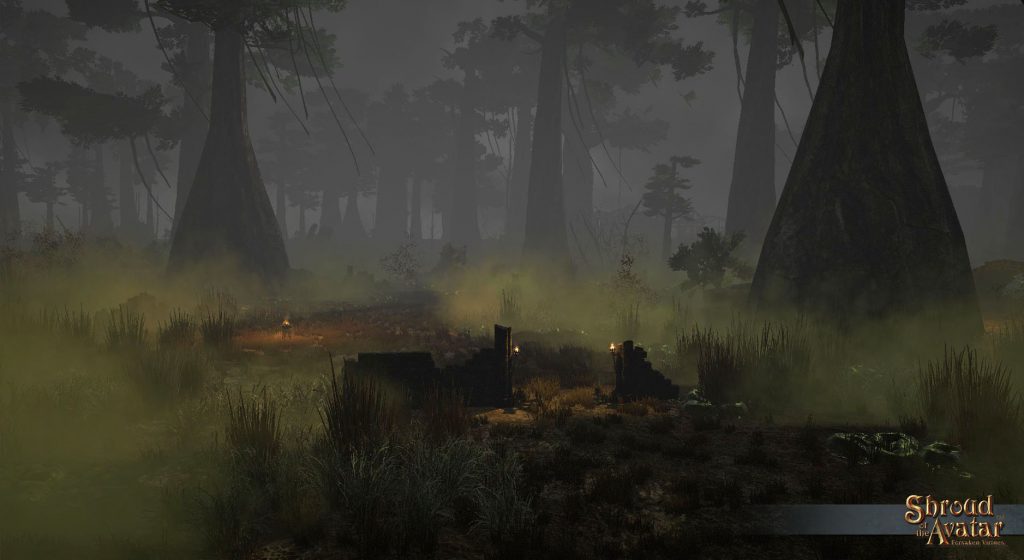 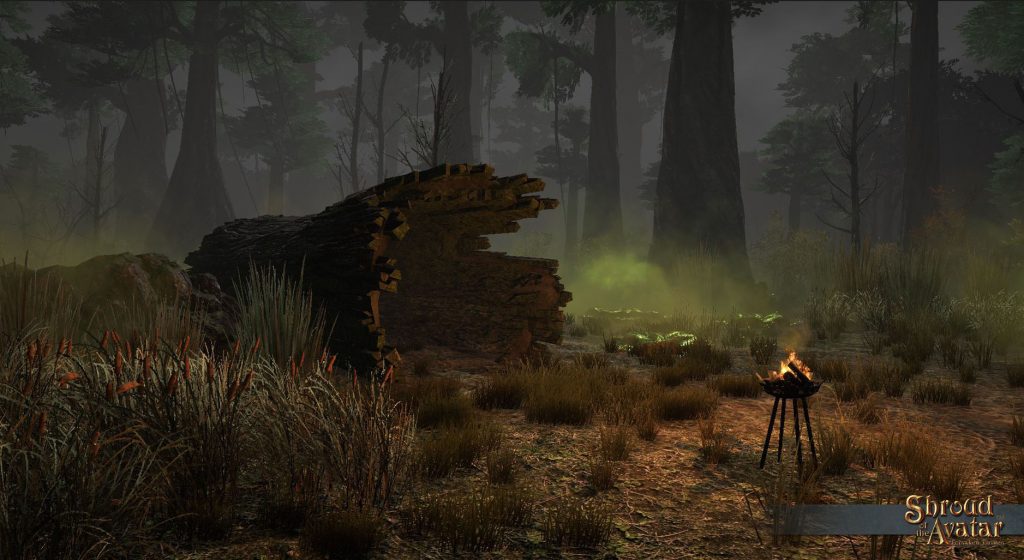 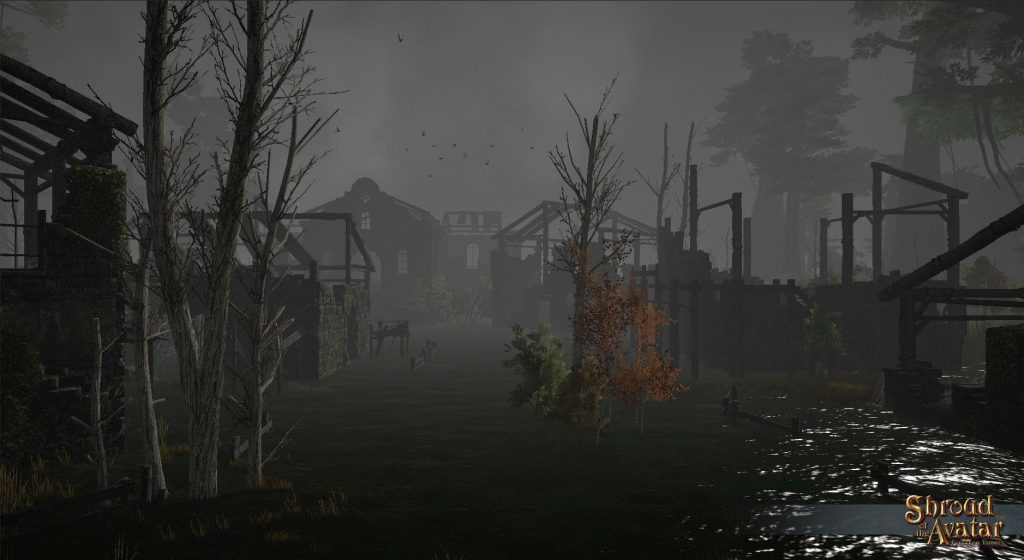 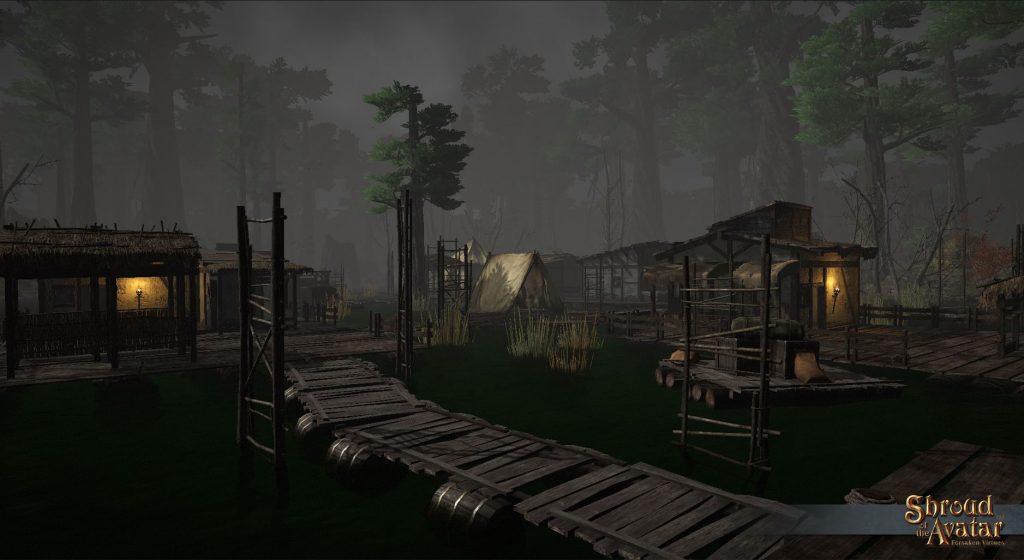 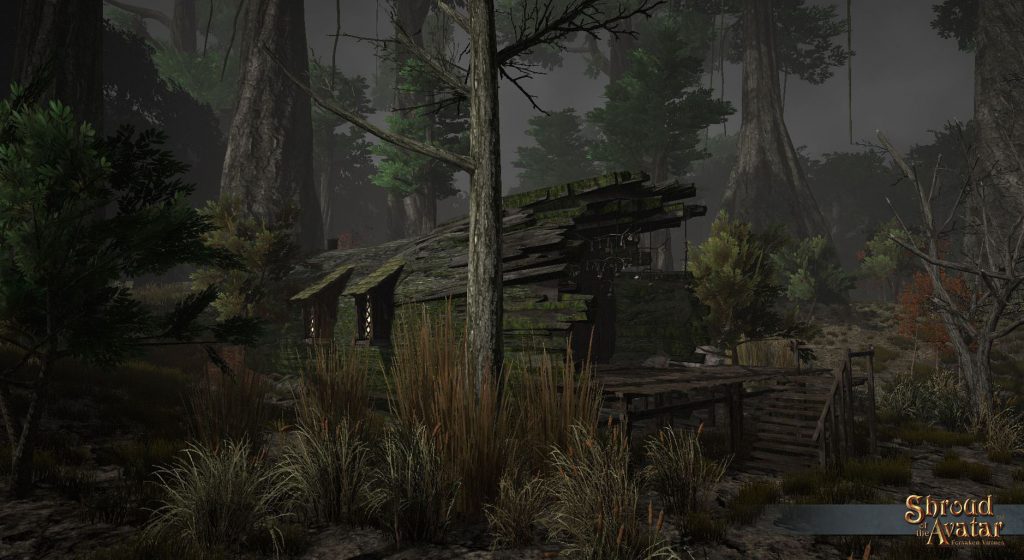 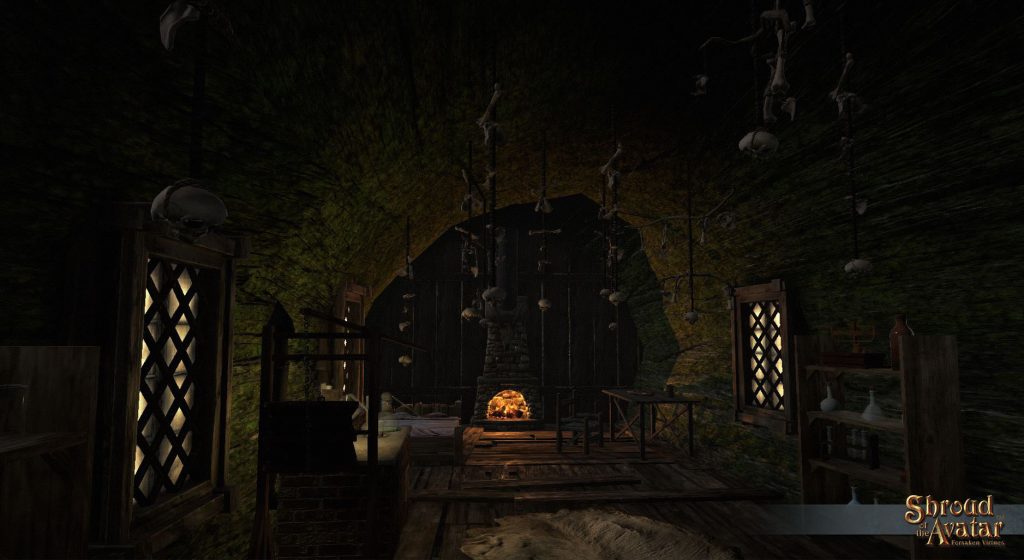 The Making of Crooked Shank (cont.)

I journeyed out of town, but doubled back as every map of the region I’ve found says the Elven village I was searching for initially should be here. Having given up, I stopped for a late dinner and met more of the locals. 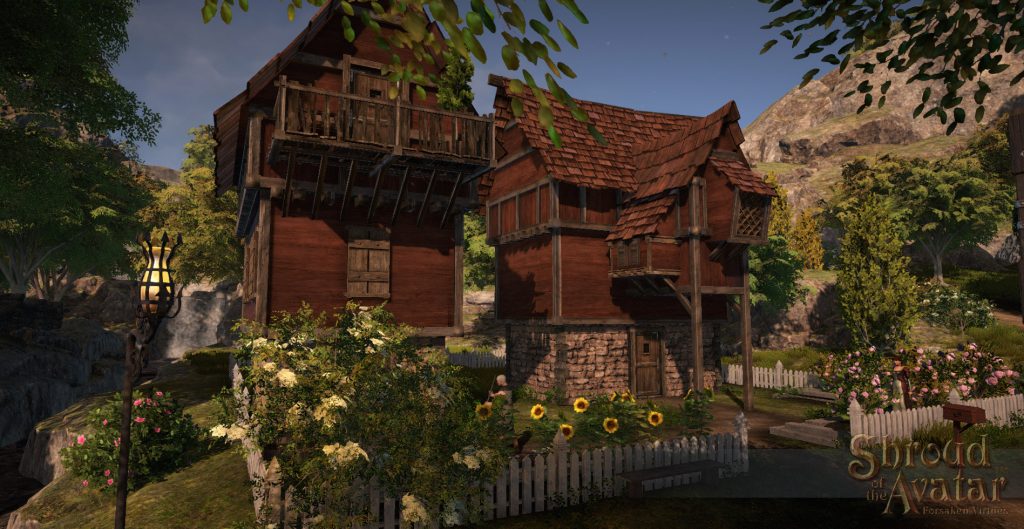 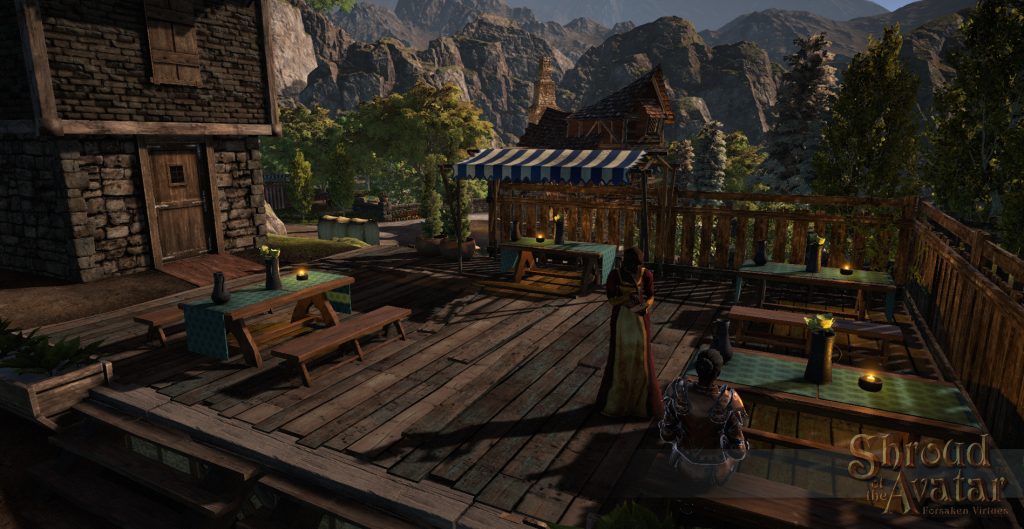 It looked like the townsfolk were preparing for some kind of spring festival down by the river. 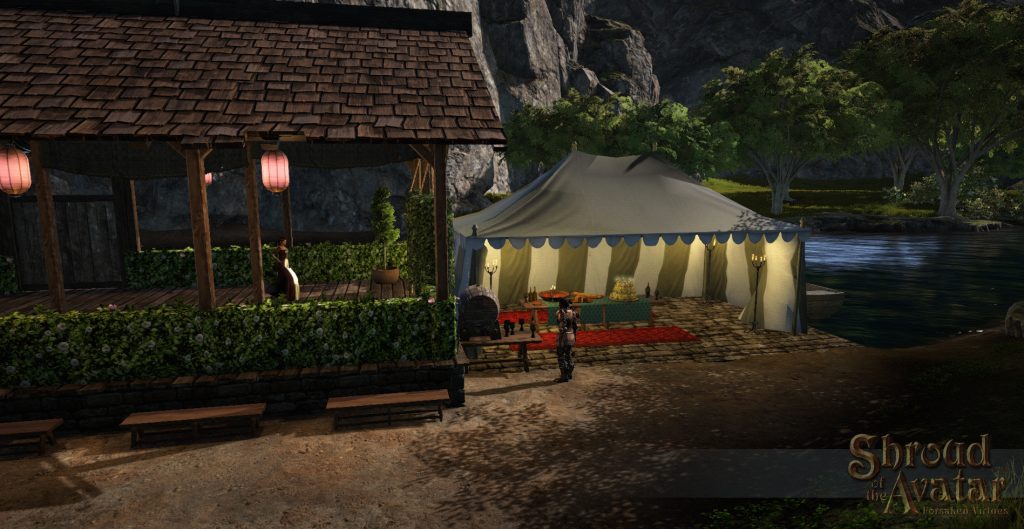 Fed and rested, I made one more attempt to find the Elven Village. I did find a winding game-trail that led to an odd hatch. This led down a dark ladder-way. Once inside the chamber below, I was immediately accosted by angry elves. 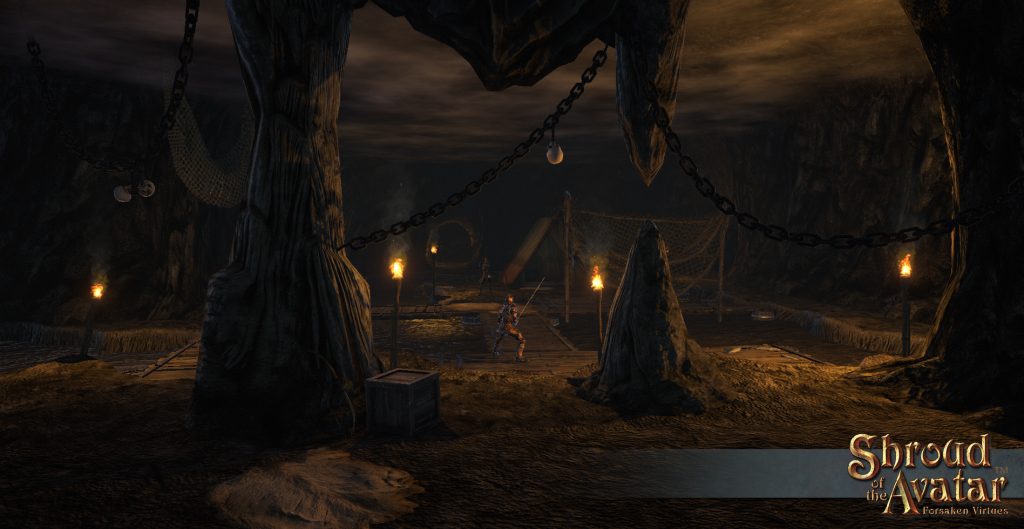 Probing further into this hidden network of caves, I found nothing but trouble. 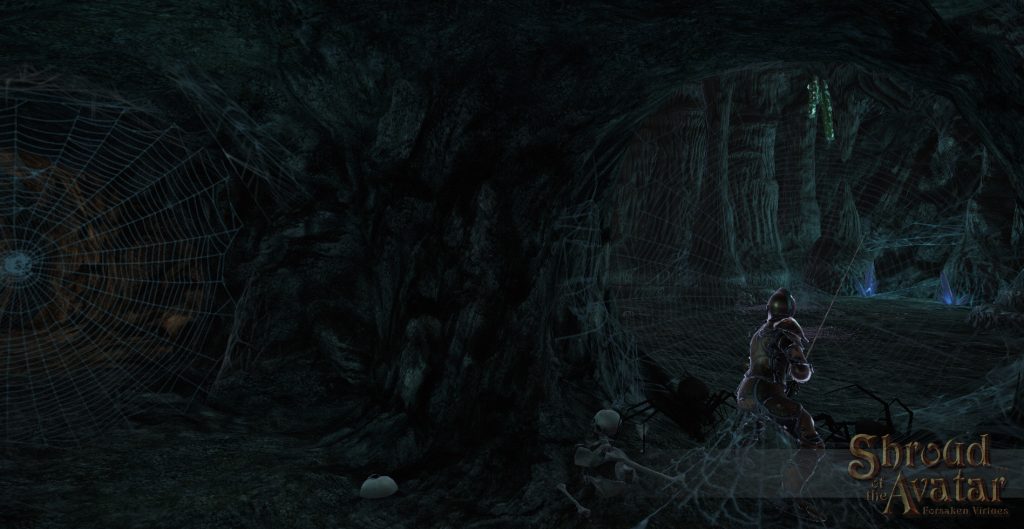 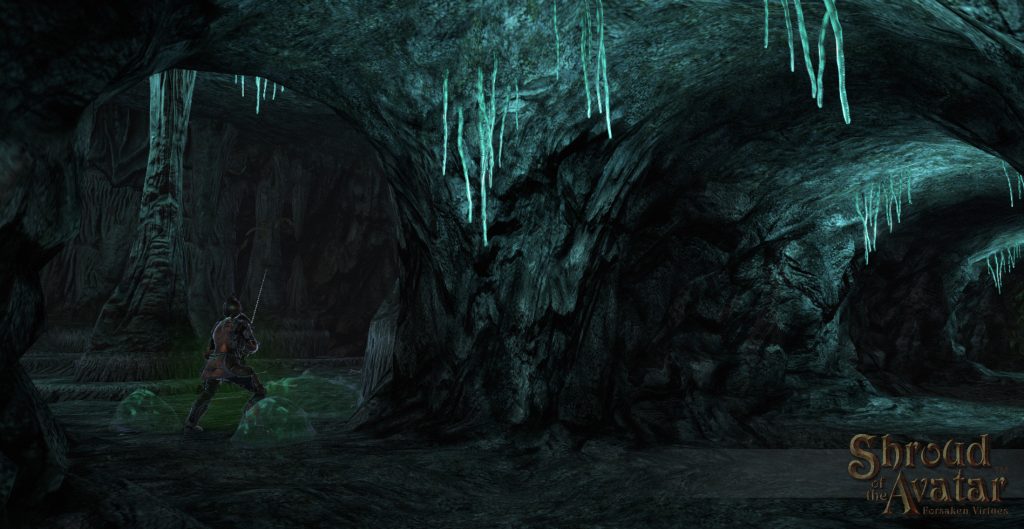 Hey guys! SorcerousSteve here to give you an update on North Shattered Hills! This week I have started polishing up the worldbuilding on the map and started spawning resources and creatures!

Below we can see the ancient remains of the Wizard’s Tower that blew up and caused the immense crater. At the epicenter of the explosion green goo and irradiated earth can be seen. This source of black magic has also given growth to extensive vines and roots that have taken over the crater. 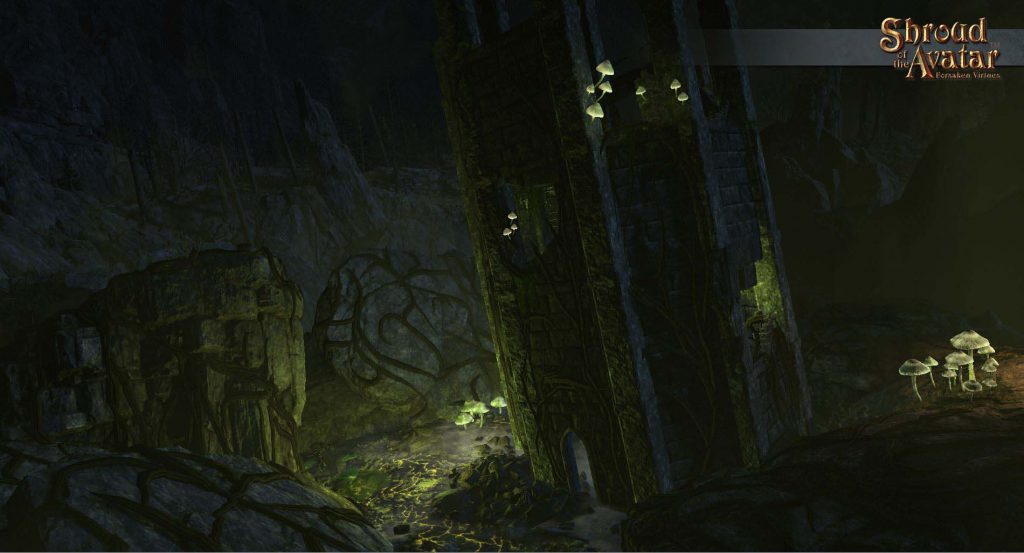 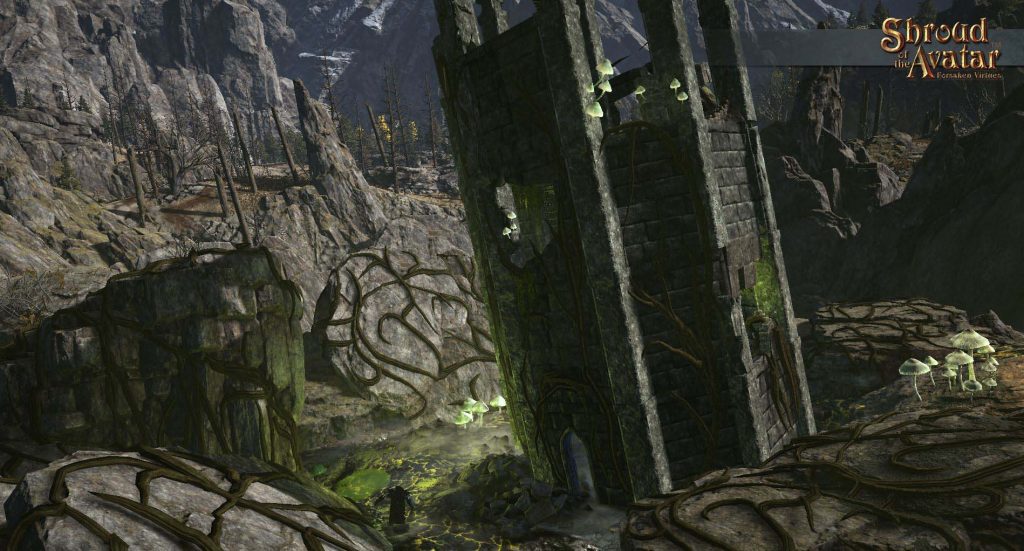 Sunset at the heart of the crater with the Pillars of Night in the background. 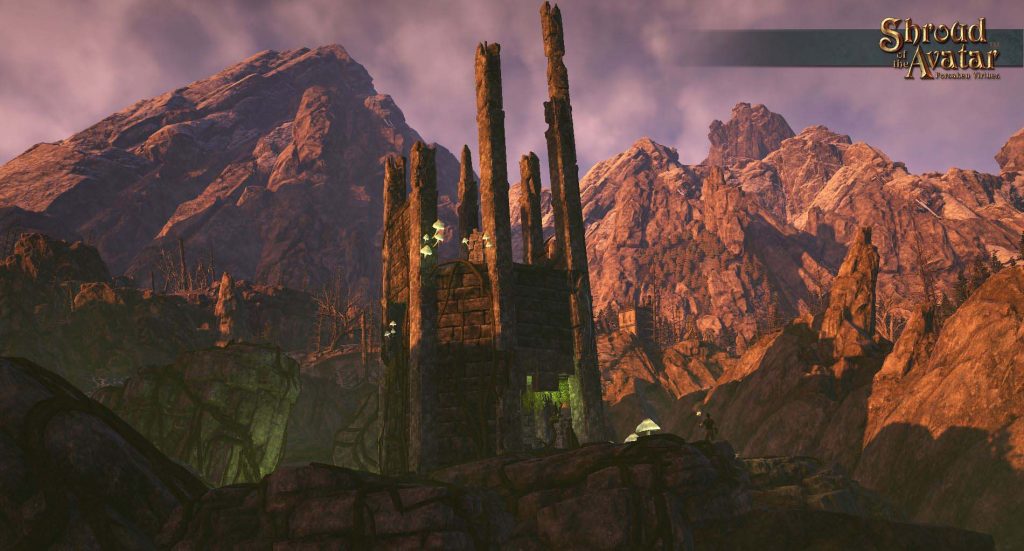 An abandoned village to the Northwest that now lays in waste. A chunk of the old wizard tower can be seen in the background having been tossed by the explosion all the way over here. 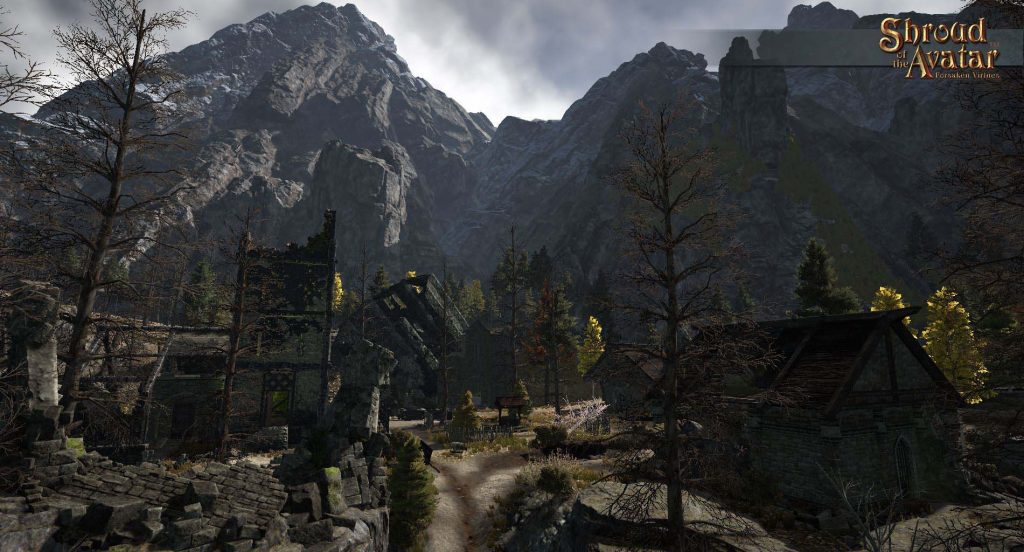 Several buildings lay in ruin as pieces of rock and debris got flung out. 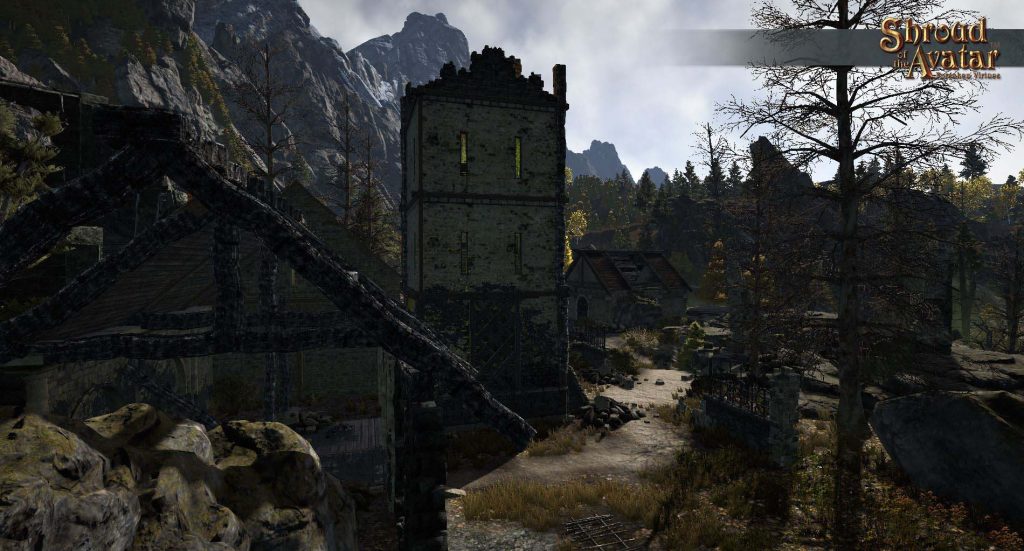 Meanwhile down at the crater Underdwellers have made home in some of the tunnels, a pair of bloody feet can be seen leading to one of the tunnel entrances… 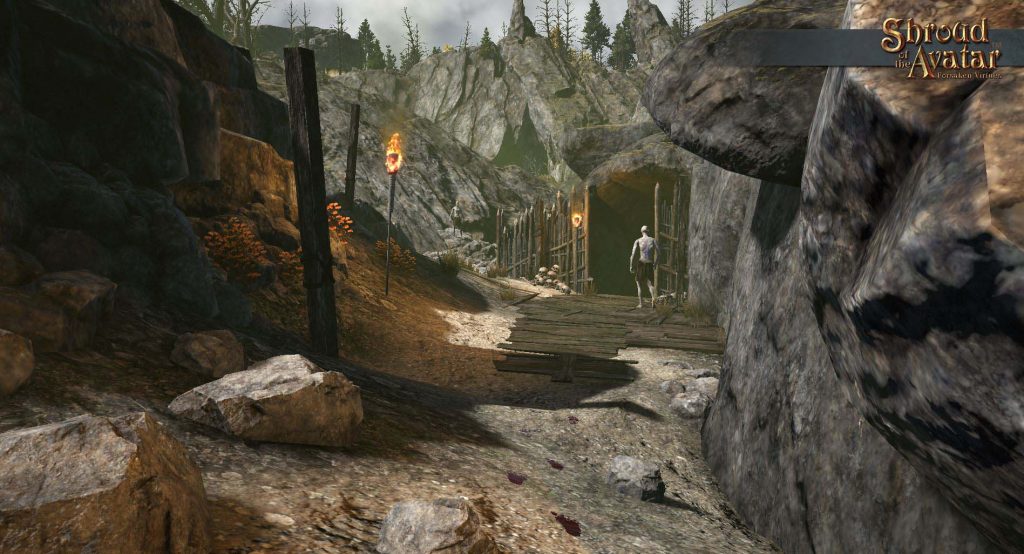 Keep an eye out for North Shattered Hills coming this R46!

As we transition from being a developer to also becoming a full-fledged publisher, including working with partners like Travian Games and Black Sun Game Publishing, we are reviewing all our public announcements and how better to bring them to you.

One of the adjustments we’ve identified is a need to shorten the titles of the previously titled “Update of the Avatar #244: 08/09/2017 – All the title additions here that wrap for four lines” to a single lined titled “Avatar’s Update #244: One Single Line Here…”

We will be making this change immediately with this weekly update. Let us know what you think of the new format! 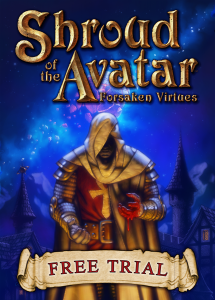 Free Trial Test #6 is now live and will run from September 7-27th. As with our previous tests this will let us continue to gather data about uptake, drop-off, conversions, etc. These tests are invaluable for us in order to improve the New User Experience and the Free Trial System.

Free Trial access allows you to play the entire game in any of the Online modes with a few key differences in game play. You will be able to explore hundreds of scenes, talk with thousands of players, adventure through the opening quests, and gain experience and skills as you get used to the world of New Britannia!

Join us in New Britannia for free!

Our Release 45 Postmortem Mini-Telethon was a huge success and we achieved lots of our Stretch Goal Rewards! A heartfelt thank you from the entire Dev Team to all of you, our backers, who have contributed to the development funding of Shroud of the Avatar. The telethon was yet another example of your amazing support and contributions!

The total raised from the telethon was an amazing:

As promised, Telethon Funding Stretch Goal Rewards will be rewarded to any backers that pledged a minimum of $5 on September 6 from 12:00 PM to 11:59 PM CDT (Spending Store Credit to make $5 minimum purchase does not apply). These rewards should show up on your account page within the next couple of weeks and will begin showing up in the game over the next few releases starting as soon as the next release.

NOTE: We stopped tracking towards stretch goals at the end of the telethon at 7:00 PM CDT.

We had deep dives, answered questions, danced, sang, did shots, spun the Wheel of Fortune & Doom, had flash sales, and handed out tons of prizes!

Did you not get your question answered? Fret not! Starr “Darkstarr” Long (with help from the rest of the team) will answer all the questions that we did not have time to answer during the telethon and post them in the forums early next week! 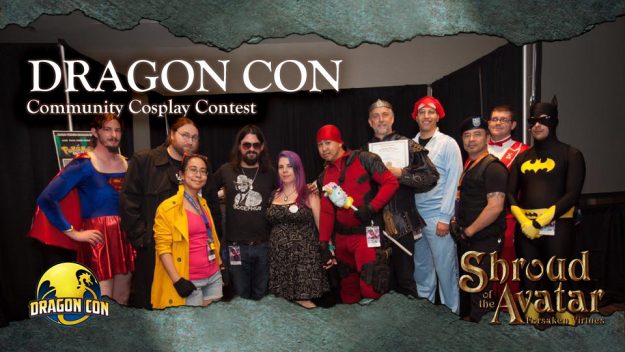 Congrats to the following Dragon Con Cosplay Contest entries! We announced them originally on yesterday’s R45 Postmortem Telethon. Amazing job to all in coming up with a cosplay costume so quickly for the contest! We are glad you all had a chance to meet Richard and Starr.

Winners, please be sure to reach out to community manager Berek so we can confirm which in-game outfit you would like! 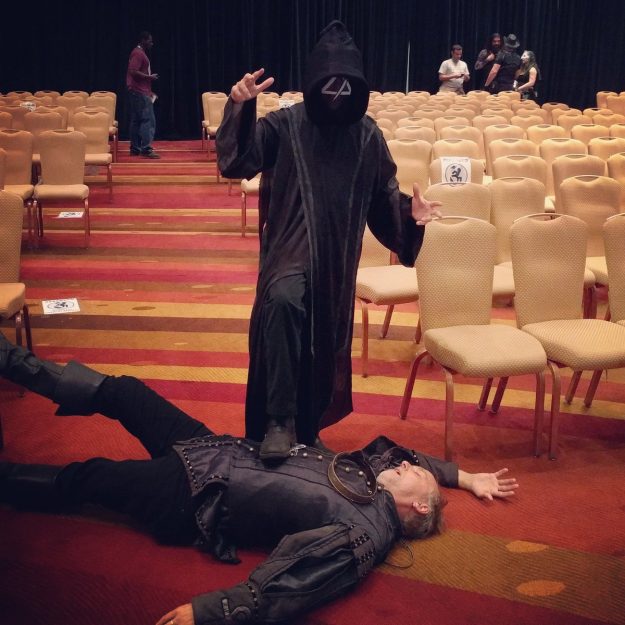 Second Place goes to @Mal_Hari_1 and his wife: 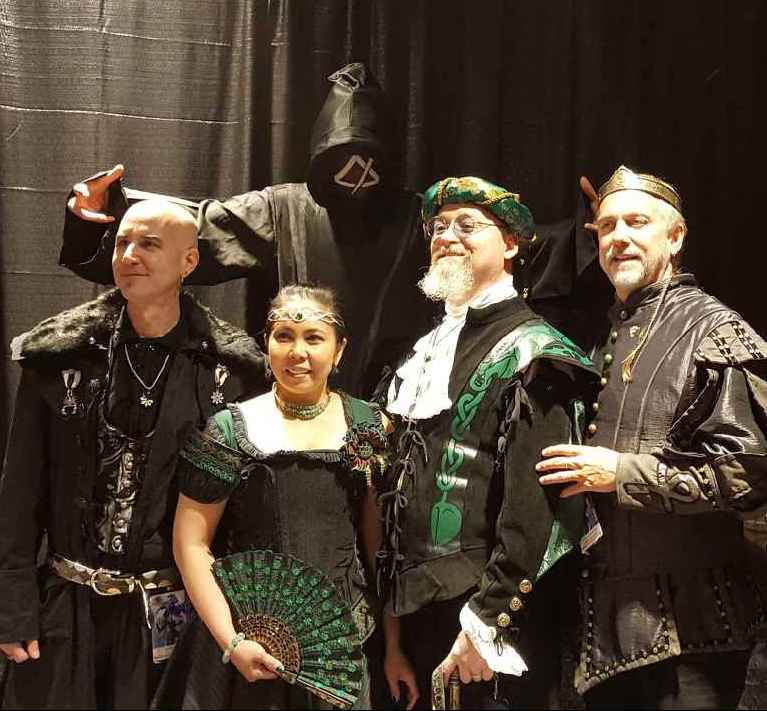 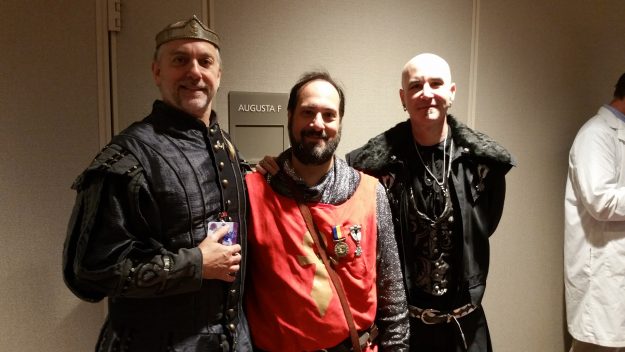 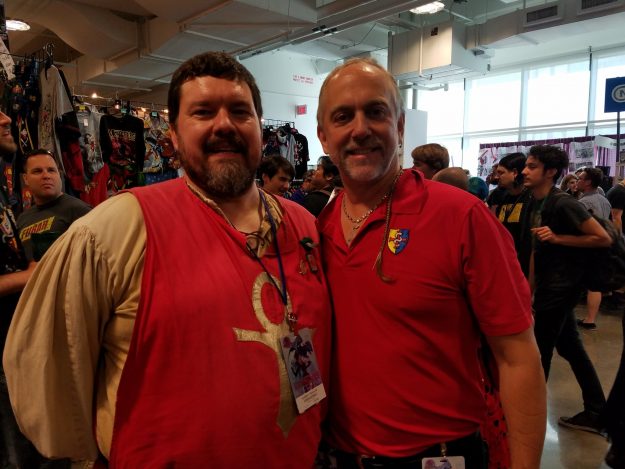 Honorable Mention also goes to @Eclipse_Maiden and the Deco Divas with @Justyn: 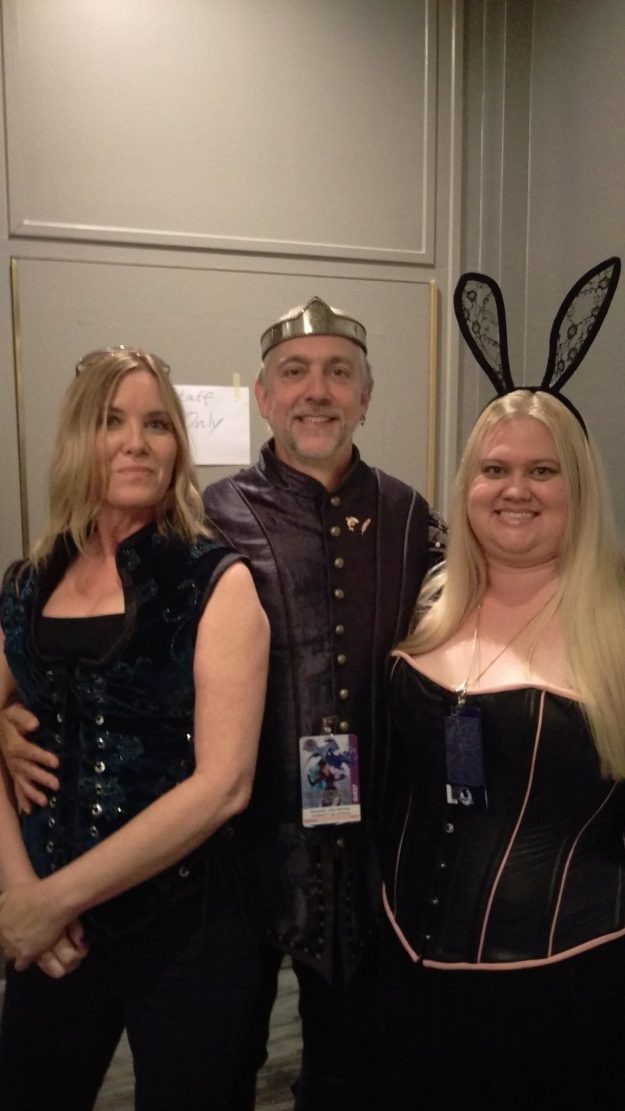 Stay tuned for the next contest, to be announced later this month!

In The News: Richard Garriott and Starr Long Interview at Dragon Con

Hank Garner at the Author Stories podcast show, sat down with Richard and Starr to talk about Dragon Con, Shroud of the Avatar, and more! Have a listen:

*Some items may be rounded to 20% by a few fractions of a percent.

In honor of the Norgard and Verdantis regional NPCs getting updated this past Release 45, we are putting all Viking related items on sale this weekend including all Viking bundles! NPCs updated included the citizens, commoners, merchants, and royalty.

Get a look at the items on sale below. You can also view each item individually in the Add-On Store:

Expect further refinements to the Norgard NPCs in Release 46!

Thanks to community member Birko for creating this amazingly intricate map of Novia, complete with all sorts of Release 45 details! Click the image to view the forum post with the enlarged version of the map: 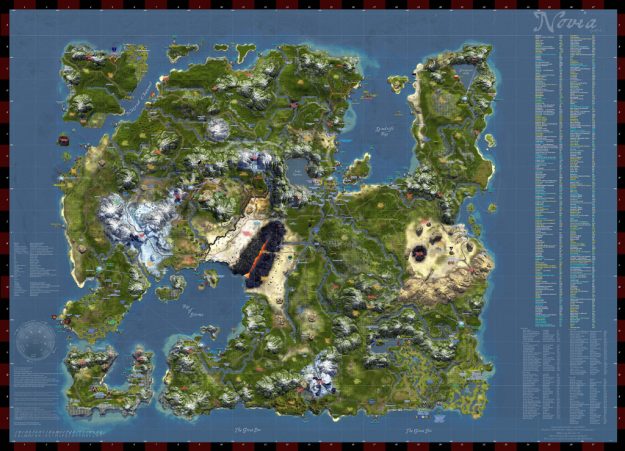 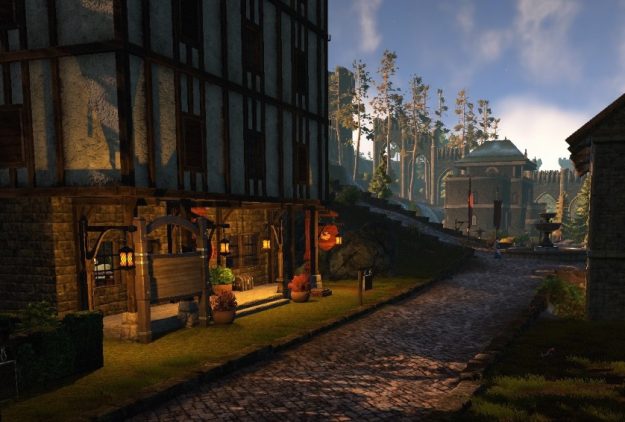 We are pleased to announce the opening of the Bookwyrm Apartments! Our bookstore in Central Brittany has expanded to include fifteen rooms for book lovers. We are giving them away! Here’s how to try to claim yours:

Starting in the month of September, everyone who buys a book at any one of our bookstores will receive one drawing entry per book bought. At the end of the month, we will randomly pick one entry to receive the use of one of the rooms in the Bookwyrm Apartments for a full (Earth) year!

Learn more about our bookstores and this giveaway in the forums.

Unknown Realm: The Siege Perilous is a new 8-bit fantasy role-playing game for PC and C64 inspired by the classic RPGs of the 80’s.

Why is it that anytime you ask an RPG fan what their favorite game is, they will almost inevitably name a game that was made 30 years ago? You know the games we’re talking about, games like Ultima, Legacy of the Ancients, Wasteland, SSI “Gold Box” titles, or some other game from the “Golden Age” of RPGs. Despite the high-end graphics and advances of modern RPGs, they still somehow fail to live up to the enjoyment found in these fan favorites of the past.

Let’s face it: those low-fidelity RPGs had something special. They had the perfect mix of presentation and gameplay that allowed your imagination to run free. Sadly, for some reason, game companies decided to stop making single player RPGs like this and thus abandoned a generation of RPG fans…until now.

We here at Stirring Dragon Games think it’s a shame no one is willing to make classic RPGs like this any more, and we’re just crazy enough to do something about it! 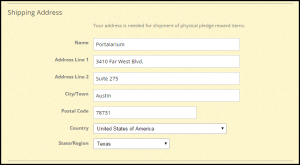 In preparation for shipping backers’ physical pledge rewards around the game’s launch period, on your Account Page, please enter your shipping address, log in to the SotA website, select “Account” in top right corner, then select “Edit Profile” located in top left corner, beneath your Avatar image.