The Making of The City of Aerie 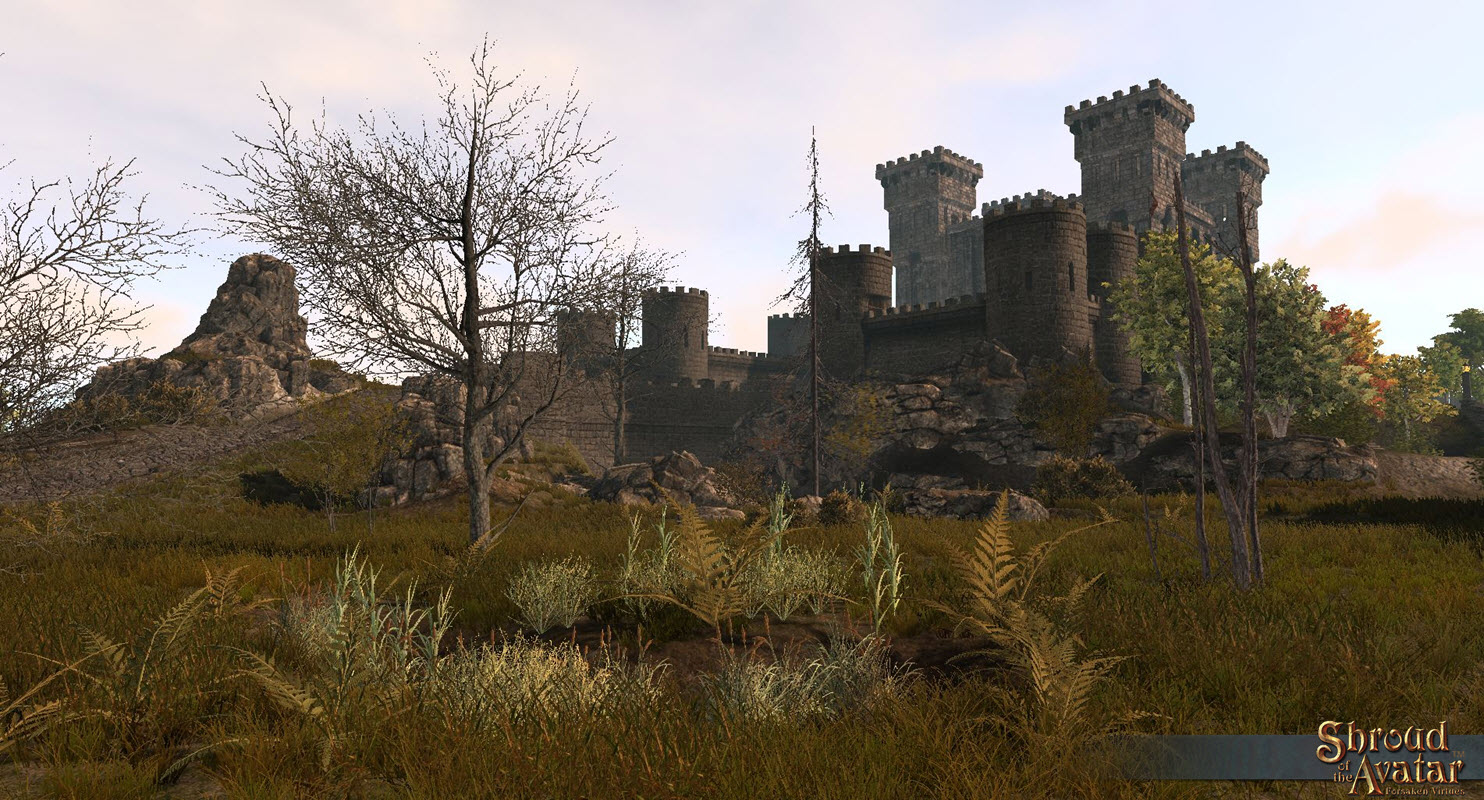 Shot of Castle Aerie at sunset

Hey guys, once again its SorcerousSteve and I’m going to give you a sneak peak at the upcoming City of Aerie!

Aerie is situated on the tip of the Longfall Penninsula, surrounded by prairies and swamps. It is the City of Truth, a scholarly place, rich in trade, and heavily reliant on wind power.

Inspiration for Aerie has come from chatting with Richard and other Devs about the strategic and geographical importance of coastal cities. 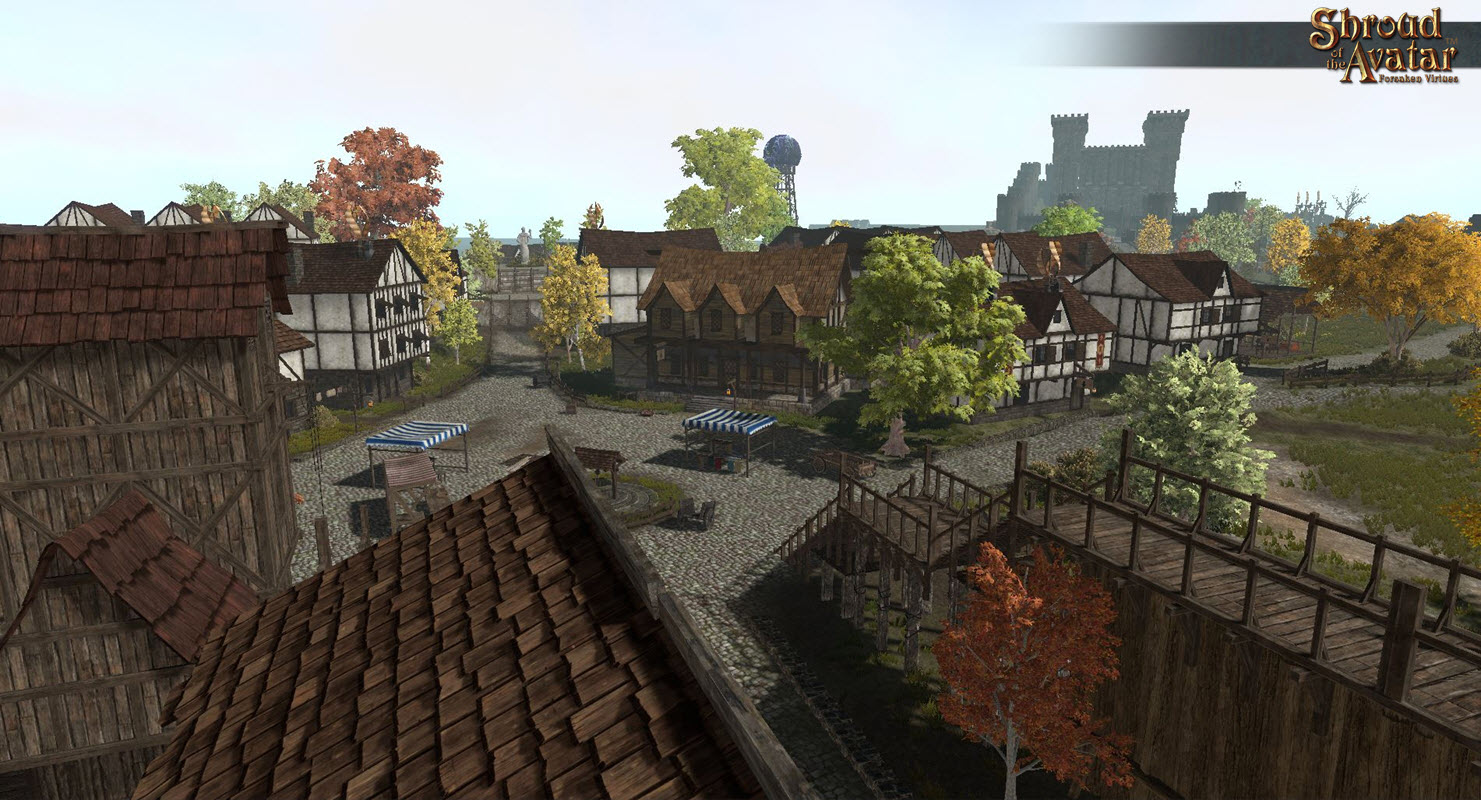 Looking North from the City’s Eastern Entrance, with Castle Aerie on the background, a central square with shops on the foreground, and the Titan of Truth up the street. 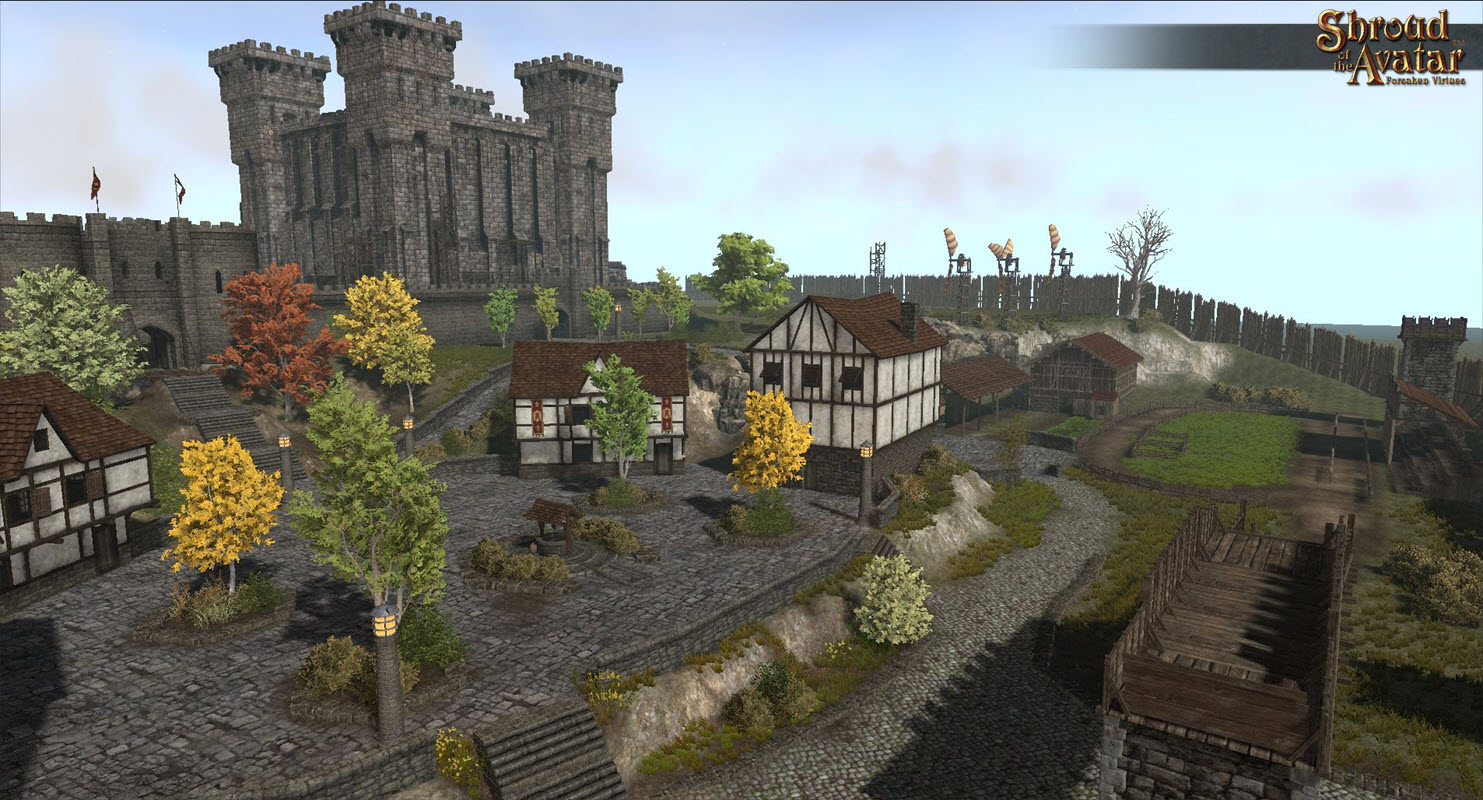 That same castle seen in the background of the previous shot, can now be seen up close near the city’s Northern Entrance and most affluent district. (Castle Aerie on the left, a central square with shops on the foreground, and castle grounds on the right.) 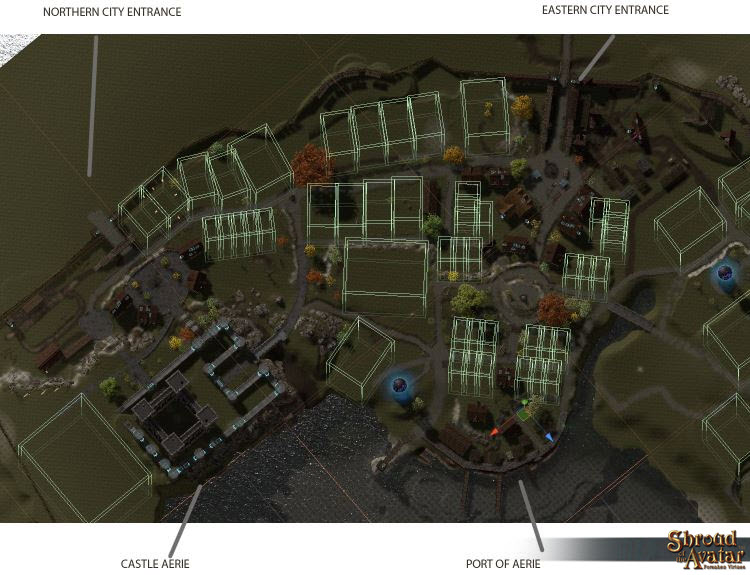 Current Layout of North & Central Aerie. Different areas of the city will have a distinct “feel” in representation of the inhabitant’s social class.

That’s it for now folks!
Stay tuned for the next update on progress for the City of Aerie!

Bren Wilson from our animations team put all the current avatar animations in one giant file for our Dev+ backers, including all movement, combat, magic, crafting, and emotes! These animations work with the 3ds Max Rigged Avatar model we released last year. Chris Spears posted the download information for the animation files in the Dev+ Forums today! Enjoy! 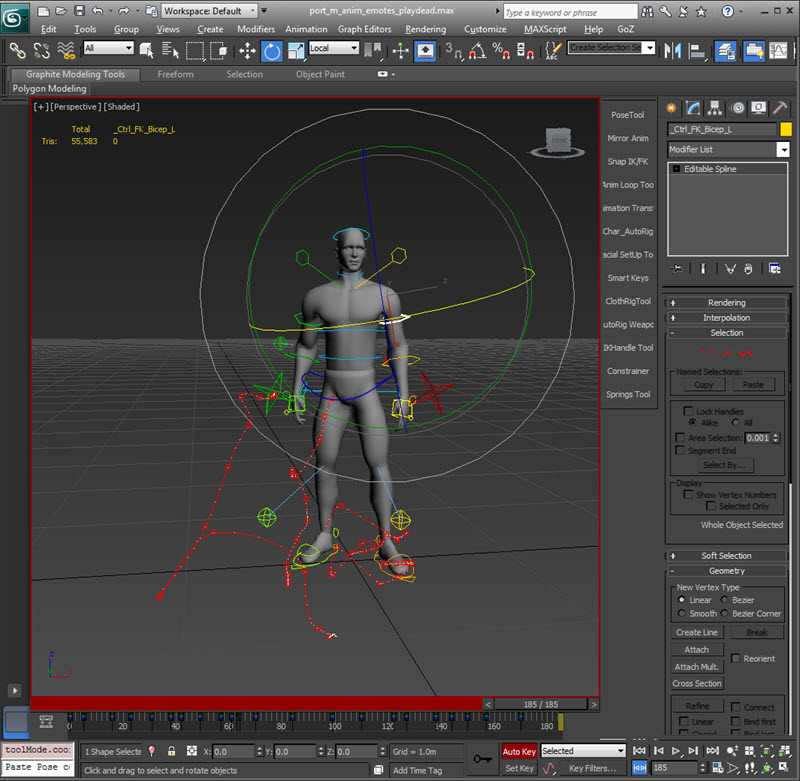 Unity Asset Packs containing original Shroud of the Avatar assets were included as a reward in the now expired Developer Pledge tier. However that reward, as well as access to the Dev+ Forums, will continue to be honored at the Citizen Pledge tier and above.

If you missed the previous Asset Packs, Dev+ members can download them here:

Hangout of the Avatar ~ Release 24 Postmortem

We had a great Hangout of the Avatar this week, with Richard, Starr, and Chris chatting about Release 24 and providing a sneak peek at Release 25. FireLotus fielded lots of questions and feedback live in the chat-room and from the original post! Here’s the video in case you missed it live:

Thank you for your continuing support of Shroud of the Avatar! This month, we’re seeking entries for inhabitants of the trading outpost of Kiln!

Kiln is just east of the Blackblade Mountains, and a short journey south of the fortress of Hilt. As such, its central position sees more than a few traders and adventureres passing through, including the mysterious fauns who silently serve their satyr masters. (It is rumored that one of the fauns rests here, recuperating, and may be more talkative than most…)

– Response to this will be on a first-come first-served basis for each call for responses. Kiln is a small settlement, and we are not asking for many NPCs this time. If your NPC doesn’t appear in Kiln, feel free to respond again thereafter. We have quite a few towns and cities to populate!

– When responding, please list a first and second choice for profession.

– NPCs for Kiln must be human. No fawns, please.

Still with us? Great! Here’s what we need this month:

If you’d like to have your namesake be a resident or visitor of Kiln, please respond via private message on this forum to me (Lum) using the following format:

NPC name:
NPC gender:
NPC profession (first choice): Innkeeper/ Merchant / Guard / Traveller
NPC profession (second choice): Innkeeper/ Merchant / Guard / Traveller
NPC background (optional): A paragraph on whom your NPC is, how they would respond to nosy outlanders poking about their business, what brings them to Kiln (or keeps them there), or anything else you’d like to add. We reserve the right to edit and/or reject any background that does not fit the lore and setting of the game.

Please specify in your submission that this NPC is for Kiln.

Thanks for your support, and see you in Kiln!

HoBLotH III: Lifeblood of the Hearth

A history of events…

Lords of the Hearth

On November 16th and 17th 2013, Rustic Dragon’s Hearth of Britannia opened its Indianapolis, IN doors to thirty Ultima, Shroud of the Avatar, and Lord British fans across the country for the Hearth of Britannia Lords of the Hearth (HoBLotH), a 1:1 recreation of the meal served just a month prior at Britannia Manor IV. There was Britannian food, plenty of libations, celebrity guests, themed activities, and a host of garbed attendees.

Legends of the Hearth

One year later, there was HoBLotH II: Legends of the Hearth. Forty-one adventurers from all over the globe and fifteen cast members turned Richard’s lakefront property of Castleton into Cove, the quiet hamlet East of Britain in the original Ultima games. Saturday morning, questers stepped through the red moongate and entered a living, breathing recreation of Britannia, complete with cloth maps, trinkets, quests, NPCs, combat, and camaraderie. Saturday was jam packed with activities including a may pole dance with the eight colors of Virtue led by SotA artist Scott Jones, tipping Dr. Cat for stories and drinks at his tavern, having their fortunes read by Penumbra, a live concert by Recap (a.k.a. The Space Bards), and so much more. The main focus of the event was to achieve Avatarhood through mastery of the principles Truth, Love, and Courage. However, Blackthorn was also present and offered participants the ability to gain Avatarhood through Mandrake’s alternate principles of Wine, Women, and Song. 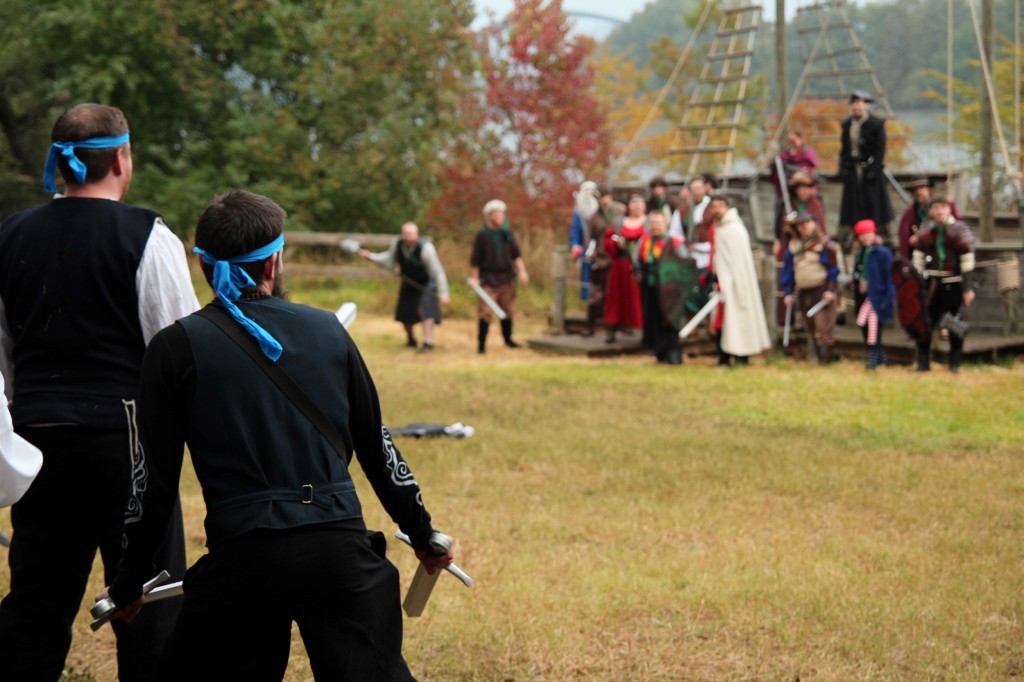 Lifeblood of the Hearth

On June 1st, 2016, HoBLotH returns! HoBLotH III: Lifeblood of the Hearth is a five day, four night live-action role-play event in the mythos of both Ultima and Shroud of the Avatar. This event will create the experience of being in Britannia and New Britannia in the transitional years betwixt the Age of Armageddon and the first events in Shroud of the Avatar. With the exception of a few select Hearth run quests, all quests and activities will be designed and run by the attendees!

Registration is to open to all!

To register, navigate to the
HoBLotH III Event Site
and click the Registration sign at the top.

Release 25 launches on December 17, so there are only two weeks left to complete the Release 24 Grand Tour Quest and get your rare Pilgrim Bonnet! If you need help with the R24 Quest, community member E N V Y has provided this helpful video walk-thru:

Want to make a statement and impress your neighbors? Then dress up your property with these epic Stone Creature Statues, including Satyr, Kobold, Bear, Elemental, Golem, and Zombie Stone Statues. Available individually or as a bundle in the Add-On Store! 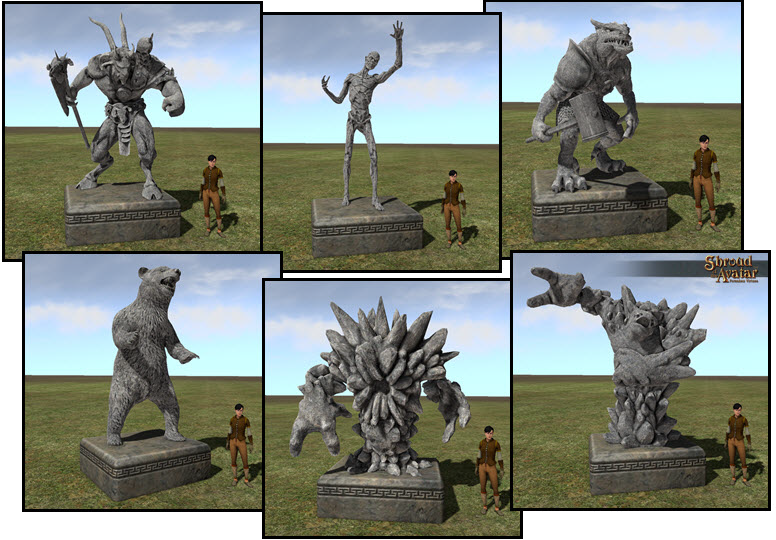 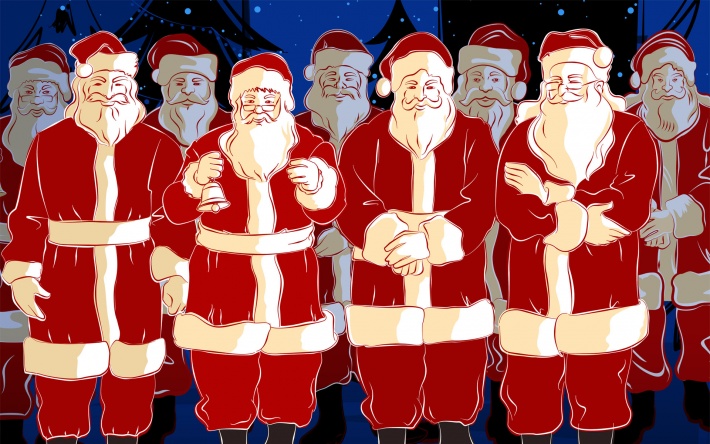 ‘Tis the season for those of us in the snowy North as well as those in the sunny South to once again gather together to eat, drink and be merry!’

And to add to the chaotic merriment, we are announcing that the contest theme will be……….

A drawing that includes all contestants (excluding contest winners) will also be held at the conclusion of the contest for a Mystery Prize!​ 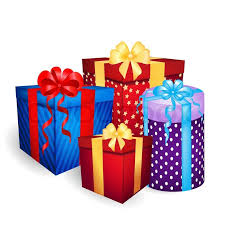 Criteria Entries will be judged on:
Original use of deco items
Cohesiveness of theme
Attention to detail
Wow! factor

We bid you all a happy holiday season! 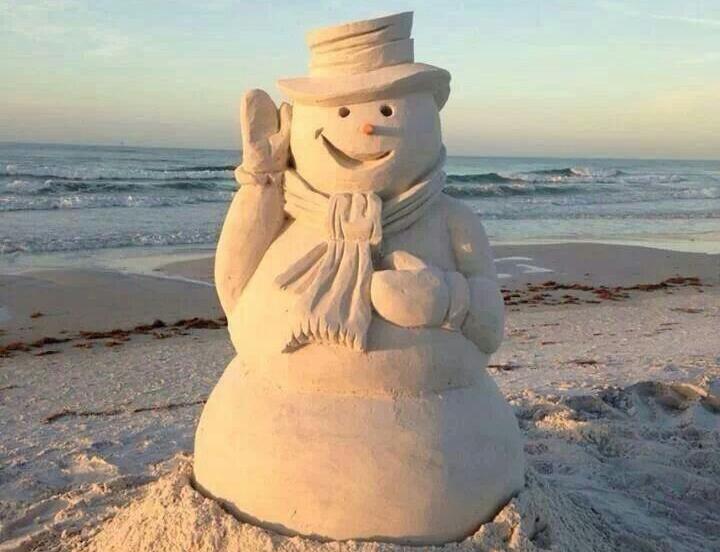 As major milestones such as Alpha and Beta loom ever closer on the horizon, we are announcing the Winter Reward Expiration Event that occurs at 10:30 am CST, January 4, 2016. This event includes the following reward expirations:

Additionally, the price will increase for several Add-On Store items.

Our amazing community has another great lineup of in-game events planned for this weekend. Special thanks to community member SpookyJenny (aka Jenny Phoenixfyre in-game) for her help in compiling the schedule of player events from the Avatar’s Circle Community Events calendar and the Events of the Avatars community calendar:

Be sure and check out the Release 24 Events thread in the SotA forums for additional events that may not be included here.

The Dark Unknown: A Quest for Art

The Dark Unknown is a free old school RPG inspired by and in the style of games such as Ultima. You play as a young hero of the realm, the younger child of the King, called upon when your brother declares himself in rebellion. Fight monsters, learn spells, solve puzzles and figure out the true meaning behind these events. It has been a personal project of the author for over 8 years now, and as it nears completion it is time to put all the pieces together.  Help them commission the best art possible to go with and in the game.

Mas aventuras en Shroud of the Avatar. R96.nAyudo a nuevo...